Being a college student myself and interested in all that is creepy and mysterious, I was inspired to write this list of the top 10 most haunted Colleges and Universities in the USA. I apologize in advance for those of you who attend night classes at any of these institutions. Please feel free to add your favorite college haunts to the comment section! We will begin with my current institution… 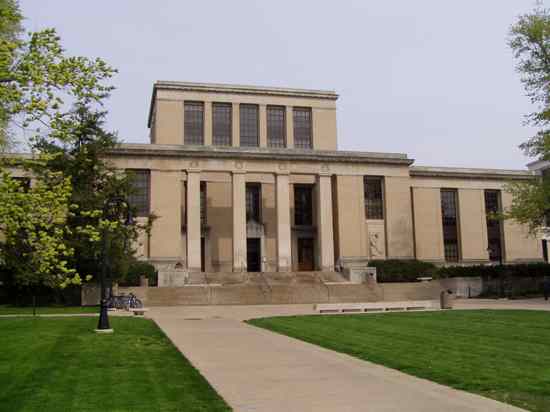 The inspiration for this whole list was the story of Betsy Aardsma who was a student at the university in 1969. She was doing research for her English class when she was stabbed to death in one of the aisles of books in The Pattee Library. Her murder goes unsolved even today. Her ghost is said to wander the library late at night. One student who was looking at books in the very aisle that Betsy was killed in, awoke that night to the sensation of being strangled – so much so that she could not call out for help to her roommate sleeping in the same room. If this isn’t enough, the spirit of an ax murderer is said to haunt Brumbaugh Hall on Halloween nights. 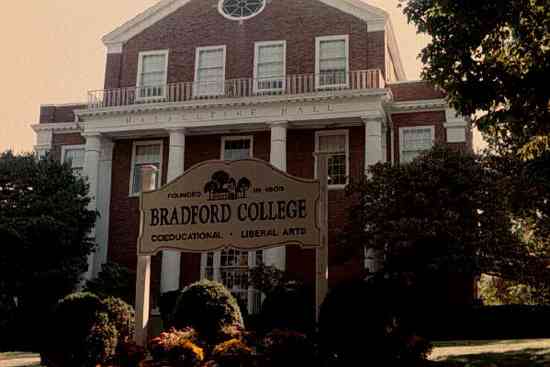 This now abandoned college is host to a number of ghosts from the days when the college was still occupied by students. One of the more famous ghosts is that of a young girl who had a relationship with a priest at the school. When she became pregnant she either committed suicide or was murdered by the priest. Both her spirit and the spirit of the priest haunt the old Academy Building. Ghost hunters have also recorded numerous voices, screams and unexplained images on the abandoned campus. 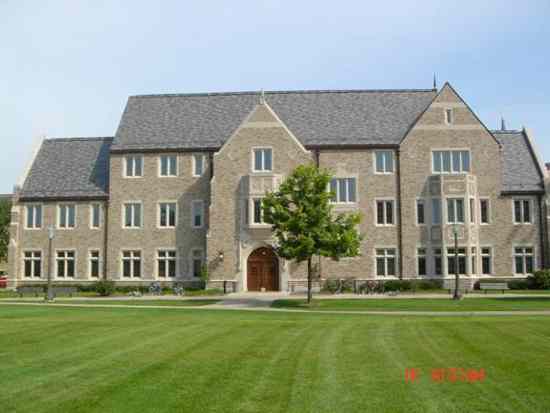 In a school with as much history as Notre Dame, it is no surprise that it has its share of haunts. George Gipp, a legendary Notre Dame Football star who gave the famous “Win one for the Gipper” speech, is believed to haunt the university. A friendly ghost, he is often observed hovering over students shoulders, sometimes giving them a friendly pat, only to vanish when they turn around. While it would appear he is watching over students, the Patawatami Indians that also haunt the school are not so friendly. It is believed that Columbus Hall is built on their burial grounds, and the ghostly warriors are often seen riding horses up and down the steps of the hall as if protecting something within. 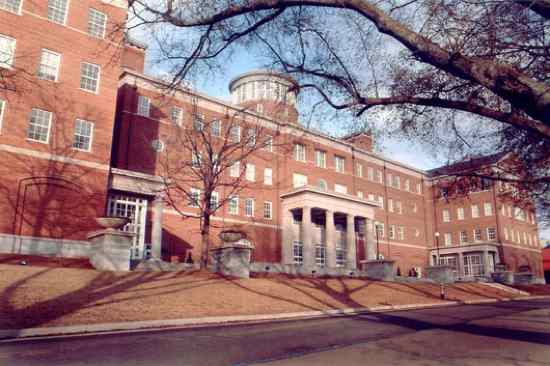 Another old school holding many mysteries and mysterious occurrences; from old confederate soldiers to murder and suicide, this campus is full of haunts. The Phi Mu sorority house is reportedly haunted by a girl named Anna Hamilton who witnessed her boyfriend murdered before her eyes and his body buried under the building’s front steps. Students have been able to talk with her using a Ouija board, and her crying is often heard in the house’s empty rooms. Another haunted sorority house is the Alpha Gamma Delta house. Being one of the universities oldest sororities, it is no surprise that is houses one of the oldest haunts, going all the way back to the founding family. Their daughter, Susie was stood up on her wedding day. Heartbroken, she hung herself in the attic. To this day occupants and visitors alike report seeing a women glaring at them from the attic windows. 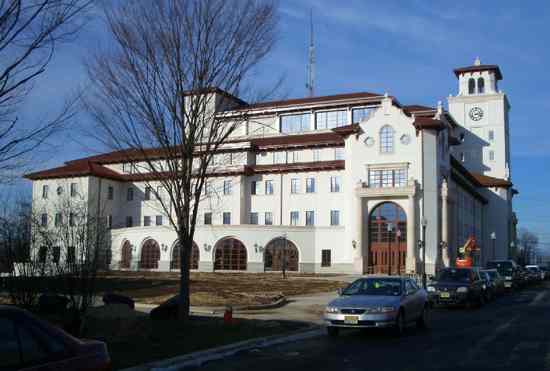 More specifically the Clove Road Apartments at Montclair State. Like Notre Dame, the apartments are also built on an Indian burial ground…never a good idea. Doors and windows slam and lock unexpectedly. Lights flicker on and off. The building always feels cold, even with the thermostat on max. Roommates report feeling random feelings of dread, and many fights have occurred for seemingly no reason at all. A man dressed in 19th century clothes hovers over the beds of sleeping tenants, only to vanish with their screams. Worst of all are the figures seen darting between the trees in the woods at night, believed to be the ghost of the Indians no longer at rest. No one will go near the woods after sundown for fear of the unknown. 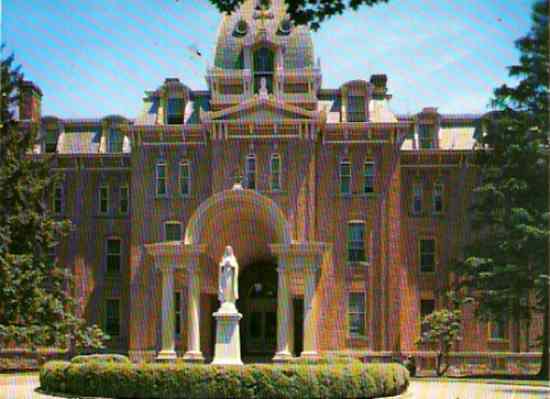 This college was used as a field hospital during the civil war. Unlike hospitals of today, civil war hospitals were often the equivalent of a modern day butcher shop. With little to no treatment options for the wounds suffered by battlefield weapons, the primary treatment was amputations. Stories are told of nurses carrying buckets of severed arms and legs away from these hospitals surgery wards. The screams of these men and, if you’re unlucky enough, the smells of the hospital are present throughout the campus. A few students have reported walking into full ghostly hospitals late at night. Amidst all this horror, a friendly ghost walks among them. Mother Seton, founder of the American Sisters of Charity, is often seen walking around campus smiling at students and rushing to attend to the eternally injured phantoms of soldiers. 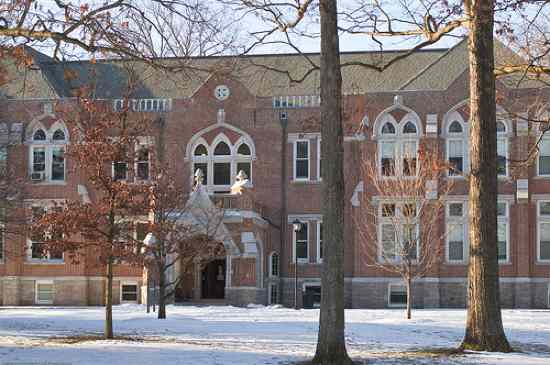 Surprising that a theological university and seminary would be full of haunts but Drew University has its fair share. A misty apparition haunts Asbury hall, believed to be of a student who hung himself from the rafters. The campus is also known for the haunting of Roxanna Mead Drew, wife of the founder. One day, a fire broke out in Mead Hall (named after Roxanna) and members of the Madison Fire Department were called in to douse the flames. Two firefighters who were fighting the blaze saw a woman apparently trapped inside the burning hall and went in after her. Witnesses say that she was dressed in 19th Century attire and that the flames burned right through her. She glanced at them then disappeared. 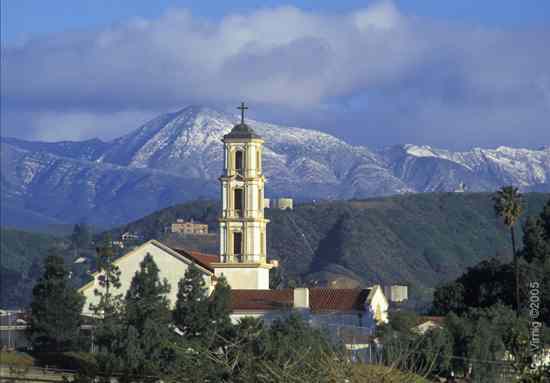 It is never a good idea to build a university on the grounds of an old insane asylum as Cal State decided to do. Ever since the university first opened its doors in 2002, students have reported seeing the universities old residents wandering the grounds, halls, and streets of Cal State. Inmates are seen entering rooms which are empty upon investigation. Another inmate dances in a parking lot at night, only to fade as he approaches the streetlights. Scarier still are the violent ghosts who have thrown objects, knocked students over, and vandalized locked classrooms. 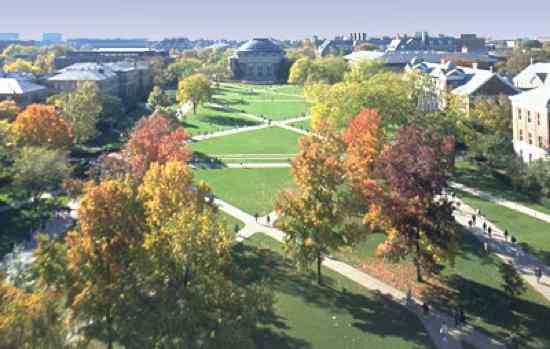 After a night of drinking, a sister at the Alpha Phi Omega Sorority Hall returned to her room late one night. While ascending the stairs to get to her floor she noticed that she was being watched by a figure at the top of the stairs. Upon further inspection she realized that the figure, that of a man, was wearing a grey uniform and had no face. She quickly ran and told her friends; however the building was searched and nothing was found. Ever since then the man has been seen in numerous locations on campus. Some years ago, in Crampton Hall, a student was found hung in his closet. It was quickly determined that the student had been the victim of foul play, however no killer was ever found. Fast forward to 2007. When a student didn’t show up for a party, his friends went looking for him. They found him in his closet, hanging bound and naked upside-down, alive but terrified. That same night, several students were awakened by a man standing over them, who would turn and disappear into their closets. The man has never been identified. 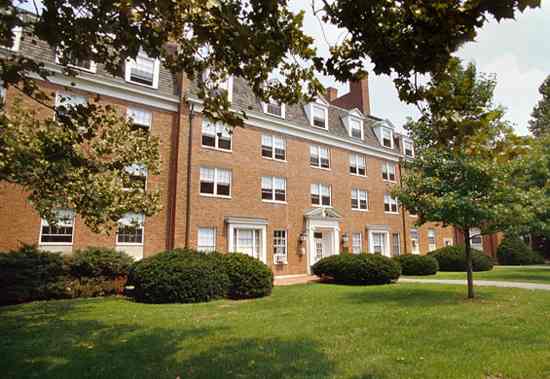 This should not be a surprise. It is well known and documented that Ohio University is perhaps one of the most haunted places in the world. From ghost teachers that talk to students, sounds and voices heard in sealed rooms, to an entire ghost basketball team, this campus is truly full of haunts. Nearly every single building on campus has at least one ghost associated with it. In a place literally full of ghosts, one manages to stand out among the rest. Wilson Hall is said to be one of the most haunted buildings in the United States, and was featured in the TV series “Scariest Places on Earth”. A female student practicing satanic rituals supposedly died violently in room 428. While this story has no real backing, what is true is that school officials have closed and sealed the room because no student could live in it peacefully. Voices are heard throughout the halls, doors lock and unlock, open and close on their own, and ghostly figures wander the building. The building is also dead center of a pentagram formed by five cemeteries which surround the campus. Rumor has it that this building itself was built on top of an old mental hospital cemetery, however this was proven to be untrue.