New York City is well-known for its bustling Times Square, towering skyline, and Broadway theater shows. Yet, New York, like many big cities, has a storied history, and some of the buildings there have seen such tragic events that they are more notorious for their unfortunate pasts than their desirable architecture.

Many ghost hunters and the paranormal-curious have been known to head to these spooky locations with hopes to investigate further. As it appears, there might be other reasons why New York is called the city that never sleeps. Here are ten of them. 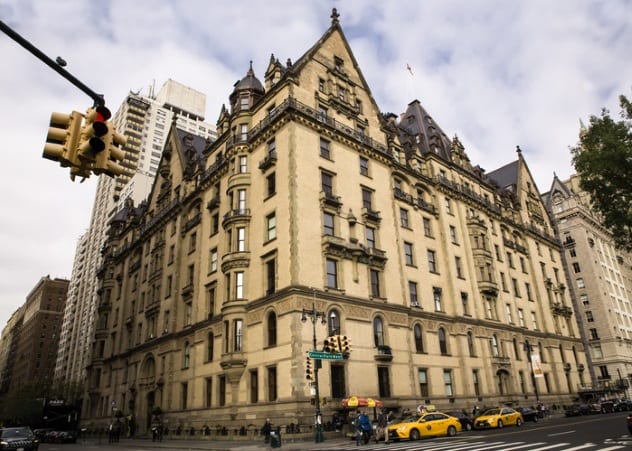 The Dakota, located at 72nd Street and Central Park West, is home to some of the most sought-after real estate in Manhattan. It was built in the 1880s, and its owner, Edward Clark, who was the founder of the Singer Sewing Machine Company, died at the age of 70 two years before the building was complete.

Overlooking Central Park, the Dakota is famous for both its Gothic architecture and haunted history. Horror fans will notice the exterior was used for scenes in Roman Polanski’s 1968 film Rosemary’s Baby. Also in the 1960s, when renovations took place; workers claimed they saw the ghost of a blonde-haired girl in the hallways.

Tragically, on December 8, 1980, Beatles singer John Lennon was shot and killed by Mark David Chapman outside the Dakota. His wife still lives there, and she has claimed that the ghost of her late husband visited her one night and told her, “Don’t be afraid. I am still with you.”[1] Before his death, Lennon also revealed to his wife that he had witnessed a “crying lady ghost” stalking the halls in the night.

9 The House Of Death 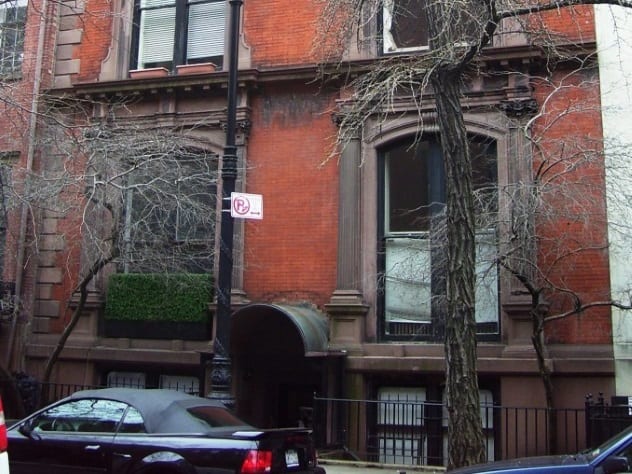 In Greenwich Village, 14 West 10th Street was home to author Mark Twain from 1900 to 1901, and his ghost is believed to be one of the 22 spirits that haunt the building, all of whom either lived or died at the residence.

One former resident saw the ghost of a man with “white hair, wild-like” sitting in a chair looking out the window, and when she asked him what he was doing there, he replied, “My name is Clemens and I got problems here I gotta settle.” Also, an actress named Jan Bryant Bartell complained of hearing noises as well as experiencing visions and feelings of dread at number 16 West (next door). She then moved to number 14 West, but the sensations continued, and she believed it was the ghost of Mark Twain.

In 1987, wealthy attorney Joel Steinberg brutally beat his adopted daughter to death at number 14. The building has since been referred to as “The House of Death” by those who know of its haunting history.[2] 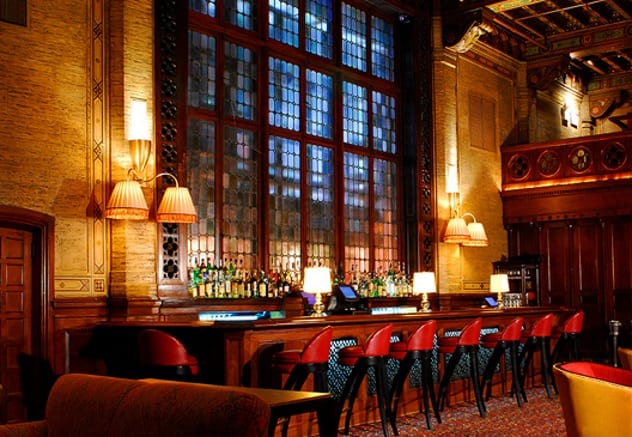 A cocktail bar called the Campbell Apartment in Grand Central Terminal was once the office of financier John W. Campbell. Following his death in 1957, it became a small jail before it was sold once again. Since the location’s restoration, the historic architecture has been mixed with contemporary design elements and offers a cozy place to enjoy a drink close by the busy main terminal. However, the history of paranormal activity here also attracts many ghost hunters.

In 2010, owner Mark Grossich said, “Over the last several years, employees have had instances where they felt someone pushing them from behind when they were walking across the floor, and there was no one there. They’ve felt gusts of cold air coming from out of nowhere. My staff has even reported seeing apparitions of an old, fashionably dressed couple sitting and having a cocktail on the balcony when the place was completely closed.”[3] He added that the ghostly goings-on are so frequent that many of his staff members refuse to be in the place on their own. 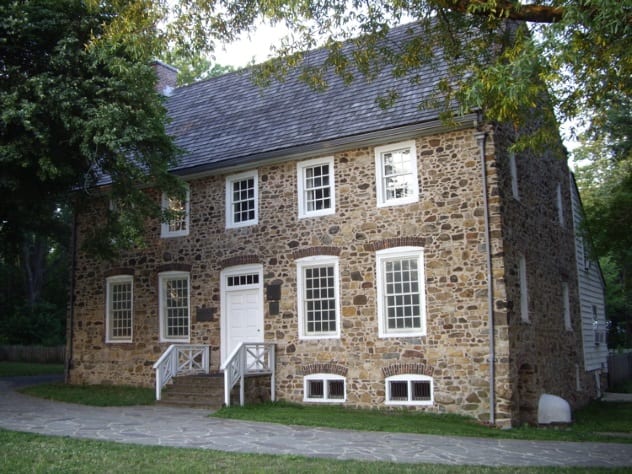 The Conference House on Staten Island was declared a National Historic Landmark in 1966. On September 11, 1776, Lord William Howe, Benjamin Franklin, Edward Rutledge, and John Adams all met here at a failed meeting over a peace treaty during the Revolutionary War.

In 1676, Christopher Billop, an English Royal Navy officer, acquired the land and built the Bentley Manor—which has since had its name changed to the Conference House. It is believed that Billop killed the maid of the manor by stabbing her on the staircase and then throwing her body down the stairs. His motive was that he’d discovered she was signaling to the enemy, and it’s said that her ghost still haunts the building. Another ghost that resides here is the spirit of Billop’s fiancee, who died of a broken heart when he abandoned her, and her cries can still be heard.[4]

The building also sits on the largest Lenape burial ground in New York City, called Burial Ridge, which would explain a lot of the hauntings in this place. 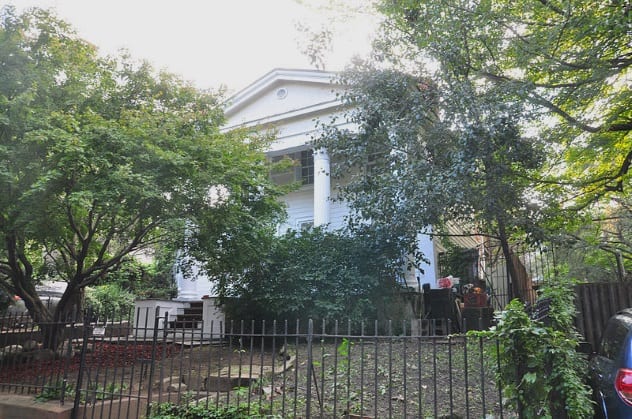 If the thought of hearing knocking on your door in the middle of the night—only to answer and see nobody is there—frightens you, then the Lefferts-Laidlaw House at 136 Clinton Avenue near the Brooklyn Navy Yard is one residence to avoid. In December 1878, then-owner Edward F. Smith heard knocking at his door and loud rattling of his windows, which continued through the night until he eventually called the police. As the police surrounded the building outside, a brick was thrown through the dining room window despite numerous police officers being at the property. After a search of the surrounding grounds, there was nobody else to be seen.

Many psychics have tried to understand what evil spirit haunts this place, and they hold “semi-seances” on the sidewalk outside the house, yet it all still remains a mystery. Built circa 1840, the temple-fronted Greek Revival-style mansion boasts six bedrooms and was last on the market in 2016 for $4.5 million.[5] 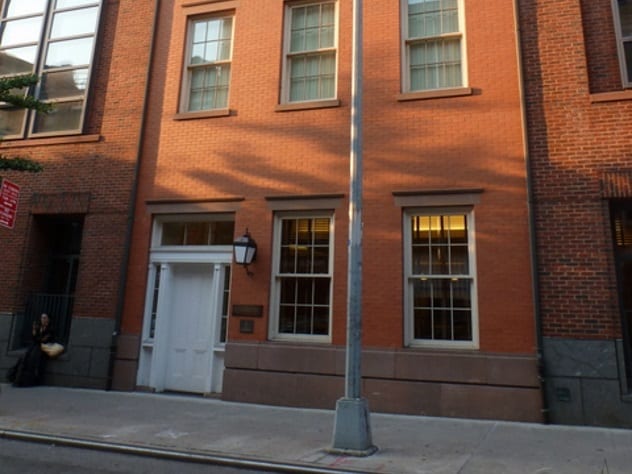 Author Edgar Allan Poe is best known for his haunting Gothic stories, including “The Tell-Tale Heart,” “The Black Cat,” and “The Fall of the House of Usher.” Yet he might have gained inspiration for one of his most famous works, “The Raven,” during the time he spent living at 85 West 3rd Street. He lived at the address from 1844 to 1845, the same time the narrative poem was published, and according to those who have resided there recently, he hasn’t moved on.

The building was demolished by New York University and rebuilt as Furman Hall, yet some of the original features remain intact, such as the facade facing the front street and an original banister. Students living in the hall claim to have seen a mysterious ghost-like figure that stands near the banister and resembles the late Poe.[6] In 1849, Poe died mysteriously at the age of 40 years old. He was found acting delirious in Baltimore, Maryland, and there has been much speculation surrounding his actual cause of death, with theories including alcohol poisoning, suicide, cholera, and even murder. 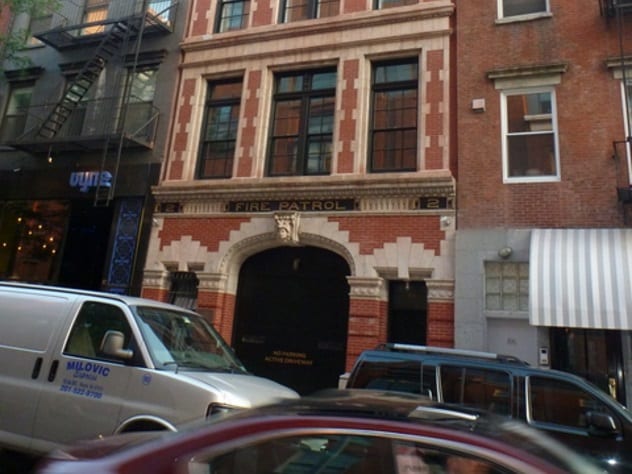 Across the street from Edgar Allan Poe’s former residence is a house with its own dark history. At 84 West 3rd Street, there is a former Fire Patrol station that was first built in 1906. Tragically, in 1930, a firefighter hanged himself in the building after discovering that his wife was having an affair. It’s believed that his heartbroken ghost haunts the building, and previous firefighters have complained about strange noises and also seeing the ghost suspended in the air—seemingly hanging from the rafters.[7] The station has since been transformed into a private residence.

This certainly is one haunted street, as just a short walk down the road will take you to Hangman’s Elm, which is a large tree in Washington Square Park where public executions were once carried out. According to local legend, the last hanging that took place was in 1820, when a slave named Rose Butler was executed for burning down the home of her master. 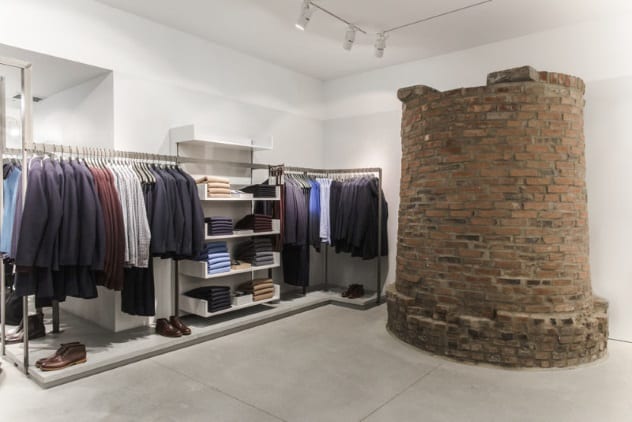 Located in SoHo, the basement of the former Manhattan Bistro was the site of an infamous murder. One night in late December 1799, a young woman named Gulielma Elmore Sands was due to meet her lover Levi Weeks, as they had plans to elope. It was the last time anybody would see her alive. Then, 11 days later, her body was found in the basement’s well with bruises to her neck which suggested that she had been strangled.

Weeks was arrested and stood trial in what became known as the “Manhattan Well Murder,” but he was soon acquitted, thanks to his strong legal team. Since then, the well where the young woman’s body was found has attracted many ghost hunters and fans of morbid history alike. Maria DaGrossa, whose family ran the Manhattan Bistro, once noted, “People are constantly asking to come down here [to see the well].”[8] After the bistro closed, the basement became the site of a clothing store. 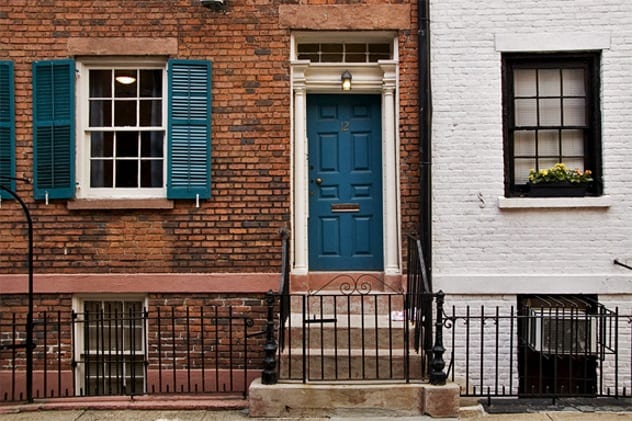 Originally built in 1827, 12 Gay Street in the West Village is a three-story brick townhouse that doesn’t appear to have anything mysterious about it to an outsider looking in. However, the place is said to be haunted by a restless spirit that won’t keep quiet at night. A neighbor, who has lived on the same street for more than two decades, said, “I wouldn’t go in there right now—it’s legendary that ghosts live there. That place would be like moving into The Shining.”[9]

Those who’ve entered the house claimed to have felt the sensation of others despite being alone, along with hearing footsteps on the stairs at night and seeing a man wearing a top hat appearing in doorways. There is also talk of a lot of paranormal activity in the basement, which was once used as a puppet theater by a previous owner. In 2009, the house was up for sale, and the new owners could guarantee their own real-life Stephen King experience for the asking price of $4.2 million. 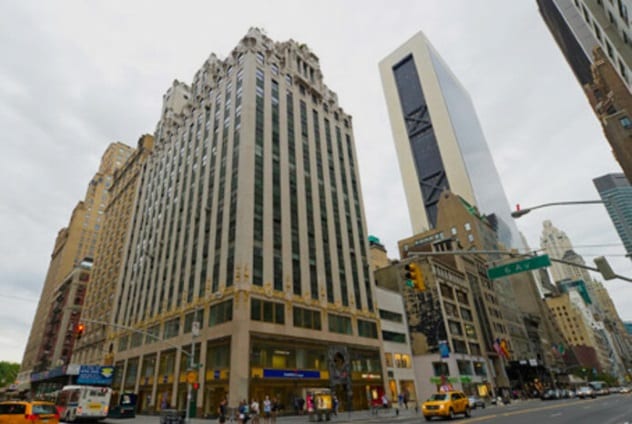 There have been many cases of haunted houses, but at 57 West 57th Street, it’s a haunted penthouse that sends shivers down the spines of those who visit there. According to local legend, those who took up residence in the penthouse would soon go insane and even turn to murder. Edna Crawford Champion was the wife of an inventor until her French lover, Charles Brazelle, beat him to death. After she lied to the police and led them to believe that her husband had suffered a heart attack, she bought the penthouse as a love nest. Then, one night, Charles turned on Edna and beat her to death with a telephone—her bodyguards then responded by fatally throwing him out a window.

The apartment was eventually sold to a man named Carlton Alsops, who became tormented by the sounds of high heels tapping across the floor, which caused him so much distress that his marriage eventually broke down. Alsops ended up in a mental asylum and gave up on the apartment completely.[10] It’s likely that the apartment’s current residents have also heard, or have been warned, of the penthouse’s past.

Read more about the scarier side of New York City on 10 Haunting Unsolved Cold Cases From New York and 10 Creepy Murders in Old New York.