As trilogies are the popular thing for works of fiction, it is fitting that a series of lists about fiction also follow the trilogy format. Now on our third list of mysterious islands of fiction (see here and here for the others, the first of which also appeared in Listverse.com’s Ultimate Book of Bizarre Lists for those of you who still need to pick up some holiday gifts for friends and family alike) from ancient, medieval and modern American, British, French, Greek and Japanese culture, as you can see below, we have hardly exhausted them all, and, indeed, some might argue that a few of those listed below are as culturally significant as those found on the earlier lists. And yes, once again, we present the islands in reverse chronological order as we take a mysterious journey backwards in popular cultural time! Since we are also approaching 2011, let us conclude our list trilogy with 11 entries this time around! 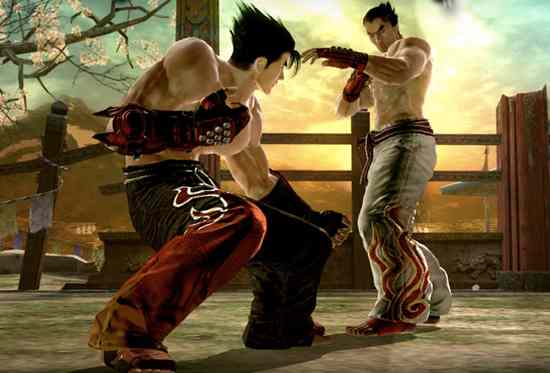 The thirty-seventh stage in the Scenario Campaign of the hit game is described in the official strategy guide for the game as, an “island marked on a mysterious map. An ominous cave hidden on this island beckons to those who might be foolish enough to enter it.” See Adam Deats, Joe Epstein and Ian Rogers, Tekken 6: Bradygames Signature Series Guide (Indianapolis: Bradygames, 2009), 38. The boss for the stage is none other than Yoshimitsu – a character introduced in the game as a decoy. 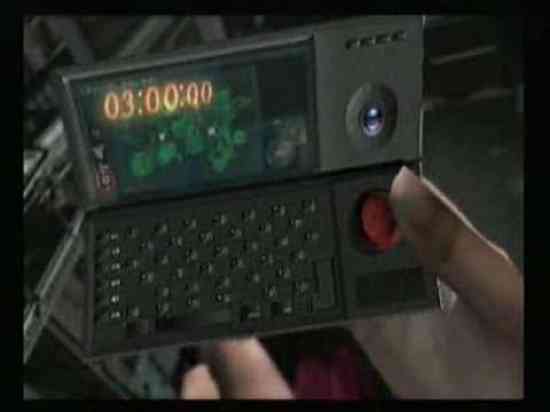 The final setting of a financially successfully and critically acclaimed video game, Resident Evil 4’s island does not have as many appearances as the franchise’s Rockfort Island (number 7 on the second list), but it does have some memorable boss battles with monstrous mutated versions of Jack Krauser and Osmund Saddler. The Island serves as the final location on which the remaining mysteries of the game’s plot are revealed to protagonist Leon Kennedy.

The director’s cut version of this much maligned movie was actually quite funny. Sure, many despise this film in its theatrical cut, but it does have, in addition to the prerequisite zombies, evil experiments gone wild and a villain from the days of Spanish sailing, loosely reminiscent of the much more popular Lost, and even a German boat captain that reminds me a bit of Peter Jackson’s King Kong’s Captain Englehorn. Say what you want about the film’s quality, but the “Island of the Dead” is pretty darn mysterious and undeniably contains many elements akin to the more celebrated islands elsewhere on this and the other two lists. 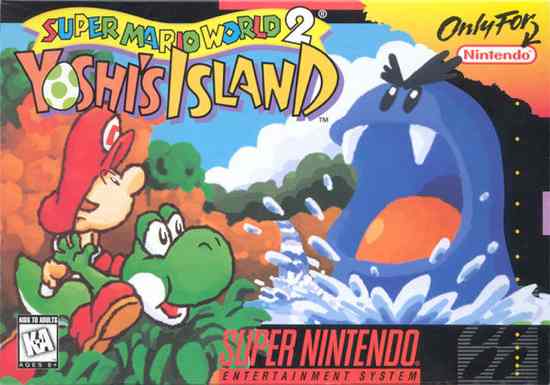 This titular island of Super Mario World 2: Yoshi’s Island (1995), first appeared in its predecessor and served as a central location in one of the most significant video game series/franchises in that medium’s history. The story and characters border on the surreal and silly (Yoshi is, after all, a reptilian character totally lacking the “frightful” characterization of, say, a Godzilla). Nevertheless, the island, part of Dinosaur Land in the Mushroom Kingdom, is undeniably one of both mystery and adventure, in that it is a central location for a major character in video game history who goes on a semi-epic quest to battle a villain. 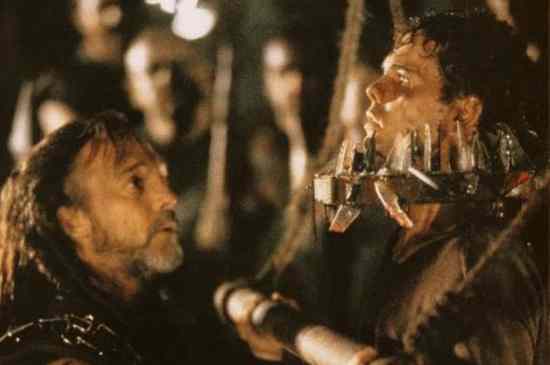 Herley’s novel became the basis of the film, No Escape (1994), that starred such well-known actors as Ray Liotta (Goodfellas) and Lance Henriksen (Aliens). A penal island in the manner of Devil’s Island or Alcatraz…but in the future!…2022 to be exact, serves as the primary location of the story. The film was even released in some markets as Escape from Absolom, and also received a three-issue comic book adaptation from Marvel Comics. This island is one of the rare ones on these lists of mysterious islands to actually figure in a future setting. 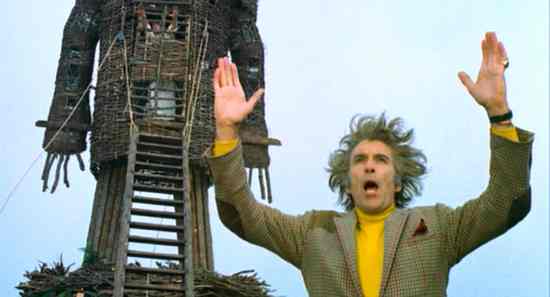 This fictional island appears in two films (the first inspired by islands near Scotland, and the remake near Puget Sound). In both films, the suspense and horrors the protagonist experiences extend beyond being burned alive as a wicker man by fanatical pagan islanders. If you haven’t seen the original of this film you really should – it is extremely chilling and has some excellent acting. 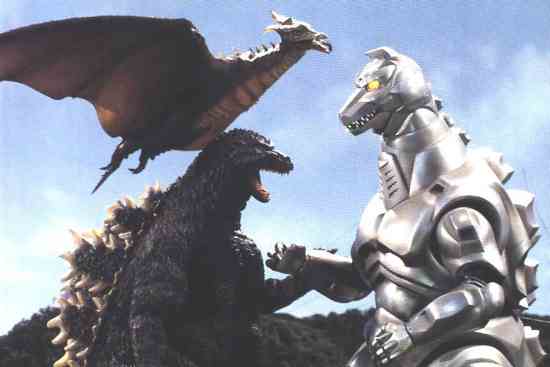 With such famous inhabitants as Godzilla, Mothra and Rodan, Monster Island, as with King Kong’s Skull Island, is the stuff of gigantic, monstrous nightmares. The island appears in a few films (mostly from the 1970s) and has been referenced numerous times in such mainstream popular culture as on The Simpsons. 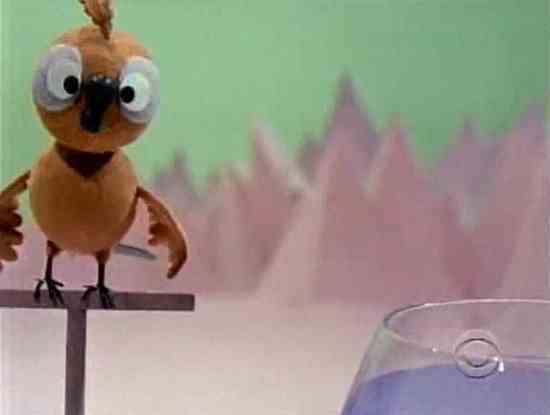 Not one anyone brought up in the comments sections on Listverse, nevertheless, the home of King Moonracer, Charlie-In-The-Box, Spotted Elephant and other defective and/or otherwise unwanted toys is a memorable element of twentieth century popular culture that South Park spoofed in 1999, nearly forty years after its appearance on the 1964 television special. In the spoof, Sexual Harassment Panda journeys to South Park’s Island of Misfit Mascots where Kenny dies, no thanks to one of the commune’s unfortunate residents. Just as The Simpsons parodied Skull Island with Ape Island, South Park continued that seeming tradition of animated fair presenting their unique spins on mysterious islands from classic works of fiction. 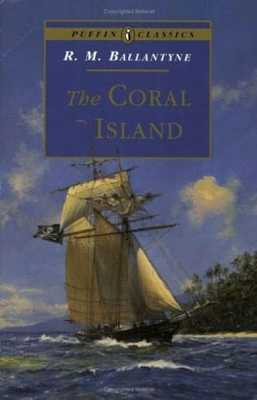 This book’s significance is due largely to the fact that, nearly a century later, William Golding wrote the much more famous Lord of the Flies (1954), as a response to Ballantyne’s earlier novel. That was about a teenage boy named Ralph and two others, on an uninhabited Polynesian island where they endure and experience everything from piracy to cannibalism. Golding’s later tale, which has been adapted into films, once again features main survivors named Ralph and Jack, only some of the boys become savages, as well, in Golding’s version of a similar narrative. Golding’s Jack Merridew is a particularly despicable character that no “good” man would ever want to be referred to as by another.

2
Ogygia
first appeared in The Odyssey 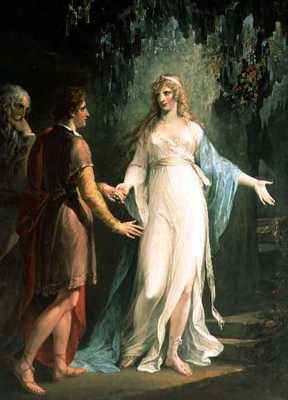 While technically referenced in The Odyssey earlier than number one on this list, and thus one of THE first ever mysterious islands in fiction, Odysseus’s time on Ogygia occurs, chronologically, after his time on Aeaea (SPOILER ALERT: number 1 on this list!). The ancient Greek hero spends seven years on this island, home to the nymph Calypso, that, as with other locations in ancient Greek mythological literature, may or may not be associated with real locations. This island plays a crucial role in one of Western Civilization’s earliest adventure stories and has been depicted in paintings by such major artists as Jan Brueghel the Elder (1568–1625), as well as in the 1997 TV mini-series version of the epic featuring Vanessa Williams as Calypsso. This particular character has served as the inspiration for a same-named voodoo priestess in Marvel Comics and a sea goddess in the Pirates of the Caribbean series.

1
Aeaea
first appeared in The Odyssey 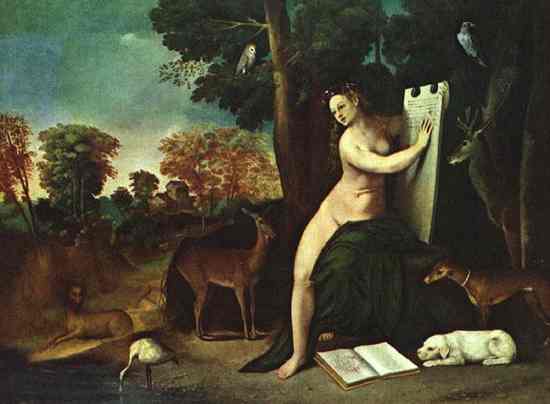 Yes, number one is yet another island with an “A” name and, as with the first list, yet another one from ancient Greek literature. And yes, it is from the same work of fiction as number 2 on this list; however, it is unquestionable that The Odyssey is one of the founding texts of Western, if not world, literature, and is thus so important to our heritage that it is one work of fiction worthy of earning both the number 1 and 2 spots. In the epic, Odysseus stays on the island home of sorceress Circe (played by Bernadette Peters in the 1997 mini-series) for a year. While there, she turns his men into pigs and provides the hero with crucial advice for the rest of his “odyssey”. The island may be based on, or inspired by, an actual Mediterranean island due to the conflicting literal versus mythic nature of Homer’s work. Aeaea, as with any number of locations from Homer’s poem, transcends many other fictional islands in terms of importance. The Odyssey is a staple of high school English courses, at least in America, and has influenced and been adapted in many subsequent literary and cinematic works of fiction. Moreover, The Odyssey predates Plato’s first references to Atlantis by centuries. While some might take issue with two islands from the same work of fiction appearing in succession on the same list, no one can seriously deny the importance of Circe and Calypso’s islands for subsequent Western, if not world, culture.

10 Larger-Than-Life Stories About The Author Who Inspired ‘CSI’