Everyone has heard of Alexander the Great of Greece, or Cyrus the Great of Persia. This list is devoted to the great East Asian Military Leaders who fought for their country, but are not well known in Western society. Under East Asian, we are also considering Military Leaders from South-East Asia. And once you finish reading, check out “Top 10 Military Commanders,” if you haven’t done so already. Wikipedia links are provided for the benefit of those (most of us, probably) who are unfamiliar with the battles named here. 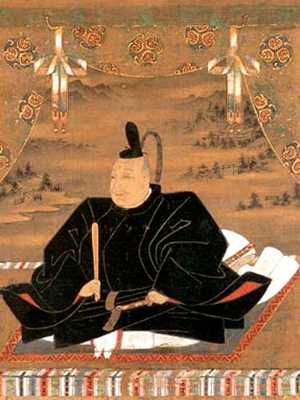 Tokugawa Ieyasu was the founder of the Tokugawa Shogunate of Japan, which lasted over 250 years. He finally ended the Sengoku Period of Japan, and pacified and unified Japan. He did this by defeating the Forces loyal to the Toyotomi clan, and several clans of Western Japan. He was a great leader who is believed to have fought in over 90 battles. He is considered to have united Japan after the people’s morale has been weakened, following their defeat by the Koreans in the Imjin War. 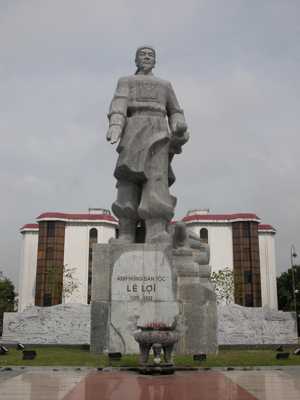 Lê Lợi was the founder of the Lê Dynasty, which became the longest ruling Dynasty in Vietnams History (1428-1788). In 1407, Ming China attacked Vietnam, conquering the country. In 1418, Lê Lợi started an army to fight Ming, whom he successfully defeated in 1427. Lê Lợi is among the most famous figures from the medieval period of Vietnamese history, and one of its greatest heroes. 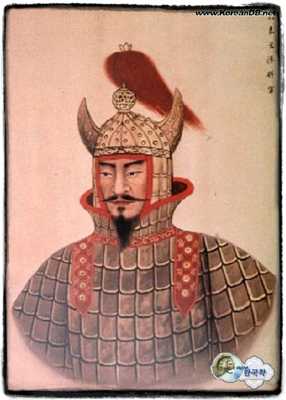 Eulji Mundeok was a Korean General in the Goguryeo-Sui Wars. The Goguryeo-Sui wars were a series of campaigns launched by Sui Dynasty China against Goguryeo Dynasty Korea in 598 and 612-614. Eulji Mundeok’s army was heavily outnumbered, with about 300,000 Korean soldiers against over 1 million Sui soldiers, in both invasions. The incredible outcome was Eulji Mundeok’s successful defence of Goguryeo. The victory contributed to the downfall of the Sui Dynasty.

Han Shizhong was a Chinese general of Song Dynasty China. General Han was considered to be a military inventor for modifying and improving bows and armor. General Han also fought in the Jurchen Invasions of China, resulting in a Chinese Victory. Today, Han Shizhong is remembered as a hero in China for dedicating his life to the Song Dynasty and successfully defeating the Jurchen invaders. 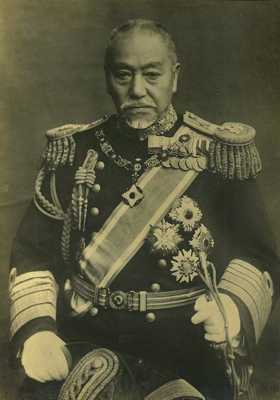 Tōgō Heihachirō is considered one of Japan’s greatest naval heroes. Heihachirō is known for being the Commander-in-Chief of the Imperial Japanese Navy in Russo-Japanese War. The war resulted in a Japanese Victory, with one of the most notable battles being the Battle of Tsushima. Under the command of Heihachirō, the battle ended with two-thirds of the Russian fleet destroyed, and very few casualties to the Japanese navy. Heihachirō was deemed the “Nelson of the East.” 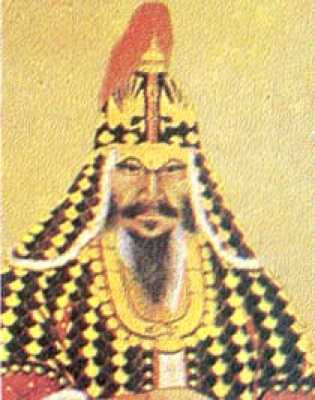 Kwon Yul was a successful Korean army general in the Imjin War. He is best known for his victory in the Battle of Ichi and the Battle of Haengju. In the battle of Ichi, Kwon Yul’s army of 1,000 fought 10,000 Japanese soldiers. Kwon Yul’s victory resulted in the recapture of the Jeollan province from Japan. In the Battle of Haengju, Kwon Yul’s army of 2,800 defeated Japanese Commander, Kato Kiyomasa’s, army of 30,000. The battle resulted in over 10,000 casualties for the Japanese, and it was considered one of the three most important victories for the Koreans in the Imjin War. 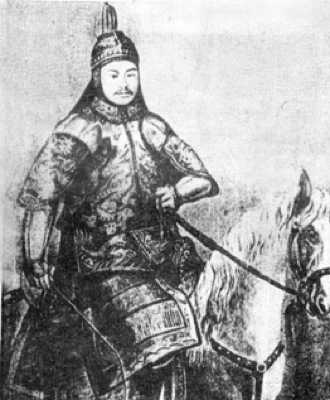 Nguyen Hue, also known as Emperor Quang Trung, was the second emperor of the Tây Sơn Dynasty of Vietnam. In the 18th century, the Lê Dynasty of Vietnam was in the control of 2 feuding families: the Trinh Lords of the North, and the Nguyễn Lords of the South. Both sides frequently fought each other for control of the nation, whilst claiming to be loyal to the king. Nguyen Hue became the leader of the famous Tây Sơn Rebellion, where he defeated the Trinh Lords, and overthrew the Lê Dynasty. The Lê emperor fled to Qing China, and begged the Emperor for aid. He sent an army to Vietnam but the campaign ended in utter defeat for the Qing army. Today, Nguyễn Huệ is considered one of the most successful military commanders in Vietnam history. 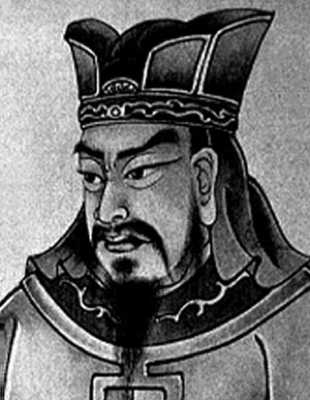 Now how can you not know this guy? Sun Tzu is known for his book of “The Art of War”, which presents a philosophy of war for managing conflicts and being victorious in battles. The book is considered to be a masterpiece on strategy, and is frequently referred to and cited by generals since its publication. Sun Tzu’s, “The Art of War,” has inspired and helped many military generals achieve success – including Napoleon and Tokugawa Ieyasu. 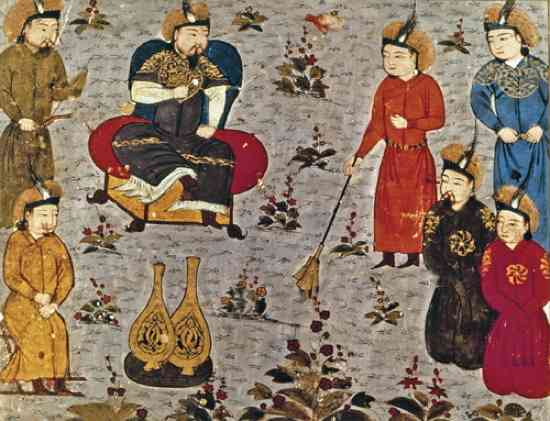 Another famous commander, even to westerners. Genghis Khan was the founder of the Mongol Empire, the largest empire in history. Khan conquered several empires of central Asia, East Asia, Eurasian, Eastern Europe and the Middle East. He achieved this incredible feat by uniting many nomadic tribes of north-east Asia, and through excellent military intelligence and tactics. In present day, Genghis Khan is highly regarded as the founding father of Mongolia. 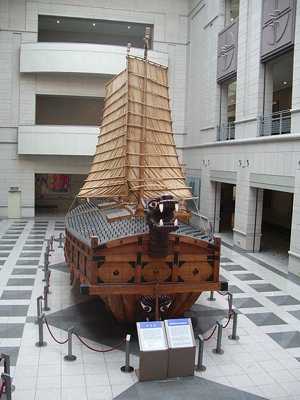 Admiral Yi Sun-Sin was a Korean naval leader in the Imjin War, who won all 23 of his battles by using excellent military tactics and strategies, even though he was out-numbered in every battle he fought. The Battle of Hansando, which was the most important battle in that it turned the tide of the war. Admiral Yi’s navy was heavily outnumbered by the Japanese vessels (56 Korean ships against 73 Japanese ships), but Yi was victorious through excellent military tactics. Japanese casualties were 66 ships destroyed, and over 9000 soldiers dead, while Korea lost no ships, and only 19 soldiers.

Perhaps Yi’s most amazing victory was in the Battle of Myeongnyang, where he did the impossible by defeating 333 Japanese ships with only 13 ships. The end results were 123 ships disabled and/or destroyed, and 18,000 Japanese soldiers dead, while Yi’s fleet lost no ships and lost only 36 soldiers at most.

Admiral Yi is also credited for his invention of the effective Turtle Ship (pictured above). The ship had a spiked top, making boarding almost impossible, and had a dragon head the front, which could shoot out smoke or cannon balls.

Admiral Yi was even credited by Japanese Admiral, Tetsutaro Sato, where he chose Admiral Yi over Lord Nelson as the better military Commander:
“Throughout history there have been few generals accomplished at the tactics of frontal attack, sudden attack, concentration and dilation. Napoleon, who mastered the art of conquering the part with the whole, can be held to have been such a general, and among admirals, two further tactical geniuses may be named: in the East, Yi Sun-sin of Korea, and in the West, Horatio Nelson of England. Undoubtedly, Yi is a supreme naval commander even on the basis of the limited literature of the Seven-Year War, and despite the fact that his bravery and brilliance are not known to the West, since he had the misfortune to be born in Joseon Dynasty. Anyone who can be compared to Yi should be better than Michiel de Ruyter from the Netherlands. Nelson is far behind Yi in terms of personal character and integrity. Yi was the inventor of the covered warship known as the turtle ship. He was a truly great commander and a master of the naval tactics of three hundred years ago.”

Today, Admiral Yi is remembered as Korea’s greatest hero, and the one of the greatest military leaders in history.