As we approach the new year, I thought it would be appropriate to do a list that combines and ranks entries from a combination of related lists – a summary list. This list looks at the last three years of lists of evil men and women, and combines and ranks the worst of the worst. Children are excluded as the evil children don’t rank anywhere near the evil of adults seen in the past. I have also added one entry who has not appeared on other lists, but is definitely worthy of inclusion. If you disagree with my ranking (as no doubt many will) be sure to tell us in the comments – perhaps include your own ranking, too. Also, tell us if you think someone else should be on the list. 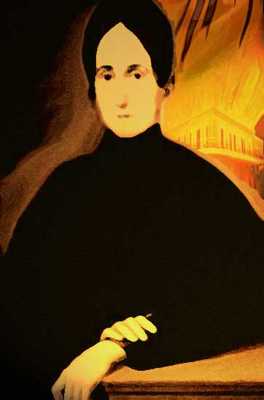 LaLaurie was a sadistic socialite who lived in New Orleans. Her home was a chamber of horrors. On April 10, 1834, a fire broke out in the mansion’s kitchen, and firefighters found two slaves chained to the stove. They appeared to have started the fire themselves, in order to attract attention. The firefighters were lead by other slaves to the attic, where the real surprise was. Over a dozen disfigured and maimed slaves were manacled to the walls or floors. Several had been the subjects of gruesome medical experiments. One man appeared to be part of some bizarre sex change, a woman was trapped in a small cage with her limbs broken and reset to look like a crab, and another woman with arms and legs removed, and patches of her flesh sliced off in a circular motion to resemble a caterpillar. Some had had their mouths sewn shut, and had subsequently starved to death, whilst others had their hands sewn to different parts of their bodies. Most were found dead, but some were alive and begging to be killed, to release them from the pain. LaLaurie fled before she could be bought to justice – she was never caught. You can read a more indepth article on Delphine LaLaurie here. 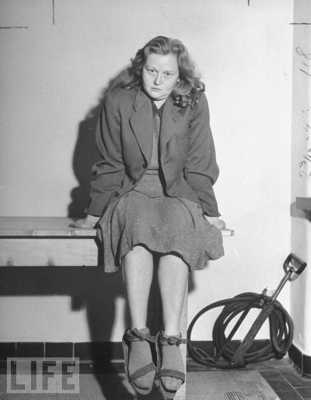 Known as The “Bitch of Buchenwald” because of her sadistic cruelty towards prisoners, Ilse Koch was married to another evil Nazi, who served in the SS, Karl Otto Koch, but outshone him in the depraved, inhumane disregard for life which was her trademark. She used her sexual prowess by wandering around the camps naked, with a whip, and if any man so much as glanced at her she would have them shot on the spot. The most infamous accusation against Ilse Koch was that she had selected inmates with interesting tattoos to be killed, so that their skins could be made into lampshades for her home (though, unfortunately, no evidence of these lampshades has been found). After the war she was arrested and spent time in prison on different charges, eventually hanging herself in her cell in 1967, apparently consumed by guilt. 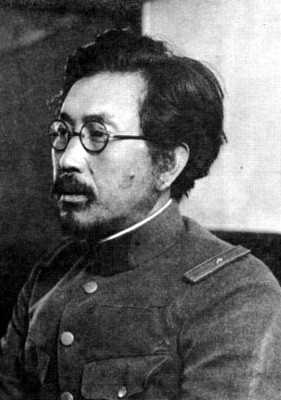 Some of the numerous atrocities committed by Ishii, and others under his command in Unit 731, include: vivisection of living people (including pregnant women who were impregnated by the doctors), prisoners had limbs amputated and reattached to other parts of their body, some prisoners had parts of their bodies frozen and thawed to study the resulting untreated gangrene. Humans were also used as living test cases for grenades and flame throwers. Prisoners were injected with inoculations of disease, disguised as vaccinations, to study their effects. To study the effects of untreated venereal diseases, male and female prisoners were deliberately infected with syphilis and gonorrhea via rape, then studied. A complete list of these horrors can be found here.

Having been granted immunity by the American Occupation Authorities at the end of the war, Ishii never spent any time in jail for his crimes and died at the age of 67, of throat cancer. 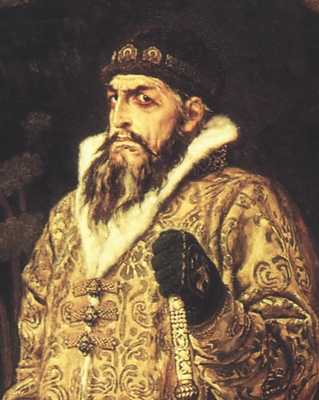 Ivan IV of Russia, also know as Ivan the Terrible, was the Grand Duke of Muscovy, from 1533 to 1547, and was the first ruler of Russia to assume the title of Tsar. In 1570, Ivan was under the belief that the elite of the city of Novgorod planned to defect to Poland, and led an army to stop them, on January 2. Ivan’s soldiers built walls around the perimeter of the city in order to prevent the people of the city escaping. Between 500 and 1000 people were gathered every day by the troops, then tortured and killed in front of Ivan and his son. In 1581, Ivan beat his pregnant daughter-in-law for wearing immodest clothing, causing a miscarriage. His son, also named Ivan, upon learning of this, engaged in a heated argument with his father, which resulted in Ivan striking his son in the head with his pointed staff, causing his son’s (accidental) death. 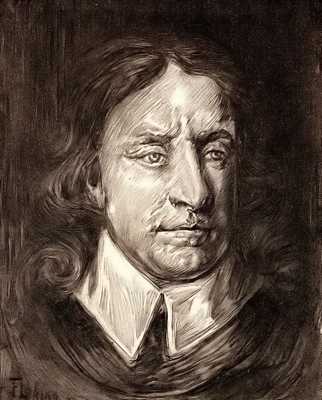 The Cromwellian conquest of Ireland (1649–53) refers to the re-conquest of Ireland by the forces of the English Parliament, led by Oliver Cromwell, during the Wars of the Three Kingdoms. The consequence of this conquest (in order to displace Catholic authority) was 200,000 civilian deaths from war-related famine and disease, and 50 thousand Irish being taken as slaves. Cromwell considered Catholics to be heretics so the Irish conquest was a modern day Crusade for him. The bitterness caused by the Cromwellian settlement was a powerful source of Irish nationalism from the 17th century onwards. He died in 1658, and was so hated that, in 1661, he was exhumed from the grave and given a posthumous execution – his corpse was hung in chains at Tyburn, and he was later dismembered and his remains thrown into a pit, with his head being displayed on a pole outside Westminster Hall for the next twenty-four years. 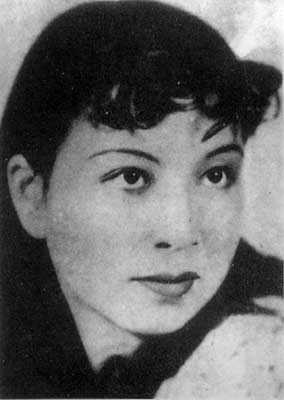 Jiang Qing was the wife of Mao Tse-tung, the Communist dictator of China. Through clever maneuvering, she managed to reach the highest position of power within the communist party (short of being President). It is believed that she was the main driving force behind China’s Cultural Revolution (of which she was the deputy director). During the Cultural Revolution, much economic activity was halted, and countless ancient buildings, artifacts, antiques, books and paintings were destroyed by Red Guards. The 10 years of the Cultural Revolution also brought the education system to a virtual halt, and many intellectuals were sent to prison camps. Millions of people in China, reportedly, had their human rights annulled during the Cultural Revolution. Millions more were also forcibly displaced. Estimates of the death toll – civilians and Red Guards – from various Western and Eastern sources are about 500,000 in the true years of chaos of 1966—1969, but some estimates are as high as 3 million deaths, with 36 million being persecuted. 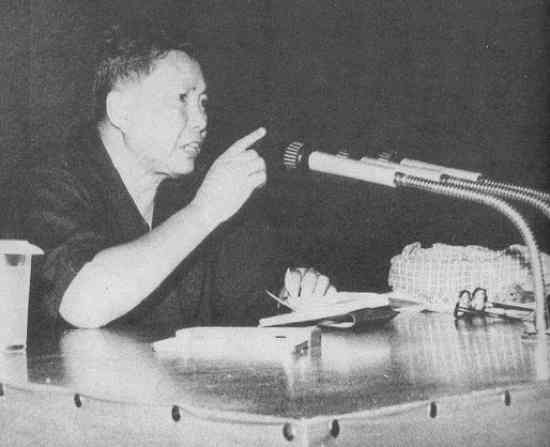 Pol Pot was the leader of the Khmer Rouge and the Prime Minister of Cambodia, from 1976 to 1979, having been de facto leader since mid-1975. During his time in power, Pol Pot imposed an extreme version of agrarian communism where all city dwellers were relocated to the countryside to work in collective farms and forced labour projects. The combined effect of slave labour, malnutrition, poor medical care and executions is estimated to have killed around 2 million Cambodians (approximately one third of the population). His regime achieved special notoriety for singling out all intellectuals and other “bourgeois enemies” for murder. The Khmer Rouge committed mass executions in sites known as the Killing Fields. The executed were buried in mass graves. In order to save ammunition, executions were often carried out using hammers, axe handles, spades or sharpened bamboo sticks. 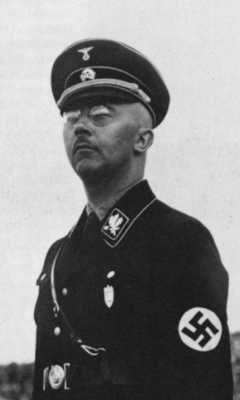 Heinrich Himmler, the architect of the holocaust and final solution, and considered to be the biggest mass murderer ever, by some (although it’s really Josef Stalin). The holocaust would not have happened if not for this man. He tried to breed a master race of Nordic appearance, the Aryan race. His plans for racial purity were ended by Hitler’s vanity in making rash military decisions rather than letting his generals make them, thus ending the war prematurely. Himmler was captured after the war. He unsuccessfully tried to negotiate with the west, and was genuinely shocked to be treated as a criminal upon capture. He committed suicide by swallowing a cyanide capsule he had bit upon. 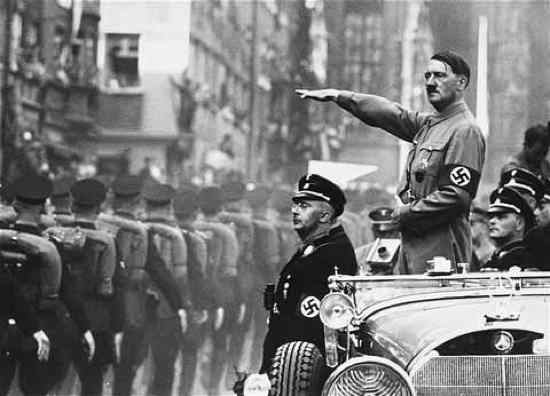 Adolf Hitler was appointed Chancellor of Germany in 1933, becoming “Führer” in 1934 until his suicide in 1945. By the end of the second world war, Hitler’s policies of territorial conquest and racial subjugation had brought death and destruction to tens of millions of people, including the genocide of some six million Jews, in what is now known as the Holocaust. On 30 April, 1945, after intense street-to-street combat, when Soviet troops were spotted within a block or two of the Reich Chancellory, Hitler committed suicide, shooting himself while simultaneously biting into a cyanide capsule. Hitler ranks over Himmler merely for the fact that it was in his power to prevent Himmler’s policies being implemented. 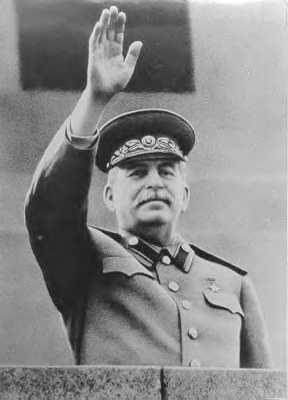 Stalin was General Secretary of the Communist Party of the Soviet Union’s Central Committee, from 1922 until his death, in 1953. Under Stalin’s leadership, the Ukraine suffered from a famine (Holodomor) so great it is considered by many to be an act of genocide on the part of Stalin’s government. Estimates of the number of deaths range from 2.5 million to 10 million. The famine was caused by direct political and administrative decisions. In addition to the famine, Stalin ordered purges within the Soviet Union of any person deemed to be an enemy of the state. In total, estimates of the number murdered under Stalins reign, range from 10 million to 60 million.