No other drink on Earth can capture the romance and euphoria of a single moment of celebration into such a tangible act as when the seal of a bottle of champagne is broken. The cork pops, the bubbles fizz and the wine bursts out of the bottle with the enthusiasm of lava erupting from Krakatoa. Like all good wines, champagne possesses the depth, character and prestige to command a special place on the dinner tables of many royals, celebrities and businessmen in the uppermost echelons of society. Because of its unparalleled position in the global wine market, this list focuses exclusively on sparkling wines from the Champagne region of France, there are no Cavas, Sekts or Spumantes to be seen here. Oh – and happy New Year! Hopefully you are able to enjoy some delicious champagne while reading this New Year’s list. 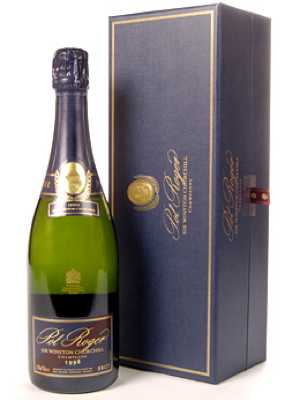 This very unique prestige cuvée was introduced, in 1984, by Pol Roger, in honour of their most loyal and ardent customer, Sir Winston Churchill. From the time he ordered his first case of the 1895 vintage, in 1908, right up until his death, in 1965, the former British Prime minister insisted on drinking Pol Roger champagne at every occasion. So much so, that in the time of war, borrowing one of Napoleons slogans, he stated that “In defeat I need it, in victory I deserve it”. His love affair with the wine was further enhanced in 1944, while attending the British Embassy’s Armistice Day party in Paris. Here he met the stunningly beautiful Odette Pol-Roger, who as Grande dame of her family’s champagne house, captivated a fascination from him through her charm and finesse. After this meeting, she would send a case of his favorite vintage to him every year on his birthday. In the last ten years of his life, he managed to work his way through over 500 cases. As a sign of respect, after his death, all Pol Roger bottles bound for the U.K. would receive a black border around the label. This Sir Winston Churchill cuvée has been created to reflect a personal style the great man most adored, possessing a rich and full-bodied flavor. Usual retail price is around $215. 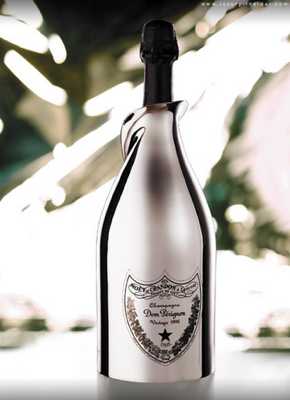 This huge 3 liter Jeroboam of Moët & Chandon’s prestige cuvée, Dom Perignon, appeals to the more extravagant and cavalier of Champagne buyers who love to show off in front of their friends and family. The primary factor commanding the enormous price tag starting at $11,200 lies in a plated white gold bottle sheath, as opposed to the actual wine itself. The 1995 vintage, of which there were only 100 produced, is laser engraved with the Dom Perignon label, and is available to purchase at Harrods, London, for just over £7,750 [$12,000.] The Jeroboam is four times larger than a standard champagne bottle, of which the more ubiquitous 1999 Dom Perignon is priced at around $150. And just for the record, it is pronounced “mow-ette” not “mow-eh”. 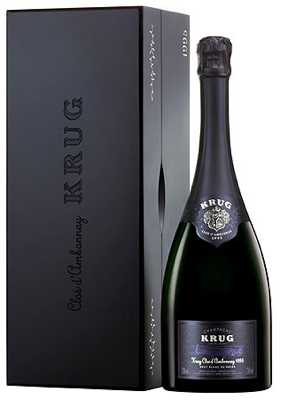 Krug, one of the more exclusive champagne houses, unveiled this extraordinary Ambonnay cuvée to the world, in 2008. It is an exception to Krug’s unique and traditional style of champagne cuvées because it is produced from a single grape variety, a single year and a single vineyard. Although it was preceded by the 1979 Clos du Mesnil, which is of a similar nature, Krug’s prestige cuvée and main product line, the Grande Cuvée, is a non-vintage blend of up to 50% reserve wines. As the Clos d’Ambonnay name suggests, the grapes are sourced from a tiny 0.685 hectare Grand Cru vineyard near the village of Ambonnay, Montage de Reims. With production limited to only 3,000 bottles, and a price tag of $2,500+, this is certainly not your average bottle of bubbly. It is, in fact, Krug’s only blanc de noirs cuvée [white wine made with red grapes] at 100% Pinot Noir. The Krug family actually purchased the Ambonnay vineyard in 1984, but did not announce the acquisition for more than twenty years, until they were ready to reveal their first vintage from this vineyard, the 1995 Clos d’Ambonnay. 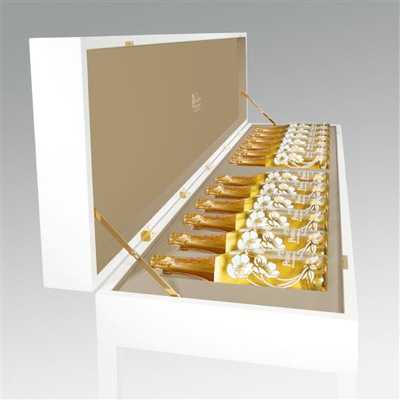 For a short time only, this particular brand of bubbly offered an experience to its purchasers like no other witnessed in history. One hundred very wealthy clients from across the globe were invited to spend the day at Perrier-Jouët’s headquarter’s, the Maison Belle Époque, to create their very own personal cuvée and receive a champagne experience dedicated solely to them. Patrons were taken on a guided tour of the premises by the Maison’s 7th Celler Master, Hervé Deschamps. After the perfect blend had been selected, their twelve champagne bottles, designed by the exquisite artist Émile Gallé, were allocated an optimum spot in the Maison’s cellar to age for several years. The sets were sold for $50,000 each. Like Moet and Chandon, Perrier Jouet is pronounced “zhew-ette” not “zhew-eh”. 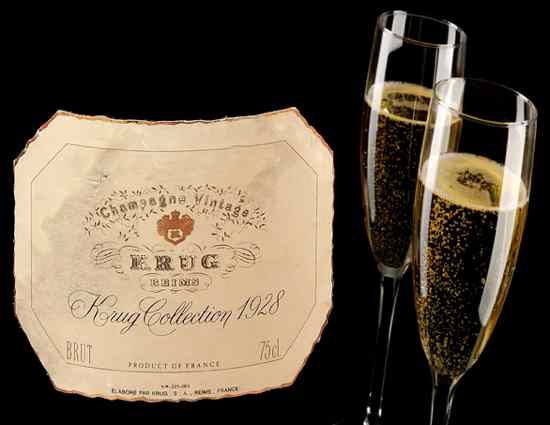 To give you an idea of significance, the exquisite 1928 vintage Krug was described by the Head of Sotheby’s Wine Department, Serena Sutcliffe, as “one of the greatest champagnes ever made”. In 2009, a standard size 75cl bottle was taken from the “Krug Collection” [the Krug family’s ultimate library of wines] and auctioned off in Hong Kong for $21,200. Previously, in 2004, another bottle, signed personally by the brothers Henri and Remi Krug, was sold at a Sotheby’s auction in London for $2,100. Joseph Krug, the grandfather of the brothers, once stated that engineering the 1928 vintage from the outstanding variety of grapes available to him at the time was one of his greatest achievements. It was served for King George VI and his guests at the first royal banquet at Buckingham Palace after the Second World War had ended in Europe, and featured at the great Millennium tasting of champagne in Sweden, 1999. 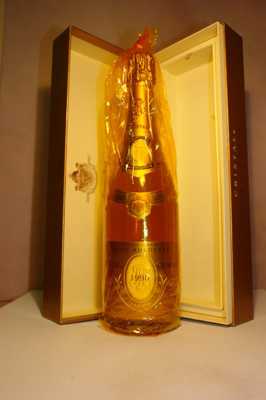 Cristal, for many wine lovers, is the most opulent prestige cuvée. The most widely accepted theory over the wine’s origin rests with the paranoia of Alexander II of Russia. During the late 19th Century the political climate in the Tsar’s home country was becoming increasingly unstable. Fearing an assassination attempt using the dark glass of a wine bottle to conceal a weapon, he commissioned a Flemish glassmaker to create a clear, flat bottomed bottle. Due to the intense gas pressure, all champagne bottles needed to have a bell shaped bottom to avoid the glass breaking. To overcome this issue the Flemish glassmaker had to use a type of lead crystal to make the bottle, which resulted in the wine becoming known as “Cristal”. As a result, this champagne has a truly royal and exclusive heritage, which is reflected in the superior presentation of the bottle. A bottle of Methuselah [8 times larger than standard size] 1990 Cristal Brut Millenum cuvée was sold at Chrisites, New York in 2005 for $18,800. 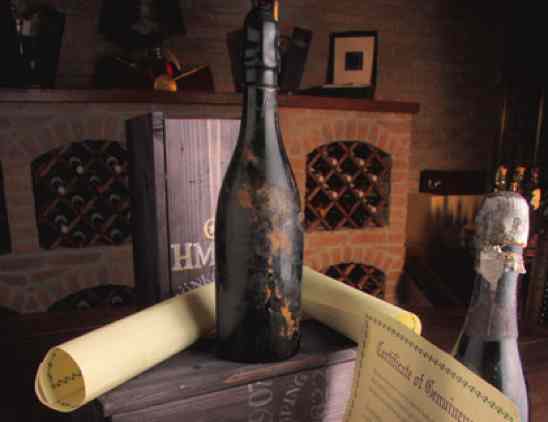 Now this vintage cuvée has some serious history to brag about. During the middle of the First World War, the wooden freighter Jönköping was chartered on a course from the Swedish port of Gävle to deliver fine spirits and wine to the Imperial Court of Tsar Nicholas II of Russia. On 3rd November, 1916, en-route to its destination, the ill-fated ship was struck on its hull by a projectile fired from a deck gun on the German submarine U-22. Predictably, the vessel flooded and began to sink, eventually falling to its final resting place 67 metres below the surface of the Baltic Sea. Onboard were over 2,000 bottles of Heidsieck 1907 Diamant Bleu cuvée. The ideal storage conditions of the cold, dark and relatively low pressure sea floor preserved the bottles for over 80 years, until the shipwreck was discovered by Swedish divers, in 1997. In a moment of pure excitement, members of the diving team opened some bottles to test their quality, and were elated to discover the content was delicious. The rest of the bottles have been sold in various auctions around the world, averaging a price of $3,700 each. That makes this bottle of bubbly an ultimate purchase for many wine collectors. 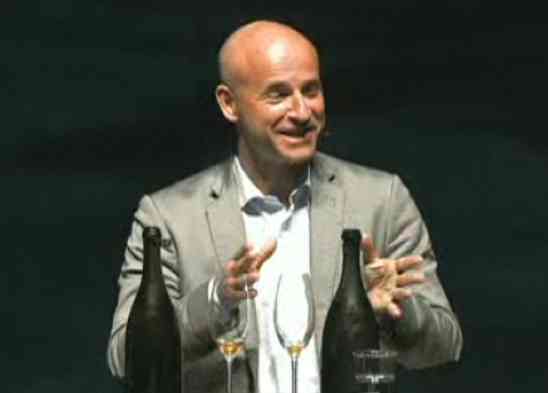 In July 2010, Swedish divers discovered a collection of 168 bottles of champagne on a shipwreck 55 metres below the surface of the Baltic Sea. Although the exact vintage of the champagne is unknown due to extensive label damage, many experts agree they originate from the early part of the 19th Century. The extremely cold and dark storage conditions of the sea floor preserved the bottles in ideal conditions for the duration of the 150+ years during which they were lost. Quite astonishingly, when initial tastings were conducted, it was discovered the sparkling wine was still drinkable. Further examination, in November of 2010, revealed that, of the bottles discovered, only three originated from the world famous Veuve Clicquot Grand Marque. The other bottles were produced by the now defunct champagne house Juglar. Local authorities have recently decided to auction off all of the bottles. They are expected to sell for in excess of $62,000 each. 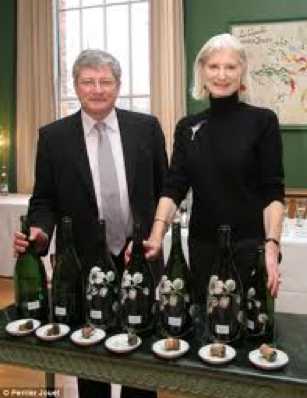 Seventy feet underground, deep within Perrier-Jouët’s cellars, resides a collection of champagne second to none on Earth. Since the earlier part of the 19th Century, the prestigious champagne house has saved and stored bottles of wine from its greatest vintages. In the third month of 2009, twelve of the world’s top wine tasters were invited to a very special tasting session. Twenty bottles from different vintages were taken from the cellar and opened in a once in a lifetime event. One of these bottles was the oldest drinkable wine on Earth, the 1825 Perrier-Jouët. At the time there were only three bottles of this vintage in existence, of all which resided in the same cellar. Once the cork had been popped by cellar master Hervé Deschamps, the legendary tasters which included such distinguished wine personalities as Michel Bettane, advised the wine had lost most of its fizz but was still a very enjoyable beverage, with a distinctive flavor of truffles and caramel. Other vintages at the tasting were the 1846 and 1874, the latter of which was still very sparkly. 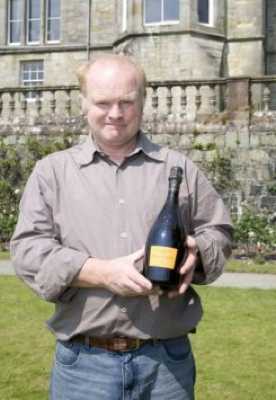 In July of 2008, while hiring a locksmith to cut a key and open an antique piece of furniture in the Scottish residence of Torosay Castle, owner Chris James discovered a treasure chest of alcoholic delights. The crown jewel of this discovery was a bottle of 1893 Veuve Clicquot in near perfect condition, including the famous hallmark yellow label. After also finding a bottle of claret, brandy and a port decanter, it became fairly obvious that the aged sideboard was a personal drinks cabinet that had been locked since the late 19th Century. Upon contacting the Grand Marque Champagne house directly, Mr. James was informed it was the only known such bottle in existence. It is considered by many to be priceless and is now on display at the Veuve Clicquot visitor centre in Reims, France. Ultimately, champagne is all about exclusivity, and by that measure as there is only one example in existence, this bottle of 1893 Veuve Clicquot is the most exclusive champagne in the world.