Crimes are committed every single day, including murder, theft, and assault. People break into homes and cause countless problems for others. And that’s what we think of when it comes to crimes—people.

But as we’re going to learn, humans aren’t the only culprits. Some of the same crimes for which people have been responsible have also been carried out by animals. Here are 10 of these cases.

10 The Bear Who Stole A Car, Crashed It, And Relieved Itself 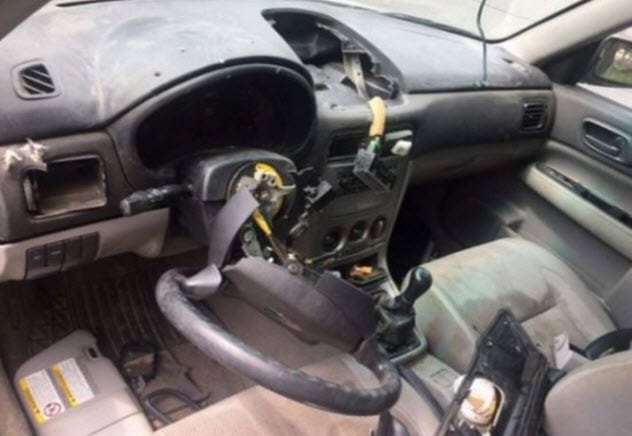 Bears have been known to steal food from homes, terrorize towns, and even break in on some occasions. But this story most likely takes the cake.

A family in Colorado woke up at 5:00 AM to find out that a bear had entered their car during the night. While looking for food, the animal got stuck, accidentally released the gear, and crashed the car into their neighbor’s mailbox. Additionally, before leaving, the bear left a thoughtful gift in the form of its own poop.

Thankfully, no one was hurt. However, the car was damaged, leaving the back window completely shattered and its radio and steering wheel practically torn out. The family was certainly extremely surprised by what had happened but mostly took it in good humor.

Nevertheless, the car was crashed and the mailbox practically destroyed. Therefore, the bear had committed damage of property and car theft.[1]

9 The Rooster Who Stabbed Someone 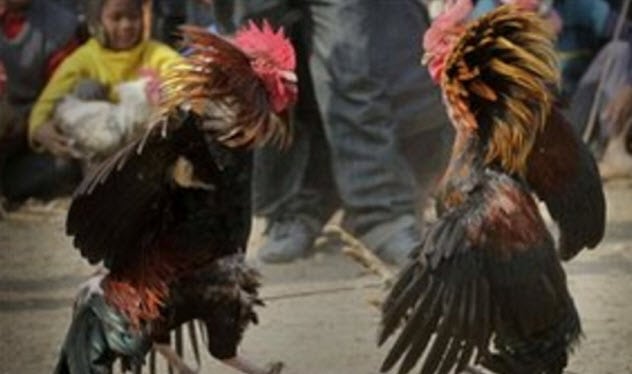 Cockfighting isn’t something to be taken lightly as it’s animal cruelty and illegal in the United States. Yet this incident took place in California and has also claimed a man’s life.

Thirty-five-year-old Jose Luis Ochoa attended an illegal cockfighting event where he was stabbed in the right calf by a rooster with a knife attached to its leg. It’s common for cockfighting roosters to have razor-sharp knives and other objects in fights. However, no one has been murdered or even seriously injured by one, so this shocked people.

The man was taken to a hospital, but it was too late. He died two hours afterward.[2]

8 The Chimp Who Violently Attacked A Young Woman 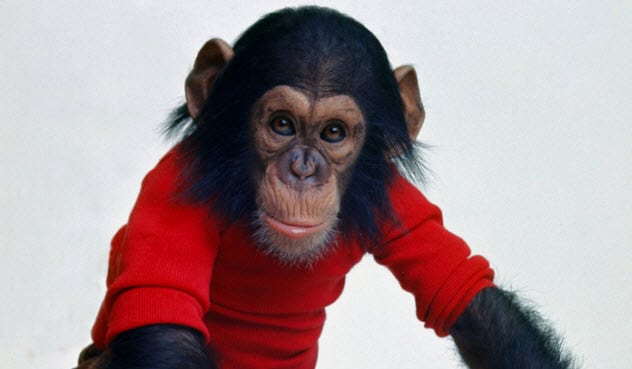 In November 1973, an experiment titled Project Nim had begun with the birth of a chimpanzee, Nim, who was torn from his mother. Researchers sent him to live with a human family in an attempt to raise Nim the same way as a human child.

The chimp was taught sign language, and everything was going great until an incident when a young female volunteer thought that Nim was trying to give her a hug. But what happened was tragically (and terrifyingly) different.

The chimp lunged toward the woman and proceeded to pierce her mouth using his fangs. As the woman was holding her hand on her bleeding cheek, the young chimp reportedly signaled “I’m sorry” repeatedly in sign language.

While the young woman was okay in the end, this case put a dark twist on the experiment already questioned by some.[3]

7 The Emu Chased By The Police 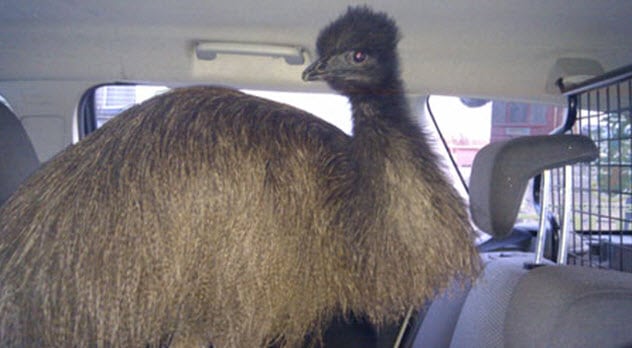 As anyone from Australia can probably confirm, emus aren’t to be taken lightly, either. However, this one committed a rather funny and innocent crime. After it had escaped from its owner, this 1.2-meter (4 ft) emu was seen running through a town during rush hour, trying to break into homes to avoid getting caught.

The police officers were a little frightened by the bird as it was quite large and fast, not to mention that dealing with birds gone wild wasn’t exactly an everyday occurrence in their jobs.

A woman was asked if she could let the bird into her lounge, but she didn’t believe it to be the best idea. Nonetheless, the emu was successfully caught at 8:00 AM and returned to its owner.[4] 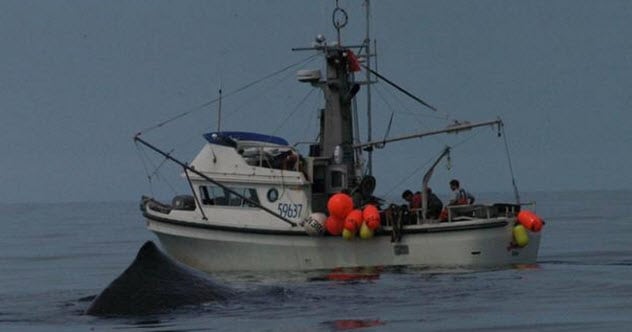 Rather than this being a crime committed by one specific animal, it’s apparently a common occurrence according to Alaskan fishermen. The sperm whales seem to target fishing boats as easy food sources by using an intelligent technique which involves getting the fish off the hooks and swiping them into the water.

This theft has become quite a nuisance to the fishermen, but it’s not likely that it will change anytime soon.[5]

The engine sound of the boat is said to attract the animals, who hunt using sound. They peacefully swim next to the boats, waiting for their moment to strike. They’re certainly clever, so we’d argue that they deserve some snacks.

A sloth, generally considered slow and lazy, managed to sneak its way into a closed restaurant. Looking for a quick snack in the night, it cleverly maneuvered through the place at first. However, this slow robber was caught as it fell toward the floor, alerting the cafe’s security after landing.[6]

Although some monkeys have previously been spotted in the restaurant during the day, this still surprised the owner, who found the incident quite funny. 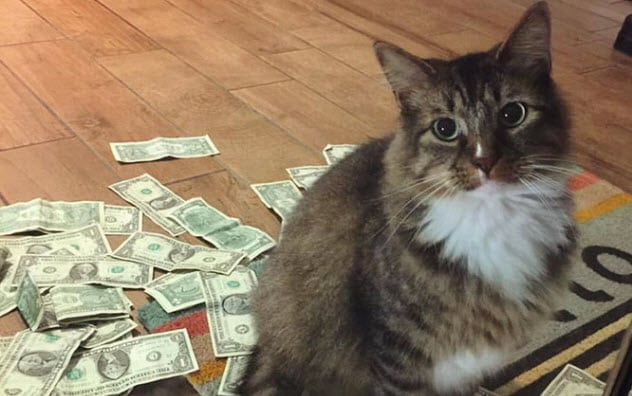 Cats are usually considered to be less innocent than their canine counterparts. Still, it’s not normally expected that a cat would have a growing pile of money taken from others.[7]

Sir Whines-A-Lot, the cat in question, has apparently snatched money from people through a small gap in an office door where his owner works. What most likely started as a game of people waving dollar bills at the kitty quickly grew bigger to the surprise of his owner, who decided to donate the money to the homeless. 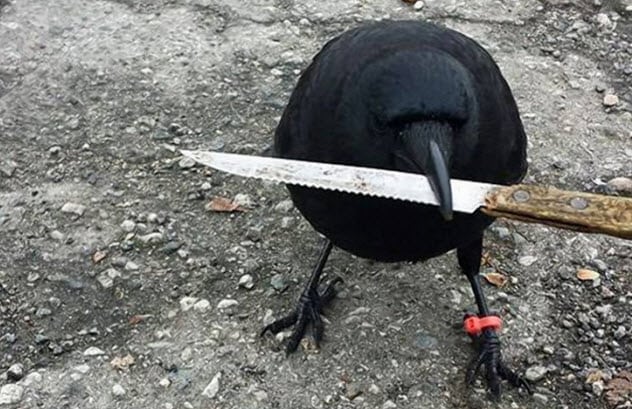 Crows are much smarter than some people are aware of. Still, it caught everyone by surprise when a crow named Canuck flew toward the ground to steal a knife, which was crime scene evidence from a Vancouver case that reportedly involved more than 20 police officers.[8]

Canuck turned out to be the pet of someone living nearby. The bird had grown up in the company of humans but had developed quite the mischievous streak of engaging in pranks and humorous behavior. In this case, the crow might have caused more trouble than ever before.

2 The Dog Who Shot His Owner 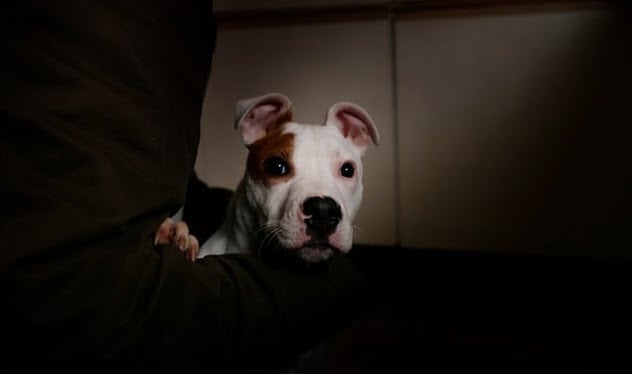 A man from Iowa spent what started as a normal day playing on the couch with his dog, Balew, before an unfortunate accident occurred. During that playtime, the dog disabled the safety of the man’s gun and then stepped on the trigger, shooting his owner in the leg.

The man later referred to his dog as a “big wuss” to the press, saying that the dog had lain down near him crying because the poor pooch knew he had done something wrong. Thankfully, in the end, everyone was okay.[9]

1 The Monkey Who Kidnapped And Murdered A Child 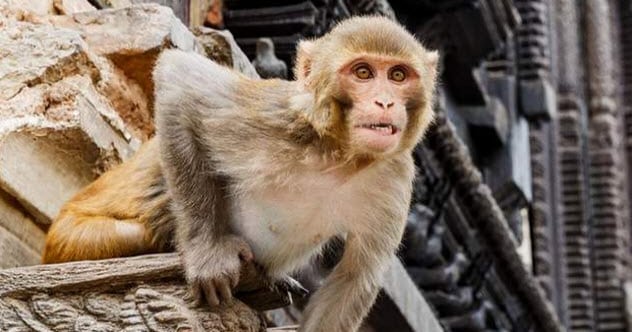 This might easily be the most serious case on the list. It involves a monkey kidnapping and later murdering a child in India. Reportedly, it has been fairly common for local monkeys to steal food and cause problems, but this was the first time that they took someone.

According to the child’s mother, the newborn was sleeping when the monkey grabbed and carried the boy away. Sadly, the monkey was too fast for the mother to catch. Later, the child was found dead behind the home where the monkey must have dropped him.[10]