Fear for the next generation? You’re not alone. If you’re not in the right frame of mind, it’s easy to see kids today as over-stimulated, over-entitled and terminally self-involved. How could they not be? They’re bombarded by influences seemingly determined to rob them of all innocence and feeling for their fellow man. Just look at the felonious role models, ubersexed music, violent video games and truly disturbing toys being marketed to them 24/7. YIKES.

Fortunately, it’s easy to get out of this frame of mind and back to reality. There are some great kids out there doing some great things. Submitted for your approval are 10 Young Philanthropists, and they deserve the spotlight more than Britney or Lindsay’s latest rehab stint.

Abby Miller is a 12-year-old musician who collects donations for 4-year-old Taylor Love, who suffers from neuroblastoma, a form of cancer affecting the nervous system. Most contributions come the old fashioned way – from playing on the street with a contribution bucket nearby. All funds go to help Taylor’s family with medical expenses. Passersby typically note Abby’s talent and drop in a few bucks, wondering why a young kid would be singing in the street on a cold day. Few notice she’s singing for a cause greater than herself.

Olivia Bouler is an 11-year-old artist who has raised over $200,000 for the National Audubon Society, which is hard at work rescuing birds affected by the BP oil spill in the Gulf of Mexico.

It all started when Olivia saw the oil spill on TV. Not knowing how to help, she wrote a letter to the Audubon Society, offering to sell her illustrations to raise money for cleanup costs. Then she hit upon the idea of just giving her drawings to anyone who donated to wildlife recovery efforts. Media outlets caught wind of her offer and the donations came flooding in. She’s made 150 illustrations so far, and shows no signs of stopping.

Cameron Cohen was 11-years old when he was stuck at home with a hip-to-toe brace following bone tumor surgery. Instead of playing Halo or watching Spongebob, Cameron spent his downtime learning software development. He then used his mad skillz to design ‘iSketch’, a drawing program now available on the iPhone App Store. Cameron donates a portion of his earnings to purchase electronic and entertainment items for other pre-teens to enjoy during their hospitalization. 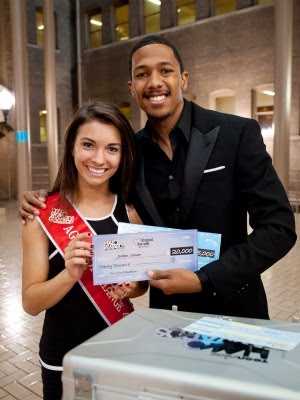 Jordan Somer is a Nebraska teen who founded the “Miss Amazing” pageant, an event for girls and women coping with physical and mental disabilities. The event focuses on all participants gaining confidence and revealing their true beauty. Jordan started the event in 2006, as a way to combine her own pageant experience with her Special Olympics volunteer work. Jordan recently received Teen Nickelodeon’s Halo Award, and hopes to use the $25,000 grant to expand the pageant nationally.

5-year-old Phoebe Russell needed to complete a community service project before she could graduate from kindergarten. Uninterested in a lemonade stand, she saw a homeless man begging for food and decided to raise $1,000 for the San Francisco Food Bank. Her teacher tried to lower expectations to something more reasonable, but Phoebe’s heartwarming appeal to leave soda cans and donations at the school snowballed. Before she knew it, Phoebe had raised $3,736.30 – the equivalent of 17,800 heated meals.

Brittany and Robbie Bergquist (12 and 13, respectively) learned of a soldier who racked up an $8000 cell phone bill by calling his family from Iraq. They decided to pay the soldier’s phone bill and brought $21 to the bank to start an account. The bank manager was so impressed he added an additional $500. This encouraged them to keep trying.

The kids then held car washes and bake sales, but then decided on recycling used cell phones. With help from volunteers, they set up drop-off sites across the USA, and used the proceeds to buy prepaid phone cards for troops overseas. To date their ‘Cell Phones for Soldiers” program has collected 7.5 million phones and provided military personnel with over 90 million minutes’ worth of pre-paid airtime.

Mackenzie Bearup is a 16-year-old girl with Reflex Sympathetic Dystrophy, a medical condition that makes cold weather, wind and vibrations excruciatingly painful. She found relief in books, and reads constantly. Then she learned of a residential treatment center that needed books for its library, and began soliciting donations. Mackenzie’s book drives have since donated over 50,000 books to treatment centers in Georgia and neighboring states, and Nestle gave her their 2009 ‘Best in Youth’ award.
Her altruism appears to be a good tonic as well: since starting her volunteer work, Mackenzie has maintained a 4.0 GPA in gifted and talented classes. She also plays harp in an orchestra, and has performed at charity events, assisted living facilities, and nursing homes.

In 2007, Timothy Hwang and Minsoo Han started Operation Fly, when they were only 14 years old. Their non-profit business offers cut-rate tutoring services to inner city students, and then uses the revenues to distribute blankets, clothing and soap to Washington DC’s homeless. Their organization has since spread to five cities, involves over 800 volunteers and is entirely student-run. For his efforts, Ernst & Young and Junior Achievement named Timothy Hwang the 2009 Youth Entrepreneur of the Year for the Greater Washington Region.

After hurricane Charlie hit Florida in 2005, Zach Bonner collected water bottles in his neighborhood using a little red wagon. By the end of the charity drive, he had 27 truckloads of aid. And he was just getting started.

In 2007, Zach began a three-stage “My House to the White House” charity march, to raise money for homeless children. In Stage 1, he walked 280 miles from Tampa to Tallahassee, Florida. In stage 2, he walked 250 miles from Tallahassee to Atlanta, Georgia. In the last leg of the trip, he walked 668 miles from Atlanta to Washington, DC. His most serious test came when his grandmother died, and the 11-year-old was forced to choose between finishing the walk or attending her funeral. He continued the trek and dedicated the march in her honor. All monies were split between a playground for an emergency foster care shelter in Tampa, and the Sasha Bruce Youthwork, which helps runaways and homeless kids in Washington, DC.
In 2010 Zach’s ‘March Across America” took him 2,448 miles from Tampa to Los Angeles, culminating in a meeting with Elton John, who contributed $25,000 to the Little Red Wagon Foundation.

Harry Moseley is a nine-year-old from Sheldon, Birmingham, UK. He lives with an inoperable brain tumor, but this hasn’t stopped him from making and selling beaded bracelets for Brain Tumour UK. His bracelets are now available in over 30 shops across Britain, and so far he’s raised over £15,000.

Harry also gives PowerPoint presentations to school kids, and encourages them to set up bracelet making clubs. Harry’s system gives 15p from every bracelet sold to the kids’ school and the rest goes to Brain Tumour UK. Harry started his fundraising efforts after an elderly friend in the hospital bed next to him died from their shared condition.

When presented with the 2010 ‘Britain’s Kindest Kid’ award, reports say Harry was “speechless” and “gobsmacked”. He plans to give £200 each to his brother and sister and spend the rest on a wooden playhouse in the garden where he can make bracelets. He dedicated his prize to his late friend Robert Harley. 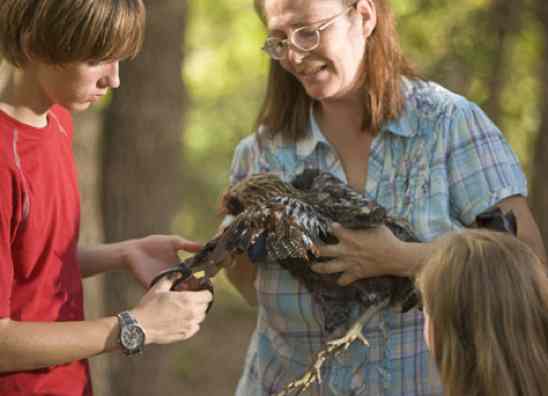 Someday a better writer will make a new list of young philanthropists, and I wouldn’t be surprised if the kids on it were involved with the Be Better U Dream Ranch, which helps children learn and teach other kids about philanthropy. If you or your child are in the Dallas-Fort Worth area, and are interested in child-led philanthropy programs, go to their website and see if you’d like to help out.