Most books contain animals in one form or another. Harry Potter and his friends all have pets. James Herriot’s entire works are about his daily dealings with animals. This list, however, deals with books containing animals who talk, think and cope with real human type problems as humans might. I am sure everyone has their favorites and this list is in no particular order. Just 10 fine examples of writing.

10
Mrs. Frisby and the Rats of NIMH
Robert O’Brien 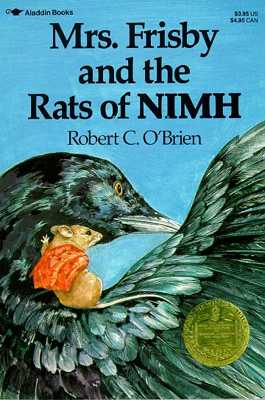 Winner of the 1972 Newbery Medal, NIMH centers around Mrs. Frisby and her children. Her youngest son, Timothy, has come down with pneumonia and cannot be moved, but the nearby farmer is about to till up the field where she lives. Thus presenting a dilemma. Her recently departed husband belonged to a brotherhood of rats. Only two mice belonged to this order, her dead husband, and Mr. Ages. With help of the latter and a clumsy crow named Jeremy, she seeks help from the rats. These rats have been injected with a super-intelligence type serum from the menacing presence known as NIMH (National Institute for Mental Health). 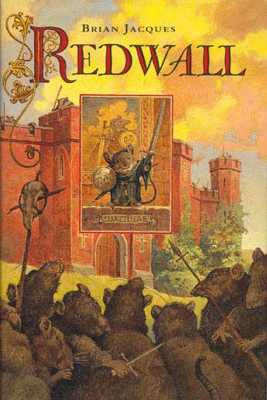 Redwall is a huge fantasy series, of which, admittedly, I have only read the first, and that when I was a child. It is so immensely popular, though, I could not see leaving it out of this list. (I have put it on hold at the local library so I can re-read it). Redwall itself is a sort of gathering place where animals of the area can come and seek refuge in times of trouble. The original book tells the story of Matthias and his battle with Cluny the Scourge. Cluny is a rat who sets up camp with his cronies in town and begins causing trouble for Matthias and other local inhabitants. Matthias goes on a quest to retrieve a legendary sword to lead an uprising against Cluny and his cohorts. You shall have to read the book to see how it turns out.

8
The Guardians of Ga’Hoole
Kathryn Lasky 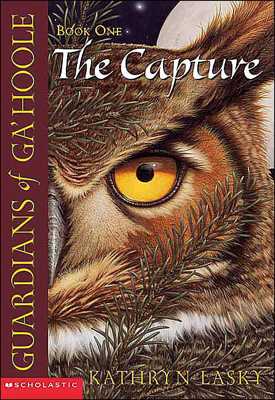 This book series starts off in the nest of Soren and his family. Soren is a barn owl who is just starting off in life. He has an older brother named Kludd and a younger sister named Eglantine. Without spoiling too much of the story, Soren ends up out of his nest and, unable to fly, he is helpless. He ends up being owlnapped by a band of rogue owls, who have been committing acts of wanton owlnapping all over the countryside! They are brainwashing young owlets to do their bidding and start an army! With the help of a friend, Soren escapes and embarks on a quest to find the legendary Guardians of Ga’Hoole, to save owlkind. 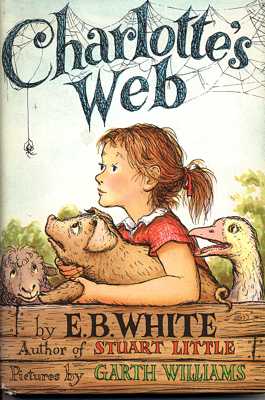 Charlotte’s Web centers around Wilbur the pig, his owner, Fern, and Charlotte the spider. Wilbur is a runt and is nearly killed by Fern’s father before she rescues him. She raises him in her yard until he reaches the point where it is no longer sensible to keep him as a pet. Wilbur is then sent to a nearby uncle’s farm so Fern can still visit him. In his new surroundings, Wilbur meets lots of barnyard creatures. Some of them are friendly, and some are downright rude, at first. They are the ones who reveal to him that he will soon be eaten by the farmer and his family. Well, this just sends Wilbur into hysterics, until he is calmed by Charlotte, a spider who resides in the barn and who hatches a plan to save Wilbur’s life. 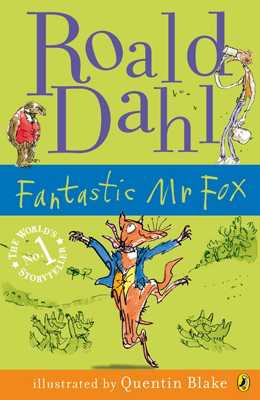 The title character in this children’s novel is as sly as his name implies. I do not recollect whether or not we ever learn his first name. Mr. Fox lives underground with his wife and children, and feeds them by stealing from 3 very curmudgeonly farmers. The farmers catch onto his games and try several different means to thwart his efforts, all without success. In his nightly raids, Mr. Fox comes across other burrowing animals in need of sustenance. They join forces and eventually become involved in a fairly organized crime family. 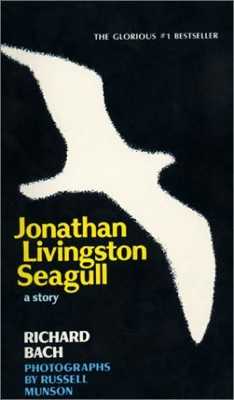 The title character of this novel is bored with the mundane life of an ordinary seagull and desires to learn and absorb all he can about flying. He eventually meets some other gulls who take him to a “high plane of existence”. In this new reality, Jonathan befriends several other sea birds who share his infatuation with flight. Jonathan eventually becomes so wise and learned that he can place himself anywhere in the universe by the power sheer thought. This book is considered by many to be a spiritual classic. You can definitely tell which era it was written in when reading it. I do not know how much it is read by the current generation, but something tells me it had its heyday sometime around my kindergarten years. (1977) 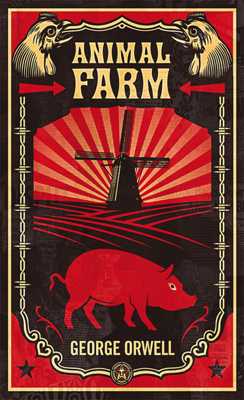 Somewhat of a satire on events leading up to and during Stalin’s reign, from the point of view on an Englander. The farm is owned by Mr. Jones. One evening, the oldest pig on the farm goes on a tirade and speaks his mind about how he feels about humans to the other animals. Even to go so far as to teach them an anti-human song. He dies shortly thereafter, and the younger pigs put the wheels in motion to make his credo a way of life for the animals on the farm. The animals eventually overthrow Mr. Jones and claim the farm for their own. All starts out well, with all animals living as equals. The animals are running the farm themselves and living and working as a cohesive unit. They have more than 1 battle with Mr. Jones and his neighbors in attempts to retake the farm. Power eventually corrupts the young pigs, though, and all Hell breaks loose soon enough. 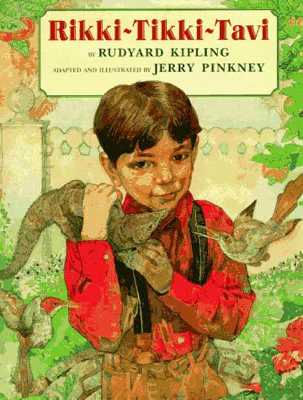 Originally a portion of The Jungle Book by Kipling, this story was so popular it was published by itself as a novella, or a short book. The title character is a mongoose who is found, nearly drowned, by a human boy. Rikki Tikki saves the boy from a dangerous snake, and thus, is adopted as a part of the family. Out on an excursion one evening, Rikki Tikki happens upon a muskrat who warns him of a plot by a pair of cobras who live nearby to kill the human family. Rikki-Tikki manages to kill the male cobra after he sneaks into the house to murder the boy’s father. He soon finds out, though, that there are cobra eggs about to hatch. He must recruit help from all the animals in the garden to destroy the eggs, and their mother, in order to make the garden a safe place for all. 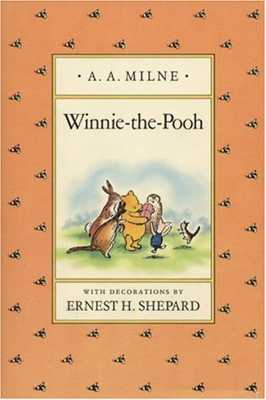 While actually stuffed animals, they are real enough in their imagined adventures through their owner, Christopher Robin. Pooh and his friends were included in several different adventures through two books, and several animated films. Pooh, while kind and most generous, is somewhat of a simpleton, getting into several predicaments with the help of his ever-present sidekick, Piglet. He often has to enlist the help of others in the “Hundred-acre wood”: Eeyore, a humdrum worry-wart of a donkey; Tigger, a bouncing tigerish creature; Owl, the resident know-it-all; Rabbit, a neurotic worry wart; Gopher, a tunneler with a speech-impediment, and Kanga and Roo, a mother and son team of friends. A sequel to the first book was published recently. I, however, have not read it. 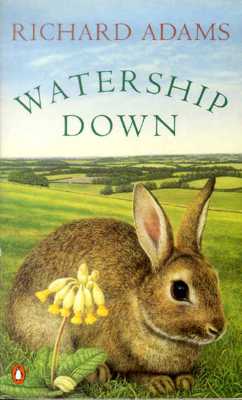 Filled to the brim with religious overtones, Watership Down is the tale of a band of rabbits who flee their troubled home in search of safety and freedom. Led by Hazel and his friend Fiver, a pack of young buck rabbits leave their home when Fiver has a sort of psychic flash that they are in trouble. The renegade rabbits manage to escape and eventually come to their paradise, named Watership Down. In their haste though, our heroes failed to bring along any female rabbits. Thus, they cannot live a long and fruitful existence without children. The remainder of the book details the quests of the rabbits attempting to rescue females from a neighboring farm. They do finally achieve their goal, only to start a war.