The media usually focuses on reporting people who escape prison because they are considered to be a serious threat to others. However, some animals deserve to be feared just as much, if not more, than people.

Animals successfully get out of zoos, shelters, and even pet shops more frequently than one may think. Mistakes made by staff are the leading cause of the incidents. But there have also been cases of people purposely aiding escapes as well as some rare, ingenious breakout tactics devised by the animals themselves.

Although the majority of animal breakouts involve small and harmless creatures, here is a list of the more dangerous beasts that have escaped captivity. 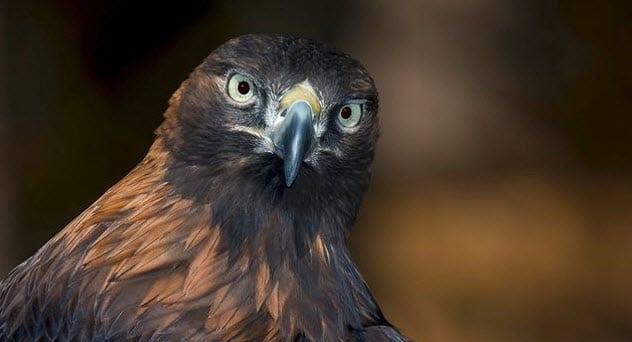 In 1965, a golden eagle named Goldie escaped from the Regent’s Park Zoo in London. After five years of living at the zoo, Goldie escaped while the cage was being cleaned.

The eagle became a national sensation during its 12 days of free reign. Hundreds of calls and letters were sent to the zoo with capture advice. A crowd of roughly 1,000 people gathered to watch the eagle’s keepers, police, firefighters, and even a BBC reporter attempt to catch the bird. The navy was also consulted about supplies, including a net and line-firing rifles.[1]

Goldie was caught by the deputy head keeper, who lured the eagle with a dead rabbit tied to a rope. He quietly walked up to the bird and caught it with his bare hands. Goldie was declared unhurt and returned to the London zoo, where visitor numbers doubled during the following days.

While it was free, the predatory bird devoured a duck in the garden of the American ambassador to Britain and attacked two terriers, which were defended by members of the watching crowd. Goldie successfully escaped again later that year but was recaptured within four days. 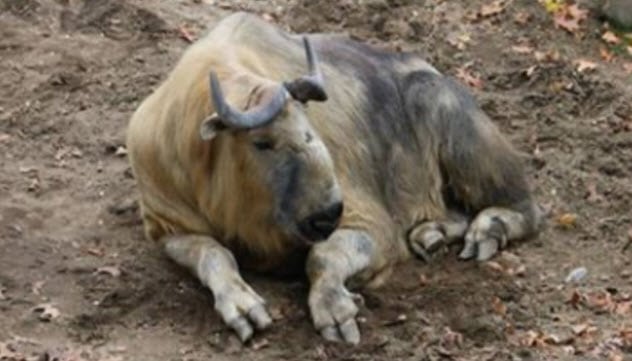 Takins can be found in Bhutan, Myanmar, northern India, and southern China. They tend to live on mountain ranges with elevations of 1,500–3,600 meters (4,900–11,800 ft). Their population in the wild is gradually decreasing due to hunting.

In May 2018, a 363-kilogram (800 lb) takin rammed its way out of a Rhode Island zoo. The beast ran around for an hour before it was captured and sedated. Two employees sustained minor injuries, which were treated on the scene.

The takin escaped early in the morning before the zoo opened for visitors. A veterinary team approaching to carry out a routine hoof procedure appeared to have caused the incident. The animal charged at reinforced doors multiple times until it successfully broke out of its enclosure and roamed the facility’s grounds.

The takin arrived at the zoo in 2012 and had never escaped before. On a typical day, the zoo could have had a couple thousand visitors. Zoo officials reassured the media by stating that visitors would have been sent to security buildings if the facility had been open at the time.[2] 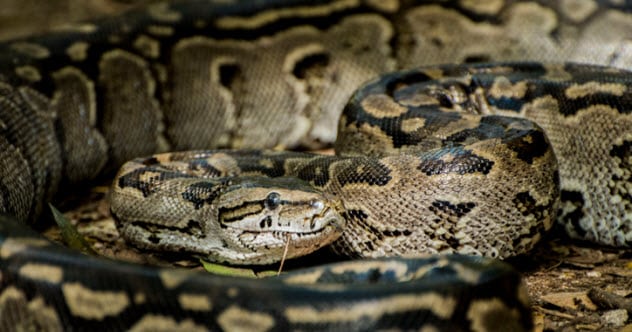 In most cases, animals that find a way out of captivity do not cause significant harm before their recapture. Unfortunately, that was not the case with an African rock python that escaped a pet shop in Canada in 2013.

The 4.3-meter (14 ft) snake strangled two young brothers, aged five and seven, by slithering into their room through a ventilation system. The children were having a sleepover at their friend’s flat, which was located above a Reptile Ocean shop in Campbellton, New Brunswick.

Mr. Savoie, their friend’s father and the owner of the shop, discovered their bodies the following morning. His own son had slept in a different room and was unharmed. Savoie was shocked and said that he thought of the kids as his own.[3] 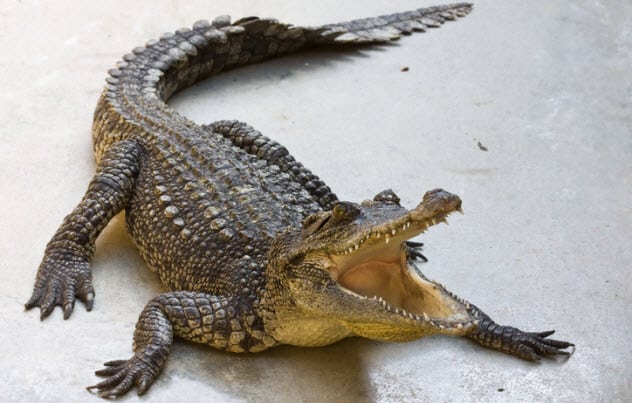 Crocodiles are likely among the animals least expected to break out of captivity. Their size and slow mobility on land make it difficult for them to slip away unnoticed. However, it is hard to predict what can happen when Mother Nature gets involved.

At the beginning of 2017, no fewer than 10 crocodiles found their way out of a zoo after Southern Thailand was hit by a flood. Some of the crocodiles measured up to 5 meters (16.4 ft) long. Reports noted that all of the deer and rare bird species had also escaped.

Authorities warned the locals to be cautious around deeper waters. Attempts at locating the reptiles were unsuccessful due to the changing water level.[4] 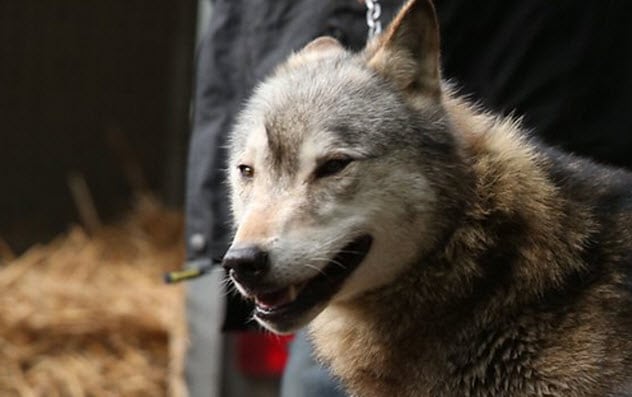 In January 2018, a Berkshire wolf called Torak fled from the Wolf Conservation Trust’s site after its enclosure was damaged by strong winds. However, the sanctuary has stated that someone may have left the gate open deliberately.

Torak was recaptured six hours later. Police said that the wolf had traveled roughly 13 kilometers (8 mi) before it was caught near a motorway. An expert in capturing animals who was tracking Torak noted that the police would have shot the wolf if it had run onto the motorway.

Teresa Palmer, the founder of the sanctuary, assisted with the recapture. She said that someone may have left the gate open on purpose because a lot of people do not believe in holding animals captive.

In a different incident, a wolf that escaped the Cotswold Wildlife Park in 2017 was not as lucky. The Oxfordshire park visitors were told to remain indoors after a three-year-old wolf named Ember found a way past the perimeter fence.

Staff attempted to tranquilize Ember, but the wolf was out of range and close to a busy road. Park officials described their choice to shoot the wolf as a devastating last resort. Earlier that year, Ember had given birth to five cubs, which were the first wolves to arrive in the park’s 47-year history.

Ember’s death resulted in a lot of criticism, but the Cotswold Wildlife Park stated that there was no better way to ensure the safety of visitors and the public.[5] 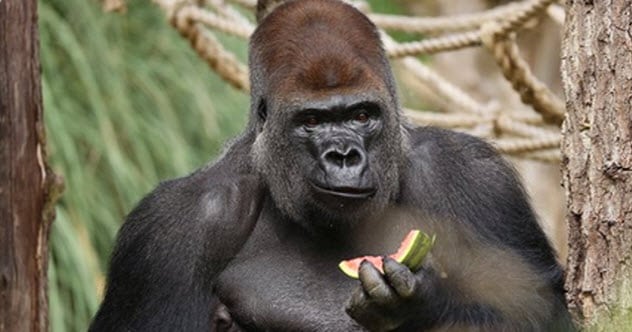 A silverback gorilla named Kumbuka escaped through an open cage door at the London Zoo in 2016. The zoo refused to reveal further information about the incident but noted that the gorilla did not smash any glass or force its way out of the enclosure.

Despite the description of Kumbuka as a “gentle giant,” visitors were ordered to take cover in buildings when the 184-kilogram (406 lb) ape escaped. Armed police got involved in finding and tranquilizing the gorilla.

Kumbuka was tranquilized and returned to the enclosure within half an hour. Nobody sustained any injuries during the escape, and the zoo stated that none of the visitors had been in any danger because the gorilla had never left a staff-only area.

Turns out that the only damage caused by the gorilla was the loss of 5 liters (1.3 gal) of undiluted blackcurrant squash, which Kumbuka drank in the staff-only service corridor.[6] 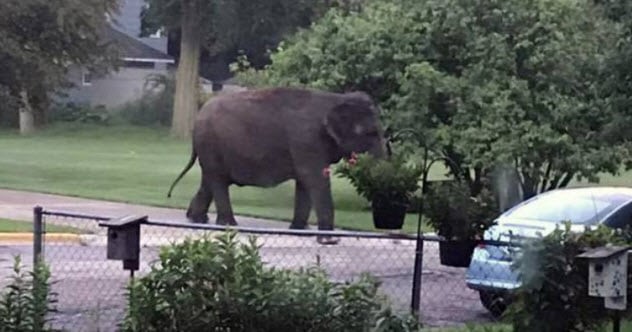 Nobody living in the center of a city wakes up in the morning and expects to see an elephant outside their window. But that is exactly what happened to the neighbors of a circus in Baraboo, Wisconsin, in summer 2017.

Kelly, the 3,810-kilogram (8,400 lb) Asian elephant, escaped from the circus and went to munch on some nearby plants. Her stroll down the block was followed by shocked neighborhood screams.

Turns out that Kelly’s escape was assisted by Isla, another elephant. Isla is intrigued by anything shiny, including the nuts and bolts which held together their enclosure. The elephant released several bolts secured to a latch hinge, giving Kelly a chance to escape.

While Isla stayed put, Kelly did not pass up the opportunity for an early meal. The giant animal slipped away unnoticed and began feasting on surrounding greenery.

All it took to get the elephant back to the enclosure was Kelly’s trainer calling her name. It did not take long for Kelly to return to the circus while nibbling on some more plants along the way.[7] 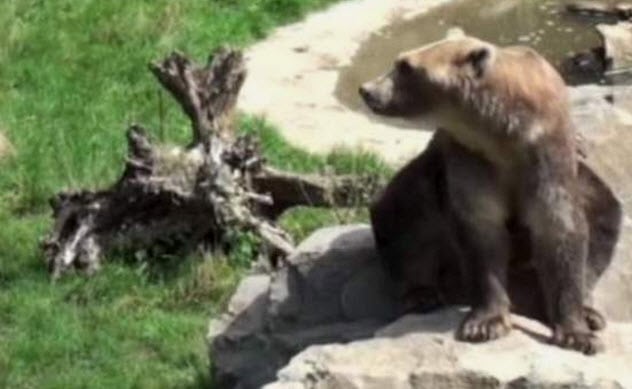 A bear named Taps escaped from a zoo in Osnabrueck, Germany, in 2017. The bear was quickly shot dead by zoo personnel before it could cause any harm. Police officers rushed to the zoo and assisted in temporarily evacuating the area as well as investigating the animal’s escape.

Taps was a cappuccino bear that had a brown bear and a polar bear as parents. The animal escaped through a hole in its cage, which led to the staff ushering the visitors into the monkey house for shelter. Reports noted that a second bear remained safely inside its enclosure.

Andreas Busemann, the head of the zoo, stated that the team had to react immediately to protect the visitors. So staff members shot the bear before police arrived.[8] 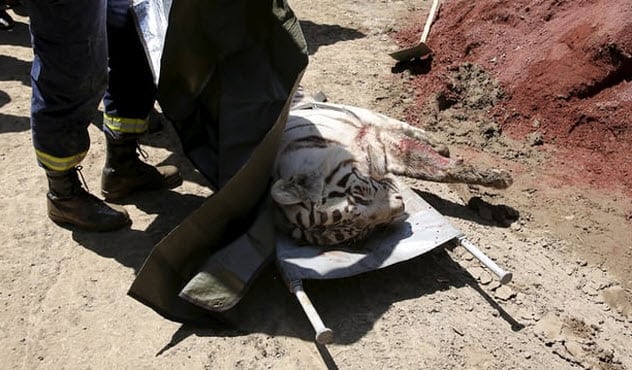 Any predator that is both large and agile can pose a serious threat, and tigers are a prime example. They are one of the most common animals to injure or even kill people after escaping captivity.

For example, during summer 2015, a flood freed hundreds of wild animals from a zoo in Tbilisi, Georgia. Among those animals was a tiger, which killed a man in a warehouse before being taken out by police. The 43-year-old man was attacked in the throat and died before reaching the hospital.[9]

Another tiger escape occurred at the San Francisco Zoo in 2007. The tiger mauled three visitors, killing one of them. Police also suspected that the men who were attacked may have taunted the animal. Investigators found a shoe and some blood inside the tiger enclosure, leading them to believe that a leg or a board may have aided the escape.

The 4.6-meter-wide (15 ft) protective moat could not be crossed by the animal in a single leap without assistance. However, dangling legs into the enclosure may have been enough to make the jump a possibility. 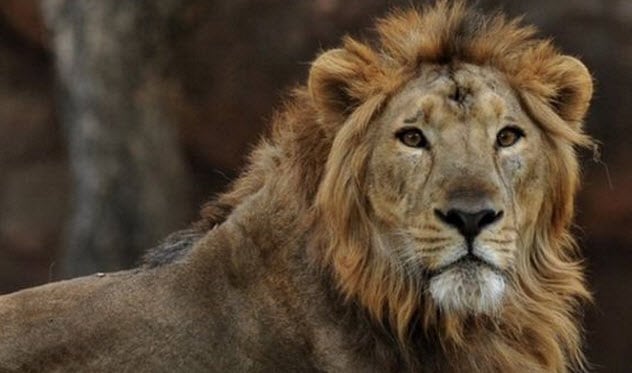 People tend to get used to their jobs by following a daily routine, no matter how difficult or dangerous it may be. But, sometimes, losing caution can have fatal consequences—especially around dangerous animals.

A 65-year-old man turned his back on the king of the jungle while cleaning its cage in a Chinese zoo in 2015. The lion did not miss the chance to take a bite out of the man’s shoulder and neck. He later died from the injuries.

After its escape, the lion roamed around the park for over an hour while local officers and special forces were mobilized. Officials blocked off the park’s entrance with steel barriers while visitors and zoo staff were evacuated. The lion was shot dead by police to ensure the safety of visitors. Later that afternoon, the park reopened for business.

The incident was all over Chinese media and Internet forums, with many questioning the zoo’s decision to kill the lion. They were also concerned about the animals’ living conditions. Earlier, animal rights groups had criticized the zoo’s safety and conditions when some of the cages were found to be rusty and rotting. After the incident, an official stated that the necessary cleanup and repairs would be taken care of.[10]