They came in all shapes and sizes, and we gawked and gasped, just like we were supposed to do. Ladies and gentlemen and children of all ages: our list of the top ten attractions ever to grace the sawdust stage of circus big tops and sideshows is here! 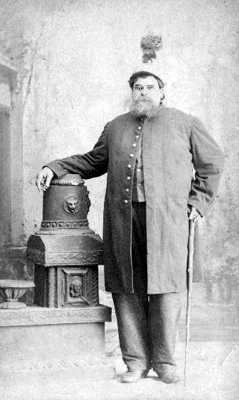 Billed as the world’s tallest man, Arthur James Caley (aka the Middlebush Giant), was given the stage name of Colonel Routh Goshen by P.T. Barnum. Stories about him abounded: Barnum either discovered him while traveling abroad, or first saw him on the streets of New York; he was either born on the Isle of Man, in 1827, or in Jerusalem in 1837 – Barnum made up so many stories about the big guy that he himself might not have remembered which one was true. At any rate, the circus billed the Middlebush Giant as standing 7’11” and weighing 620 pounds, but he most likely topped no more than 7’5″, around the same height as today’s tallest pro basketball players. “Colonel Routh Goshen” died in Middlebush, New Jersey, in 1889 and is buried there. 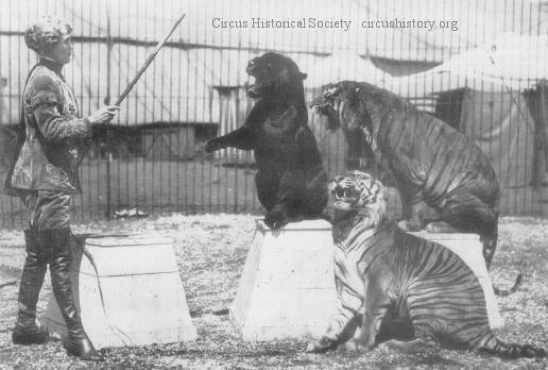 She may have been small in stature, standing just five feet tall, but the Marvelous Mabel Stark stood above the crowd as the greatest female tiger trainer in history. For a time, in the early1920’s, her act was the most popular of all six of Ringling’s world animal acts. In 1928, after she slipped in a muddy arena, two tigers knocked her to the ground and attacked her, clawing at her shoulders, arms and chest, and tearing muscles in her back, thigh and hip; her injuries required 378 stitches, but in just a few weeks, she was back in the steel cages, swathed in bandages and walking with a cane. In 1950, Mabel was attacked so brutally by one of her tigers that it took 175 stitches to save her right arm. The incidents didn’t stop fearless Mabel, though; she spent 57 years in the limelight, and died of a self-administered drug overdose after being fired from her last job, at a theme park called JungleLand. 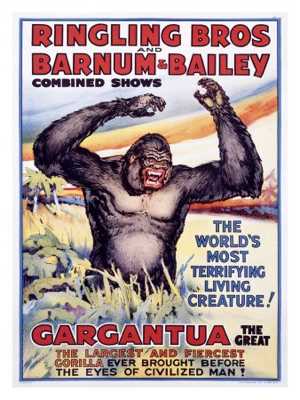 Billed as “the world’s most terrifying living creature,” the gorilla known as Gargantua the Great saved the Ringling brothers from bankruptcy when he joined the show, in 1938. The circus claimed that the scar-faced, snarling gorilla, captured in Africa as a baby, hated humans – thus piquing the interest of a lot of humans. In his early years, Gargantua, known as “Buddy,” was renamed by new owners after a giant in French literature, which, quite frankly, sounded a lot more frightening than “Buddy.” Gargantua apparently had a circus mate named Mrs. Gargantua, but her title was in name only because he never showed any interest in her. 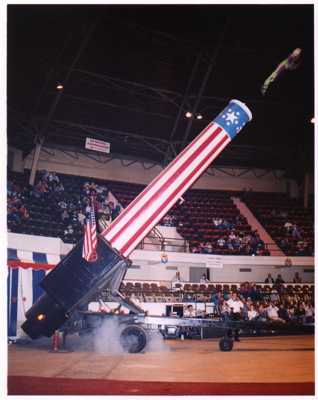 Wanted: “Man who wishes to be explosively propelled ninety miles an hour out of a cannon across a circus tent into a net.” Mario Zacchini apparently thought that sounded like a good job because, after committing to the feat, he and four of his brothers spent years being launched from a silver-painted cannon, three times a day with the Ringling Bros. and Barnum & Bailey Circus. The Zacchinis have acknowledged that their shattering cannon blasts were purely sound effects, achieved by igniting half a cup of black gunpowder, but Mario and his family never revealed the secret of the launching mechanism. Mario often said that “flying isn’t the hard part; landing in the net is.” 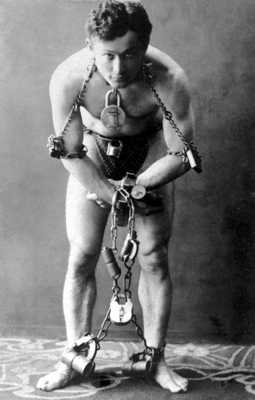 One of the world’s greatest magicians got his start with the Welsh Brothers Circus in Lancaster, Pennsylvania, in 1895. For 26 weeks, Harry Houdini and his wife, Beatrice, sang, danced and performed a trick called “metamorphosis,” in which they switched places in a locked trunk. Houdini continued to hone his voice and showmanship while becoming an expert at handcuff manipulation. The rest is history: his expertise in escapism launched him into international stardom far away from the circus world. 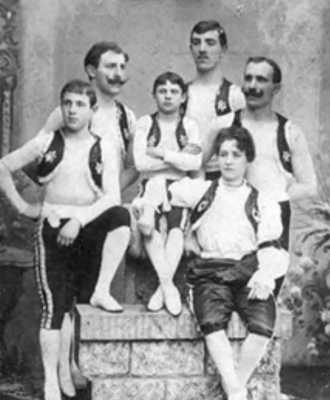 In 1922, Karl Wallenda formed a foursome called the Great Wallendas. They toured Europe, performing daredevil acts like forming a four-man pyramid and cycling across a tightrope high above the crowd. John Ringling was so impressed with a performance he saw in Cuba, that he hired them to perform for the Ringling Bros. and Barnum & Bailey Circus. They debuted at Madison Square Garden, in 1928, and performed without a net because it had been lost in transit. The act was a crowd-pleaser, but it wasn’t always fall-proof. At an Akron, Ohio performance, the group fell from the high-wire to the ground, but they were unhurt. A reporter witnessed the accident and said, “The Wallendas fell so gracefully that it seemed as if they were flying,” and that’s how the Great Wallendas became the Flying Wallendas. Forty-odd years later, on March 22, 1978 in San Juan, Puerto Rico, Wallenda fell to his death from the high wire at the age of 73. 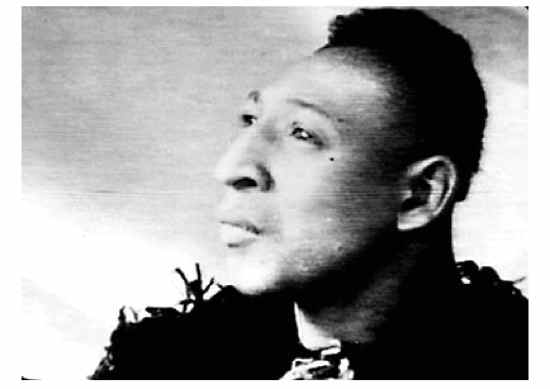 With all due respect, William Henry Johnson was an oddity. His body developed normally, but his head remained small and tapered at the tip. Van Emburgh’s Circus in Somerville, New Jersey, paid Johnson’s parents to display their son and billed him as a “wild negro boy” who had been caught in Africa and put on display in a cage. Johnson’s popularity came to the notice of PT Barnum, who gave him a new look by putting him in a furry suit and shaping his afro into a tiny point, that accented his sloping brow; Barnum also renamed him “Zip the Pinhead.” It’s said that during his 67 years in show business, more than 100 million people visited Zip at the circus. His last words were “Well, we fooled’em for a long time, didn’t we?” 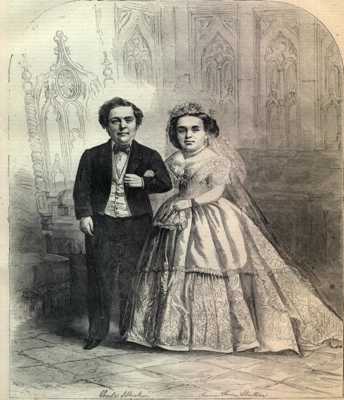 In 1842, Barnum hired four-year old dwarf Charles Stratton, who soon became world-famous as General Tom Thumb. Only 25 inches tall, Stratton started touring the United States with Barnum’s circus, impersonating characters like Cupid and Napoleon Bonaparte. He also sang, danced and participated in skits. In 1844, Barnum took him on a European tour, where he appeared twice before Queen Victoria and became an international celebrity. But it was his wedding (by which time he’d grown to his adult height of 2’11”) to 2’8″ Lavinia Warren, in 1863, that drew the greatest public attention. Barnum charged $75 per ticket and 2,000 people – including congressional representatives, millionaires, and generals – attended. During their honeymoon, the little couple were wined and dined by President and Mrs. Lincoln at the White House. 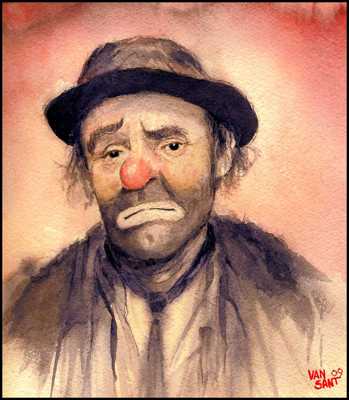 Emmett Kelly’s best known routine was trying to sweep a spotlight into a dustpan on the Ringling circus stage. From 1942 to 1956, he appeared as a classic tramp clown called “Weary Willie,” his version of a Depression-era hobo. Kelly’s style was different from his flashy peers: he wandered around the arena dressed in tattered clothing, using pantomime instead of words to connect with the crowd. He died, aged 80, of a heart attack in Sarasota, Florida, which was the longtime winter quarters of the Ringling Bros. and Barnum & Bailey Circus. 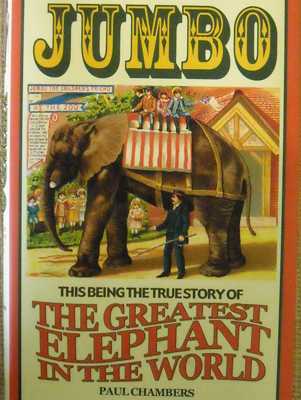 PT Barnum brought Jumbo the elephant to New York City on Easter Sunday, 1882, just in time for the annual opening of “the Greatest Show on Earth” at Madison Square Garden. In the first six weeks, Jumbo helped the show gross $336,000. Twelve feet tall at the shoulders, and weighing in at six and a half tons (in fact, the word “jumbo”, as we use it, comes from his name), he’s considered the greatest circus attraction in American history. Jumbo traveled like royalty in a private railroad car called “Jumbo’s palace car,” a crimson and gold boxcar with huge double doors. Unfortunately, popularity and size were no match for a speeding freight train that took Jumbo’s life on September 15, 1885, in St. Thomas, Ontario as he was being loaded onto his palace.