The debate about the greatest athletes in every sport has been done to death. But what about the ones who didn’t win? The ones who missed out on their chance to win the big championship. When their opportunity came for sporting immortality, they didn’t take it. This list is dedicated to the people who will forever be known as the “one who let the big one get away”. List courtesy of Minsung Kim. 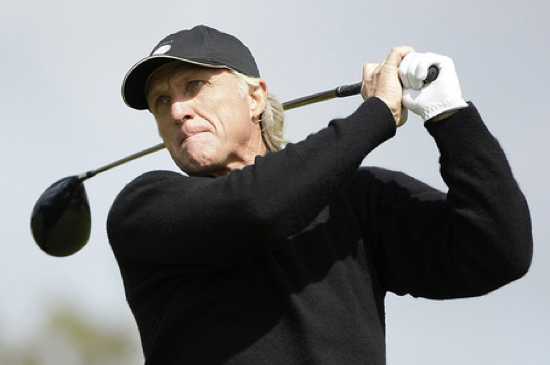 Greg Norman is regarded as one of the most talented, but also one of the unluckiest golfers in history. He was known for his unique style of play, and having one of the best swings in the game. He is generally thought of as the greatest driver of the ball, bar Jack Nicklaus. He won the British open twice, but never won any of the three US majors. On 5 occasions he finished second in one of the three major US titles; the Masters, the US Open and the PGA Championship. In many of these, he led for most of the tournament but always stumbled at the final hurdle.

Interesting fact: Bill Clinton fell down a set of stairs outside Greg Norman’s house in 1997, tearing tendons in his right knee cap. 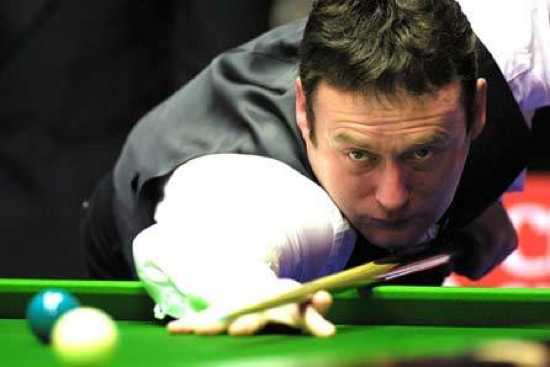 Nicknamed the ‘People’s Champion’, Jimmy is one of the most popular snooker players in the history of the sport. The left hander was known for his attacking style of play that enticed fans. He made it to an incredible six World Championship finals, including 5 in a row between 1990-94, but lost on every occasion. Four of those defeats were at the hands of Stephen Hendry, the most successful snooker player of all time. His most agonizing defeat came in 1994, in the last of his six finals. Needing to pot just a few more balls in the final frame of the match, he missed a routine black off the spot, allowing Hendry an opportunity to steal an 18-17 victory. Some will say that Jimmy never quite had that killer instinct to get over the line on the big occasions, but no one could argue that he was unlucky to play in the same era as two of the games’ greats: Steve Davis and Stephen Hendry.

Interesting fact: Jimmy’s bull terrier, Splinter, was dognapped and held for ransom in the late ‘90s. 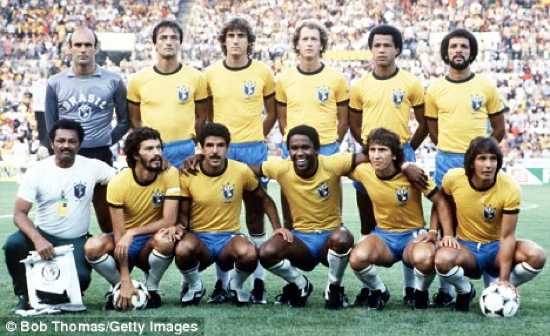 Brazil has won the World Cup a record 5 times, yet their 1982 team is consistently voted their greatest ever side, and the best football team of all time. Many regard that team as better, even, than their ‘Golden Era’ team of the ‘70s that included the likes of Pele and Carlos Alberto. They went into the ‘82 World Cup in Spain as heavy favorites and their campaign got off to the perfect start. They cruised through their first three group games, scoring 10 goals in the process. They had a mouth watering attack comprising of Zico, Eder, Socrates, Junior and Falcao, whose slick passing and movement mesmerized their opponents. Their philosophy was simple: however many you score, we’ll score one more. In the second round they were drawn in the ‘group of death’ with Argentina and Italy. They breezed past holders Argentina 3-1, but lost 3-2 to Paulo Rossi’s Italy in one of the best World Cup games ever. If the Brazilians had a weakness that year, it was their defense. The brilliant Rossi scored all three goals in that game, and went on to score again in the final as Italy beat West Germany.

Interesting fact: The Brazilian Gold Frog is the smallest frog in the Southern hemisphere; it grows to just 9.8mm. 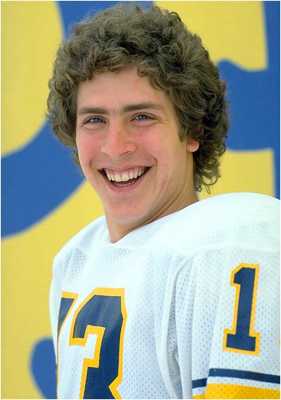 Known for his powerful arm and quick release, Dan Marino is one of the most prolific passers the NFL has ever seen. In his 17 year career with the Miami Dolphins, they reached the playoffs on no fewer than 10 occasions. He became a starter for the Dolphins mid way through his rookie season, and by the end of his second season he was named NFL MVP, and had set 6 single-season NFL records including 48 touchdown passes, destroying the previous record of 36. At the end of that season he made his first, and only, Super Bowl appearance, losing to the great Joe Montana and the San Francisco 49ers. Although he would never make it to another Super Bowl, he continued to smash record after record. At the time of his retirement, in 1999, he held almost every major NFL passing record, many of which still stand today.

Interesting fact: Marino made a cameo appearance in the Adam Sandler movie, Little Nicky, in which he asked Satan for a Super Bowl ring. 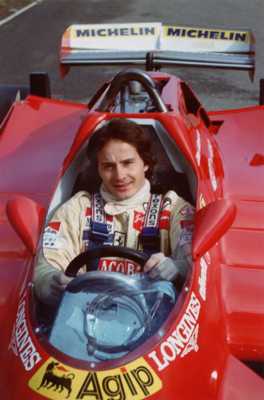 Gilles Villeneuve’s short F1 career tragically ended in 1982, when he was killed in a high speed collision during qualifying for the Belgium Grand Prix. Despite racing for less than 5 years, he had a long lasting impact on the sport and his rivals. He was famous for his all out, attacking style of driving, no better demonstrated than during an extremely wet practice at the US Grand Prix where he was, at one point, 11 seconds faster than any other driver. He recorded just 6 wins from 67 races, but this was mainly due to the fact that he spent the majority of his career in uncompetitive cars. Villeneuve came closest to becoming World Champion in 1979. Had he beaten his team mate, Jody Schecketer, in the Italian Grand Prix he almost certainly would have won the title, but he agreed to follow team orders and not challenge his team mate for the lead. He lost the championship that year by 4 points to Schecketer. 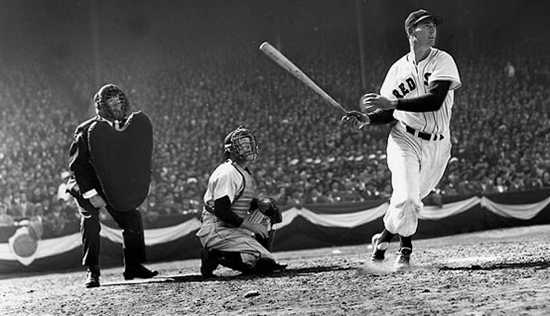 Ted Williams was probably the greatest pure hitter that baseball has ever seen.  He had a career spanning 21 years, although he only completed 16 full seasons for the Boston Red Sox as he was twice called up to do military service as a Marine Corps pilot. His scientific approach to hitting changed the way baseball was played forever. In four separate seasons he won Most Valuable Player, and the Triple Crown twice each. However, he had a poor relationship with the media and his team’s fans. He often vented his anger in public, and never tipped his cap to the crowd. These were probably the reasons he didn’t get the public following that the more charismatic, but maybe less talented, players such as Joe DiMaggio had. In his only appearance in a World Series, in 1946, he produced a poor display going 0-for-4 in the last game as the Red Sox lost in seven. Five days before the game Williams was struck on the elbow by a curveball and was taken to hospital, possibly hindering his performance.

Interesting fact: Williams was a keen fisherman and was inducted into the Fishing Hall of Fame.
Honorable mention: Ty Cobb 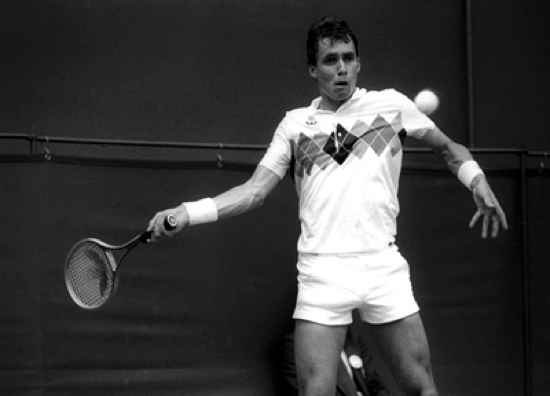 Despite never winning Wimbledon, Ivan Lendl is regarded as one of the greatest players of all time. He dominated men’s tennis in the 1980s, holding the number 1 ranking for the best part of 5 years. He has 3 US Open titles to his name, 3 French and 2 Australian Opens. Lendl made 19 Grand Slam finals in total, and appeared in at least one Grand Slam final for 11 consecutive years, a record only matched by Pete Sampras. He played mainly at the baseline, known for having machine like consistency with his ground strokes. However, the uneven bounces seen on Wimbledon’s grass courts somewhat neutralized his baseline style. He was forced to change his tactics for the grass court season, but his serve and volleying was not consistent enough to deliver him a title. He still had a very impressive record at Wimbledon, making two finals, in 1986 and 1987, and 5 other semifinals. 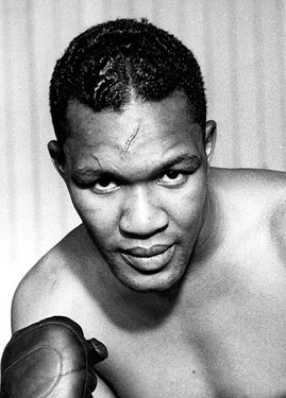 Born to a black father and a white mother, boxing managers of the 1940s have said that Charley Burley was ‘too good for his own good’. He was so feared as a fighter that he never got a title shot against any welterweight or middleweight champion of the ’40s. The list of fighters that ducked Burley include: Billy Conn, Marcel Cerdan, Jake LaMotta and even Sugar Ray Robinson, considered the best pound for pound fighter in history. To make things worse, most of the top white fighters also refused to fight him, a problem for so many black and mixed race boxers of the era. Because of this, Burley had a limited choice of opponents and regularly fought and knocked out fighters from welterweight to heavyweight divisions. He had to work, sometimes as garbage collector, throughout his career because he simply couldn’t get enough fights to pay his bills. He retired to go to work full time, because no one would fight him. By the end of his career he had knocked out three world champions in three different weight categories.

Interesting fact: Burley had a chance to appear in the 1936 Olympics, but refused due to Germany’s racist policies.
Honorable mention: Sam Langford 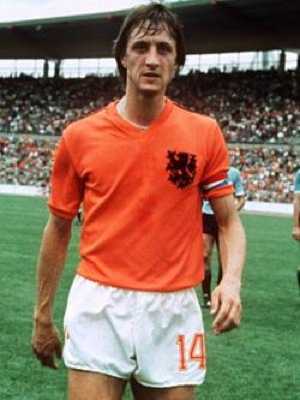 The three time European footballer of the year was recently voted the 2nd best player of the century, only behind Pele. In his only World Cup appearance he led Holland to victories over Argentina and champions Brazil, before they eventually lost in the final to West Germany. Cruyff was instrumental in Holland’s success, and was named player of the tournament that year. After helping Holland qualify for the 1978 World Cup, Cruyff surprised everyone by announcing his retirement from international football. The Dutch again made the final in ’78, and many believe that had Cruyff been in the side, they would have beaten winners Argentina. He made up for his lack of success with his country by the 10 league titles and 3 European Cups he won with Ajax, Barcelona and Feyenoord, as well as countless individual prizes.

Interesting fact: Cruyff was the first Dutch player to be sent off, and received a one year ban from the Dutch FA as a result.
Honorable mentions: Ferenc Puskas and Eusebio 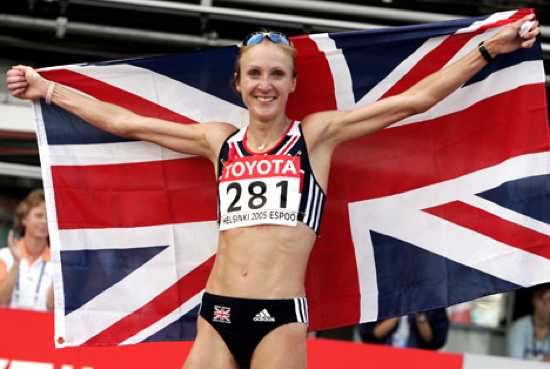 In her first London Marathon she set the second quickest time in women’s marathon history. A year later she had already set the two fastest times, over 3 minutes faster than anyone else. A leg injury in 2004 meant that she was unable to compete at anywhere near her best in Athens. She only managed to start the race by taking high doses of anti-inflammatory drugs, and wasn’t able to finish the marathon for the first time in her career. After missing out in 2004, she was determined to complete in Beijing and, despite being diagnosed with a stress fracture just 3 months prior to the event, she recovered in time for the 2008 games. She started well, but struggled towards the end with cramp, and only finished in 23rd. She still holds the women’s marathon record, and she now has 4 out of the 5 fastest times in women’s marathon history. Radcliffe is, without doubt, the greatest female marathon runner in history, and only misfortune has cost her an Olympic Gold.