In the history of the Academy Awards, there have been upsets, and there have been wasted awards. What are these exactly? Well, I define it as an actor/actress who won the Oscar, and rightfully so, but never did another film worthy of an Academy Award, or, sometimes, of any appreciation at all, except for maybe a Razzie. That being said, here is the list of the Top Ten Wasted Oscars of All-Time. 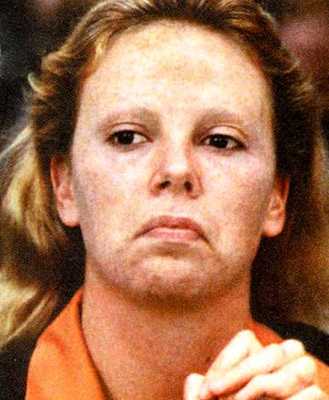 Theron won her Best Actress Oscar for portraying Alieen Wournos, real-life serial killer, in this biopic. Theron owned the screen in this film, completely changing her look and demeanor to play the role of the grisled psychopath. She even put on quite a bit of weight for the character, as well. However, since her Oscar win, Theron has been in several less-than-perfect films. Among them are AEon Flux (2003) and Hancock (2008). None of her films have garnered her a nomination. The reason she is so low on the list is that there is quite awhile for her to rebuild her reputation as an actress, and, possibly, win another Academy Award. For now, though, this is a wasted Oscar. 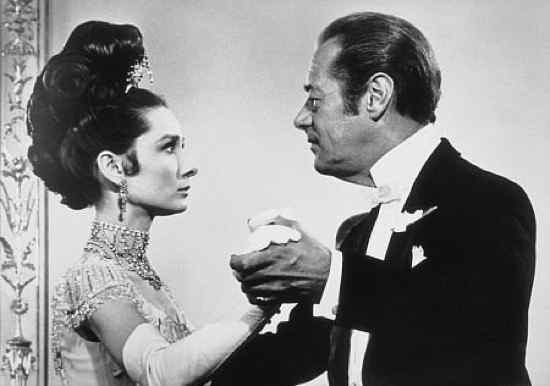 Winning the Oscar for his portrayal of Professor Henry Higgins, the man who attempts to make Eliza Doolittle (Audrey Hepburn) into a presentable woman, Harrison did nothing of much significance following his win; he was never nominated again, that is for sure. He landed roles in such films as The Agony and the Ecstasy (1965) and Doctor Doolittle (1967), but never managed to forge another fantastic performance to earn him a nomination for Best Actor. Rest in peace, Sir Harrison. While you may have won a wasted Oscar, and taken the award away from Peter Sellers, too, but you will never be forgotten in the minds of film-lovers everywhere. 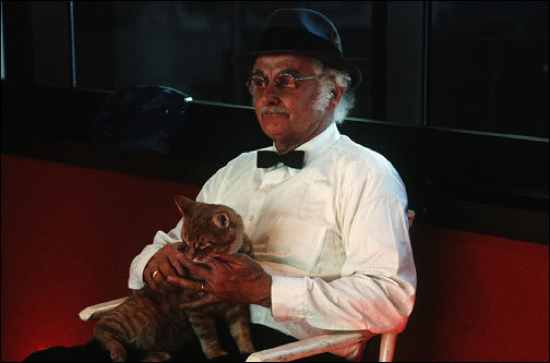 Receiving the Oscar for portraying Harry Coombes, an old man obsessed with his cat, Art Carney went on to star in a vast array of television movies. In fact, the only reason he is so low on the list is for his massive track record, and the immense respect he has garnered over time. Although it cannot be overlooked that this Oscar was wasted. Other nominees that year? Al Pacino for The Godfather: Part II and Jack Nicholson for Chinatown, to name a couple. While these are very reputable nominees, the acting of Carney in his only great film cannot be denied, especially since he would never be nominated again. That being said, a wasted Oscar it was. 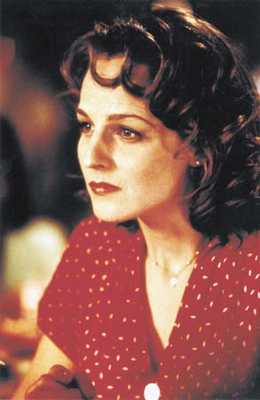 Helen Hunt won her only Best Actress Oscar for playing Carol Connelly in this film. However, after this film, she was in some other major films, such as Cast Away (2000), but was not the most significant character, or a driving force, as she was in this film. That being said, she has garnered no nominations since then, and has starred, also, in numerous TV films to fill the acting void in her life. Helen Hunt did well in this film, but she has not been a major force in many other critically-acclaimed movies since her Academy Award. Don’t get me wrong, I like her as an actress, she just has yet to receive another Oscar. 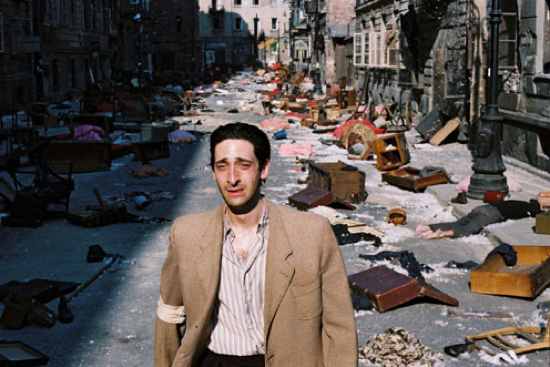 Brody won his Oscar for his portrayal of a distraught musician, trying to survive the devastation and destruction of his Warsaw ghetto during World War II. Brody is higher on the list than most because he has taken a drastic fall from grace in the acting world since his Academy Award win. Brody has taken his role as “the serious guy” a bit too far: he played the serious explorer in King Kong (2005), and portrayed a serious hunter in Predators (2010). I believe that, because he is pushing his seriousness too much, it is hurting the overall quality of his performance. While it has only been nine years or so since his Oscar win, his almost-epic fall from the top of the acting world puts Brody high on the lists of wasted Oscars. 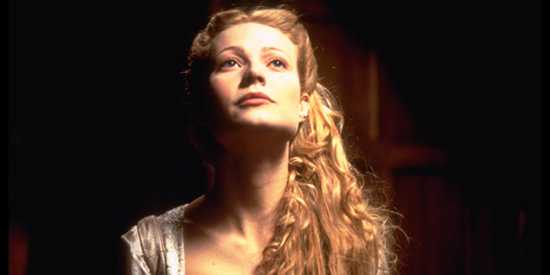 Playing the woman who courts a young William Shakespeare, Paltrow took the Oscar at the ceremony that year. It is too bad that she has had no relevant, or outstanding, lead roles that she has played since then. Stunning audiences in Shallow Hal (2001) and Austin Powers: Goldmember (2003), isn’t exactly what I think of when I ponder over “Oscar-winning performances.” Granted, it has only been thirteen years or so, but, still, that is quite a while to continue a flourishing acting career. In my opinion, the best role she has played in recent years is on television, as Holly Holliday, on the FOX show, Glee. I am a fan of Paltrow, but her acting career since her Oscar win has been less-than-perfect. I declare her a wasted Oscar winner, for now. 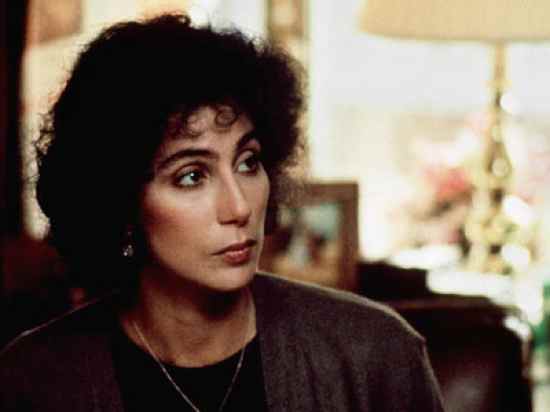 Playing a Brooklyn book-keeper who falls in love with her fiance’s brother, Cher won her first, and only, Oscar for this film. No doubt, Cher gives a stunning performance, and, before this movie, she was featured in hit films such as Silkwood (1983) and Mask (1985). However, the reason she ranks so high on the list is that her fall from grace was much more grand than those listed below her. She had built up quite a long list of accomplishments up until this point, and this was the peak of her career. Unfortunately, Cher did not win another Academy Award, and, thus, owns a wasted Oscar. Much more impressive is that she beat out Glenn Close, who did a magnificent job at playing a complete psychopath in the film, Fatal Attraction (1987). Cher definitely deserved her Oscar in 1987, but her inability to follow-up with another marvelous performance gets her the number four wasted Oscar of all-time. 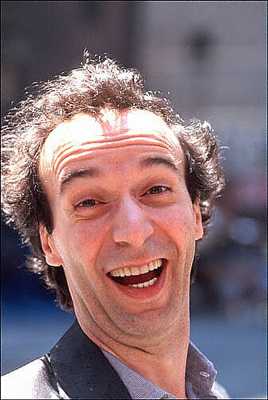 Benigni received his Best Actor Oscar for portraying Guido Orefice, an Italian-Jewish man placed in a concentration camp during World War II. Without the shadow of a doubt, Benigni did a phenomenal job in this film. He captured the emotions of a man whose hope slips away faster by the moment, and managed to stay humorous during this time of pain and anguish for Jewish people. That being said, he managed to follow up with nothing. His future films bombed in the United States, and he failed to garner another Academy Award nomination in the States. His amazing inability to direct, produce, or act in another film that could earn another award is mind-boggling, as this film won three Oscars (Best Actor, Best Score, and Best Foreign Language Film). A near-flawless job by Benigni in this movie, but his failure to follow-up with another success leads me to believe he won a wasted Oscar. 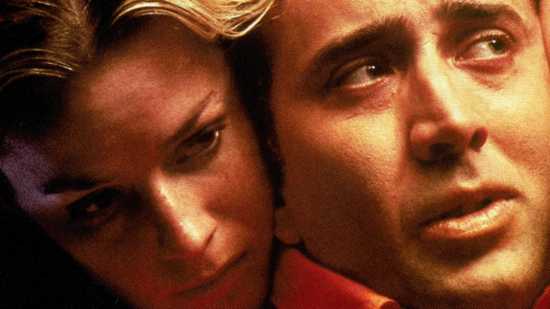 As bizarre as it sounds, Nicolas Cage is actually an Oscar winner. Cage won his Academy Award for playing a suicidal alcoholic who decides to drink himself to death in Las Vegas, Nevada. I think it goes without saying why this is a wasted Oscar, but I will explain anyways: Nicolas Cage has been in numerous poorly-received films since this performance; such as, Con Air (1997), which won a Razzie Award, Snake Eyes (1998), which grossed barely over $100 million worldwide, The Wicker Man (2006), which grossed a mere $32 million, and scored a negative profit margin, losing $8 million after all was said-and-done, and his most recent film, Drive Angry (2011), earned only $5.1 million on its opening weekend. This list of flops goes on for quite a bit, and just shines more light on Cage’s deplorable career following his biggest success. I believe that, because of his innumerable bombs since his Academy Award-winning performance, Cage’s Oscar is most definitely a wasted one. 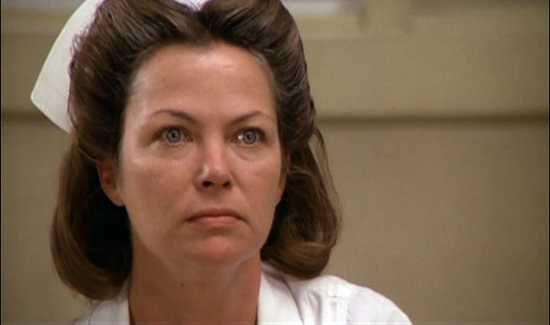 In my opinion, the most wasted Oscar of all-time, is, ironically, the best performance by any actor/actress on this list. Fletcher played the evil Nurse Ratched in this drama about a mental hospital, and the daily trials and tribulations of its patients. Fletcher shines as the heinous caretaker, who will do virtually anything to see her patients wallow in sorrow at the mental hospital for the rest of their lives. In essence, she has no intentions of ever letting them leave, and her despicable personality is seen more and more throughout the film. She, without a question, deserves the Academy Award that she won. However, her follow-up work and achievements were rather non-existent. She has appeared in a stunning eighteen television movies since winning her Oscar. I find this unbelievable. Not only this, but also a straight-to-video movie about Dennis the Menace, and twenty-seven television series, make up a great deal of her acting sheet from the past 35 years after her Oscar win. Like I said, she most certainly earned the Academy Award she won, but her shift into mainly television acting following her Oscar win shows the extreme turn her career has taken. Also, this earns Louise Fletcher the most wasted Oscar of all-time.