A calling is just that: a calling. The universe maintains no request line when it comes to living purposes, and anyone doing anything but what they originally intended will confirm. As such it usually takes a lot of dabbling in vast possibilities before any one path is settled upon. For instance, it took actor Mark Wahlberg two years rapping with his shirt off as a member of the “Funky Bunch” to realize music just wasn’t for him. While many get it right the first time, mostly by honing in on their craft and mixing passion with a fastidious dedication, others simply wander until they stumble upon something they thrive at. Many a filmmaker has only taken a seat in the director’s chair after much exploration elsewhere; here are ten of such explorers. 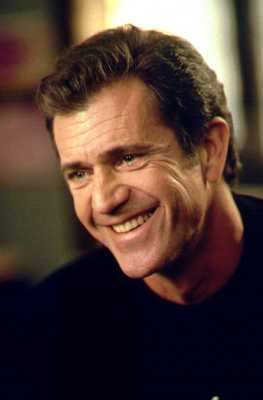 Mel Gibson is best recognized, other than as a belligerent bigot, as a versatile actor and Hollywood’s most ruggedly handsome hunk in the late 80s-early 90’s. His most iconic role is as wild card cop and partner to Danny Glover in Lethal Weapon, if not as William Wallace in Braveheart (“They can take our lives, but they’ll never take our FREEDOM!”), which he directed and won two Oscars for. In recent years, however, Gibson has avoided screen time (with a few very recent exceptions) in favor of being a director. While Passion of the Christ may have seemed like Christian indoctrination, it did earn record gross profits. And his guilt-free projects have been equally seat-packing. Even if it seems he hides behind the camera, putting his toes in the water on occasion, when his public reception is less then warm, there’s no denying his abilities on either side of the lens. 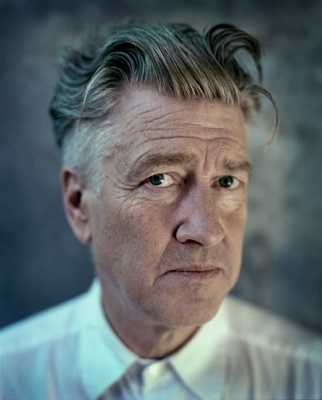 David Lynch is a bit of a renaissance man, but originally he wanted more than anything to paint. He studied painting at the Boston School of the Museum of Fine Arts and the Pennsylvania Academy of Fine Arts, the latter where he was most “inspired,” and the former where he was least so. He even hopefully, however unsuccessfully, ventured to Europe to be trained by an impressionistic painter. It was when he desired to see his pictures move that he collaborated with an animator to make his first short film Six Men Getting Sick. In addition to still painting, he is a musician and photographer, composing and producing several of his own film scores with Angelo Badalamenti, and has been featured in art galleries. Collaborating with Danger Mouse and Sparklehorse, a multimedia project entitled Dark Night of the Soul features his photography and music, in addition to that of myriad other guest musicians and singers. 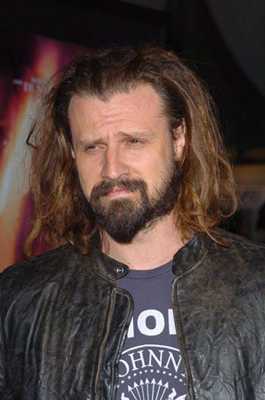 Rob Zombie used to make demented grunge-metal with hyper-violent, disturbing subject matter as part of the band White Zombie. Now he makes demented movies with hyper-violent, disturbing subject matter as a filmmaker, notably in his films House of 1000 Corpses, the Devil’s Rejects, and Halloween remakes. In them he also produces the music and lives in a haven of undead glory, reeling in blood and completely id-driven self-indulgence. As long as his fans share his grisly fantasies, he will likely keep on doing what he does best. 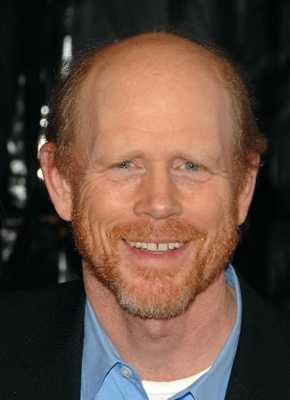 Before he became an Oscar-raking filmmaker, directing the likes of Apollo 13, A Beautiful Mind, Cinderella Man, and the Da Vinci Code, he was Opie Taylor and Richie Cunningham. Always the innocent ginger, he was an oft-typecast actor, always playing someone with no spine. In the big chair, he has not only spine, but great visual command, the kind that doesn’t come about by hitting a camera with the back of your fist. Meanwhile, the Fonz goes on to get stabbed to death in the first Scream film, and Don Knotts continued to live and die in sitcom hell.

Duncan Jones, a.k.a. Zowie Bowie, son of David Bowie, did anything but wear his father’s golden slippers. He made no attempt at constructing a musical legacy; instead, he got a bachelor’s degree in philosophy, and aimed towards a PhD before alternately going to film school. Now, he is a critically acclaimed filmmaker, rearing the sci-fi space-drama Moon and most recently the time travel-thriller Source Code. His lack of convention and otherwise strangeness can, if nothing else, be traced back to his father, the undisputed King of Weird. 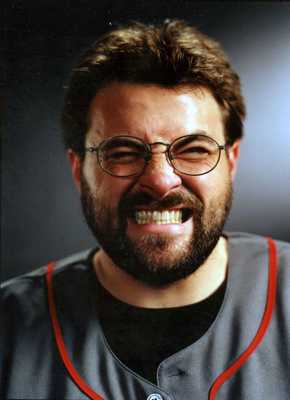 Before he made low-budget movies with aimless plots and even worse sequels and romantic movies aimed at sellout-status commercial success, Kevin James was a comic book geek. He is a convention regular, and has lived his dream by writing stories for several comic book series, most notable the Marvel’s Dare Devil. In addition to scribing others’ characters, he has developed his own and adapted comic versions of Jay and Silent Bob. He also co-created the animated television series, which lasted a little while. While he’s had critical and cult hits with Clerks and Dogma, he has announced his retirement as a filmmaker following his self-championed Red State, which merges comic culture, religious fanaticism, and subversive filmmaking (and claims to be driven by true, wide-eyed passion and not the usual complacent greed that’s come to define Smith). 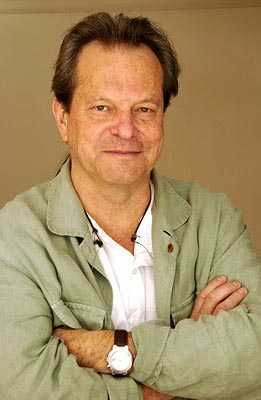 Terry Gilliam is the visionary behind the surreal epics Brazil, Fear and Loathing in Las Vegas, and the Fisher King. Before his imagination was channeled into a live action medium, it was uncapped in purely animated terms. He was initially a cartoon strip artist and children’s show animator (alongside future Monty Python cast members), before he stepped aboard the Flying Circus. As part of the outfit, he was the show’s animator and principal aesthetic director, designing everything in between all the wonky sketch comedy. Co-directing and also animating sequences in the film Monty Python and the Holy Grail, he acquired his chops in making full length features. Thereafter, he would only become more refined and eccentric, dabbling in more than just the historical topics of his earlier works, the common inspiration for a lot of droll British humor. Gilliam’s progression was also a regression in many ways: he evolved insomuch as he tapped into deeper, uninhibited sectors of his child-like imagination. 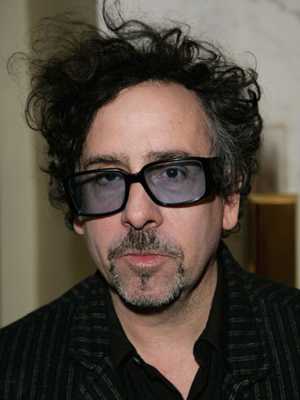 Growing up, Tim Burton’s imagination was always finding its way outside of his messy head, where others might find it. Well when it fell on a piece of paper, and eventually into a pencil-drawn animated short called “Stalk of the Celery Monster,” Disney found it and recruited him as an animator and conceptual artist. Eventually he was deemed incongruous to Disney’s essentially style (an imaginably more cheery one as opposed to his death-obsessed gloomy one). From there, he produced films in his own rite, in accordance with his quintessentially gothic flair, such as the Vincent Price-narrated short Vincent (which foreshadows the imagery and stop-motion animation that would comprise the much obsessed-over Nightmare Before Christmas). Already two mediums down, it would take little effort for the visionary to lend his visual storytelling to a medium populated by living humans, wherein which his darkly fertile imagination would thrive under big lights. Let cinematic masterpieces as Edward Scissorhands, Ed Wood, Batman, and Beetlejuice stand as proof (ignore his remake-rampage of recent years) that he works best when he gets to fixate on the unbearably worst. 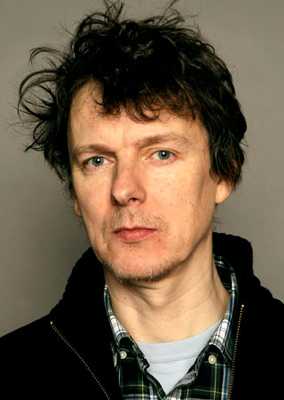 This French connoisseur of DIY filmmaking didn’t always make quirky little indy movies. He used to be a drummer in a band called Oui Oui, for which he also made clever little animated music videos. Given that, it comes as little surprise that he would foray into a career as a music video director, directing such notable acts as the White Stripes, Radiohead, Beck, Foo Fighters, the Rolling Stones, and Daft Punk. His conceptual brilliance found itself right at home in peculiar full-length (Science of Sleep and Be Kind, Rewind) films and in the arms of brilliant, existential screenplays by Charlie Kaufman (Human Nature and Eternal Sunshine of the Spotless Mind). Michel Gondry has proven in the most literal sense that he marches to the beat of his own drum. 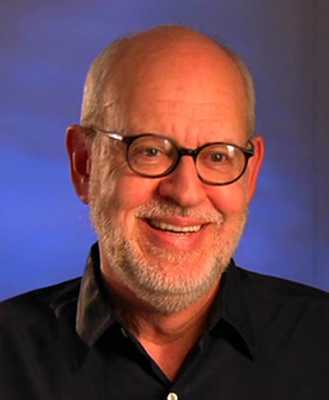 With a name like Oz, fantasy and unbelievability are evoked. Before directing movies like The Dark Crystal (with Jim Henson) and the Muppets Take Manhattan, Frank Oz was a muppet himself: he supplied the voices and characters of Miss Piggy, Fozzie Bear, Animal, Grover, Cookie Monster, and Bert amongst others, not to mention Yoda from the Star Wars franchise. Looking at his photograph, what appears is less man than muppet. Branching out, he’s directed mostly light-hearted movies, as the man seems not to possess an ounce of seriousness in his fleshy makeup, movies such as Dirty Rotten Scoundrels, What About Bob?, Bowfinger, a remake of the Stepford Wives, and Death at a Funeral. While he seems incapable of shaking the urge to be perpetually silly, Oz has certainly come a long way from animating felt corpses with his hand like a goofy version of Jeffrey Dahmer.