15 Female Oscar Snubs of the Past 15 Years

Much like the men’s one, here is a list of the 15 biggest female snubs of the past 15 years (1996-2011). Again, all of these choices are just my opinion; I expect suggestions and disagreements. WARNING: there will likely be spoilers in this list. 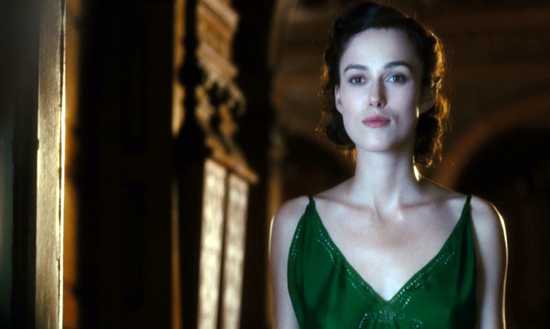 We start our list with Keira Knightley as Cecilia Tallis in Atonement. She may not be given the benefit of the doubt, but this and A Dangerous Method (2011) show that when she is given good scripts, she can make the most of the material. She plays Cecilia with alternating lust and vindictiveness toward James McAvoy and Saoirse Ronan, respectively. She breaks free of Elizabeth Swann and gets a chance to play a three-dimensional character, and makes the most of it.

14
Julianne Moore
Best Supporting Actress, The Kids Are All Right (2010) 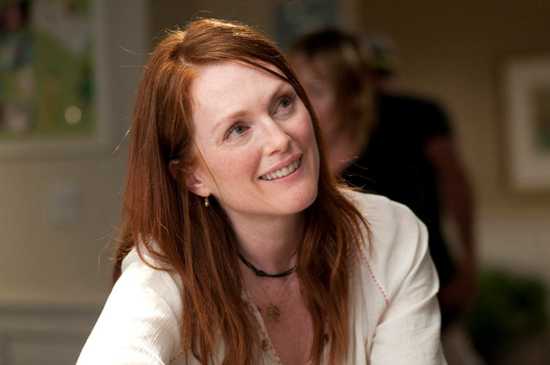 As Annette Bening’s partner in a two-mother relationship, Julianne Moore plays her character as a modicum of mystery. Her affair with Mark Ruffalo’s character Paul sets off a chain of heartbreak and confusion, which shockingly works itself out for her and Bening by the end.

Sarcastic and sassy, Shailene Woodley received a Golden Globe nomination as the smart-alec daughter of George Clooney. Unfortunately, a Golden Boy nomination eluded her this year. Her bitter monologue towards her dying mother reveals a vulnerability and sadness that will stay for a while. Her troubled character is only a teenager, but her performance is well beyond her years. With a little more time, this performance could probably be ranked higher. 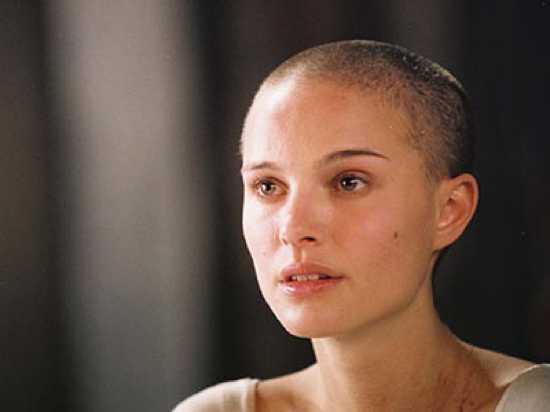 Admittedly, the film hasn’t held up to its critical acclaim recently, but it is certainly good for an adaptation of a graphic novel. While Hugo Weaving is fantastic as V, it is Natalie Portman as the strong-willed Evey Hammond that makes the film. Her rebellion and corruption by V is one of the most enduring character performances of the 2000s. 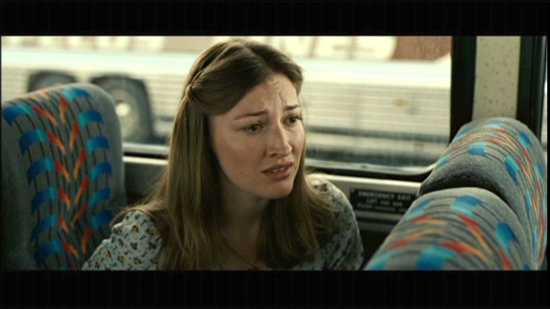 As Josh Brolin’s trailer-trash wife, Kelly Macdonald provides his character Llewellyn Moss with a level head. Her final confrontation with Anton Chigurh, where she pleads (albeit unsuccessfully) for him to spare her life is one of the most enduring moments of the film. She alternates between comic relief, loving wife, and tough-willed woman throughout the film.

In many ways, Emma Thompson’s character Karen is the glue of the film – she is the sister of the new British Prime Minister, and she provides a shoulder for Liam Neeson to lean on. She also plays mother to two children, hoping to keep the cheer going during the holiday season. When she finds out about Harry’s (Alan Rickman) affair, she finally loses her composure and weeps while listening to “Blue” by Joni Mitchell. Nothing is more appropriate for this film. 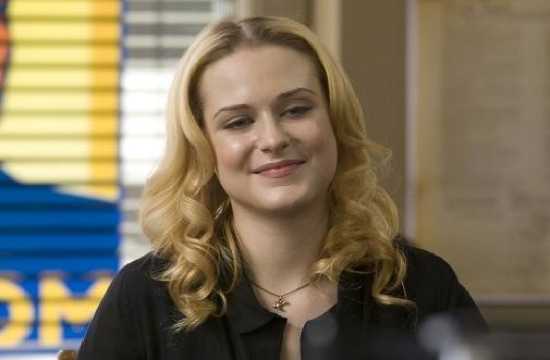 Wood’s character Molly serves as a wannabe “femme fatale,” lusting after Ryan Gosling while still trying to impact the Democratic primary. After great performances in Thirteen (2003) and The Wrestler (2008), Wood becomes an adult in this film. Her character is a teenager in an adult’s body, and her monologue about getting pregnant and her subsequent frantic phone calls before her demise are shattering in a film that shatters the grand illusion of American politics. 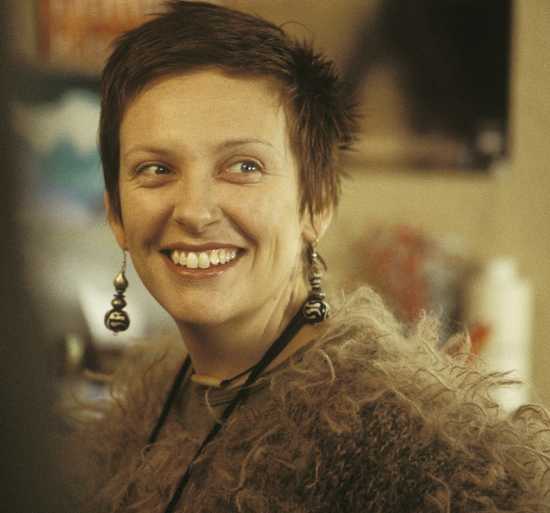 As the mother of a 12 year-old boy, Toni Collette should have earned her second Supporting Actress nomination for this film. Her troubles with motherhood forces Hugh Grant’s Will to act as a surrogate to her son, while she struggles to put her life back together. 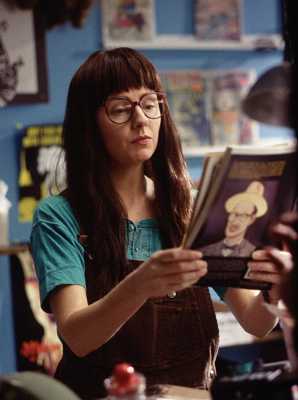 Mixing politics and satire, Hope Davis serves as a great foil to Paul Giamatti’s Harvey Pekar. 2003 was a better year for female performances than people realize (as will be seen later in this list), and Davis is no exception. Her “chronic nerviness” and scathing commentary help make the film one to watch. 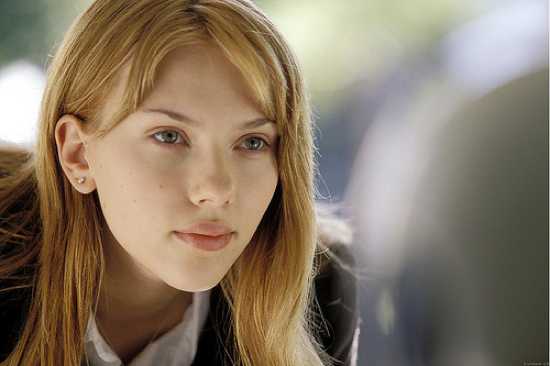 Admittedly, Scarlett Johansson hasn’t made the best choices since, but one could argue that without Lost in Translation, she wouldn’t have broken out. Her counterpoint to Bill Murray’s character Bob Harris, her character is suffering a quarter-life crisis, and they struggle to pick themselves up surrounded by the lure of Tokyo’s nightlife. 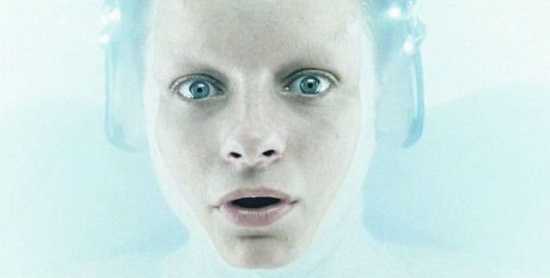 As the enigmatic precog Agatha, Morton plays a frightening symbol of what the future could become. Seeking to avenge her mother’s murder, Agatha is the heroine in a film where anti-heroes are the norm, and her character helps Tom Cruise beat the system. 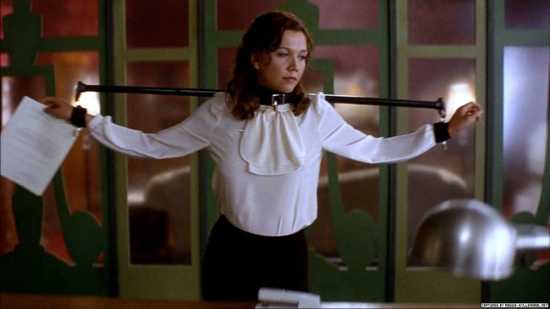 She may be more famous as Jake Gyllenhaal’s older sister, but Maggie Gyllenhaal’s performance in Secretary shows that she is talented in her own right. It’s a powerful character study about personal dysfunction and the power of submission, as she becomes the submissive partner of eccentric attorney James Spader. Her devotion – which could also be argued as being a stalker or as a weak-willed woman – holds up, and her character Lee is one of the screen’s premier female anti-heroes. 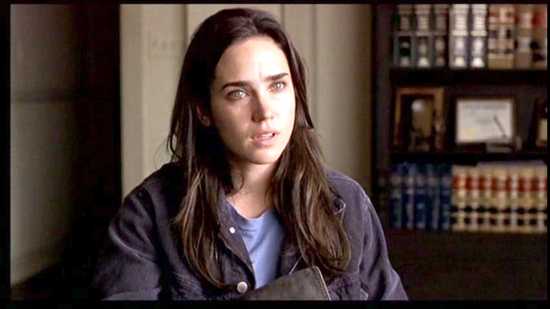 It could be said that her performance is better – and certainly just as heart-wrenching – as her Oscar-winning performance in A Beautiful Mind. As Kathy, Connelly is a recovering drug addict and alcoholic whose ignorance cause her to lose her father’s house. Connelly is brilliant as an addict, but even more as a seductress, luring married policeman Lester (Ron Eldard) into causing trouble for the Behrani family. I doubt Jennifer Connelly’s performance would have beat Charlize Theron, but man, it would have been closer than it was had she been nominated.

I think the only reason (as fickle as it sounds) that Mila Kunis was snubbed was because of her role as Meg Griffin. Regardless, Kunis’ character Lily is the embodiment of the “femme fatale” – or is it all part of Natalie Portman’s hallucination? One of the most psychologically chilling performances, Lily is hypersexual, and certainly convinced that she could be Nina. Her “bad girl” image is a perfect contrast to Nina’s conservative, controlled image which gradually falls apart. We get to see Kunis as a bad girl, and it’s a chilling portrayal. 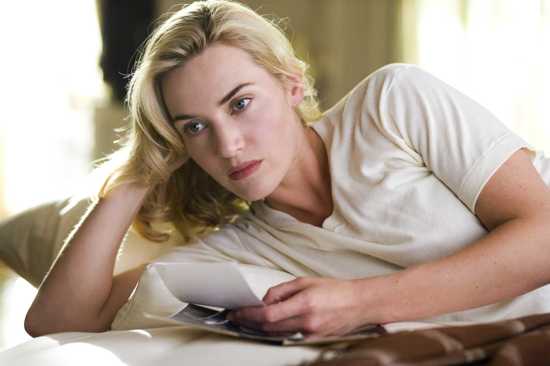 Kate and Leo re-unite, and it’s evident the chemistry is still there between the two. I have no problem with Kate Winslet winning Best Actress, but this is the movie she should have won for, instead of The Reader. Her character April Wheeler starts as an enthusiastic and idealistic young wife, whose love and spirit wane over the course of twenty-plus years. Her scenes with Leonardo DiCaprio indicate that even when they aren’t living pseudo-happily ever after (a la Titanic), there is still an amazing camaraderie and friendship and deep-seated love and respect between them. Why she was nominated for The Reader instead eludes me, as she proves just how fraudulent and farcical the American can be, and often is.

8 Of The Most Bizarre Tiger King Revelations