It’s about time we saw some new things enter our physical world. While nature tells the same old story, as big as it may be, it’s up to man to allow impossibilities to drop the prefix. Science has brought us all sorts of cures and technologies that would’ve made anyone from more than a century ago’s head explode at the thought. Explain text messaging to someone who relies on the Pony Express for swift communication. We are always being introduced to fantastic devices, usually after the military’s gotten plenty bored of just fooling around with them, almost on a per-decade basis. Remember the miracle of microwave technology or when the iPod killed CDs. We’ve not been surprised and had our minds lit up with be wonderment in a good while, so presented here are the top ten futurist inventions we should have by now, or at least pretty damn soon (you can only repackage the iPod or Xbox so many times). 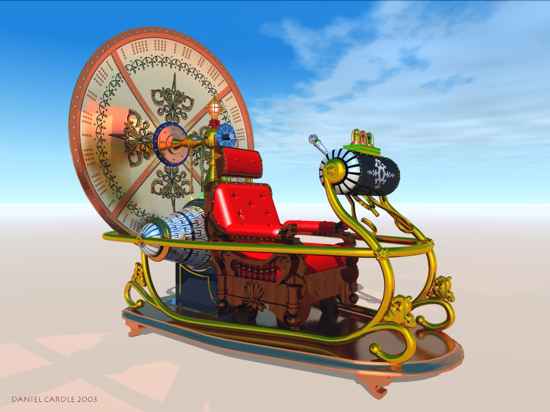 (As seen in: the Back to the Future franchise, The Time Machine, Bill and Ted’s Excellent Adventure, The Twilight Zone, Terminator, Planet of the Apes, Time Bandits, Donnie Darko, Click, Futurama and countless other cartoons).

If you could go back or forward in time, when would you go? Perhaps to Jesus-times to see if he really worked miracles… Or to pre-WWII Germany to assassinate Hitler… Or even to when the script for Hot Tub Time Machine was being drafted so you could throw the screenwriter’s Macbook into a brick wall. Time travel would open the door to a million possibilities, yet there’s always the risk of disastrous paradoxes, altering the present for the worse. And depending on your school of time travel physics, the past is deemed – at least by H.G. Wells – to be unalterable, as certain events are inevitable (e.g. death and other forces of nature). Even if we could possess or develop the means to withstand the crushing force of a wormhole, a shortcut through the universe’s space-time continuum, why would we want to risk the possibly unspeakable outcomes? Outcomes which have be speculated upon to no theoretical end in pop culture. Let’s just keep our eyes facing forward. 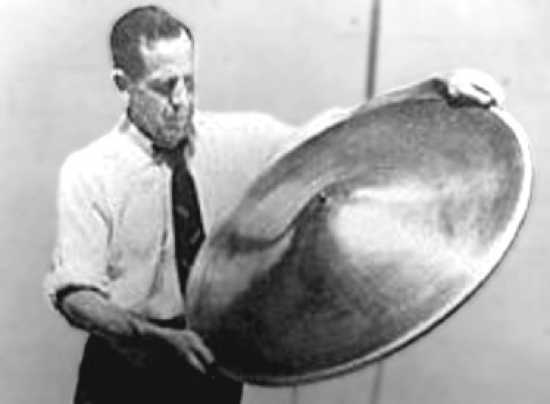 (As seen in: Willy Wonka and the Chocolate Factory).

Why should astronauts be the only ones capable of weightlessness? This is a possibility truly being withheld from us. Imagine the morbidly obese no longer confined to modified hospital gurneys, and able to walk without requiring crutches and walkers (although the cup holders are a nice incentive). It shouldn’t be used as an excuse to be unhealthy, but the knee joint issue would be obliterated at best. Plus, it’d be fun to float around the house like a ghost, or ascend floors of a shopping mall without the need for escalators. Be it in Wonka Soda Pop form or a big red button that instantaneously lets you walk on the ceiling, let’s see this happen. NASA’s not doing much else anyway. 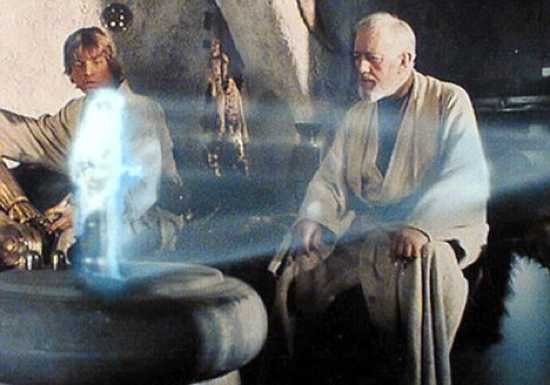 (As seen in: Star Wars, Back to the Future II, Minority Report, coverage of the 2008 presidential elections).

We already have glasses-free 3D, which is about the closest you can get to a hologram without it being projected from a bleeping blue-and-silver robot, but it’s not quite the same – a hologram occupies space and can simulate reality without influencing it. “3D” only works in a single direction, just out and in your face. The difference is you should be a able to watch an action movie and have life-sized translucent warriors circle you as if you were part of the fight. As it stands, we can only watch that fight from inside a virtual cupboard. 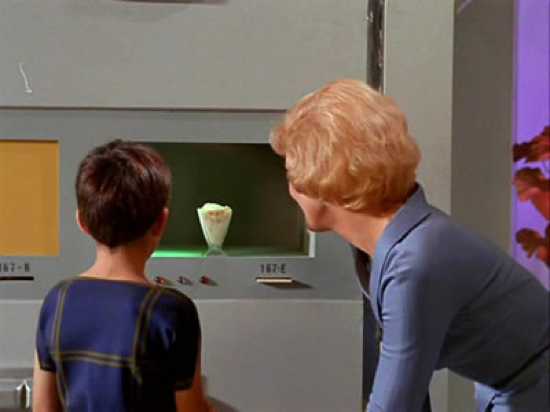 (As seen in: the Star Trek franchise).

Throwing to the wind scientific laws which dictate that matter cannot be created nor destroyed, these impossibly beneficial devices could replicate or synthesize any type of food stored in its database like it was merely burning a CD. There were a few unwritten exceptions, such as the fact that living organisms and certain important minerals and materials couldn’t be produced out of thin air, but who cares – this virtual cornucopia would be the absolute end of world hunger. As a result. no longer would we be exposed to commercials of sad children in third world countries asking “for just 3 cents a day…” The world would be fat on digital foodstuffs. 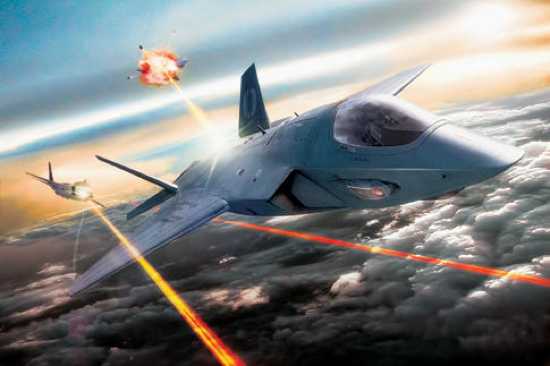 (As seen in: virtually every sci-fi movie/TV show/radio program ever).

A bullet can only do so much. In the future everything is bulletproof, but a laser, such as in the form of a light saber, can cut through a foot-thick steel door like butter. In a world of massive unchecked material consumption, great benefits could result from harnessing the destructive properties of light rather than mass producing iron for the sole purpose of converting it to shrapnel. The military budget could even loosen up a couple of notches on its belt, something that would greatly mitigate this brutal economic climate. Lasers might just be what this country needs to get back on its feet, and not to mention when robotic repo men eventually decide enough’s enough. 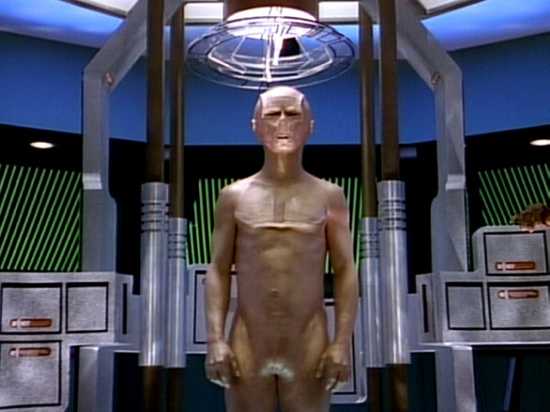 Robots already do a myriad of things men cannot. They mass produce consumer products, ensure safety, perform surgery with absolute precision, and entertain us to no end. Also, they vacuum for us à la Rosy from The Jetsons. But they don’t quite interact with us when we get lonely (GERTY from Moon or KITT from Knight Rider) or strive for human emotions (Data from Star Trek: TNG), or otherwise stand in where another human doesn’t happen to exist. Robots don’t require food or money or anything else that makes humans weak and fragile, only the occasional software upgrade and power charge. We are missing out on growth potential in all areas by not making this priority number one in the scientific community. 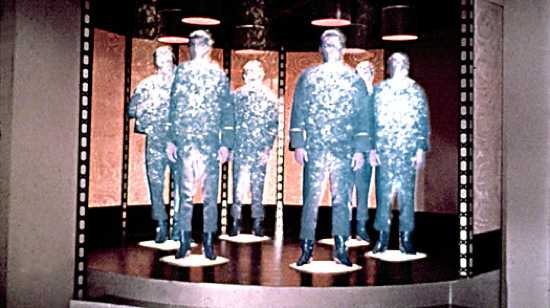 (As seen in: The Jetsons, The Fly, Star Gate, Star Trek).

If Jeff Goldblum’s taught us anything, besides how to make neuroses sound sexy, it’s that teleportation is a risky operation. At least, it is if you are teleporting by way of reparticalization and between two confined spaces. (I get that the 80’s sci-fi flick is a remake, but his performance is most topical, as topical as fly hairs on a shoulder blade). His character neglected to work out all the kinks and observe all possible sources of error – for one there are a plethora of microscopic particles in any given space, so how could they be separated from any pertaining to man when broken down and realigned. Also, flies and insects are the most abundant contamination factor in any sterile setting. Something tells me he wasn’t the most attentive student in medical school. The Star Trek teleporter, on the other hand, has never had a problem; that is if you don’t count the possibility of accidentally transporting a Tribble on board, or inputting the wrong coordinates, but that’d be more the fault of a careless Scotty than the original designer. It needs not be said how completely nonexistent a problem like traffic or tardiness would become; again commercial efficiency insists upon the invention of something more practical than a rolling pollution-factory that goes slower than the speed of light. 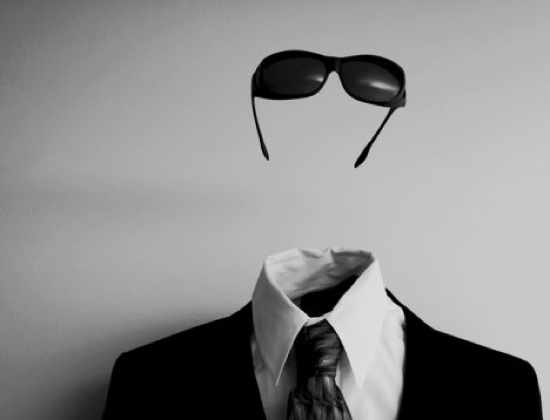 While military testing has resulted in the closest thing to an invisibility cloak not trapped in unbelievable fiction, cloaks which house the potential to hide tanks, bases and soldiers from enemy tracking devices, they aren’t quite see through, or available in stores. Invisible, in these military terms, only means really good camouflage. In H.G. Wells’ Invisible Man, a potion that refracts light in a way that makes the consumer completely, glass-pane clear allows the protagonist the ability to travel unnoticed and unsuspected. While the temptations that come with such a power are limitless, and usually no good, it seems the only practical purpose the characteristic of clear could possibly possess is during wartime. Otherwise it’s just a peeping tom superpower. 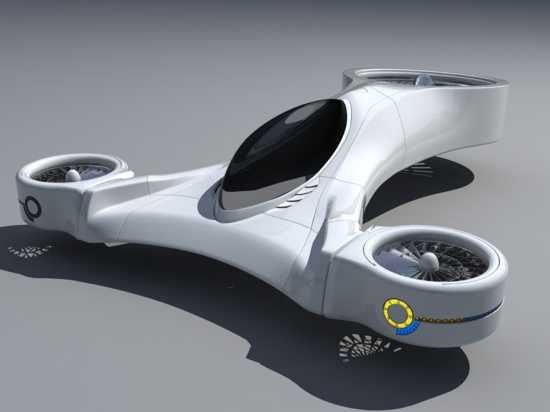 (As seen in: The Jetsons, Star Wars, Back to the Future II, Blade Runner, The Fifth Element, real life).

The highways are too crowded; that’s why we need to start opening up the skies for traffic. Planes never encounter traffic, and fly higher than any altitude a standard passenger would prefer, but are, so far, the fastest way to get around. The downside is that this regulated commodity requires travelers to accommodate very rigid schedules. Imagine consumer air travel on a daily basis, rather than just once in a while for business and vacations. Road trips would be immensely more doable and would allow people who would rather not breathe in other people’s sneezes to do just that. Flying cars means no screaming babies (unless you own one). Of course, the downside is that everyone and their significant others would have a sky-car and eventually find a way to clog the skies, leaving you to be stuck behind that reckless bastard in the flying Hummer hogging all the clouds. 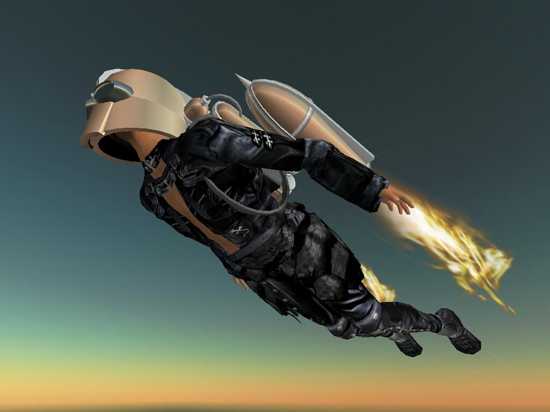 It’s about time we had jetpacks. This has been the outcry of every futurist since we realized they looked so awesome. There’s even a band called “We Were Promised Jetpacks.” The military hasn’t seemed to be able to find a good use for them, beyond a fuel-wasting novelty, and they aren’t used to catch fugitives, à la the Thought Police in Minority Report. They would snip the ribbon on individual restriction, allowing single men to fly around the skies, and national monuments like some kind of superhero. The feeling would equate to something like the rush a motorcyclist feels on the open road; now allow that same cyclist a third dimension of liberty and uncontainable joy will flood the Earth as if there was some kind of sequel to sexual intercourse: a new pleasure dropped from the heavens just to see how we’d be able to handle it (the answer: like a screaming schoolgirl).