Humans seem to have a need to imagine the past as grander than the present, and that the ancients had some knowledge we have lost. This has been compounded by archaeological discoveries of important cities no one had known existed. It seems absurd to us, who have the internet to remind us of every fact, that anything so large as a city could be lost. But cities have always fallen into disuse for a variety of reasons, and without a resident population, have been lost to history for centuries until rediscovered. This list focuses on cities which have been abandoned, forgotten (except perhaps by a few people living nearby) and rediscovered later. 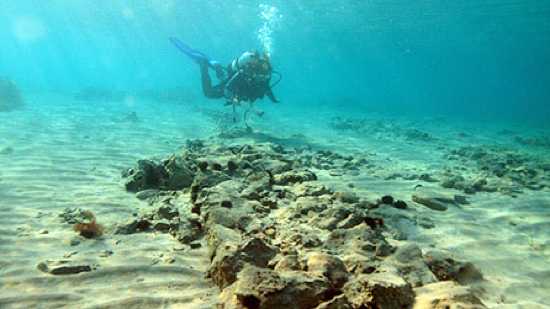 Whenever ‘lost cities’ are discussed Atlantis springs to mind. While there is no strong evidence that Atlantis existed outside of an allegorical tale by Plato many cities have suffered the supposed fate of Atlantis – being swallowed by the sea. Pavlopetri was a town of pre-Classical Greece that was settled in the Stone Age and persisted until ~1000 BC. That the site was submerged has given archaeologists a unique insight into life at the time. Other sites have been built over, or plundered for building material, or ploughed over by farmers, but Pavlopetri is uncontaminated. The town was likely submerged by rising sea levels and subsidence of the ground caused by earthquakes. Since sea levels have fluctuated widely over the course of human existence it is entirely likely that other such sites exist in the world’s oceans awaiting discovery. 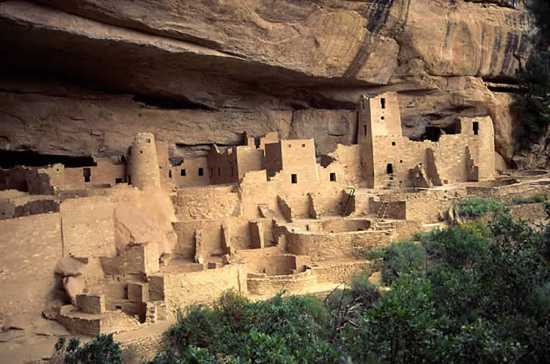 The Pueblo people, the Native Americans of the US southwest, are named for the villages (Pueblos) they construct. While there are still vibrant pueblo communities today, the Anasazi, an ancient pueblo society, flourished between 900 and 1200 AD. ‘Cliff Palace’ was constructed in this Golden age of the Anasazi; dendrochronology dates most of the buildings at the site to ~1200 AD. Occupation of the site was short lived and it was abandoned by 1300 AD. It remained undiscovered in the desert, until 1888. While out looking for stray cattle Richard Wetherill, Charles Mason and an Ute tribesman called Acowitz found the site nestled under a cliff wall. Their accidental discovery turned out to be the largest cliff dwelling in North America. ‘Cliff Palace’ is actually a misnomer as the site is more like a village than what we would understand as a palace. While the reason for the site’s abandonment is not certain, the widely accepted theory is that the first of the great droughts, that has been linked to the collapse of the Anasazi golden age, disrupted farming throughout the region. 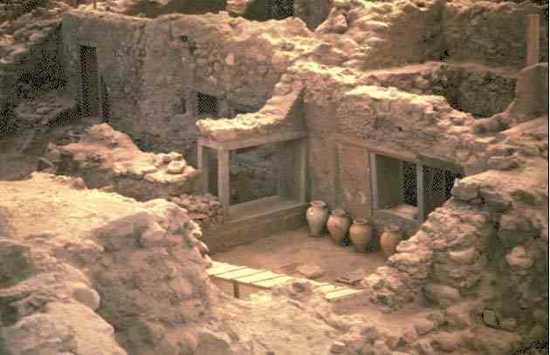 The Minoan civilization of Crete is named for the mythical King Minos, builder of the labyrinth. There is scant written material left from the Minoans, so we do not know what they called themselves. The entire civilization was largely forgotten until the turn of the 20th century. With the discovery of the great palace at Knossos the glories of the Minoans were rediscovered. Instead of the well known Knossos, I have included a Minoan outpost, Akrotiri on the island of Santorini. Santorini, or Thera, is the home of the Thera volcano. It is now thought that the explosion of Thera around 1600 BC, one of the largest eruptions in recorded history, brought about the collapse of the Minoan empire. The discovery of Akrotiri, in 1967, brought to light exceptionally well preserved frescos, homes up to three stories high, and a complex planned settlement. The water supply system suggests the people of Akrotiri had access to running hot and cold water, with the hot water provided by the very volcano which would destroy them. 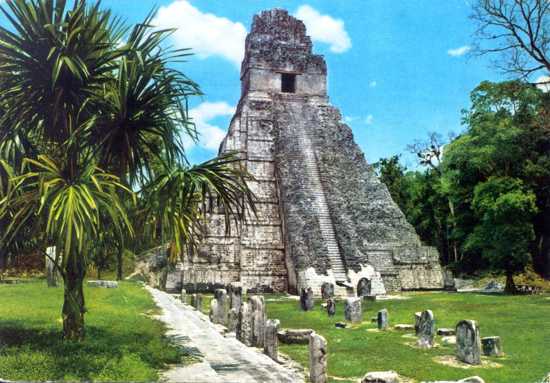 The Mayan city of Tikal was once the capital city of a Mayan kingdom and a major city of the New World. The site was occupied from ~200-900 AD. Thanks to the almost perfect preservation of the city much is known about the grandeur of Tikal at its height, as well as the powerful kings who ruled there. While the site is sometimes – like other New World ruins – listed as ‘mysteriously’ abandoned, research is showing that the land could not support the large number of people congregating in the city. Abandonment occurred over a number of years and the city was left for the jungles to grow over. It seems, however, that some locals knew of its existence during those years, for rumors of a lost city in the area persisted. The first organized expedition found the city in 1848. What they found was one of the largest surviving New World archaeological sites. There are pyramids up to 70m high, royal palaces, monumental stele and a playing arena for the Mayan ball game. 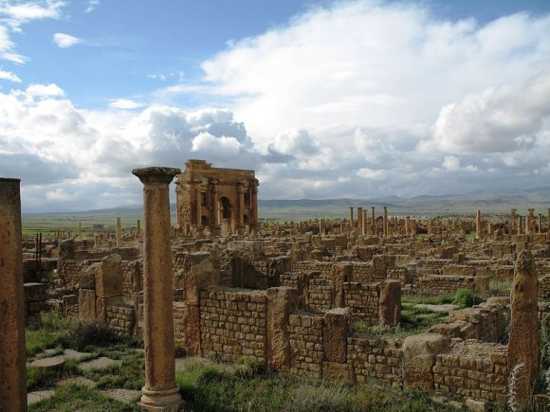 Timgad, or Colonia Marciana Ulpia Traiana Thamugadi to Latinists, is the archetypal lost city from adventure stories. Once a vibrant city founded in the desert on the orders of the emperor Trajan it survived the upheavals of the empire and grew to a large trading city. After being sacked in the 5th century it was reborn as a center of Christian life. A second major sacking in the 7th century by Vandals led to the complete abandonment of the city. That is when the sands of the Sahara covered the site and preserved the city until its rediscovery, in 1881. Now the ruins of the city give a brilliant insight into Roman cities of the African provinces. The streets follow a perfect grid, as you would expect from a city built to order. Today at the site you can see the arch of Trajan, the baths and the temple of Jupiter. The temple is as large as that of the pantheon in Rome, showing the importance of the city. A graffito in the forum reads “To hunt, bathe, play games and laugh. This is life!” 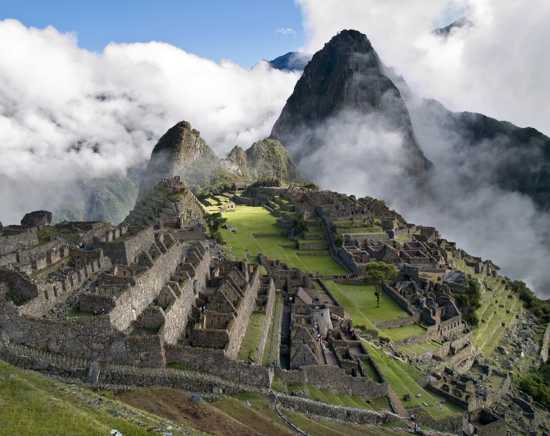 No list of lost cities is complete without Machu Picchu. This old Inca city sits on a peak in the Andes. It was only inhabited for a short period of time, likely 1450-1572 AD, before being abandoned as a result of the Spanish conquest of South America. Since Spaniards never found the city, and locals did not reveal its location, Machu Picchu only came to the attention of the West in the early 20th century. Debate still exists as to whether Machu Picchu was a regular settlement, a Royal retreat, or a religious sanctuary. To reach the site itself is now incredibly easy, with regular buses and trains. This has led to worries about the sustainability of large numbers of visitors there. However, given the wonderful views and the ruins themselves it is easy to see why people flock to Machu Picchu. 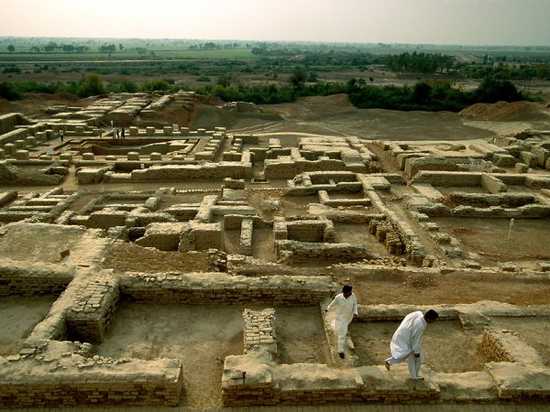 Along with the Egyptian and Mesopotamian civilizations the Indus Valley civilization is considered one of the world’s earliest. The Indus Valley civilization reached its peak approximately 2000 BC, though it was considerably older. Science, writing, trade, crafts, religion and agriculture all progressed remarkably. The advanced nature of this civilization can be seen at Mohenjo-daro with its ordered streets and drainage system. Unlike other sites on this list, there is no obvious palace or temple complex. This has led some to consider the Indus Valley civilization as egalitarian, however we know very little of the people who lived at Mohenjo-daro, so such a statement is bold. Flooding of the Indus appears to have destroyed the city at least six times and new cities were built directly on top of the ruins of the previous ones. What caused the final abandonment is not clear but occurred around ~1800 BC and Mohenjo-dar was only rediscovered in 1922. 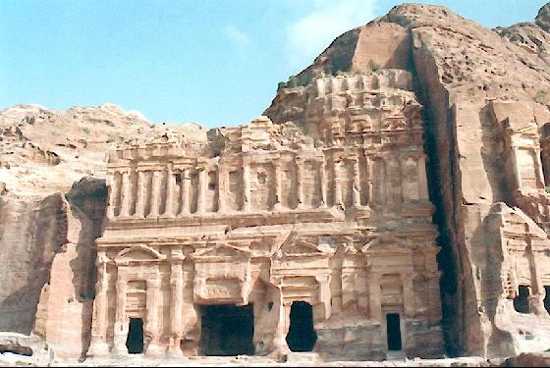 The inclusion of Petra may prove controversial as one can question whether it was really lost. It was certainly abandoned, but may have been very well known to locals. At any rate it was lost from Western knowledge for at least a thousand years. The ancient precursor of Listverse, Pliny the Elder, mentions Petra and it was taken into Roman rule in 103 AD. The city in the desert flourished until an earthquake destroyed the vital water system. With other cities available it seems it was easier to just abandon the site than rebuild. From then the site was left to the desert, attracting only curious travelers and grave robbers. Now it is one of the great archaeological sites in the Middle East. The city is half built and half carved from the red rocks of the hills it inhabits. The architecture is a fusion of Roman, Greek and native Nabataean. Really, no small text here can do credit to the remains of this city. 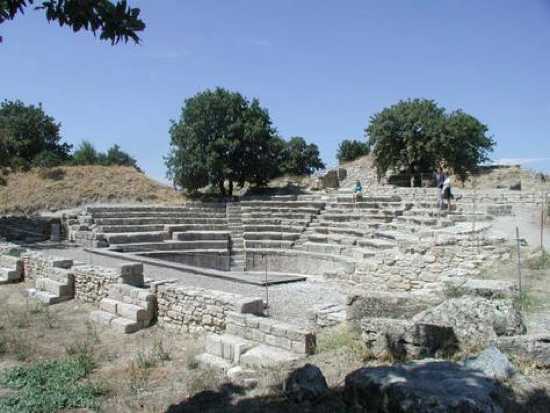 “Sing, O Muse, the anger of Achilles son of Peleus…” So begins the Iliad of Homer, the foundational text of western literature. For all the importance placed in the Iliad, it was for a long time thought that Troy was as mythical as Atlantis. Then in 1871 a self-taught classicist, Heinrich Schliemann, funded a dig at a mound in Hissarlik. There – where in ancient time a city called Ilium (named for the Iliad) had stood – they found huge defensive walls of the type described by Homer. As well as the walls of Troy, Schliemann discovered golden jewelry which he displayed as the jewels of Helen. This treasure was once thought lost after the Second World War, but was, in fact, looted by the Soviets and can be found in the Pushkin museum. Modern excavations of the site have revealed the city to be large – large enough to be the basis of the ancient legend. They have also discovered the city was founded in around 3000 BC and destroyed multiple times. Each new city was built on the ruins of the last. There is a lively debate as to which of these layers might relate to the city besieged by the Greeks. Interestingly, the mighty walls of the city would have far outstripped any siege weaponry available to the attackers at the time and therefore any siege would be protracted. This is just what the Iliad describes and explains the need for the trickery of the Trojan Horse. 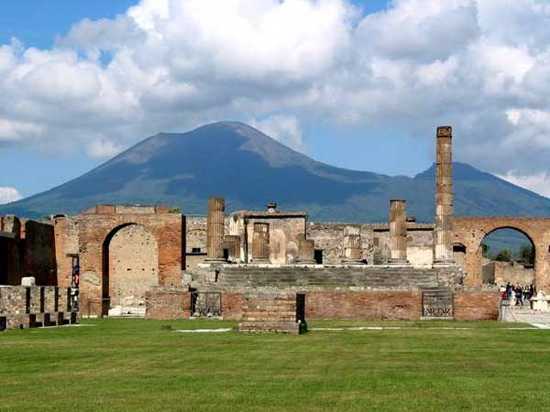 “There were some so afraid of death that they prayed to die.” So write Pliny the Younger of the eruption of Mount Vesuvius in 79 AD. His uncle, the great elder Pliny, had taken the Roman fleet across the bay of Naples to rescue those people trapped at the foot of the volcano. The expedition would cost the elder Pliny his life as the towns of Pompeii and Herculaneum were smothered in ash. The ash, which destroyed so many lives, perfectly preserved the two towns for 1700 years. While we often think of the ancient Romans as inhabiting a flawless world of white marble, Pompeii reveals a real town with many features we would recognize today. Political slogans are daubed on walls; “Vote for Lucius Popidius Sabinus!” There is also fruitier graffiti on toilet walls. A mural shows a riot that occurred around the cities amphitheater. The city has been a gold mine for archeologists and is a major tourist site. Unlike the other cities here you can still see some of the inhabitants. Dotted throughout the ruins are the ghostly, and in many cases ghastly, plaster casts of the dead whose bodies left hollows in the ash.