Recent history is filled with secrets. For example, it has often been necessary to build cities away from the view of the public for a variety of reasons.

When a country needs to conduct secret tests or make sure that they have a secure base from which to conduct missions, they are more than able to build what they need without letting the public in on it. From underground bases to full-blown cities hidden away in the desert, here are 10 cities that were once kept secret from the public. 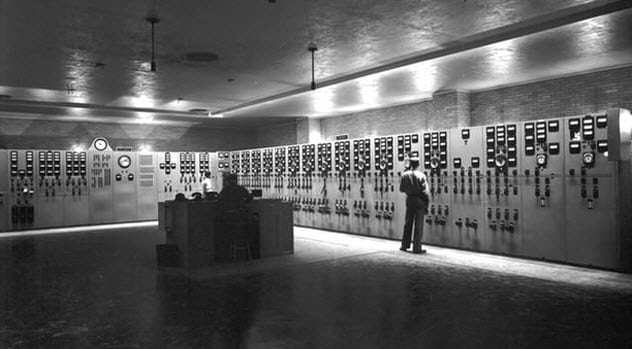 The year was 1943, World War II was in full swing, and the Allies were seeking to build the one thing they knew could end the war for good: the atom bomb.

Forty kilometers (25 mi) west of Knoxville, Tennessee, Oak Ridge was filled with thousands of workers, soldiers, and scientists. You wouldn’t find this city on any map, however, as these people were hard at work on the Manhattan Project, one of the best-kept secrets of World War II. Workers were kept in the dark as to the true nature of the project and were even required to take lie detector tests.[1]

Over 60,000 acres of land surrounding Oak Ridge were purchased by the federal government to ensure that they had the required space to attain the project’s goals without enemy spies finding out about it. Oak Ridge was built to refine uranium ore to produce the nuclear weapons that would come to dominate the 20th century. 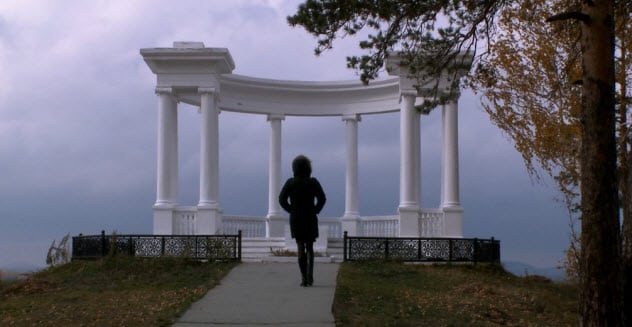 This is another nuclear-related secret location. City 40 (aka Ozersk) was where the Soviet nuclear weapons program started in 1946. The city, with around 100,000 inhabitants, was better supplied and had a higher quality of life than almost anywhere else in the country. However, it was removed from all maps and the identities of those who lived there were erased from all records.

The dark secret of this “closed city” is that it has been home to several different nuclear accidents, including one major accident beaten only by Chernobyl in severity.[2]

This site is still in operation, its citizens are still working, its barbed wire fences are still up, and it still houses much of Russia’s nuclear material. Oddly, the citizens are known to actually love the city and their way of life even though they are well aware that they are living in the “graveyard of the world.”

Nowadays, citizens are allowed to leave if they choose. Yet many do not, instead wishing to spend their lives in one of the most radioactive places on the planet. 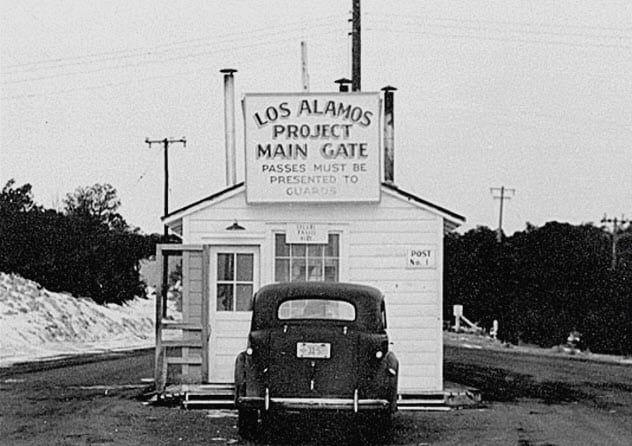 Los Alamos, New Mexico, is well-known for the role it played in the Manhattan Project. It was the primary site for the project and the one that everybody remembers.

Nicknamed “The Hill,” Los Alamos was the true home of the atomic bomb and was kept in total secrecy for the duration of the war. The entire town was isolated, with nobody able to tell friends or family anything about what they were doing. The entire town even shared a lone post office box.

If a baby was born, his place of birth was designated as “P.O. Box 1663.” Over 5,000 people lived in this secret city, all working together toward a goal that almost none of them completely understood.

The site was chosen for a variety of reasons. It was the perfect size, mostly owned by the federal government already, and in an area that Director J. Robert Oppenheimer knew very well as he had a ranch in the area. What would become the secretive city itself was originally a boys’ school, who were luckily happy to sell.[3]

As 1942 came to a close, construction of the site that would birth “Fat Man” and “Little Boy” was well underway, away from the prying eyes of the public and enemy spies alike. 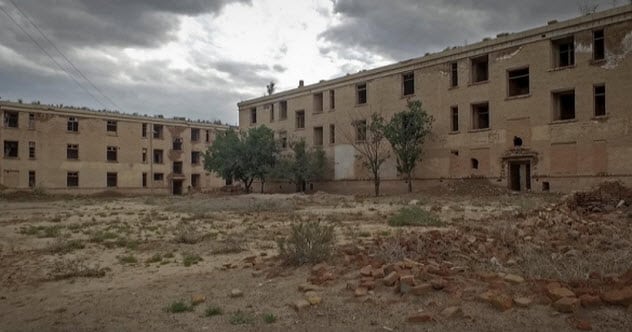 This massive secret city was also removed from maps, kept secret from the outside world, and used to create nuclear weapons. But this time, it was for the Chinese.

Some reports say that the city boasted nearly a million people. Others say that it was closer to 100,000. However, with the population of China at the time being in excess of 600 million, the higher estimate could very easily be true. But it is unlikely that China will ever disclose the actual number who lived there.

Construction began in 1954. The city included people from every walk of life, all chosen by the Chinese government to allow the country to compete with the likes of the United States and the Soviet Union for global dominance.

Located in the Gansu province of northwest China on the edge of the Gobi Desert, the city took just four years to build and a further six years to reach the goal of turning China into a nuclear power. In 1964, China successfully conducted its first weapons test in the desert, changing the face of global politics forever.[4] 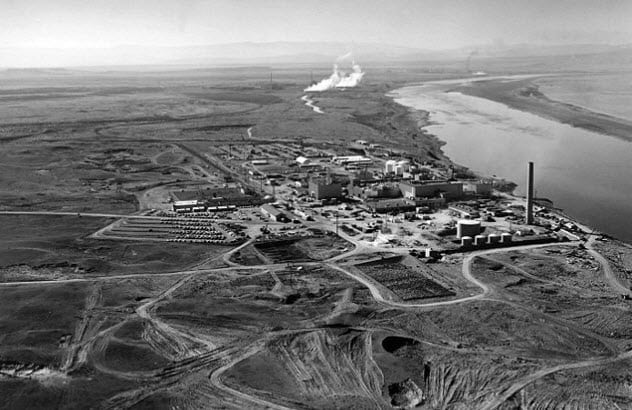 Located in Washington State, this is the third and final of the secret cities centered around the Manhattan Project. It focused on the production of plutonium. It was also used during the Cold War to continue the United States’ nuclear program.

This city is unique because it was still used throughout the Cold War and was the most advanced of the three Manhattan Project sites in terms of its ability to produce power. However, in the early stages, many complications surrounded this power supply dropping over time. This led to the discovery of xenon poisoning whereby the neutrons were being absorbed and causing issues in the chain reaction needed to produce weapons-grade plutonium.[5] 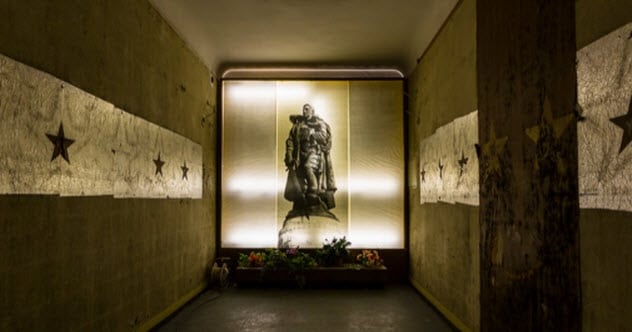 With nicknames like “Little Moscow” and the “Forbidden City,” Wunsdorf became the headquarters for the Red Army in postwar East Germany. It was originally used as a Nazi base.

Home to an estimated 60,000–75,000 people, the majority of whom were soldiers, Wunsdorf allowed the Soviet Union to project power in East Germany for decades. It provided both regular trains to Moscow and a massive buildup of military power should the Cold War have turned hot.[6]

Founded by the German Empire in 1871, the site was home to Germany’s first mosque, which was used for the Muslim prisoners and later became the headquarters for the German Armed Forces in 1935.

Nowadays, the city is a decaying ruin. The crumbling buildings are watched over by a statue of Vladimir Lenin, a distinct reminder of the city’s storied past. 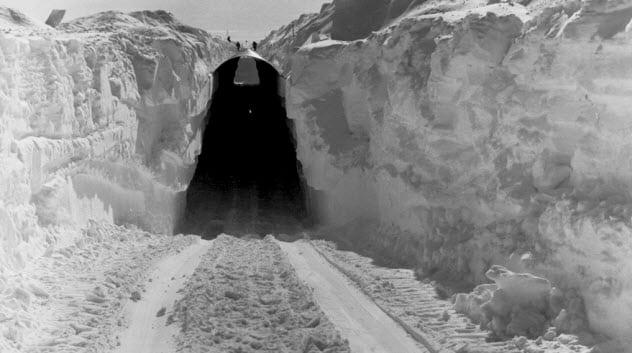 Another remnant of the Cold War, this US base was part of the secret military operation known as Project Iceworm. The site, located underneath Greenland, was originally a simple scientific research facility. As the need for the US to gain an advantage over the Soviets increased, so did the American need for effective missile launch sites.

This underground city housed everything required to maintain its population for the long haul—from a cinema to a chapel.

The goal of Project Iceworm was to use the extensive underground tunnels of Camp Century to have a mobile nuclear launch site where missiles could be fired at the Soviets from any of dozens of launch bays throughout this massive 4,000-kilometer (2,500 mi) tunnel network.[7] 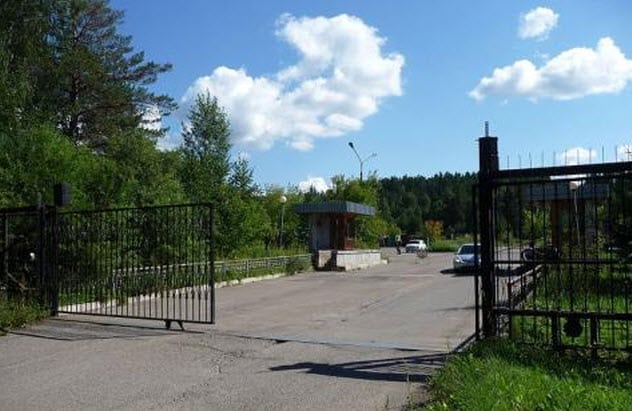 The Soviet Union had many closed cities like City 40, though not all became as famous.

The closed cities vary in their level of secrecy. Some were well-known but had restricted areas for the average citizen, while others were completely hidden. Some are normal cities today and are even chosen as host cities for the World Cup. Meanwhile, others are still vital to Russian national security.

They number in the dozens, spread out across the Russian Federation and the previous territories of the Soviet Union. In 2001, the Russian government acknowledged that at least 42 closed cities existed.[8]

The sheer size of Russia, the remote nature of its countryside, and the tyrannical regime of the Soviets were major factors in allowing many of these sites to remain hidden for so long. Many people believe that there may still be cities that we do not know about and perhaps never will. 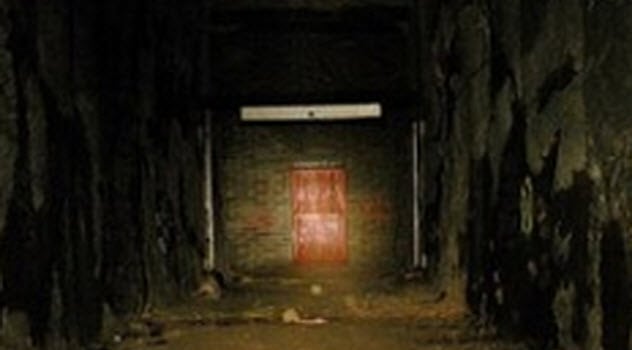 Underneath the quiet town of Corsham, England, lies another secret city. This time, it has the goal of surviving a nuclear apocalypse rather than causing one.

In the event of nuclear war, 4,000 high-ranking members of the government would be able to survive and wait out the nuclear winter inside the massive 35-acre complex of Burlington Bunker.

This underground city is equipped with everything from a radio broadcasting station to a hospital to an underground lake, providing the bunker with an ample supply of water.

If that wasn’t enough, the facility had its own rail line to allow for quick and easy access in the event of the “four-minute warning” (as it was known in Britain), which is the length of time it would take Russian ICBMs to reach the UK.[9]

Decommissioned in 2004, the site has since been opened to the public on several occasions and was even up for sale at the relatively low price of £1.5 million in 2016. 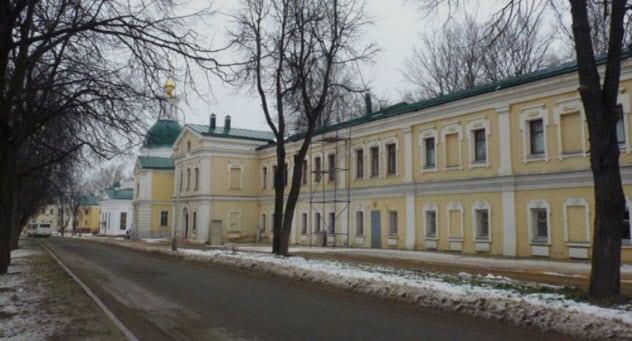 Sarov is another Russian “closed city” that is well-known for being one of the main producers for the country’s nuclear arsenal to this day.

What puts this city on the list is not the fact that it is another closed city or that it was cut off from the public for decades or even that it was removed from maps in 1947 and not acknowledged until as late as 1994.

Sarov (previously called Arzamas-16) is unique because one of the nation’s most prominent religious sites, an 18th-century monastery, sits alongside the nuclear industry of the city.

This strange contrast has drawn plenty of attention from the Russian Orthodox Church in recent years. They seek to reestablish the church despite the restrictions that would discourage any pilgrims from visiting the site.

This monastery was home to one of the most renowned Russian saints, St. Seraphim, who is well-known for his teachings based on love and kindness, a stark contrast to the modern purpose of the town of Sarov.[10]

Read about more amazing lost cities on 10 Legendary Lost Cities That Have Actually Been Found and 10 Mysterious Underwater Cities You Haven’t Heard Of.