When we think of sunken cities, most of us think of Atlantis. According to Plato, it was a city of immense wealth, being rich in natural minerals and lush vegetation. Atlanteans were said to have built fantastic temples, displayed wealth, and created magnificent statues to the gods.

Having once been a privileged and favored people, the Atlanteans became greedy and “spiritually ugly,” being unable to appreciate their good fortune. So, Zeus gave Atlantis to Poseidon, and it was swallowed by the sea.[1]

It’s a cool story. And probably just a myth. The lost city of Atlantis has never been found. However, there are many other sunken cities around the world which are totally real. Here are ten of them. 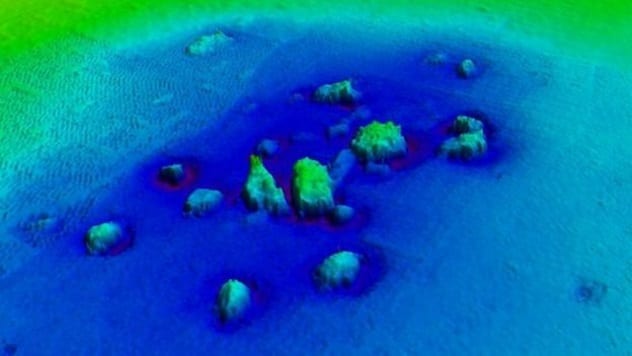 In the 11th century, Dunwich was one of the largest towns in England. However, a succession of storms in the 13th and 14th centuries eroded the coastline, and the town is now largely under the sea. Heavy storms had battered the coast around Dunwich every year for decades. The local inhabitants desperately built defensive ditches to try to hold back the waters and save the town from drowning, but they could not prevent the relentless encroachment of the sea.

Dunwich was evidently a sizeable town. Divers have found the remains of four churches and a toll house, along with numerous houses and even the remains of a ship that had later been wrecked over the town.[2]

You can see a 3-D model of the lost city in the local museum, but diving is difficult because the water is pitch-black. Visibility is very poor, and photography is almost impossible. However, divers were able to survey the sea floor by touch and have painstakingly recorded their findings to map the area. Archaeological work is still ongoing at the site. 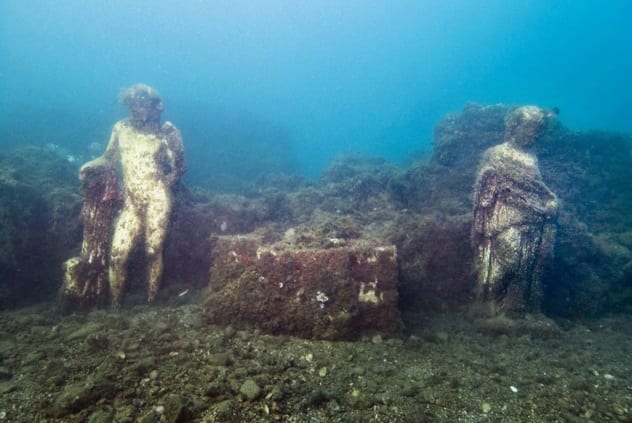 The partially sunken city of Baiae lies around 16 kilometers (10 mi) west of Naples. Baiae, an ancient Roman town, is said to have been named after Baios, the helmsman who steered Ulysses’s ship. Baiae was said to be a pleasant place to live, having a mild climate, luxurious vegetation, and hot springs. Paradise, basically. The city boasted many luxurious villas and large public buildings and even included the kind of public baths of which the Romans were so fond.[3]

Baiae was known for its hedonistic lifestyle, with Sextus Propertius describing it as a “den of licentiousness and vice.” It was clearly an opulent place to live, and it was one of the most important Roman cities for many hundreds of years. Baiae was home to Gaius Calpurnius Piso, who plotted to kill Emperor Nero. When Nero learned of the plan, he ordered Piso to commit suicide. Divers have discovered Piso’s villa, along with another, believed to have belonged to the emperor.

Because so many of its inhabitants were very wealthy, many more treasures may still be waiting to be found there. It is thought that volcanic activity in the area caused part of the city to sink into the Gulf of Naples, lost for hundreds of years.

Archaeological surveys of the site have been ongoing since 1941. The water in the area is clear, enabling divers to thoroughly explore and record the site. Parts of the submerged area are remarkably well-preserved, including floors with complicated mosaics, undamaged by 1700 years beneath the water. Divers have discovered roads, walls, and even statues of Ulysses and Baios, still upright, as if they had been carefully placed there yesterday. 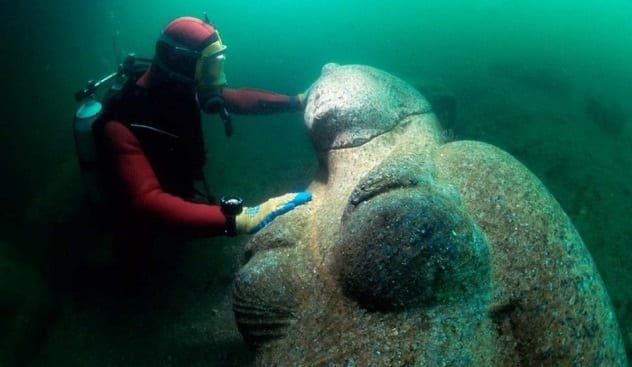 The Egyptian city of Heracleion sank beneath the sea over a millennium ago. The city, supposedly visited by Helen of Troy and her lover, Paris, was thought to have been merely mythical until it was rediscovered in 1999 by archaeologist Franck Goddio.

The site, which is still being excavated, is rich with treasures, including huge statues up to 5 meters (16 ft) tall. The city began to sink into the sea sometime in the third century, possibly because of the excessive weight of the fabulous buildings. It was completely gone by the eighth century.

Hundreds of statues and slabs of stone inscribed in Greek and ancient Egyptian have been discovered and brought to the surface, along with gold coins and dozens of sarcophagi, which may have once contained mummified animals as offerings to the gods.

Archaeologists have also found the remains of hundreds of shipwrecks, suggesting that Heracleion was an important trading port. At the center of the city was a huge temple dedicated to Amun-Gereb, the supreme Egyptian god of the time.

When it was built, the city would have sat at the mouth of the Nile Delta, though it is now submerged under 46 meters (150 ft) of water in the Bay of Aboukir.[4] 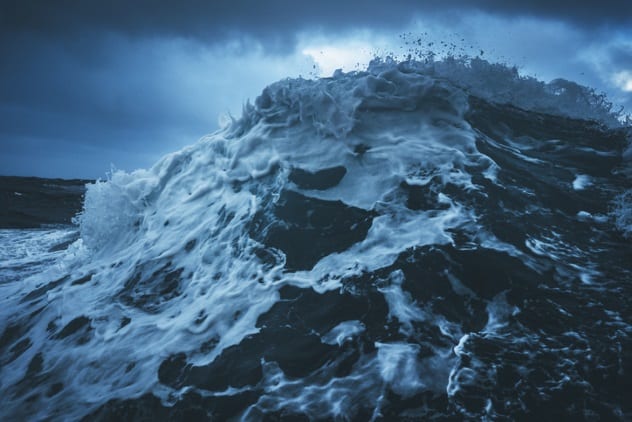 Ravenser Odd was a medieval pirate town in Yorkshire, England. It was the first available landing ground for ships coming from Scandinavia, so the inhabitants, being little more than thieves, vagabonds, and, yes, pirates, would row out to incoming ships and “persuade” them to land there.[5]

Citizens of Ravenser Odd were exempt from paying taxes, and the town was effectively autonomous, with its own mayor, court, prisons, and even gallows. It was also given the right to tax any ships which it had “persuaded” to come to port, which accounts for the enthusiasm of the locals.

However, the sea eventually began to overwhelm the town, and each high tide eroded it further. Walls began to collapse into the mud, and the churchyard gave up its bodies to the sea. The population began to flee, and, according to their nature, the inhabitants looted the churches as they went.

The Great Drowning came in January 1362, and a ferocious storm and unusually high tides submerged Ravenser Odd for good. 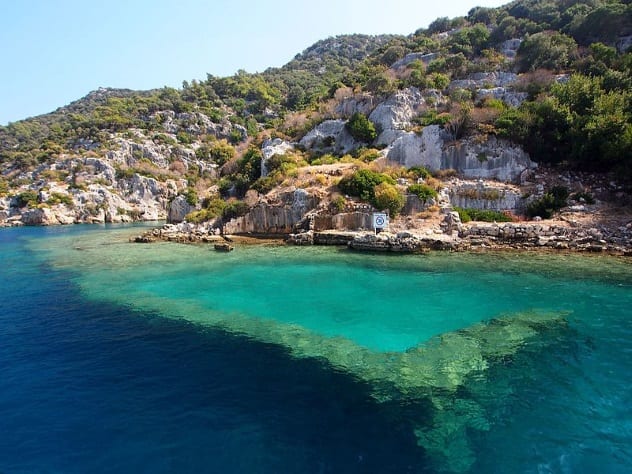 A town situated on the Turkish island of Kekova was submerged by an earthquake in the second century AD. Historical records are somewhat sketchy, but it appears that the island was a prominent place during the Byzantine era. It is possible to see the ruins beneath the clear, blue waters of the Mediterranean, and locals earn extra money by taking tourists on boat trips to view them.[6]

The area has been protected since 1990, though visitors are welcome. You will be able to see half-sunken ruins emerging from the water and buildings complete with stone staircases which descend into the sea, which is impressive. However, the site is protected, and snorkeling is, unfortunately, not permitted. 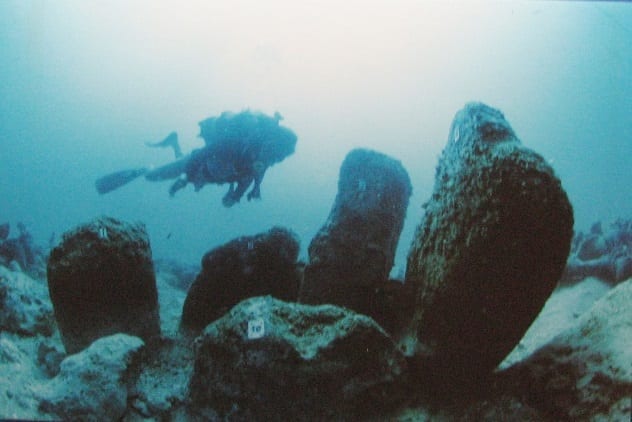 Atlit Yam lies 1 kilometer (0.6 mi) off the coast of Israel, in the Mediterranean Sea. It is so completely preserved that human skeletons lie undisturbed in their graves, and its stone circle remains standing.

Atlit Yam is one of the earliest sunken cities known to man. There are large houses with stone floors, fireplaces, and even wells (though they are somewhat redundant now). The site was buried for around 9,000 years until quarrying in the area exposed some of the remains. In 1984, while searching for shipwrecks, Ehud Galili, a marine archaeologist, recognized what they were and began work to protect and preserve the site.

Being so old, exposure to air would put some areas of the site in danger of decay, so artifacts are not removed from the seabed unless they are in danger of being destroyed by the underwater conditions. Archaeologists wait for currents to shift the sands so that they can chart what lies beneath them.

The site includes a monolithic stone circle, of the sort you might find at Stonehenge, though smaller (and wetter), and an analysis of human remains found at the site showed evidence of tuberculosis, indicating that the disease is 3,000 years older than was previously thought.[7] 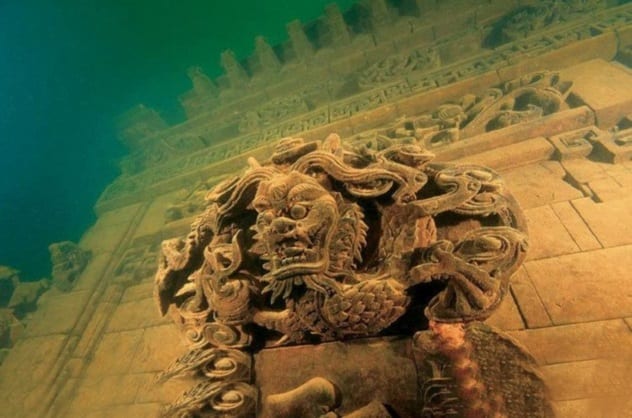 Shicheng (or Lion City) in China was purposely flooded in 1959 in the creation of the Xin’an Dam. At that time, 300,000 people were relocated from the area to make way for the construction, leaving the city to its fate. The city itself was approximately 600 years old and featured stunning classical Chinese architecture.

Shicheng lay undisturbed until 2001, when the Chinese government undertook a survey to see what remained of it, and interest in the site began to grow. Divers found well-preserved statues of not only lions but also phoenixes, dragons, and other animals, as well as ancient buildings dating to the 16th century.

Today, there are regular opportunities for divers to explore the ruins, which lie up to 40 meters (131 ft) under the surface.[8] The town is amazingly well-preserved, the cold waters preventing even the wooden staircases of houses from rotting. 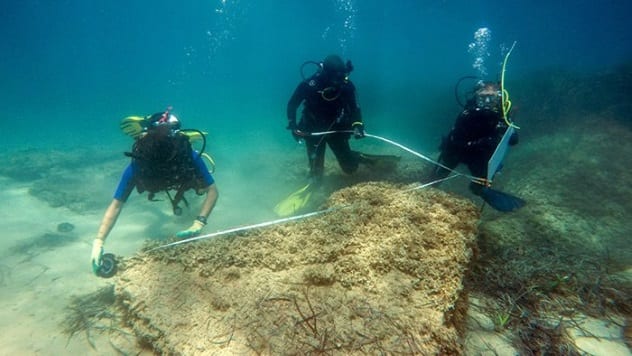 In 2017, archaeologists discovered the lost city of Neapolis, off Tunisia, which had been drowned by a tsunami 1,700 years earlier. The remains still show the streets, monuments, and hundreds of containers which were used to produce garum—a kind of fish sauce which was popular at the time (ketchup not being invented yet).

Neapolis was an important industrial area in the Roman era and was thought to be the major center for the production of fish sauce in the Roman world. The ruins cover a 50-acre area, which, it is believed, was submerged after a tsunami in July AD 365. It was the same tsunami that destroyed Alexandria and was caused by an earthquake of at least magnitude 8.0.[9]

To date, apart from the fish barrels, archaeologists have discovered little in the way of treasures. However, archaeological work is ongoing at the site, so you never know; they may discover more culinary-related items any day. Who’s hoping for chips? 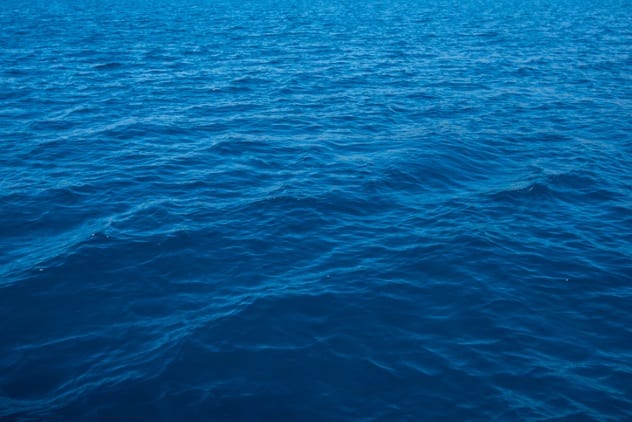 In December 2000, scientists claimed to have discovered a huge lost city in the Gulf of Cambay (aka the Gulf of Khambhat), off the west coast of India. Lying 37 meters (120 ft) beneath the water, the site stretches 8 kilometers (5 mi) long and 3.2 kilometers (2 mi) wide and is believed to be over 9,000 years old.

The site was found by chance while scientists were conducting a survey about pollution. Among the artifacts reported to have been discovered at the time were sections of wall, sculptures, and human remains.[10]

Since then, both the age of the artifacts and whether the stone ones are truly man-made have been disputed. If they are what they’re claimed to be, they’d be a significant find, 4,000 years older than the Indus Valley Civilization. It has been speculated that the possible city was submerged by rising waters during the last ice age. If that is the case, one wonders how many other ancient cities are lying at the bottom of the sea. 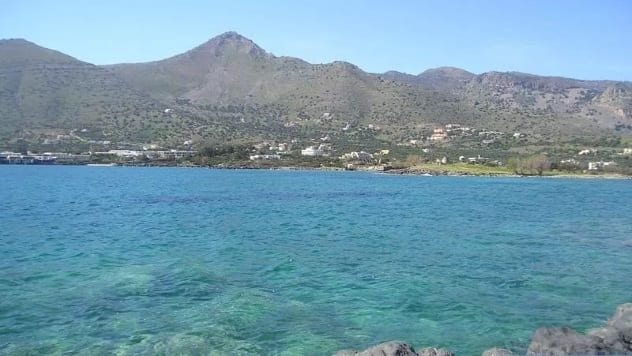 Olous lies in shallow water under a clear, blue sea off the northern coast of Crete. Olous became an important port town during the first millennium BC and was so wealthy that it had its own currency.

Olous was said to the city of fountains. Afraid that pirates would steal their treasures, the inhabitants are said to have dug 100 fountains in the surrounding mountains. The wells beneath 99 of them contained only water, but the last one contained the combined riches of the old town. It has never been discovered.

No one is sure of the exact cause of the destruction of Olous. The city may have been destroyed as a result of a volcanic eruption, or it may have sunk gradually through natural erosion.[11]

If you wish to visit Olous, it is possible to see the sunken city via snorkel. However, as the ruins are part of an active archaeological excavation, nothing can be removed from the site—unless, of course, you find that 100th fountain, in which case, who would ever know?