Horror movies are rarely ground-breaking, and when they are, it just leads to a thousand formula-dependent duplicates riding on the successful tailcoats of the predecessor. Some of these fads have come and gone, but some are relentless and proving to be a market of not fully-exhausted wealth. When they are bled dry, we might see a new, good idea come along, but such moments are few and far between; otherwise the horror industry, like anything else in Hollywood, is just an overgrown recycling center with far too many unsorted knife blades. Here are the top ten gimmicks that we see time and again in the palest parts of the Fear Factory.

Examples include The Blair Witch Project, Cloverfield and Paranormal Activity. It hasn’t quite been overused, except to say that the Paranormal Activity franchise has milked the gimmick into a part three. It was this conceit that made a movie with a budget in the mere thousands extremely successful, as was the case with Blair Witch, raking in about $2.5 million at the box office. This idea of “lost footage” is admittedly creepy – just like any “real” footage of poltergeists or Big Foot is scary. Feigning that an elaborate Hollywood production is truth via this kind of trickery adds a dimension of false realism wherein which this isolated happening could just as easily happen to you.

There is no better place to find horror than in your local Catholic church, and, more specifically, in the bible itself. Why do you think it’s called “God-FEARING”? Fear has been the best incentive to keep church-goers in line since the dawn of Christianity. Between Puritan witch-hunts, fire-and-brimstone doom-saying and the Book of Revelations, Christianity is a wonderful tap for the most distressing horror material. Exorcisms alone have carried myriad film franchises to our worst, rug-staining nightmares. Then you have the reference to Satan, the best horror monster ever conceived in literature. When your soul is on the line, the consequences of a horror movie become all the more dire.

In this air-borne pathogen and human contact-fearing day and age, our greatest fears are also our most mundane. People can’t even go to the grocery store anymore without first applying a dollop of hand sanitizer from an onsite containment station. That used to be called something: Obsessive Compulsive Disorder. It has provided grounds for countless movies and T.V. series parodying the extremity of such problematic behavior. Now that it’s absolutely normal, it has been capitalized as a go-to source of our worst fears. The idea of an epidemic is nothing new (the Black Plague, Small Pox, Polio, etc.) nor is writing about one (Edgar Allen Poe’s The Masque of Red Death), but paranoia has never been at such an all time collective high. Movies like Contagion, The Invasion (the latest modern adaptation of Invasion of the Body Snatchers), and 28 Days Later amp up the apocalyptic overtones in simply being exposed to something impure. Next movie idea: Attack of the Tainted Cantaloupe.

When a scary plot alone will simply not do, on must come the gore. Movies have gotten progressively bloodier and grislier since the original Nosferatu, but not necessarily any scarier. The horror industry seems to think that stomach-churning equates to fear, as if the more you disgust and discomfort the audience, the scarier the movie will be. Take the latest installment of The Human Centipede, it is so chock full of twisted, explicit mutilation and torture visuals, that it is illegal in some countries, and virtually unwatchable by anyone but erudite serial killers-in-training. But to an extent, this graphic grossness is in very high demand, explaining the success of the Saw franchise, which has six parts and a 3D gimmick-fest. And with that bar set, the horror industry has done its best to out-Saw Saw, as if that’s how you make a better horror film. Meanwhile, warehouses worth of Steven King books are longing to still be made into movies.

“I Watched _______, and Now I Have to Die.” This is one of many hackneyed horror concepts that has taken its rounds through the industry. The Ring spawned a micro-movement in its centering around a Grim Reaper-esque videotape that leads to your inevitable demise upon viewing (this was actually done previously in David Cronenberg’s surrealist Videodrome, which makes great, and extremely over-the-top, commentary on the matters discussed in number seven). Then came Fear Dot Com, a WEBSITE that leads to your inevitable demise, a slight and modern variation on the murderous medium formula. What’s next: “140 Bodies or Less,” a movie about a killer twitter account.

When zombies and vampires lack the goods to keep people frightened over the course of several generations, out must come the steroids. In Blade 2 we saw genetically mutated vampires with weird flower-petal mouths and extra heart protection, as well as immunity to garlic and silver. In 30 Days of Night and 28 Days Later, both based upon graphic novels, the evil creatures were jacked up to superhuman levels. Vampires okay, but zombies are supposed to be slow and dumb – easily outrun, but effective in high, cornering volumes like lava. Human-based horror creatures alone aren’t the only ones getting hormone injections: sharks (Jaws, Deep Blue Sea), velociraptors (Jurassic Park), crocodiles (Lake Placid), snakes (Anaconda), and primates (Planet of the Apes, King Kong, Mighty Joe Young) have been made bigger and/or smarter than average for scary effect. In actuality, King Kong seems to provides the empirical origin of this idea of an overgrown common animal laying terror about a human civilization used to normal-sized things. To this day you can watch the Sci-Fi channel and catch a giant CGI frog terrorizing an island full of machine-gun-clad sexy people who can’t act. 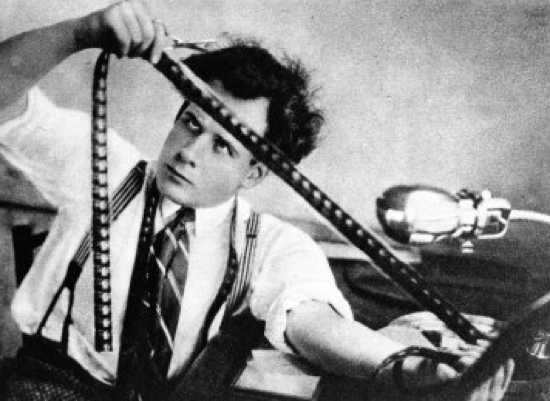 A lot of movies these days don’t even qualify as horror movies until they reach the cutting room floor – there discordant violins and twitchy visuals add artificially-inseminated tension and suspense. All that really needs to be captured prior is Jennifer Connelly or Naomi Watts (or even Sarah Michelle Gellar) walking slowly through a dark hallway until something weird and blue does or does not show up. These movies are mostly smoke and mirrors, where ideas are left out in favor of these little maybe moments that need not pay off so much as keep the audience sweating. Its like the worst kind of sex, a frightening kind built on nothing really.

How many kids must we assign the sole responsibility of making a movie scary before we hate all kids by association (as if their acting wasn’t enough to do the job, but that’s another list). The drippy girl from The Ring, the blue Asian boy from The Grudge, the twin girls from The Shining, and little Damien from The Omen, the toddler from Pet Sematary, and The Children of the Corn are some of the leading examples of kids who took on the role of pure evil, at ages where innocence is usually found. Not so, in these cases – get out the crossbows and/or holy knives.

Guillermo Del Toro deserves credit for one thing: staying true to the latex and prosthetic ideals of 80s’ horror nostalgia – making terrifying creatures from scratch, and rarely letting computer animation fill in for a paint brush. Movies feel real when they contain real things. CGI only supplies an obvious cover-up for a missing part of a movie, precisely where writing and DIY ethos fall short. There are far too many transgressors to enumerate, but essentially every bluntly-scripted, high-budget horror involving some kind of over-blown creature is CGI-laden and always underwhelming. Take the movie Priest, about a vampire-hunting priest; the title actor was on a talk show (being where he gets paid to promote his movie) mentioning how this movie “makes vampires scary again,” which is hard to believe considering he appeared in NO scenes beside an ACTUAL vampire. Not sure how scary a blue screen is, but must be more so than these affected, unnatural-seeming digital renderings we see on the other side.

A time-tested way to fill seats an otherwise bad movie cannot: full-frontal nudity. Horror movies and sex have gone hand-in-hand since the first Jason movie hacked up a couple of teenagers getting lucky in the woods. Now these cliches are less gimmicks than vital institutions; the trailer for My Bloody Valentine 3D was easy to mistake for one of those sultry dating line commercials that come on late at night. It’s the reason most horror movies are proudly rated R (that and for the not quite NC-17-worthy amount of violence). If it weren’t for the occasional murder in between (or during) sex scenes, most horror films these days could be classified as softcore porn. What comes to mind is the scene from Species where the guy is doing it with the alien chick, and she tears him apart from the inside-out mid-act. The sex-deaths have gotten a lot sexier (and less death-ier) since, but seeing that scene is a great way to fear anonymous sex in the same vein as seeing Jaws would make you stop going to the beach for a while.