As ‘the genius’ ranks amongst fiction’s favorite archetypes, there are no shortage of personalities to choose in formulating a list. Below are ten more characters of preternatural insight and mental dexterity. This list, of course, follows on from the first, which you can read here. 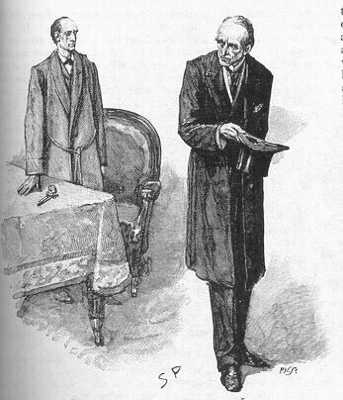 The nemesis of super sleuth Sherlock Holmes, Moriarty is a criminal mastermind who controls and manipulates all the malefactors in England like pawns. He only plays a small part in the original canon of Arthur Conan Doyle, but later re-imaginings have expanded his role. He is described as a mathematical genius, authoring such enlightening works as “A Treatise on the Binomial Theorem” and “The Dynamics of an Asteroid”, but he is ill suited to the boredom of academic life, and turns to misdeeds. Holmes calls him “the Napoleon of Crime”. The character was originally intended to kill off Sherlock; at the end of the story “The Final Problem” Holmes and Moriarty plunge off a waterfall to their deaths. However, intense public outcries and financial issues caused Doyle to “revive” Holmes in 1901’s “The Hound of the Baskervilles”. 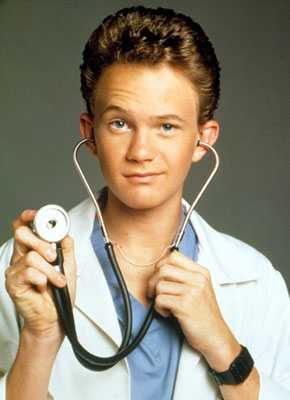 Howser is a teenage doctor who exhibits vast intelligence from his earliest days, racking up a perfect score on the SATs at only six years old, and graduating from Princeton at 10. He has an eidetic or “photographic” memory, able to recall things with exacting detail. Howser is a resident surgeon, the youngest licensed doctor in America. Throughout the series he wrestles with normal teenager issues like girlfriends and autonomy from his parents, made all the more interesting by his brilliance. 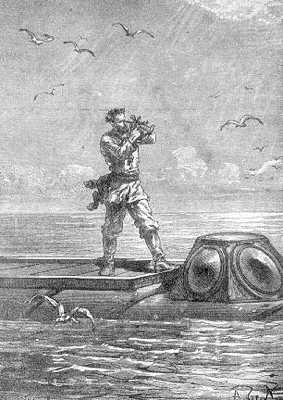 Nemo appears in two of Jules Verne’s novels, “Twenty Thousand Leagues Under the Sea” and “The Mysterious Island”. He is a deposed prince, driven from his throne by the British conquest of India. He is the builder and captain of The Nautilus, a submarine of remarkable design called “a masterpiece containing masterpieces”. Besides his engineering prowess, Nemo is a master of the oceans, having vast knowledge of undersea navigation and marine biology. He violently opposes tyranny in all its forms, particularly the scourge of British imperialism, and his rare forays to the surface are usually to help the oppressed.

7
Ignatius Reilly
A Confederacy of Dunces 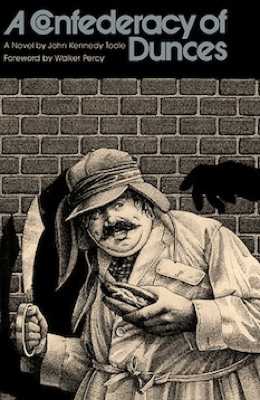 Ignatius is easily the most bizarre fellow on this list, the fat, madcap protagonist of John Kennedy Toole’s “A Confederacy of Dunces”. He lives with his mother and suffers from delusions of reality in the vein of Don Quixote. He hates the conventions of modernity, viewing the world through the lens of strange medieval philosophy, particularly the sixth century martyr Boethius. Due to a car accident, he is forced to leave the sanctuary of his room and seek employment. The book revolves around the odd, amusing turns he has conflicting with society. He works as a hot dog vendor, in the office of a pants company and consorts with all kinds of strange personalities.

6
Gandalf
The Lord of the Rings 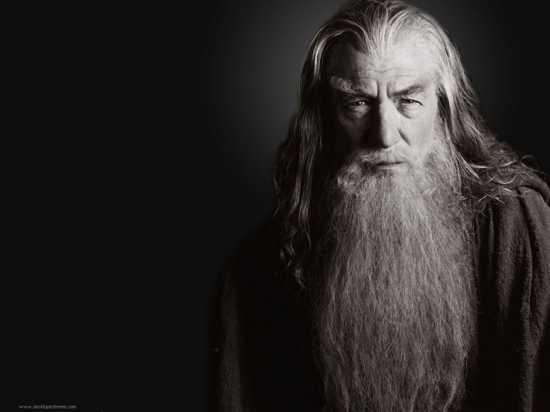 Gandalf is a wizard of the Tolkien canon, appearing in various works but most famous for his turn in “The Lord of the Rings”. He is a god-like being, and the true extent of his power and knowledge is never truly revealed, though his crowning moment is in defeating the demonic Balrog after two days of fierce combat. He is the orchestrator of the campaign to destroy the One Ring, which contained the evil powers of the dreaded Sauron. When Sauron is defeated and the races of Middle Earth are saved, he sails over to the Undying Lands, never to return. 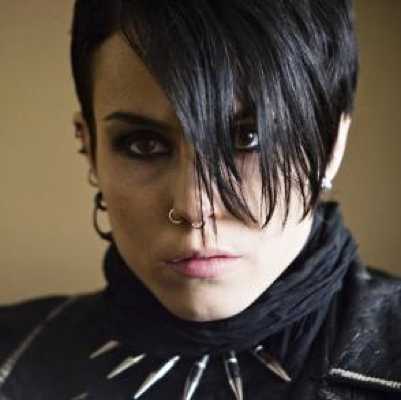 Unfortunately, the annals of fiction do not feature a great tradition of female geniuses, but Stieg Larsson’s Salander surely deserves her spot on the list. The author claimed in interviews that he envisioned Salander as a kind of grown up Pippi Longstocking. She suffers a horrible childhood of rape and abuse, but bounces back with savage acts of retribution, not limited to setting her own father on fire. She uses her great computer hacking skills as a private investigator for a security firm, and is a part of an international hacking community under the code name “Wasp”. She possesses a photographic memory, a deep social introversion, and it is implied she may have Asperger’s Sydrome. 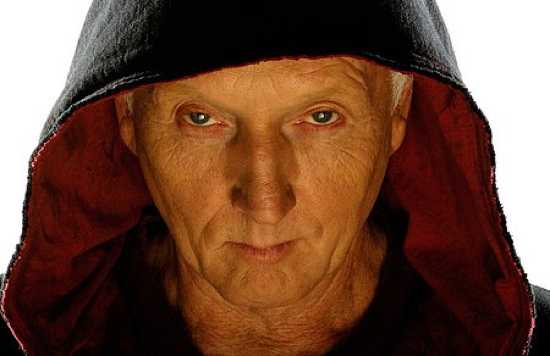 One of the most insidious villains in film history, John Kramer (dubbed the Jigsaw Killer by the media) is a master manipulator, forcing his victims into horrible compromising situations. Kramer is dying of terminal brain cancer, and he is determined to make others realize the value of their lives, trapping them in mechanical puzzles of ingenious design that require great sacrifice (usually graphic self-mutilation) to survive. Although the quality of the films steadily deteriorates, the first “Saw” truly highlights Jigsaw’s demented philosophy, and features one of the best surprise endings of all time. 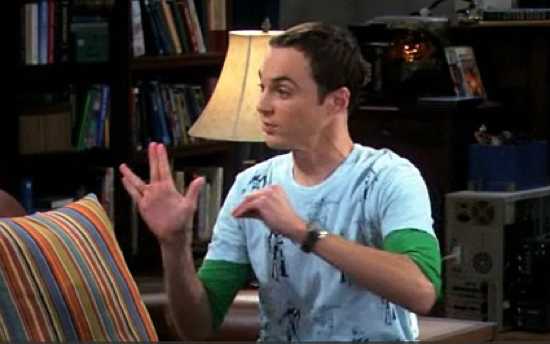 Sheldon Cooper B.S., M.S., M.A., Ph.D., Sc.D. is a theoretical physicist at the California Institute of Technology, a brilliant but socially inept fellow. Much of the show’s humor is derived from Sheldon’s inability to function on a personal level, lacking normal graces. He was a child prodigy, building crazy and fantastic inventions, not limited to his own sonic death ray. He considers himself smarter even than Isaac Newton, his IQ is 187, and his exploits, including attempts to procure uranium to build his own nuclear reactor, have attracted the attention of Homeland Security. His research includes work on string theory, an extremely controversial aspect of particle physics focusing on the very fundamentals of existence. 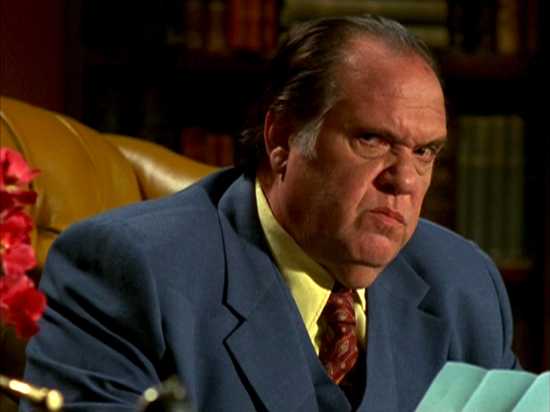 Wolfe is a massively fat detective created by Rex Stout in 1934. Wolfe is a shrewd investigator of marked weirdness. He does not leave his brownstone home unless he absolutely has to, and does most of his work through intermediary Archie Goodwin, who also serves as the narrator of the stories. There is some slight indication that he is meant to be the illegitimate son of Sherlock Holmes, or perhaps his older brother Mycroft. Wolfe is marvelously self-indulgent, tending to his orchids, taking vast meals and drinking huge amounts of beer. He dislikes women to the point of outright misogyny, is extremely particular and neat, hates music and doesn’t like to be touched. 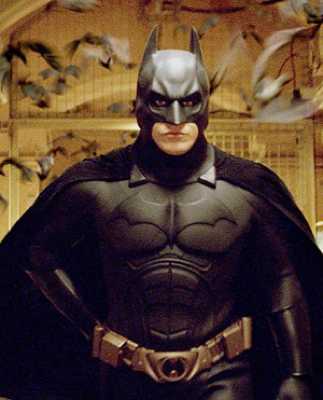 Batman, the alter ego of billionaire industrialist Bruce Wayne, has undergone more revisions and re-imaginings than perhaps any other character in fiction – from the campy Adam West television portrayals to Christian Bale’s grim dark knight. A superhero without any super powers of his own, Batman is a master detective, tactician and engineer, building many of the gadgets he uses to fight crime. Superman describes him as “the most dangerous man on the planet” he is boundlessly resourceful, capable in forensics, computer engineering and running a financial empire in Wayne Enterprises.