‘Genius’ is a term for which no precise qualifications have been set. It is a largely subjective term which seems to marry both great intelligence and imagination. Genius may never be perfectly defined – you just know one when you see one. Fiction has long made use of such characters – from the hackneyed nerd stereotype to the wizard of boundless wisdom, from gods and oracles to comic relief. Below follows a list of largely modern fictional geniuses. 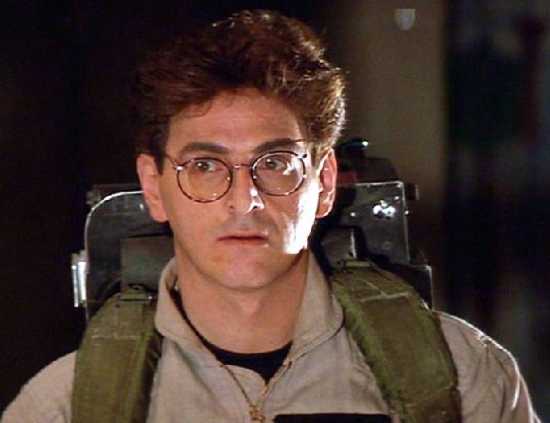 Egon is the brains behind the Ghostbusters, a quartet of spirit hunters operating out of an abandoned firehouse in New York City. Although his precise education is never revealed, it is understood that he is a scientist of multiple disciplines – not limited to parapsychology, quantum physics, and nuclear engineering. With associate Ray, Egon was responsible for the Ghostbusters’ marvelous array of equipment, including proton packs and the containment unit they keep in their basement. Spengler’s brilliance does not come without a certain intrinsic awkwardness – he has a highly technical method of speaking and has communication issues with the fairer sex. 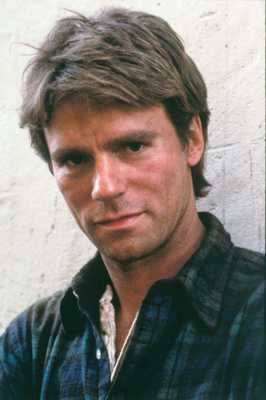 MacGyver is portrayed as something of a secret agent in the employ of a covert government agency in the Mission:Impossible template. Shunning the use of firearms, he instead makes use of his omnipresent Swiss Army knife and various items laying about. He often freed himself from seemingly impossible and lethal situations with his encyclopedic scientific knowledge. In the first episode of the show for instance, he uses a chocolate bar to plug a sulfuric acid leak. To avoid people trying to replicate MacGyver’s dangerous experiments, some integral element was usually left out. His training was in physics and chemistry, along with experience in the military during the Vietnam War. 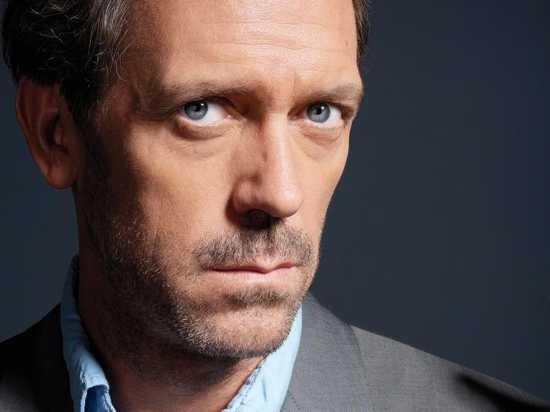 The Chief of Diagnostic Medicine at a fictional hospital in Princeton, NJ, House is modeled on Sherlock Holmes (note the House/Holmes wordplay), and exhibits many of the same behaviors. Having exceedingly little bedside manner, he is a cranky, curmudgeonly man who nonetheless possesses a keen perception. He speaks multiple languages and has a dry, incisive wit. House is portrayed as masterful in the understanding of nearly every medical pursuit, although his genius is often moderated by a narcissism so crippling that he generally doesn’t care what anyone else thinks about him. 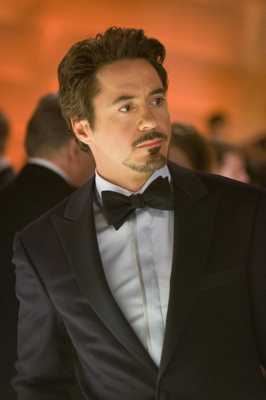 The Iron Man of Marvel comics fame, Stark is an industrialist playboy who inherited his father’s company, Stark Industries – a defense contractor along the lines of Lockheed Martin. He was a child prodigy who attended the Massachusetts Institute of Technology at the age of 15. When he is captured by enemy forces, he designs a robotic suit of armor to escape. Over the years, he uses his genius to create increasingly more fantastic suits, going so far as to rewire his own biology, making heretofore unheralded advances in various fields including physics, quantum mechanics, and even artificial intelligence. 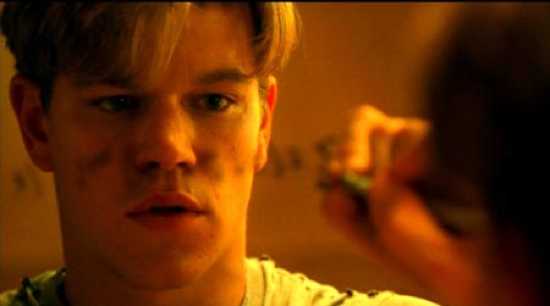 The eponymous star of Good Will Hunting, Will (Matt Damon) is a poor kid from the south side of Boston who works jobs in construction and as a janitor at MIT. While mopping one day, he sees a difficult algebra problem written on a blackboard by a professor as a challenge to his students. Will solves it easily. After getting into a fight, he is forced by the court to both see a therapist and work with the professor. He is revealed to have some deep psychological scars from his youth, and in the end to be more brilliant by far than even the award-winning professor that first recognizes his talent. Will’s strengths seem to be mathematically inclined, but he is also extraordinarily well-read, recalling authors and topics from obscure economics tomes at will.

5
Emmett Brown
Back to the Future 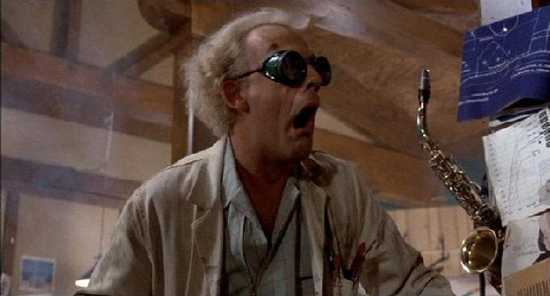 Emmet “Doc” Brown is the stereotypical mad scientist, taking shades of his unkempt, wild-eyed appearance from Albert Einstein. Doc’s greatest achievement of course is the invention of the time machine which sends Michael J Fox’s Marty McFly character into the past. Built from a DeLorean DMC-12 sports car, the time machine uses various forms of energy on its journeys, including electricity, nuclear power, and cold fusion. Although somewhat absent-minded, Doc is an inventor of unparalleled imagination, even somehow managing to tack together a new time machine from a steam locomotive when he gets stuck in the past.

4
Hannibal Lecter
Silence of the Lambs 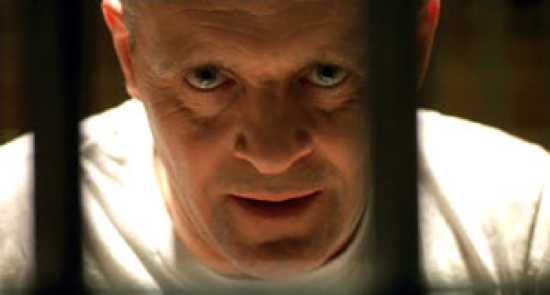 To some degree the very archetype of the ‘evil genius’, Dr. Lecter’s character is introduced in the Thomas Harris novel Red Dragon, but his most notorious turn was in the film The Silence of the Lambs as potrayed by Anthony Hopkins. A psychiatrist of staggering genius, Lecter is incarcerated for a series of savage cannibalistic murders. He acts as a consultant to a pair of different FBI agents hunting at-large serial killers. Unlike many of the personalities on this list, Hannibal is described as having impeccable, almost aristocratic manners. Above all, he despises any form of rudeness. He has a well defined, classic appreciation of the fine arts, at one point during the series taking a job as a museum curator under an assumed name. His knowledge of physiology is at least sufficient enough to allow him to perform exacting brain surgery on an enemy. His greatest skill, however, is in reading people, drawing from thousands of psychological inferences a flawless portrait of human motive. 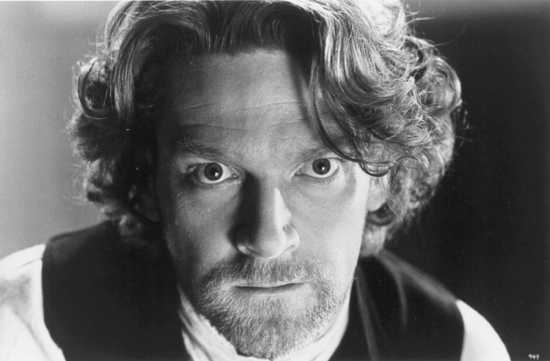 Victor Frankenstein, the novel’s namesake (the monster never receives a name), is a chemistry student at the University of Ingolstadt traumatized by the recent death of his mother. He believes science capable of anything, even clinging to antiquated principles of alchemy. Using the discovery of galvanism (passing electricity through a corpse’s nervous system to make it move), he learns to restore life to the dead. His genius is fully realized when he creates his monster from a horribly vivisected combination of cadavers and slaughterhouse remnants. Unlike the later films, which portray the monster as a vast, shambling dullard, in the book the creature seems to inherit his “father’s” vast intellect, becoming well-read and articulate.

Hailing from the graphic novel Watchmen, Adrian Veidt was once the superhero Ozymandias. Referred to as ‘the smartest man on the planet’, Veidt helms a multi-billion dollar empire, which includes genetic engineering and a line of toys amongst other things. Fearing that the end of mankind is imminent (Watchmen takes place in a dystopian Cold War era where nuclear antagonism between the United States and the Soviet Union has reached a critical juncture), he hatches a sinister plot to unite the nations against a common enemy. Unfortunately, his scheme comes at the cost of millions of innocent lives. 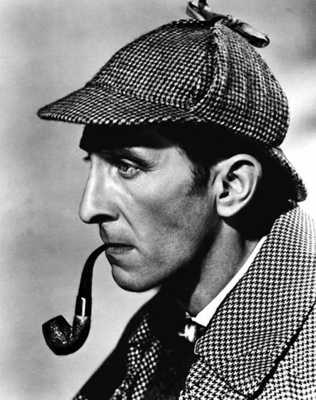 Nearly every character on this list owes some debt of gratitude to Sir Arthur Conan Doyle’s Sherlock Holmes, master of deduction. Holmes is the consummate detective, drawing his conclusions from all manner of trivial details that escape the attention of lesser minds. He is often brought to the aid of police when they have already failed at solving a case with the available evidence. The Holmes stories are always narrated by his friend and colleague Watson, who marvels at Sherlock’s intellect but does not hesitate to level certain criticisms towards him either. Like the others, he is portrayed as eccentric, eschewing the conventions of fashion and comportment typical to his Victorian era. He uses both cocaine and morphine in his stories, though both drugs were legal at the time. Deep literary analysis of the character has suggested that aspects of his personality indicate mental illness, specifically Asperger’s syndrome, which would explain his intense, single-minded attention to detail and his introversion. A sensationalized version of the character appeared in the 2009 Robert Downey Jr. film, Sherlock Holmes.