When young Ian Fleming was working in British Naval intelligence during World War II, he once told a friend he planned to write “The Mother of all Spy Stories.” I, for one, think he succeeded. The James bond series of films is likely the longest running and successful series in cinema history, and why not? James Bond is the kind of guy who every guy wants to be. Suave, smart, cool under pressure and utterly unshakable. While just about everybody has seen a James Bond film, or read a James Bond book, there’s still plenty of interesting anecdotes that can pass by even the hardcore fans. Here’s some things you may not know about the world-famous James Bond: 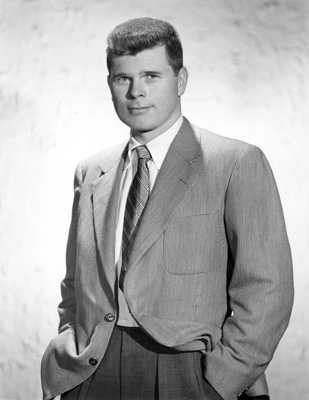 Even someone who’s never seen a Bond film can tell you that James Bond is British – it’s such an engrained part of the character that, nowadays, no one would consider portraying him as anything else. Back before the EON series of movies, CBS produced an adaption of the novel “Casino Royale” for their “Climax!” Series. However, instead of a suave talking M16 agent, American actor Barry Nelson played “Jimmy” Bond, an American CIA Agent. In a bizarre twist, the book’s CIA agent, Felix Leiter, was changed into a British M16 agent “Clarence Leiter” for this adaption.

9
Bonds that Never Were 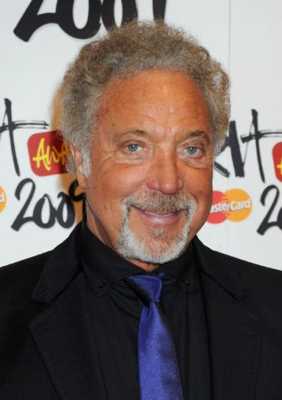 Over the years EON and the Broccoli brothers have put quite a bit of thought into who should be playing Bond. Ian Fleming originally wanted David Niven, but he was turned down. Fleming also suggested his cousin, Christopher Lee, to play Bond, but the relationship was considered a conflict of interest (though Lee did, eventually, play a Bond Villain in “The Man with the Golden Gun”). There are a few folks who turned down the role, Patrick McGoohan thought Bond was “too promiscuous.” Gerard Butler was offered the role but thought it would ruin his career, Rod Taylor simply said he thought the role was “beneath him.” Burt Reynolds and Clint Eastwood both declined the role because they felt Bond should be British. There were a few oddball candidates for the role of James Bond, such as African-American actor Will Smith (though Daniel Craig did say he believes the world is “ready for a Black Bond”), ex-batman Adam West and the most bizarre of all, singer Tom Jones. Aside from the parody “Casino Royale,” all the Bond movies but one were made by EON productions. 1983’s “Never Say Never Again” starring the original Bond, Sean Connery, 12 years after he officially left the role of James Bond, was never authorized by EON production or the Broccoli brothers, the rights holders to the Bond novels. So how did this happen?

It all began long before “Dr. No” was produced. Ian Fleming was working with Producer Kevin McClory and screenwriter Jack Whitingham on a Bond movie called “78 Longitude West” which was never produced due to budgetary constraints. Fleming thought the story was good, so he turned the screenplay he and Whitingham worked on into his novel “Thunderball” and was taken to court for not crediting Whitingham in the book. The court decided that McClory would be allowed to produce a screenplay based on the novel “Thunderball” to make up for his lack of credit.

Thanks to this decades-old legal loophole, McClory was able to produce 1983’s “Never Say Never Again” despite the fact that the copyright holders objected to it. This lead to the bizarre phenomenon of two Bond films (this one and “Octopussy”) briefly being in theaters at the same time. Since this incident, EON has put a strict legal lock-down on the name and likeness of James Bond, just in case any further legal loopholes pop up.

7
You Smoked HOW many? 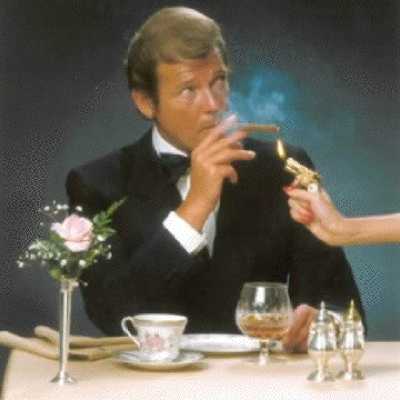 In the Bond Novels, James was a shameless chain smoker, who enjoyed over 70 cigarettes a day. In the first films, Sean Connery’s Bond didn’t smoke that much, but occasionally lit up a cigarette. When it came time for Roger Moore to start playing the British Agent, he wanted to differentiate himself from Connery’s Bond as much as possible. So, instead of cigarettes he decided he’d smoke cigars. Moore was a well known cigar aficionado, and actually had a clause added to his contract giving him an unlimited supply of cigars on set. While the exact figure of the Roger Moore cigar budget is still unknown, producer “Cubby” Broccoli said it was “in the thousands.” 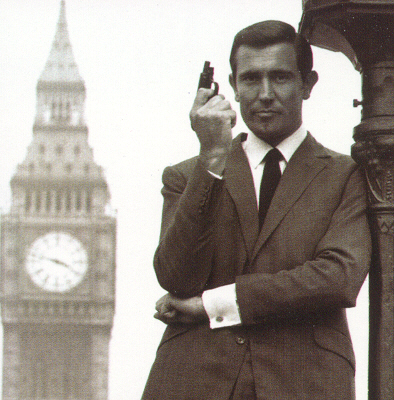 When it was announced that Sean Connery would be leaving the series after “You Only Live Twice” there was a massive search for the next Bond. After much deliberation, Australian model George Lazenby was chosen. Lazenby was the world’s highest paid male model in 1968, he was tough, suave and good looking – perfect for Bond, right?

Things started to go a little awry for Lazenby when he got in a dispute with director Peter Hunt and he refused to talk to Lazenby directly. Cast and crew said Lazenby was “difficult to work with” and his heavy Australian accent sometimes grew unintelligible, and had to be dubbed over by an English actor in most scenes.

All this pales in comparison to Lazenby’s head-scratching tonight show appearance that occurred just before the release of his only Bond Film “On Her Majesty’s Secret Service.” People were anxious to get their first look at the new James Bond, but were taken aback when Lazenby appeared sporting a full beard and long scraggly hair. During his interview, Lazenby nonchalantly remarked that he wouldn’t be retuning as Bond. The studio audience laughed, thinking it was a joke, but he assured those in attendance that he was quite serious. This was just a few days before the release of the film and, needless to say, EON was furious.

Despite these shenanigans, many hardcore Bond fans still Hold that George Lazenby’s Bond was one of the best ever, his portrayal being closer to the Bond of the novels than any other actor. The debate rages on. 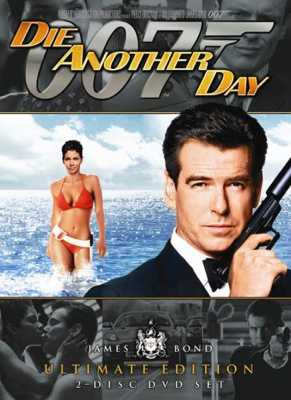 During the planning Stages of 2002’s “Die Another Day” the producers actually wanted to include a cameo by the original Bond, Sean Connery, but in what context to include him? Briefly, screenwriter Stephen Wade thought of a strange idea: what if “James Bond” wasn’t a name, but a code name assigned to certain agents? When the Connery cameo fell through the “codename” idea was scrapped, Director Lee Tamahori commented in an interview “that was good judgment prevailing.” This hasn’t stopped some of the fan-base from using the “codename theory” to explain why James Bond has been roughly the same age since 1962. Still, if this would have been introduced officially it would have made some fairly glaring continuity errors, such as the Moore-era Bond recognizing gadgets from the Connery era, or the Dalton era bond resigning from M16 and keeping the name in his time away from the agency. 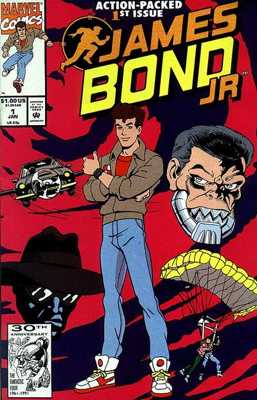 In the 1990s, it seems like almost everyone, from Conan to Carmen San Diego got a Saturday morning cartoon with the inevitable action figure tie-in. James Bond didn’t escape this cartoon maelstrom, leading to the 1990s’ cartoon “James Bond Jr” featuring Bond’s teenaged nephew, and his friend Gordo Leiter, son of CIA agent Felix Leiter. In the show the young Bond faced off against SCUM a team of criminals and some famous Bond villains like Auric Goldfinger. The shows titles were often puns on the names of Bond films, like “Live and Let’s Dance.” The show is an interesting footnote in Bond history, but most Bond fans agree it was horrid. The action and writing were awful, the characters were irritating, and the show was littered with grating attempts at humor. And why was James Bond’s nephew called “James Bond Jr” anyway?

3
Where Bond Got his Name There have been a number of theories on where Ian Fleming got the name “James Bond” for his creation. Some think he named the character after Sir Thomas Bond, an English landowner in the 15th century. Indeed, in the books Bond himself once remarks that he is possibly related to the Knight. However, Fleming revealed shortly before his death a more mundane origin for the legendary name. In 1952, on Fleming’s estate in Jamaica, the author was trying to find a name for his character that sounded “mundane as possible” so he took the name from a birdwatching guide he happened to have on hand, naming the character after American Ornithologist Dr. James Bond. If not for Ian Fleming’s love of birdwatching, who knows what Bond would be called today.

2
Whose Ball is This? 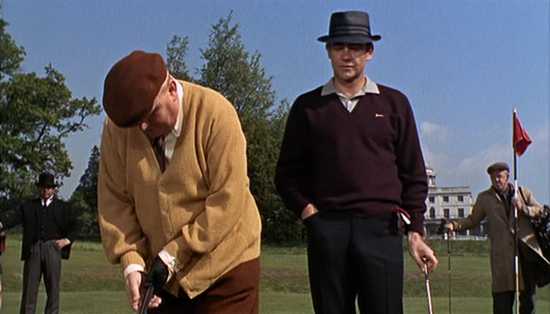 Legendary Bond actor Sean Connery’s last film before retiring was 2002’s “League of Extraordinary Gentlemen” where he played adventurer Allan Quartermain. Director Stephen Norington recalls playing golf with Connery (whom the cast and crew nicknamed “the big man” due to being one of the tallest men on set) when, at one point, both hit their balls into the same rough. Walking to the ball closest to the hole Norington got ready to take his shot, but recalled Connery insisted the ball was his. “How do you know?” Norington asked. “Pick it up!” Connery replied. Upon inspecting the ball Norington noticed they were custom monogrammed with “007”. 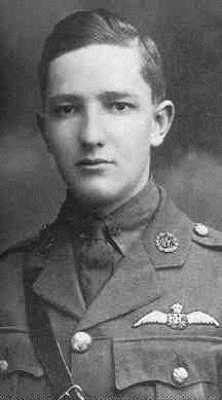 Over the years, many fans of the Bond novels and films have speculated about who, if anyone, Ian Fleming based the character and exploits of James Bond after. Some think it was British M16 Agent Bill Dunderdale, a close friend of Fleming’s who was know for his penchant for beautiful women and fast cars. Others think it was British WWII spy William Stephenson, better known to history by his code name “Intrepid” (pictured). A more believable theory is Bond is a reflection of his creator Ian Fleming, who was a globe trotting adventurer himself. Both Bond and Fleming preferred coffee to tea, smoked the same kind of cigarettes, were Commanders in the British navy, and many say they both had the same taste in women. The author himself never confirmed or denied any of these theories, but did insist he wanted Bond to be a fairly dull character personally, with interesting things happening around him. Fleming said he wanted Bond to be “an anonymous, blunt instrument wielded by a government department.”