Drugs are often seen as mind-enhancing agents, a temptation for anyone employed by their own mind, as any sort of creator. And while this may be true, a great many counter-cultural artistic movements and works are influenced directly by some sort of brain-altering toxin. But a drug isn’t always used for good, actually it seldom is. Some simply wish to separate themselves from their own miserable circumstances, or at least from the actualization. Whether for good or for bad, heroin, or at least some derivative of the poppy plant, has been in the artist’s repertoire for ages. Whether their usage has helped or hindered their product is for the subjective appreciator to determine. In any case, here are the top ten musicians who have chased the dragon, employing needles beyond the one in their turntables: 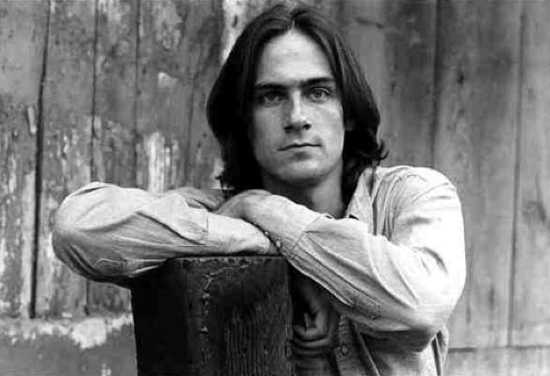 Taylor seems hardly the junky type, but his unmistakable mellowness does seem to fit the substance. His folky acoustic strumming and tranquil voice are a fantastic accompaniment to any drug-induce coma. And new meaning is given to songs like “Mexico,” where he may have gone to acquire such goods. 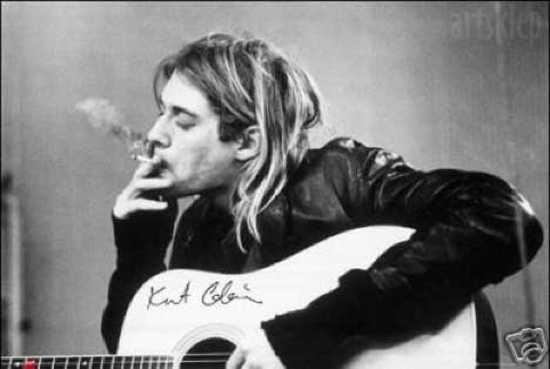 Cobain apparently took heroin to combat stomach pains. Most people just go with Tums. With Courtney Love to share a tormented rock romance like Sid and Nancy before them, the two fed each other’s addictions and miserable contemplations. Cobain had overdosed several times, some apparently indicating early attempts at suicide. When Kurt succeeded with a shotgun, Love somehow carried on, even if she did turn into a real dumpster-case – same went for her work with her band, the grossly named Hole (though it sounds like a fitting name for someone compelled to shove drugs where happiness doesn’t exist naturally). 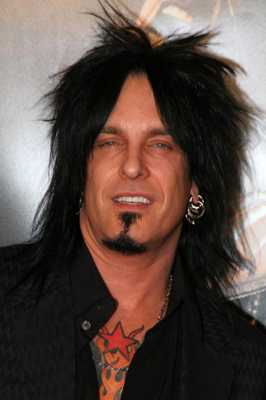 Here is a man who just won’t die. Sixx was declared legally dead for two minutes before he received two adrenaline shots to the heart (inspiration for the song “Kickstart to the Heart”). Shortly thereafter, he shot up again. Apparently his stubbornness came with no fatal consequences, which is rarely the case for heroin-addicted bassists in metal bands (and there have been many). Sixx played bass for the most hedonistic of ’80s hair metal bands, Motley Crue, with behavior to match songs titles like “Dr. Feelgood,” and “Piece of your Action,” not to mention “Bitter Pill.” He goes into graphic detail about his addiction in his autobiography, The Heroin Diaries, and the various ways in which he introduced foreign sludges to his bloodstream. 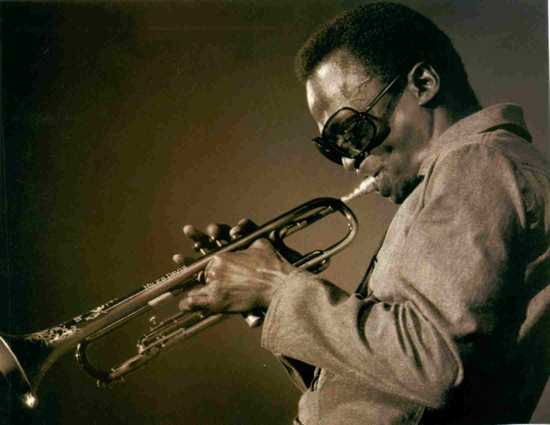 Jazz music and heroin go together like, well, the blues and heroin. Miles Davis, trumpet player and transcendent jazz innovator, was one of many hooked on the junk. However, while he was he put out some of his, arguably, best material, his so-called “Cool Jazz,” and thereafter he kicked the stuff cold turkey on his father’s farm. Jazz might have suffered from his decision, but his health sure didn’t. 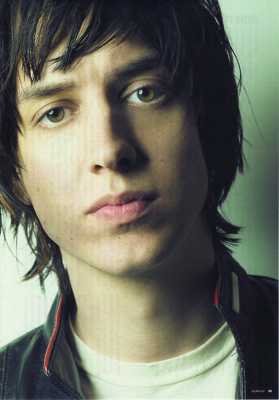 Admittedly heavily influenced by Lou Reed of the Velvet Underground, Casablancas was apparently influenced by his drug habits as well. The Strokes frontman, who offers a detached brand of coolness via his sedate vocals, channels the substance in his every under-sung lyric – just like Reed before him, as if he isn’t very interested in the task, even while tonality and emotion aren’t nearly as removed as he is. When he works up a howl, it provides a sharp contrast to his typically slouching posture, as if he suddenly woke up mid-song (listen to “Fear of Sleep” from First Impressions of Earth). You get the sense he only really did the drug for its “stylishness,” not so much as nihilistically as other, now dead, musicians we have seen. 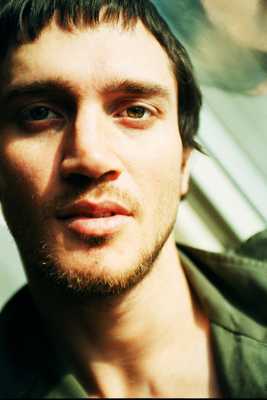 Not the first member, or even guitarist, from the Red Hot Chili Peppers to shoot up, but currently the last; his addiction is the reason Anthony Kiedis, Flea and the gang booted him from the band and went on to make an album with another guitarist. The first RHCP guitarist actually died from the stuff, and while the remaining members learned a valuable lesson from the experience, Frusciante sure didn’t, even while he may have let his substances guide him through the proliferation of great emotional guitar work. The new RHCP album, however, is a great testament to the fact that powerful rock doesn’t require powerful drugs. 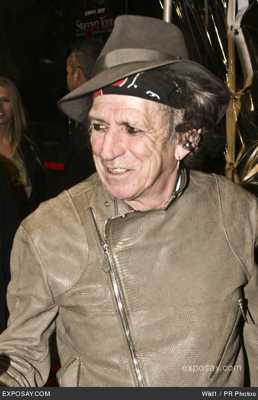 This man has had more chemicals in his body than a Rug Doctor, and one of the vast many was none other than heroin. His addiction and attempts to quit have interfered with recording sessions, such as that of Exile on Main Street, during which he would often find his way to the studio very late – when he did show – for trying to sleep off an addiction. 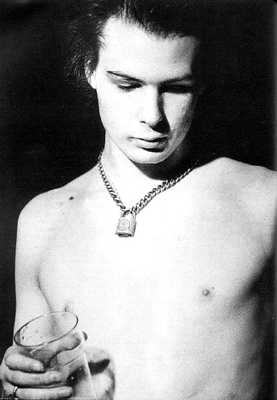 The poster child of a nihilistic generation, this poor excuse for a bassist played for the punk band Sex Pistols, that is when he wasn’t shooting up with girlfriend Nancy Spungen, former stripper and band groupie. They had an extremely volatile relationship, based on sex, drugs and rock and roll; love mostly synthesized. One needle-filled night things got especially out-of-hand when Vicious allegedly stabbed Spungen, an allegation Vicious couldn’t deny with certainty. Following her death, apparently unable to cope with guilt amongst all else, Vicious took a lethal dose of heroine – his last. 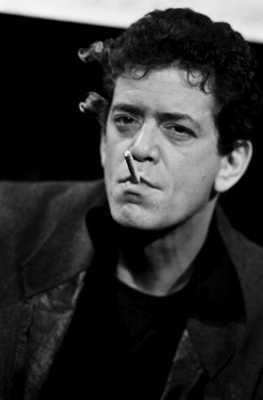 He wrote a song for the stuff (“Heroin”) in which he sings, “It makes me feel like a man/ When I put a spike into my vein/ And I’ll tell ya, things aren’t quite the same/ When I’m rushing on my run/ And I feel just like Jesus’ son.” Reed wasn’t very secretive of his drug habits. The song itself, through shimmering strings, builds up like a soothing body high until it climaxes and concludes rather drowsily. The song sounds like it was crafted by someone familiar with the effects of the drug. 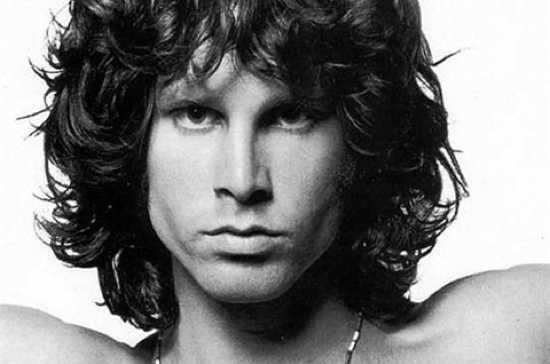 King of the Hedonists, Jim Morrison took virtually every substance known to man, and perhaps some not known. He was, after all, incredibly preoccupied with “the great unknown,” trying to achieve it with every mind-altering substance he could absorb. If excessive drugs consumption allowed him to lean in just past the threshold of a living reality, he got his wish to fully step through the doorway when he overdosed in a Parisian bathtub at the age of 27.