An architect is a designer whose capabilities are best exploited in a competitive environment. Over the past, various contests have been held around the world for designing many an important structure. These designs are unique in one way or the other, either being related to some big event, or subject to heated disputes, or intended, but never implemented. This list takes a look at 10 such designs, which are either existing buildings, or are proposed structures, or were simply never meant to be. 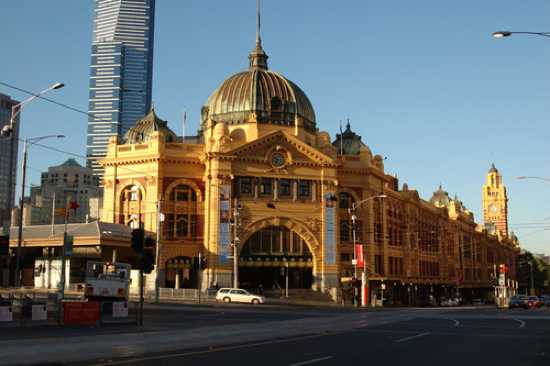 Flinders Street in Melbourne saw its first railway station, a collection of weatherboard train sheds, called Melbourne Terminus, in 1854. To do away with this makeshift construction, a worldwide design competition was held in 1899, which saw 17 entries. Interestingly, the contest was won not by an architect, but by two railway employees of the same railway station. They named their French Renaissance style design Green Light. 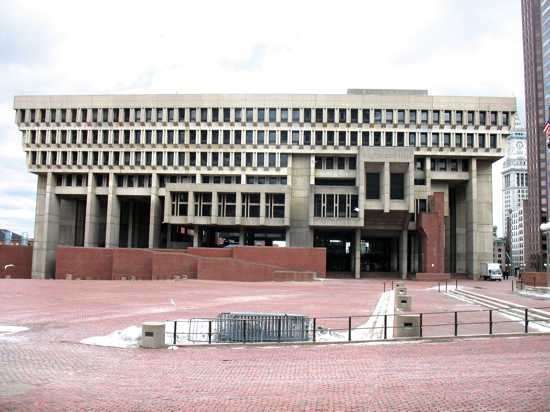 In 1962, a nationwide contest held for designing the headquarters of the municipal government of Boston saw the entry of 256 different designs. Out of these, the prize-winning entry was presented by a group of three Columbia professors, the theme of which revolved around civic monumentality. Even though it garnered praise the first time around, and was voted the “sixth greatest building in American history,” it was, and is, quite unpopular with Bostonians, who consider it a “dark and unfriendly eyesore.” 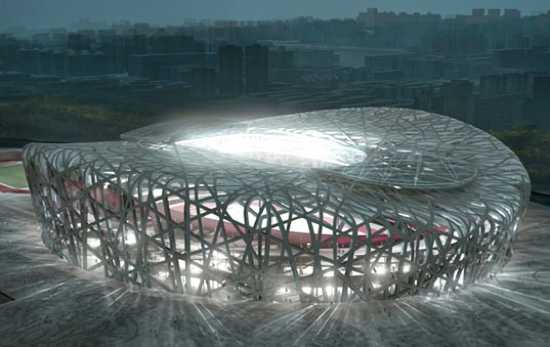 In 2001, even before it was awarded the rights to hold the 2008 Summer Olympics, a confident Beijing invited design entries from across the globe for a brand new National Stadium. A joint collaboration between Swiss architecture firm Herzog & de Meuron, China Architecture Design and Research Group (CADG) and artist Ai Weiwei presented its design, along with twelve more entries. Out of the final thirteen entries, the ‘Bird’s nest’ design won the contest, hands down, after it received two thumbs up, one from a professional panel and the other from the general public. In 2008, the year of its opening, it met with great success and the Bird’s Nest became the cynosure of all eyes at the Games. However, after the Games, it has somewhat lost its purpose after failing to attract major events, which has led the venue owners to mull over turning it into a shopping and entertainment complex in the years to come. This railway station, an important landmark in Helsinki, was built as a result of the growing popularity of the railways in the early 1900s. In 1904, Eliel Saarinen, father of to-be US architect Eero Saarinen, gave a winning entry for a contest held to design the new station. His design, a pure national romanticist design, which was picked out of a total of 21 design entries, was rubbished soon after demands of a more modern design cropped up in heated debates. Saarinen gave up the idea of romanticism and came up with an altogether new design, which was finished in 1909, and the station finally opened in 1919.

In 2011, Lithuanians were to become the proud owners of a unique museum. In 2008, three renowned architects gave their submittals in an international contest held for designing a Guggenheim at Vilnius, namely Massimiliano Fuksas, Daniel Libeskind (winner of the WTC rebuilding contest) and Zaha Hadid. Pritzker prize-winner, British-born Iraqi architect Zaha Hadid won the evenly matched competition for her unique “mystical object hovering over spindled artificial landscape strip” concept. On February 5th 2011, the Guggenheim Museum initiative passed over Vilnius and gave the honor, instead, to Helsinki. 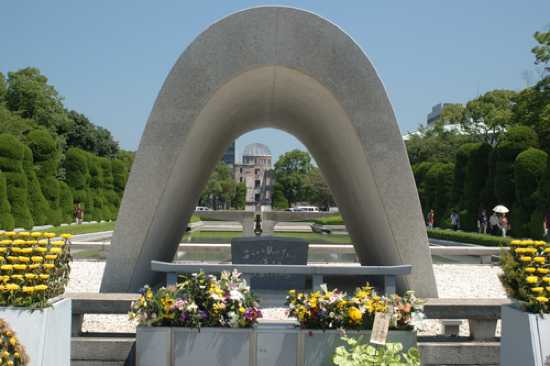 In 1949, four years after the bombing of Hiroshima city, an architecture competition for the design of a memorial park was held. Winner of the 1987 Pritzker Prize, Kenzo Tange won the competition, in which he envisioned the Peace Memorial Park as the city’s ‘spiritual core.’ The park remains as the most popular destination in Hiroshima for visitors from all over the world. 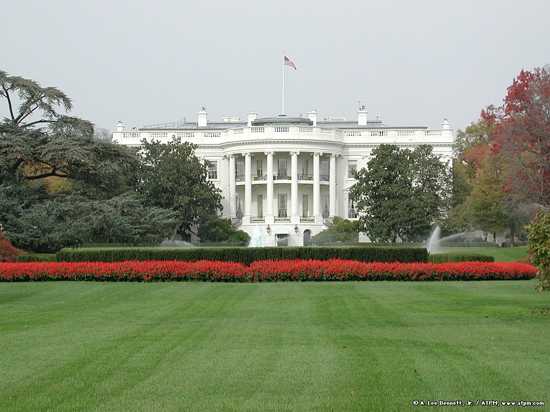 In 1791, when tragic architect Pierre L’Enfant drew out plans for the new capital of America at Washington D.C., the Presidential House was chosen to be the main feature of the planning process. A design competition saw nine entries being submitted, which also included a design by the third president to-be, Thomas Jefferson (though he submitted it anonymously). George Washington was quick to deliver his judgment and gave Irish architect James Hoban the green light to go ahead with his project. However, he did not entirely like it and added to it his own suggestions, in order to make it fit the bill for the President of the United States. But the first president never went on to inhabit it as his term ended in 1799, and in 1800 John Adams became the first one to reside in the White House. 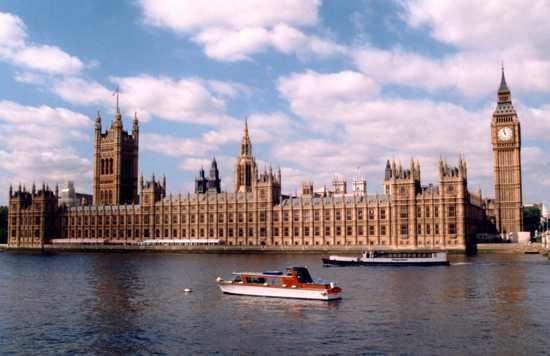 Originally the palace of the Kings of England in the 11th century, it became the house of parliament in the 13th century. A slew of fire incidents resulted in the setting up of a Royal Commission, which looked into the process of its reconstruction. At a time when neoclassical design was the flavor of the time, the commission decided to go on with a conservative Gothic style design amidst heated public debates. The commission invited proposals from architects and got 97 of them. Architect Charles Barry’s Gothic-style design was finally chosen to become, what is today known as, the Houses of Parliament. 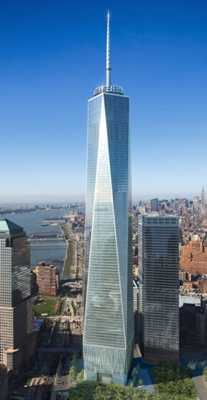 In 2002, the Lower Manhattan Development Corporation released designs for rebuilding the World Trade Center. The designs, which were thought too timid and unambitious evoked negative response from the public. A design competition was thus thrown open to all architects over the world. Polish-born American architect Daniel Libeskind’s Freedom Tower won the contest. Like his Jewish Museum, he used symbolism for emotional impact. The building’s height, 1776 ft, reflects the date of American independence, and a spire atop the building resembles the raised arm and torch of the Statue of Liberty.

Later another design competition was held, in 2003, for a memorial. This time the winning design, Reflecting Absence, was submitted by architects Michael Arad and Peter Walker. Furthermore, in 2006, British architects Norman Foster and Richard Rogers as well as Japanese architect Fumihiko Maki designed three additional glass towers which descend in height from Freedom Tower and, together with Freedom Tower, encircle the planned memorial. 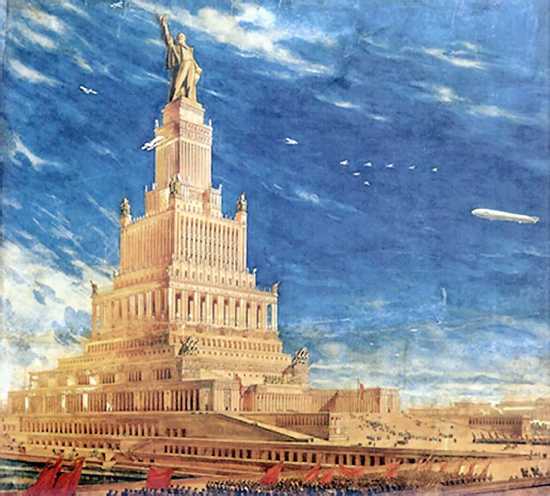 The newly formed Soviet Union decided, in 1922, to build a congress ‘palace’ which would serve as their administration headquarters. In February 1931, a contest was held for architectural firms, but failed to yield any result. On July 18th, 1931, a much publicized second contest was held, attracting famous architects like Le Corbusier. But for a conservative decision by the jury (of which Stalin was part), which caused an uproar amongst the avant-garde architects, unfortunately, this time too there was no clear winner. This was followed by two more rounds, which respectively invited fifteen and then five design teams. Finally on May 10th, 1933, Architect Boris Iofan’s neoclassicist design was chosen and he was declared the winner.

The Cathedral Church of Christ the Savior, which stood on the site, was demolished on orders of the Soviets and work began on the foundations, until war broke out in 1941, and work never resumed. Later, in 1958, the foundations were converted into an open air swimming pool, and, in the year 2000, life came to a full circle when the Cathedral was rebuilt at the very site.