The beauty of origami appeals to the eye as well as the mind. Designs using paper can yield both detailed sculptural works of animals and flowers.

They also employ powerful mathematical principles. Since the 1960s, modern engineering and design have been able to harness both the beauty and the power of origami techniques to introduce efficient alternatives that can be seen in many scientific disciplines today.

Zipper tubes can be used for natural disaster relief or emergency shelters. They were created by the amazing researchers at the University of Illinois, Georgia Institute, and University of Tokyo.

They are simply two zigzag pieces of paper glued together. Although a single strip of paper can be quite flexible, two pieces will interlock in a tube design. This provides a much stronger and resilient structure.

Materials that might be used for this design include paper, plastic, or metal. It can be as big as a house or microscopically small. The tubes can be made into shelters as well as buildings or bridges by combining geometric angles for every purpose.[1]

If someone accidentally swallowed a button battery, then this might just save their life. In 2017, there were 3,244 cases of ingested batteries—with almost 2,000 of those by children under age six.[2]

This origami design has a permanent magnet folded within and is swallowed inside an ice capsule. It is able to take medicine to specific locations in the body. A magnet is used to manipulate where the robot goes in the body, and the bot moves in a “stick-slip” motion. The protuberances can stick to a surface within the body and slip away with body movements. The device also moves around when in contact with stomach fluids.

The origami robot works by allowing the magnetic field outside the body to help process the battery through the digestive system before any harm comes to the person. Instead of paper, the origami design was made from dried pig intestines that are normally used in sausage casing.

This ingenious idea and design is the brainchild of researchers at MIT, the University of Sheffield, and the Tokyo Institute of Technology.

Space missions use nuclear fuel to power the technology to explore the galaxy. This energy source is not particularly economical and has a definite time frame until it is depleted. With space programs hampered by limited budgets to power missions, the ability to combine solar and nuclear energy would mean longer missions for less expense.

Shannon Zirbel from Brigham Young University has imagined a way of using the ancient art of origami to one day do this. Today’s solar arrays (panels) are made of rectangular pieces that fold out in space similar to an accordion. But their size and weight limit how large the arrays can be and, therefore, how much solar energy can be captured.

NASA’s Jet Propulsion Laboratory, Brigham Young University, and Robert Lang, an origami expert, have suggested a more efficient design based on origami principles. This could produce up to 250 kilowatts of power compared to the 84–120 kilowatts produced by the solar arrays on the International Space Station.

Based on the Miura fold, invented by Japanese astrophysicist Koryo Miura, their design opens out like a flower to expand into a large, flat, circular area. Simple designs that hark back to origami techniques are already in use in space exploration and research, but the team is constantly searching for more efficient methods of deploying space arrays for missions.[3] 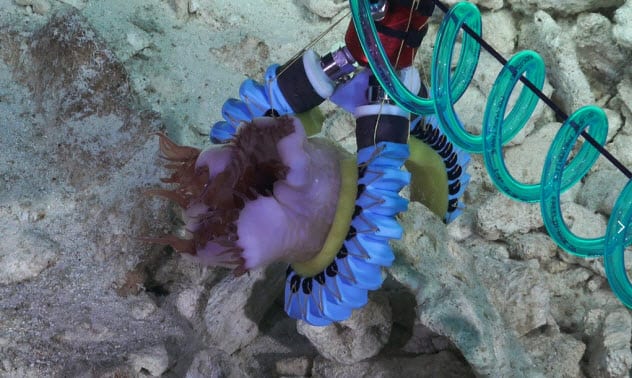 Robert Wood from Harvard University came up with an origami-inspired design to enable soft-bodied marine animals to be captured in deep-sea dives without harming them. The robot’s design had to be simple as a lot can go wrong at those depths, and there are no means to fix any problems without surfacing.

Wood settled on a five-arm feature of interconnected triangles and pentagons that fold together into a 12-sided compartment. Sea slugs, sponges, and corals could be easily captured using the grabber, which is animated by a single motor and attached to a robotic submarine.

In addition, the grabbers are all 3-D printed in mere hours. So you have the means to revolutionize the methods by which marine biologists conduct research at such inhospitable depths.[4]

Professor of mechanical engineering Larry Howell from Brigham Young University invented a bulletproof shield that was based on a folding pattern dating back nearly 100 years. Bulletproof shields used today can weigh 40 kilograms (90 lb) or more and only protect a single person at a time.

Using an old origami technique, Howell designed a shield that weighs only 25 kilograms (55 lb) and is wide enough to protect several people at once. Even better, the improved design can be easily folded into the trunk of a police vehicle.

The product needed some additional improvements to ensure that the thick bulletproof fabric could fold like paper. The engineers solved the problem by sewing rigid panels into the soft areas between the plates that then behaved like hinges.[5] 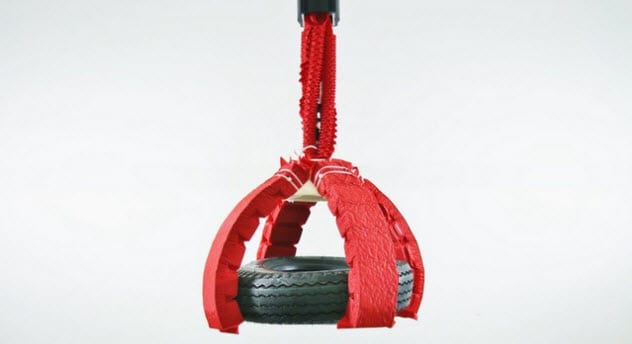 Researchers at Harvard University and MIT have designed origami-like artificial muscles that can lift objects up to 1,000 times their own weight. It is the equivalent of a duck being able to lift a car.

Using water or air pressure, these muscles have the strength that was missing from other soft designs that were also flexible and dexterous. They look like folded skeletons that are covered with fluid-filled sacs that collapse and contract like real muscles when a vacuum is applied. They can be used for space and deep-sea exploration as well as for miniature surgical devices or wearable robotic exoskeletons.[6] 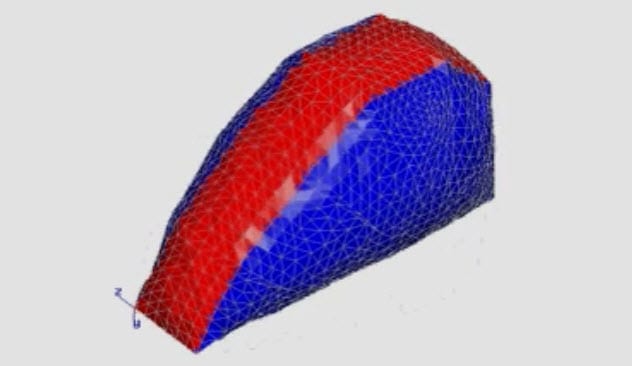 Robert J. Lang gave up his career as a prolific physicist and mathematician with NASA to devote himself to his first love—paper folding. Lang was employed by German engineering company EASi Engineering to help with the design of an airbag using origami techniques.

During a crash, an airbag must fully inflate in only milliseconds. It also needs to be firm enough to stop an accelerating person from injury while cushioning them. Computer simulation of the design is critical, and inventors must be experts in thermodynamics, engineering, physics, and geometry.

Origami begins with a single sheet of paper where polygons can be folded into a design, but an expanded airbag looks nothing like a sheet of paper. Lang used an algorithm called the “universal molecule” to create an airbag with polyhedral facets which could fold into a small space and then open into a device that would protect drivers and passengers without causing damage on impact.[7]

The math and magic of origami | Robert Lang

A stent is a flexible tube design that can be folded into a tiny structure, inserted into problem areas in the body, and then expanded. Esophageal stents are used in the gastrointestinal tract to treat cancers found in the bile duct and esophagus.

This is vital as many of these cancers are inoperable and do not respond to conventional treatment. These stents can instantly allow the patient to swallow. They restore bile flow and often make hospital admission unnecessary for the affected individual.

Zhong You from Oxford University developed a heart stent based on the techniques of the origami “water bomb base” that expands in a similar way to the popular expanding origami boxes. Made of plastic materials, it is small enough to pass through a catheter. Once in position, the stent can be inflated to open up arteries.[8] 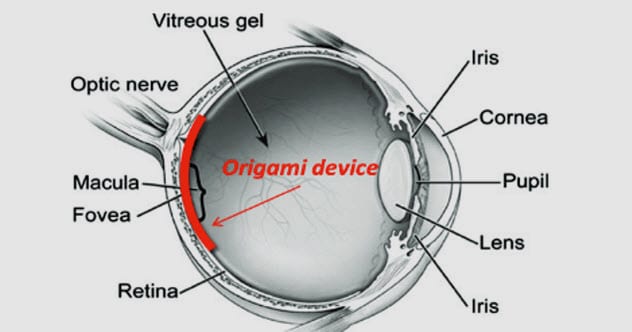 Sergio Pellegrino, a researcher at the California Institute of Technology, has developed a retinal implant inspired by origami that creates a 3-D structure from a 2-D one, a concept vital to this amazing design. The implants are constructed from 2-D parylene-C film and transformed into 3-D spherical structures to help those with retinitis pigmentosa and age-related macular degeneration.[9]

These conditions result in the loss of photoreceptors that respond to light. The elastic design accommodates a variety of retina sizes and allows for many electrodes to be placed near the retina to relay electrical signals from a camera placed near the eyeball. The device can be built flat to keep costs down. 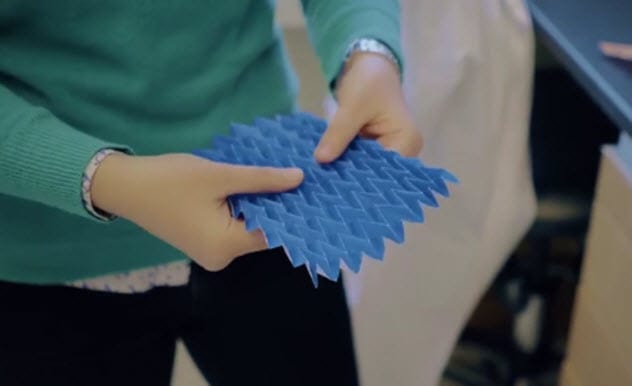 Katerina Mantzavinou, a PhD student at MIT, worked on implants for delivering even doses of chemotherapy to patients whose cancers had spread to their abdomens. The surgeons and oncologists collaborating with her team explained that a sheet design would be better than the existing tube model to increase the surface area reached by the drug.

Having had some experience using origami designs in biomedical engineering, she realized that the tools had to be narrower than 1 centimeter (0.4 in) to reach the area. They also needed to unfurl in the body.[10]

Stretchy polymers containing the drugs were used to create the folding patterns that were then 3-D printed. Due to her prototypes, Mantzavinou won the MIT Koch Institute image award for 2018. She is currently researching how to make the prototypes thinner to fully realize the design.

Alexa is a writer based in Dublin, Ireland.