Most book lists on this and other sites contain the usual suspects, but I think by now everyone who wants to read Haruki Murakami or Thomas Pynchon, already has. Moreover, most of these lists tend to focus on American and British literature, whereas the world is bigger than that. And last but not least: who needs realism if you can have books that create a surreal and absurd world? That’s why I’ve created this list of 10 books written by non-English authors that can be called either experimental or offbeat. No worries for the non-polyglots: all the books on this list have been translated into English. 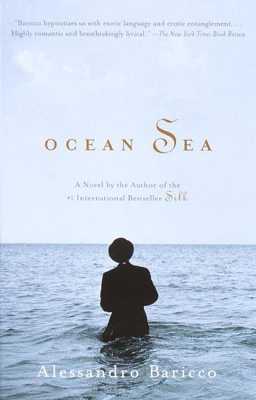 Alessandro Baricco is an Italian author, who is most known for his very small novella ‘Silk.’ He is often called the successor of Italo Calvino, and though that comparison isn’t exactly right, it gives at least a vague guideline of what to expect. I always think of his novels as disturbed Disney movies, and especially ‘Ocean Sea’ fits that description. In a small seaside town, professor Bartlebloom is trying to find out where the sea ends. There is also a painter who only paints the ocean, using water of the ocean as paint. And then there is this girl suffering from a mysterious illness. All characters stay at the same inn, and all look at the sea for answers. 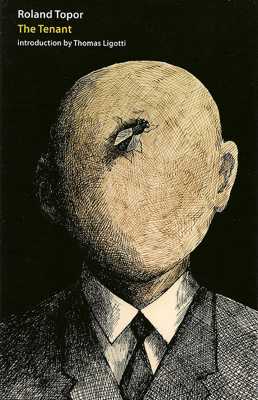 Roland Topor may not ring a bell, but the 70s movie ‘The Tenant’ by Roman Polanski is perhaps better known. It was based on a novel by Topor and tells the story of a Polish file clerk who rents a room in Paris and soon discovers that the previous tenant has tried to kill herself. Furthermore, his neighbors act really weird around him. Topor, a French artist, was perhaps even more known for his illustrations. His short stories are also very enjoyable, especially a morbid funny story about a school bus that crashes and kids who throw their limbs through the bus.

8
Andrey Kurkov
Death and The Penguin 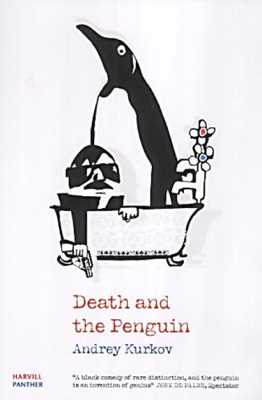 Penguins – who doesn’t love them? Victor, the main character in ‘Death and the Penguin,’ does and when the zoo in his hometown decides to give away animals because they can no longer feed them, he takes home a depressed pet penguin. From this point the story turns into a twisted crime novel. Victor writes obituaries for living people, but soon finds out that all the people he writes about die. That’s all I can tell, but there is a reason why Kurkov is the most successful Ukranian author at the moment. And it’s not just the penguin. 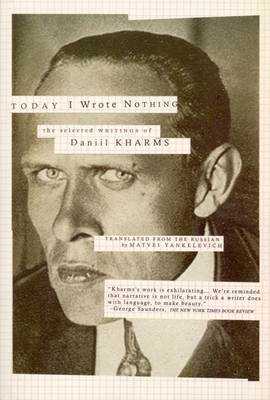 Being a writer in a communist regime must feel like being a dwarf in a country of giants. Russian Daniil Kharms was even more unlucky, because his fondness of absurdism and the avant-garde, had to be hidden. Social realism was the only literary genre the Soviet regime allowed. Luckily Kharms discovered that he had more freedom if he turned to children’s literature. Kharms hated children by the way. Still, more interesting are the small stories or ‘scenes’ he wrote in secret. Most of them have no real plot and are just absurd, but his use of language makes it very interesting to read. One of my favorite stories is called ‘Falling Ladies,’ and can be read here.

6
Vladimir Nabokov
Invitation to a Beheading 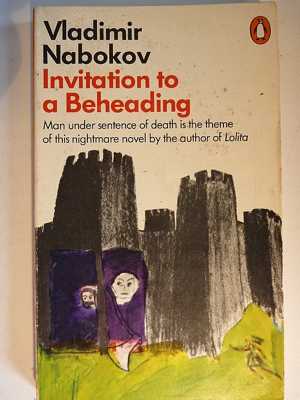 Another Russian writer, although he is more known for his American novels. Lolita is quite an off-beat book because of its theme, but ‘Invitation to a Beheading’ is even more eccentric. The novel tells the story of Cincinnatus C., who is awaiting his execution in a big prison without any fellow prisoners. He is accused for some vaguely defined human trait he has. What follows is a novel that somewhere was described as “Franz Kafka meets the Marx Brothers.” Cincinnatus gets visits from the prison ward all the time and when a fellow prisoner occupies the cell next to him, things get really weird (and funny). The story quite resembles ‘The Trial’ by Kafka (though Nabokov said he hadn’t heard of the Czech writer back then). 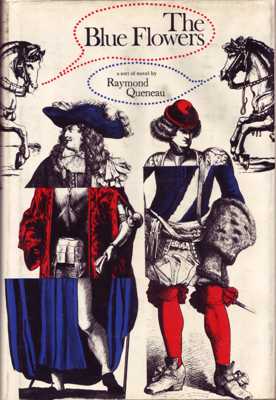 The French author Raymond Queneau was a member of the Oulipou-movement, a group of writers who believed in constraint literature. They imposed all kinds of rules on themselves while writing, the most famous example being ‘A Void’ by George Perec, a novel without the letter ‘e’. ‘The Blue Flowers’ isn’t stylistically restrained, but the novel does follow a very peculiar story line. It follows the idea that if you dream you’re a butterfly, it could also mean that the butterfly dreams it is you. In the novel we meet The Duke of Auge, who lives in the Middle Ages, and dreams he is Cidrolin, a French man living on a boat in the 1960s. Cidrolin however, dreams he is the Duke of Auge. Although they live in a different time, their stories are woven together. 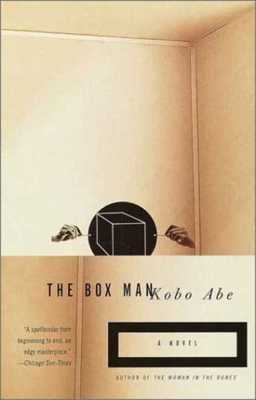 Existentialism – I love it. The Japanese author Kobo Abe is often referred to as the Japanese Kafka, so it’s not hard to figure out what to expect. In ‘The Box Man,’ we meet a man who wears a big cardboard box over his head. He walks through the streets of Tokyo this way, while scribbling his thoughts on the inside of the box. He is destined to lose his identity. In the meanwhile he describes the reality outside of the box. There is a man with a rifle who is determined to shoot the box man, and a doctor who wants to become a box man himself. As the novel progresses, the reader kind of starts losing his identity as well. 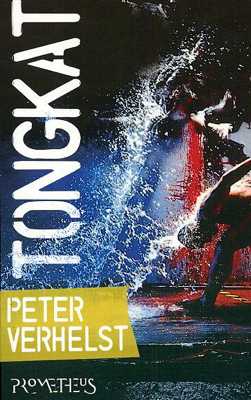 The second Belgian on the list, this time an author from the Flemish-speaking part of the country. Peter Verhelst’s ‘Tonguecat’ won the biggest literary prize in Belgium and he is a very respected author, although his novels aren’t always that accessible. In ‘Tonguecat’ he takes mythology and turns it into something very dreamlike. The book contains a lot of stories that, for example, involve minotaurs who aren’t half man half horse, but half man half motorcycle, and the prostitutes in Tongecuat don’t sell their bodies but stories. The subtitle of the book is “a story brothel.” But the most interesting thing about Verhelst is the language he uses. It’s like an hybrid form between poetry and prose. 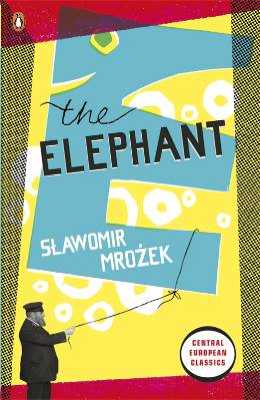 Slawomir Mrozek, again, is a writer who had to survive in a communist environment, and used absurdism as a sort of criticism against the regime. That’s why in the story collection ‘The Elephant,’ we read about people who have a revolutionary as a pet and about a zoo keeper who replaces a dead elephant with an inflatable one. But the funniest story is the one about a boy who asks his uncle what a giraffe looks like. Because the uncle only reads books on Marxism, he cannot answer that question. The nephew can only conclude that giraffes don’t exist, since Marx hasn’t written about them. That kind of anti-Soviet humor.

1
Boris Vian
Foam of the Daze 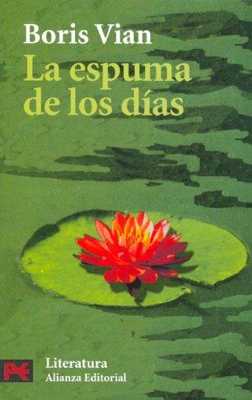 Before I came up with this list, I already knew what would be my number one. Boris Vian is one of my favorite authors, although he is also known for his music (he was a French jazz artist). His novels are very surreal and jazz is a recurring theme. In ‘Foam of The Daze’ we meet Colin, a rich man who has invented the pianocktail, a piano that mixes cocktails if you play certain melodies. When he meets Chloé, he falls madly in love and they marry a little bit later. Alas, their love doesn’t last that long, cause soon they find out that Chloé suffers from a lily in her lung, a deadly disease. At the same time, Colin’s friend, Chick, stars losing control in his obsession to obtain all the works of philosopher Jean-Sol Partre, and the absurd world they live in responds to the growing gloominess of its characters. Did I mention one of the characters is a mouse? Michael Gondry is working on a movie adaptation! 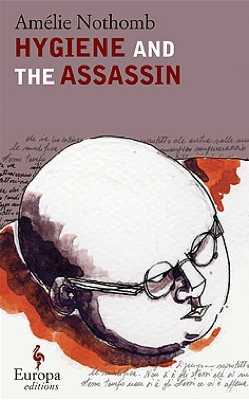 Amélie Nothomb is a Belgian author, writing in French, with a very big fan base in France. She publishes a book a year. Although her latest books are quite sloppy and not very inspiring, she has produced some quite original novels in her early years. Her debut novella ‘Hygiene & The Assassin’ is one of those books. When the world-famous author Prétextat Tach announces he’s dying – of a fictitious disease – all journalists are dying to have a last interview with him. Too bad Tach is an evil man, who succeeds in humiliating all of them. But then a female journalist enters the game, and the confrontation between the misanthropic writer and the determined reporter turns into a brutal clash.