Prince of Orange I

The Human Development Index (HDI) is a composite statistic used to rank countries according to their development levels from “very high” to “low.” Countries are placed based on life expectancy, education, standard of living, child welfare, health care, economic welfare, and population happiness. Formulas are used to factor all the variables and determine the scores of countries. Critics have cited the HDI as inaccurate or vague, but coming up with top ten highly developed countries list on my own opinion would have been very subjective and probably badly ranked. Thus, I have simply listed the first ten countries on the HDI and displayed their scores, while providing explanations. Enjoy. 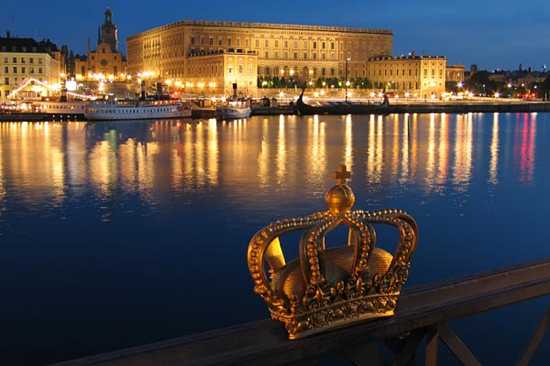 The socialist and largely liberal European country of Sweden (officially the Kingdom of Sweden) is led by Prime Minister Fredrick Reinfeldt and is about the size of the US state of California (or Spain if unfamiliar with the CA) and has an approximate population of 9.3 million with the capital and largest city being Stockholm. The Swedish people are rated as one of the happiest in the world and have high marks in income ($35,876 GDP per capita, and a regular GDP of $485 billion), life expectancy (80.9 years), and education. In addition, the country has very low unemployment and poverty rates, has equal and free access to health care, and has been one of the most active supporters of environmental sustainability today and pushes for other countries to “Go green.” Sweden also serves as a major tourist destination for millions of international travelers, as the country has a long and rich history. 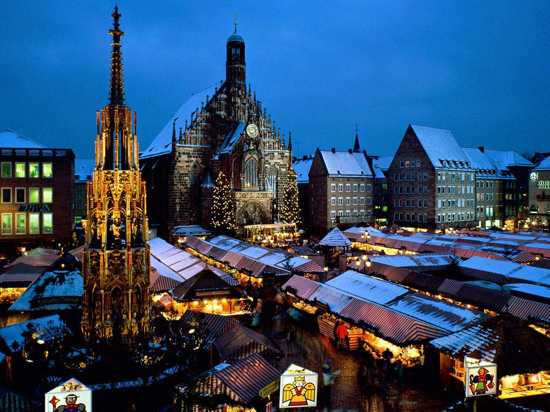 The Federal Republic of Germany, or Germany, has the largest economy in the European Union, and one of the largest populations at 82.2 million, as well as its bustling capital and economic center of Berlin. Chancellor Angela Merkel is the head of a government with a people of very high education standards, with a nearly 100% attendance rate and 99% literacy rate. Germany thrives in industry and manufacturing and is a major exporter of electrical and engineering products, such as cars (Volkswagen anyone?), and are renowned globally for their skilled work force. The GDP is $3.5 trillion and GDP per capita is $40,631, and poverty rates are low, although the unemployment rate is about 7%. Germany also, like Sweden, is a prime tourist destination for its historic beauty, and the wonderful people (aside from Adolf and the Nazis back in the 1930-40s) have a life expectancy of 79.4 years. 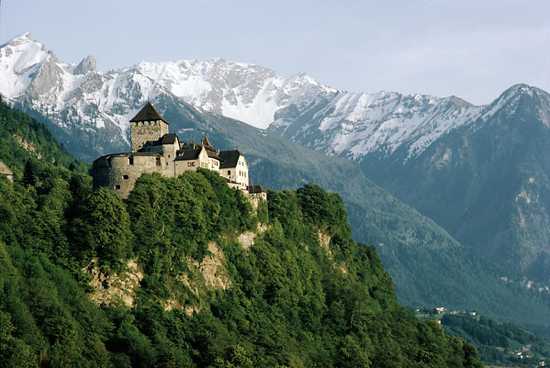 The Principality of Liechtenstein is one of the smallest and least populated countries in the world, with a landmass of just 160 square kilometers (62 sq miles, about the size of Washington, US) and a population of 35,000. Even so, this parliamentary democracy manages to have one of highest GDP per capita’s in the worlds ($141,000) and has virtually zero debt, poverty, and unemployment rates, while having prominent literary and education ratings. Liechtenstein has very low taxes imposed on its citizens and is a center of investment from countries and the wealthy. If ever feeling the desire to travel to this rather interesting country, visit the capital of Vaduz, where you can view the huge Vaduz castle, home to the prince and his family, while also getting acquainted with the city’s 5,100 inhabitants. 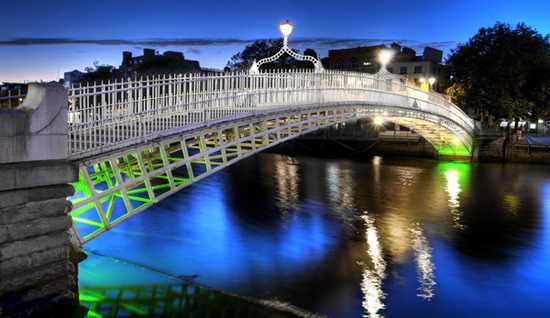 The Republic of Ireland has a relatively small population of 4.5 million, is a parliamentary democracy, and its capital is Dublin. Ireland has a very high literacy rate of 99% and high education standards, as well as a strong life expectancy of 78.9 years. It also has a well balanced infrastructure, with a GDP of $203.89 billion and a GDP per capita rate of $45,497. The country is ranked #7 for its press freedom, economic freedom, and political freedom it offers to the public. Ireland was in the process of rapid economic growth and development when the global recession began in 2008. Ireland than experienced negative GDP and accumulated massive debt, being rated as one of the five European “P.I.I.G.S.” (Portugal, Ireland, Italy, Greece, and Spain) and losing two points on the Human Development Index Scale. Still, the Taoiseach (or Prime Minister) Enda Kenney is collaborating with EU leaders (France and Germany) to relieve this problem and continue developing forward. 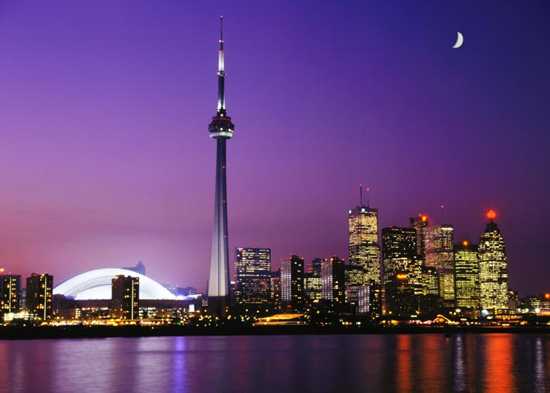 Canada is, geographically, the second largest country next to Russia and shares the longest international border in the world with the United States. Canada is governed by a parliamentary democracy and a constitutional monarchy and keeps it ties with the United Kingdom close, being one of the few countries with two anthems (“O Canada,” the national anthem, and “God Save the Queen,” the Royal Anthem) with Queen Elizabeth II being the Head of State. The country is very economically advanced with a GDP $1.758 trillion and GDP per capita of $51,147. It has an intelligent population with high education and literacy rates, and a large percentage of the population is even bilingual or trilingual (English and French are the official languages, but Spanish doesn’t hurt). Canada is known for its free health care system (on top of an 80.7 life expectancy) and poses minimal taxes on the 34.7 million inhabitants. And of course, it is a great tourist destination, as you can visit the world-renowned waterfall of Niagara Falls, or the capital of Ottawa, or maybe even the historical landmarks at the largely French-rooted city of Quebec. 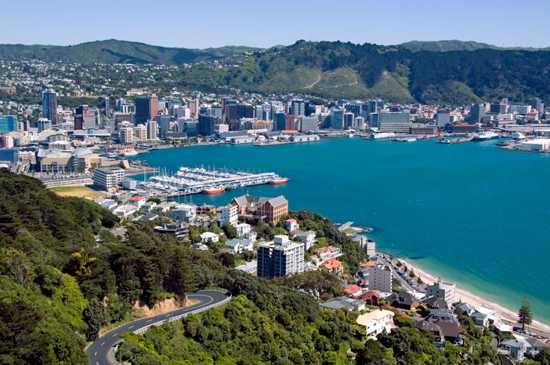 New Zealand is a small and relatively remote group of islands and was one of the last islands to be discovered and settled by humans. Thus, it contains a beautiful landscape and flourishing animal life and biodiversity that attracts flocks of tourists annually. New Zealand is a parliamentary constitutional monarchy that also recognizes Queen Elizabeth II as Head of State and in their national anthem, while John Key is the Prime Minister. New Zealand has one of the highest living standards and happiness ratings in the world, and tends to be a strong advocate for peace and environmental sustainability, banning nuclear weapons and protecting its diverse wildlife. The country’s GDP is $157.877 billion dollars, with a GDP per capita of $35,374 for its population of about 4.3 million. Its education, literacy, and health standards are all very high with a life expectancy of 80.2 years (keep on living, Jamie). Of course, New Zealand is a hot spot for travelers looking for beautiful topography and biodiversity, and while you’re there you can stop by the wonderful city where Jamie came from: Wellington (pictured). 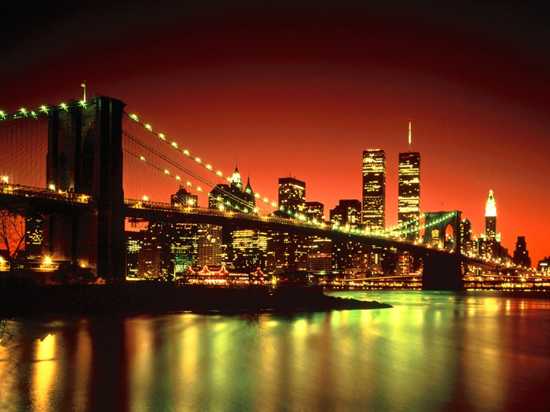 The United States came a long way from its beginnings in 1776, beating the British in the American Revolution (with a lot of help from the French) and declaring its independence, and now, after removing the Native Americans, fighting a Civil War, dealing with the Great Depression, and engaging in two World Wars, the US has emerged as the most powerful country in the world, with a GDP of $15 trillion (the largest in the world) and a GDP per capita of $48,147. The US is a representative democracy (republic) and a manufacturing giant and a major importer and exporter of goods and a trading partner with every major country. The US is one of the most ethnically diverse countries in the world (the state I live in, California, has a 50% Asian, Latin American, and African American population, out of almost 40 million people.) However, all this aside, the US loses points because, out of a population of nearly 315 million, there is a 15% poverty rate, 9% unemployment average (and in some states up to 14%), and international critics argue that American education standards fall behind the rest of the world. Also, the US loses points in health because, while life expectancy is relatively high at 79 years, obesity rates are skyrocketing, with up to 33% of adults at obese levels, and similar rates for children. On top of all this, America is spiraling through massive debt and dragging other countries down through the decrease of trade caused by the global recession. With 2012 elections looming, we’ll see how President Barack Obama will tackle these issues if he is reelected. 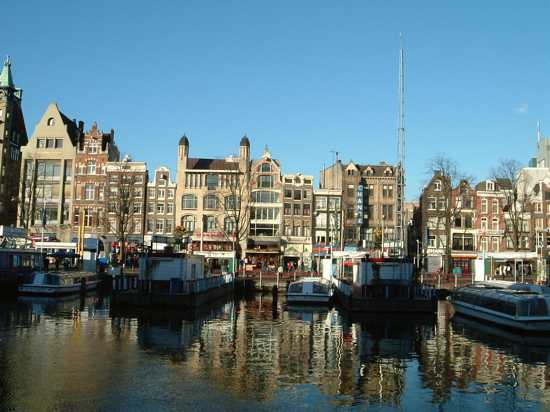 Also known as the United Netherlands or Holland, the Netherlands is a constitutional monarchy, while also being a representative democracy. The Netherlands has very high educational and literacy standards, while having low poverty and unemployment rates, and is led by its Prime Minister Mark Rutte. Throughout its history, the Netherlands was one of the key founders of the EU, NATO, OECD, AND WTO and is a called the “world’s legal capital,” hosting five international court systems. The country’s GDP is $832.160 billion and has a GDP per capita of $49,950. In May of 2011, the Netherland’s 16.7 million people were ranked as the happiest in the world, with a stable economy, guileless government, low taxes, beautiful cities such as the capital of Amsterdam, and a healthy life expectancy of 79.8 years. 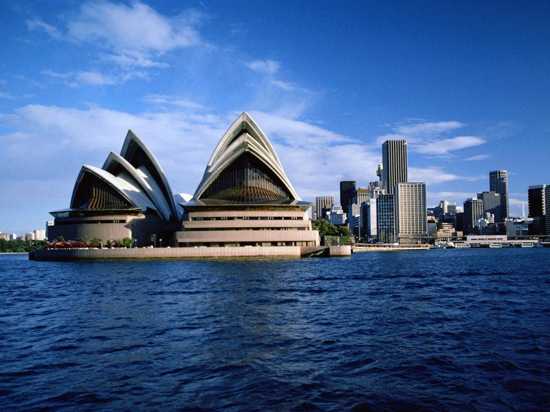 Officially the Commonwealth of Australia, this island/continent has the world’s 13th largest economy, with a GDP of $918.978 billion, and the 5th highest per capita of $40,836. Australia is a federal parliamentary constitutional monarchy with some of the highest rankings in the world in the categories of quality of life (the people are very happy), health, education (nearly a 100% literacy rate and extremely high percentages of enrollment and college graduates), economic freedom, and finally civil liberties and protection of human rights. The 22.7 million inhabitants enjoy a country striving for a stable government, content citizens, peace, and sustainability and protection of wildlife and biodiversity (of which Australia has a lot of), and a life expectancy of 81.2 years. Of course, Australia is a fantastic place to visit and experience its rustic wildlife and beautiful cities such as Sydney. 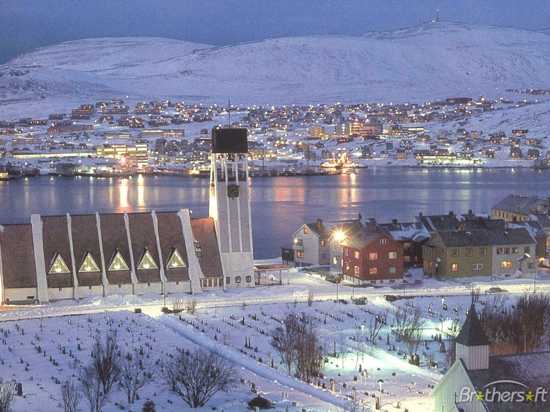 And #1, crushing the runner up by almost double the rating is Norway, or the Kingdom of Norway. This country of almost 5 million is a parliamentary constitutional monarchy with extremely high education standards and a very low poverty and unemployment rate, with a life expectancy of 80.2 years. Norway was a pivotal founding member of NATO but rejected joining the EU, but continues to have good relations with neighboring European countries. Norway is also a founding member and now huge donator to the United Nations as well as helping found the Council of Europe, and is an active member of WTO and OECD. Norway has one of the largest reserves of petroleum, natural gas, minerals, lumber, seafood, freshwater, and hydro-power in the world and is a major exporter of oil. Norway is internationally recognized for its universal health care, advanced schooling systems, and a distinguished social security system. For all these reasons, the Kingdom of Norway ranks number one on the United Nation’s Human Development Index.