Say what you will about mother-in-laws, there hasn’t been a joke or horror story that hasn’t been told. But who says all mother-in-laws have a bad reputation? Some mother-in-laws deserve a bit of a bad rap. There is British mother-in-law Heidi Withers whose nasty email to her soon to be daughter-in-law went viral or the legal battle between mother-in-law Ruth Zafrin and her comedian daughter-in-law, Sunda Croonquist, who sued her over too many jokes about their family. Your mother-in-law raised your spouse and made them the person you feel in love with. mother-in-law Kristine Casey saw her in-laws suffering and gave birth to her own grandson in 2011. Here is a list of real life mother-in-laws and their tales of support, determination, love, possessiveness and occasionally, fear; a list that is hopefully of interest due to mother’s day being just around the corner.

“The awe and dread with which the untutored contemplates his mother-in-law are amongst the most familiar facts of anthropology.”
James George Frazer (1854 – 1941) Scottish social anthropologist

“Look,” said Naomi, “your sister-in-law is going back to her people and her gods. Go back with her.” But Ruth replied, “Don’t urge me to leave you or to turn back from you. Where you go I will go, and where you stay I will stay. Your people will be my people and your God my God. Where you die I will die, and there I will be buried. May the Lord deal with me, be it ever so severely, if even death separates you and me.” When Naomi realized that Ruth was determined to go with her, she stopped urging her. – Ruth 1: 15-18

“Coffee Talk with Linda Richman” was a Saturday Night Live sketch by Mike Myers (1991-1994) in which Myers played a exaggerated version of his own real life mother-in-law. Sketches featured discussion topics, call-ins from fans and a bit of Barbra Streisand obsession. Richman would start conversations with topics including, “Ralph Fiennes is spelled neither rate nor fines. Discuss.” and “Rhode Island is neither a road nor is it an island. Discuss.”, all while throwing in Yiddish phrases and references. The real Linda Richman wrote a book “I’d Rather Laugh: How to Be Happy Even When Life Has Other Plans for You” in 1998 and founded Hidden Talents casting and directing company. Richman was also in the audience the on February 22, 1992 when Barbra Streisand made a surprise appearance on the “Coffee Talk” sketch. Streisand is an idol to the real and fictional Linda Richman.

You may want to pay attention – this one gets a little complicated. In 1989, Bill Wyman, 52, the bassist for the Rolling Stones married Mandy Smith. 18. They were married until 1993 after Patsy Smith, Mandy’s mother, gave her full consent to the May-December romance. That same year, Mandy’s mother Patsy Smith, 49, married Stephen Wyman, Bill’s 31 year old son. That makes Patsy Smith the Mother-In-Law and Daughter-In-Law of Bill Wyman. This bizarre Mother-In-Law pairing would not last however as Bill and Mandy divorced in 1993 and Patsy and Stephen’s marriage ended in 1995. This video shows the start of it all – the wedding of Bill and Mandy.

Dimple Kapadia is an Indian film actress and noted sex symbol. Her family spans several generations of actors. Known for her debut film Bobby (1973 film), the second top grossing film of the decade, which started the Bollywood trend of rich teen/poor teen romance films. Dimple Kapadia won her first of her four Filmfare Best Actress Award in 1974 (in the only tie in Filmfare history). Later films include Kaash (1987), Drishti (1990), and Rudaali (1993). She married actor/ producer Rajesh Khanna and had daughters Twinkle and Rinke with him. Daughter Twinkle would marry Bollywood star Akshay Kumar in 2001. Kumar has won two Filmfare Awards and is known as the “Indian Jackie Chan”. He has a good relationship with Dimple; both have praised each other for their work and throw lavish events in honor of their family. This clip shows Kumar praising the women in his life: his mother, his mother-in-law and wife for their support around 1:25.

As the leader of China from 1861 until her death in 1908, Cixi was a ruler for 47 years. Her position in history is controversial, she is either considered responsible for the fall of the Dynasty (which occurred in 1912 after her death) or a mere victim of a culture change she had no control over. Regardless, for this woman to rise from imperial concubine to powerful Empress is remarkable. Her son, Tongzhi, married in 1872 the Empress Jiashun Alute, the granddaughter of Cixi’s sworn enemy. This mother-in-law combination was not a good match. Alute was said to have stated, “I am principal wife and empress, having been carried through the front door with pomp and circumstance, as mandated by our ancestors. The Empress Dowager Cixi was only a lowly concubine, having entered this house by the side door.” Tongzhi was an inept ruler who was known to frequent Beijing’s brothels and died, allegedly, from syphilis in 1875. Cixi’s daughter, Empress Xiao Ding Jing, would succeed her mother. She is most famous for abdicating the empire on behalf of her six year old son, Puyi, the Last Emperor. Here is a clip from the 1987 movie of the same name.

Internationally acclaimed fashion designer, Diane von Fürstenberg is most noted for her iconic wrap dress. Born Diane Halfin in Belgium, married Prince Egon von Fürstenberg in 1969 and had two children, Alexander and Tatiana. Alexander married Alexandra Miller in 1995. Diane and Alexandra began collaboration as she joined the design team of her mother-in-law becoming the image director for DvF. Alexandra assisted in the wrap dresses revival in the 1990s. She is currently the President of Alexandra Von Furstenberg, LLC. While both Diane and Alexandra are both now separated from their husbands, their collaboration in the fashion world has not slowed.

Married to Sigismund I the Old she became Queen of Poland in 1518. Her only surviving son, Sigismund II Augustus, became her focus. Sigismund’s first marriage was to Elisabeth of Austria and caused a rift between Sigismund and his mother. She was gravely ill and her husband spent their short marriage having an affair with Barbara Radziwiłł. Upon his first wife’s death, Sigismund married Barbara. This match caused great turmoil amongst the nobles and especially his mother. It was noted that the King approved of the match, as his son was in love with Barbara. However, Bona was deeply troubled by his marriage. Five months after Barbara’s coronation, she was dead, supposedly poisoned by Bona Sforza. Barbara’s death would inspire the Faust- like Polish folklore tale Pan Twardowski and several works of art.

Marian Robinson, also known as “First Granny” is a resident of the White House as the Mother-In-Law of President Barack Obama. Born Marian Lois Shields, she married Fraser Robinson in 1960 and had children Craig Robinson (Oregon State University’s head basketball coach) and Michelle Obama. She is the first live in mother-in-law to live in the White House since President Eisenhower’s mother-in-law. Formerly a secretary at Spiegel catalog, the widowed Mrs. Robinson remains active in her retirement, participating in the Senior Olympics in addition to being caregiver to Sasha and Malia. She is the bedrock of the Obama family. 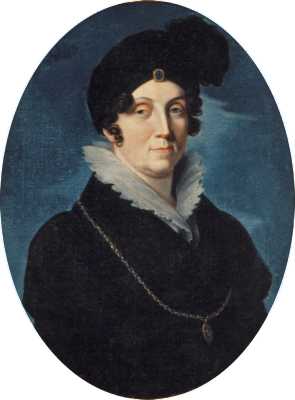 Through her marriage to Charles Louis, Hereditary Prince of Baden, Amalie became Hereditary Princess of Baden. Noted for her wit and intelligence, she was a devoted wife and mother, and subsequently, an invested mother-in-law. As the mother of eight children and six daughters, she was known as “Mother-In-Law of Europe”. Marquess Amalie of Baden children were noted for marrying into notable royal families. Friedericke became Queen of Sweden after marrying Gustaf IV Adolf and Maria married the Duke of Braunschweig. Daughter Louise was married Alexander I of Russia. While Louise’s grandmother-in-law adored the young princess of Baden, Alexander I mother, Maria Feodorovna, did not share these warm feelings. However, their in-law relationship is for a later topic.

As Queen consort of King Henry II of France from 1547 until 1559, Catherine de’ Medici was a force to be reckoned with during her sons consecutive reigns. Having eleven children, seven of whom survived to adulthood, Catherine was destined to become a mother-in-law to many. However, her children, and their spouses, were not immune to Catherine’s will. She forced daughter Marguerite to marry the Protestant Henri de Bourbon,Henry IV of France, to better her status. Catherine’s hatred for her daughter’s mother-in-law, Jeanne d’Albret, might have lead to her untimely death. Rumors spread that Catherine poisoned Jeanne with perfumed gloves. This union caused greater strife among her people and set off the War of the Three Henries. Another famous in-law would include Mary, Queen of Scots. She was praised by everyone at the French court. Everyone, of course, except Catherine. Her marriage to Catherine’s first child, Francis II of France, was short lived and his death devastated Mary. Catherine was said to have insisted that Mary return her jewels and return to her homeland.

Sara Delano Roosevelt took her role as Franklin Delano Roosevelt’s mother very seriously and her role as mother-in-law was equally important. She married James Roosevelt, Sr. in 1880 and they had Franklin two years later. Sara’s possessive nature over her son was obvious and she once noted, “My son Franklin is a Delano, not a Roosevelt at all.” She doted on Franklin and was central to life. Considering their relationship, it is no wonder that his engagement to Eleanor was such a source of resentment for Sara. Franklin’s mother deliberately took him on a cruise in 1904, hoping he would change his mind on the matter. Sara was a frequent visitor to their home in Springwood and despite the new couple’s financial income, they did not rebuff Sara’s presence. As difficult as their relationship was, Sara was keen to be a mentor to the orphaned Eleanor. Sara’s dedication to their marriage’s success was evident in her staunch opposition to a divorce following Franklin’s affair. Sara was said to have threatened to disinherit Franklin if he did not save his marriage. Her focus was the success of Franklin and once she married her beloved son, Eleanor’s success was of equal import. As the greatest female figure in Eleanor Roosevelt young adult life, Sara Delano Roosevelt’s role as mother-in-law is one of historical significance. One can only assume, regardless of the stress of their relationship, the insecure, shy Eleanor that entered her marriage found her voice along the way to the White House. As one of, if not the, most influential First Lady of the US, the role of Sara in Eleanor’s life can not be downplayed.