Laws are passed to protect the environment or members of society. Curiously, these same supposedly progressive laws have sometimes backfired, hurting the very things or people they were supposed to protect.

This is obviously because every law has consequences. And unfortunately, it is often impossible to predict the intended and unintended effects of every law. 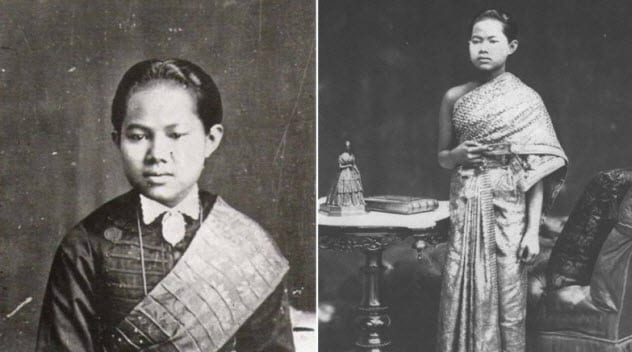 Nineteen-year-old Queen Sunandha Kumariratana was the queen consort and one of the three wives of King Chulalongkorn of Siam (now Thailand). In 1880, she drowned alongside her daughter after their boat capsized in Chao Phraya River. They could have been rescued but weren’t because the law forbade anybody from touching members of the royal family.

The guards and servants watched as the queen and princess struggled in the water. They could have helped but didn’t. Apparently, the law forbade anybody from touching the royals under the threat of death. Nobody wanted to risk their lives, so they just watched the pregnant queen drown.

There are also claims that superstition may have discouraged the guards and servants from helping the queen. Thais believed that saving a drowning person could anger the spirits in the water. Nevertheless, the heartbroken king sent the lead attendant at the scene to prison. 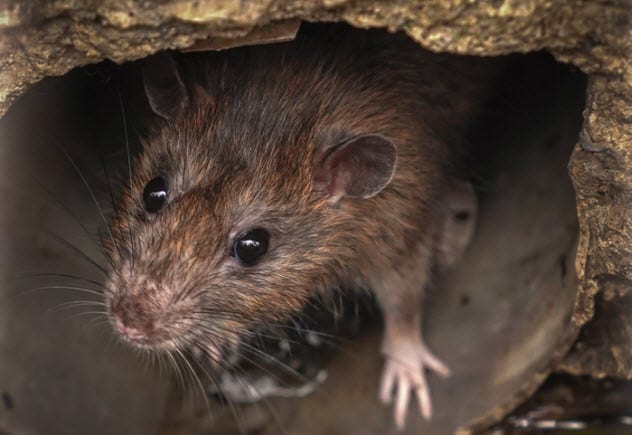 In 1902, the city of Hanoi, Vietnam, had a serious rat problem. Thousands of rats were popping up around the city and infecting residents with the deadly bubonic plague. Officials soon discovered that the rats were coming from the 14.5-kilometer-long (9 mi) sewer system under the city.

However, the city was still overrun with rats despite the mass killings. So the government asked regular civilians to destroy rats in exchange for money. The government paid one cent per rat killed. Officials did not want people bringing decomposing rats to their offices, so they just asked for the tails as evidence.

The scheme seemed to be working until the government realized that the city was filled with tailless rats. It quickly became obvious that people were cutting off the rats’ tails so that the rodents could continue to breed. 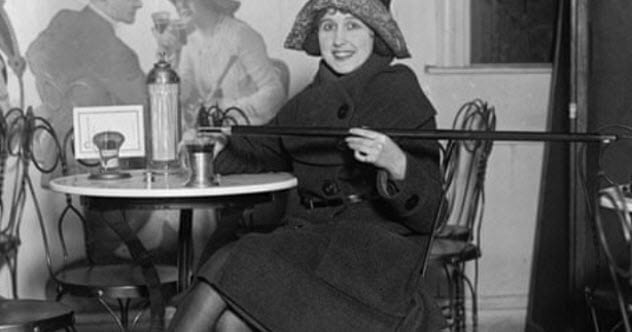 On January 18, 1920, the US government banned the sale of alcoholic drinks within its territory. This period is remembered today as Prohibition. However, it was unsuccessful because the alcohol market went underground. If that was not enough, it also led to the rise of American criminal gangs.

These underground bars are called speakeasies and were fully controlled by criminal gangs. This included the infamous Al Capone, who supposedly made over $100 million each year from his casinos and illegal alcohol business.

Several criminal gangs realized that there would be a lucrative black market for alcohol once Prohibition began. So they stockpiled alcohol and opened shop the moment that Prohibition started. They replenished their supplies by smuggling alcohol from Canada and Mexico and stealing medicinal alcohol supplies transported through the US.[3] 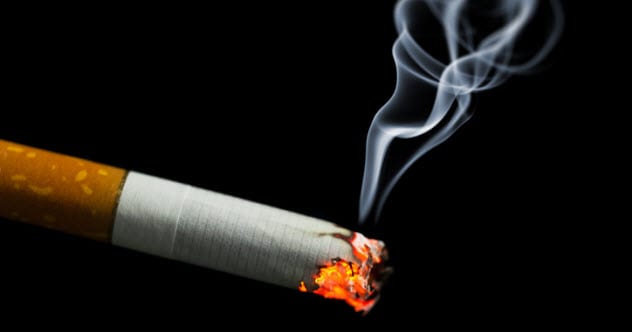 As all the packages now look alike, smokers buy the cheapest cigarettes instead of preferred brands as they previously did. This means they spend less on cigarettes than they did when the packs were branded.

Australia noted that its smoking rate did not decline even after a tax hike. Instead, the country saw an increase in illegal cigarettes flowing in. The result was worse in France and the UK where the smoking rate increased after the introduction of plain packaging.[4] 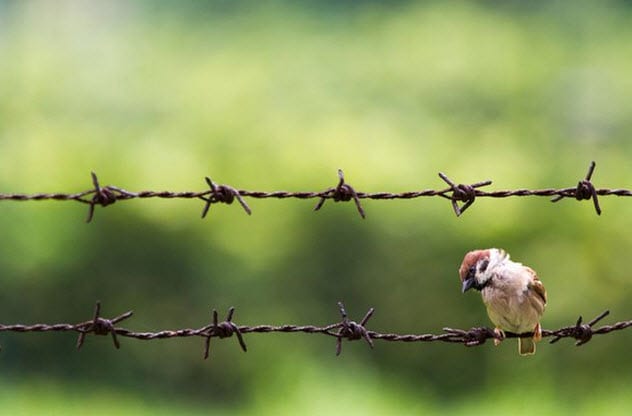 In 1958, Chairman Mao Tse-tung launched the Four Pests Campaign to encourage Chinese citizens to kill animals and insects that were considered pests by the state. These animals were sparrows, rats, flies, and mosquitoes. Sparrows were regarded as pests because they often ate grain seeds.

Hundreds of millions of sparrows had been killed by 1960. But it would prove disastrous. While Chairman Mao was concerned with sparrows eating grain seeds, he did not realize that they also ate insects like locusts, which ate more grain seeds than sparrows. With the sparrows out of the way, the locusts freely bred and multiplied.

Locust swarms soon appeared across China, eating up every plant they could find. The result was a deadly famine that killed between 15 million and 78 million people. There were even reports of people turning to cannibalism to survive. A drought and a failed government farming policy worsened the famine, which was exacerbated when the government attempted to censor news about it.[6] 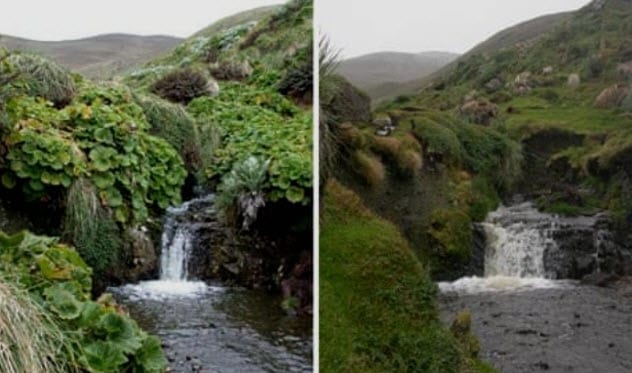 Macquarie Island is located between Australia and Antarctica. Soon after its discovery in 1810, rats sneaked out of ships to colonize the island. A lack of predators saw the rodents breed so fast that sailors brought in cats to control the rat population.

Sixty years later, some sailors dropped some rabbits on the island so that other seamen who got shipwrecked could feed on the rabbits. The cats soon turned on the rabbits. However, the rabbits survived the feline onslaught and continued to multiply rapidly. The abundance of food also caused the cats to proliferate.

The cats soon added the native birds to their diet and hunted some to extinction. The rabbits also ate some native plants to extinction. In the 1970s, the deadly myxomatosis disease was introduced to the island to keep the rabbit population in check.

The disease reduced the rabbit population from an all-high of 130,000 to fewer than 20,000 in just 10 years. However, the rapid decline in rabbits also caused the cats to eat more birds. Conservationists started to shoot the cats, and the last one was killed in 2000.

With the cats gone, the rabbit population soared again. The rabbits ate so many plants that the island’s penguins went extinct. The rabbits had eaten 40 percent of the island’s vegetation as of 2009. As a result, the Tasmanian Parks and Wildlife Service decided to rid the island of all invasive species including 130,000 rabbits, 103,000 mice, and 36,000 rats once and for all.[7] 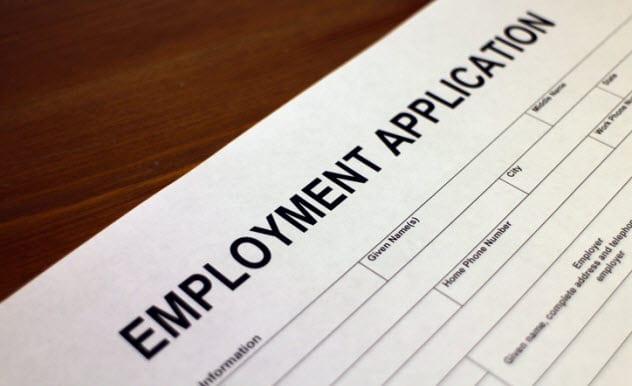 Several US states have introduced ban-the-box laws to stop employers from asking prospective employees if they have been previously convicted of crimes. The laws are supposed to help ex-convicts find work, but they are quickly becoming a nightmare for black Americans.

According to a study, employers now guess whether prospective employees are ex-convicts through racial profiling. Considering that some employers believe that blacks are likelier to have been in prison, black job seekers have a lower probability of getting called for an interview than white applicants. This type of determination is often influenced by whether the applicant’s name sounds distinctly white or black.[8]

Before ban-the-box laws were passed in New Jersey and New York City, white job seekers were 7 percent likelier to be called for an interview than black prospects. The probability shot up to 45 percent in favor of whites after the laws were passed in these locations. Interestingly, this means that convicted white job seekers were likelier to get jobs than blacks who had never been to prison. 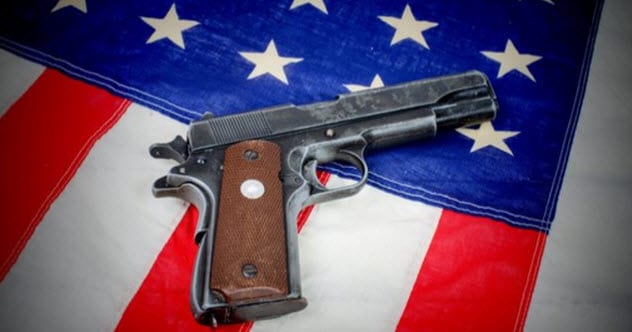 Smart guns (aka personalized guns) can only be unlocked and used by the owner. (Think of guns that could be unlocked with fingerprints, just like our phones.) They have been invented and would be a win for gun control if they are introduced into the US.

However, they have not been introduced—and probably never will be—due to the Childproof Handgun Law that was passed in New Jersey in 2002. The law requires New Jersey gun stores to sell only smart handguns 30 months after the first smart gun is available for sale in any state within the US.

Progun advocates say the law is an attempt at gun control and are lobbying hard to stop smart guns from getting into the US market. In 2014, a gun store in Maryland and another in California drew the ire of progun advocates after revealing plans to introduce smart guns in the US. The stores backtracked after their owners received death threats.

In 2016, New Jersey passed a bill to amend the law. According to the bill, gun stores would not need to carry a smart gun–only inventory although they would be required to have at least one smart gun model in their inventory. Then-Governor Chris Christie refused to sign the bill into law.[9] 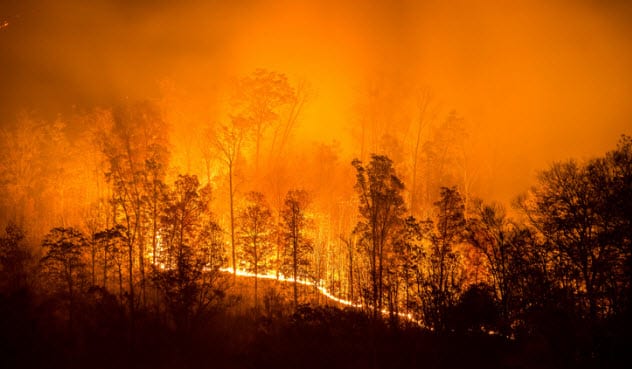 The US Forest Service was formed to prevent wildfires. Interestingly, its very existence is the reason that the US experiences devastating wildfires. Prior to the creation of the US Forest Service, small natural fires happened in the Southwest every five to 10 years on average. These fires often destroyed shrubs but left the bigger trees untouched.[10]

However, the US Forest Service prevents these small fires from burning freely. So plants that would have been destroyed in the smaller natural wildfires are spared. As a result, these smaller plants and trees become bigger and more numerous. Worse yet, they become fuel for larger natural or man-made wildfires.

Read more about absolutely ridiculous laws on Top 10 Ridiculous Laws That Are Still Enforced Across The World and 10 Absurd Laws From Around the World.