There are many weird laws around the world today. The majority of them were passed centuries ago and have never been repealed, although they’re not currently being enforced. Still, many of them are on the books, and plenty of people can unknowingly commit crimes for various odd reasons, though they probably won’t actually get in trouble for it, of course.

While these laws sound ridiculous to us today, we should know they were passed at the time for practical reasons. From restrictions on clothing to what may be done with which animals, here are ten strange laws from around the world and why they were passed. 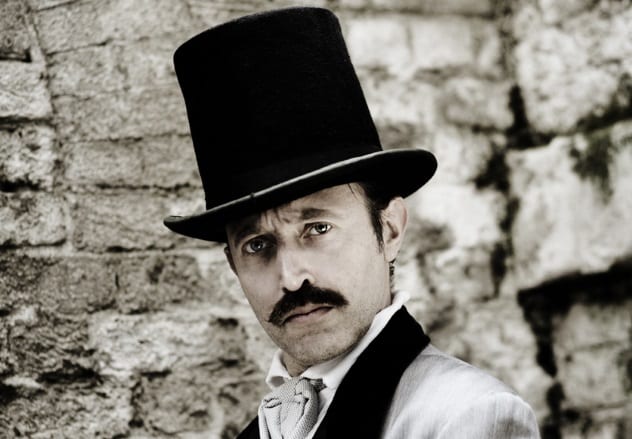 On January 16, 1797, a man named John Hetherington was apparently the first to wear a top hat in England. Nobody had seen a top hat at that time, so it was scary and controversial. According to a contemporaneous account, people became frightened, children shouted, dogs barked, and women fainted as Hetherington wore his silk hat through London.

The son of one Cordwainer Thomas broke his arm after he was pushed to the floor by the crowd that gathered around Hetherington. Hetherington was arrested and charged with disturbing the King’s peace and inciting a riot for “appearing on the public highway wearing upon his head [ . . . ] a tall structure having a shining lustre, and calculated to frighten timid people.”[1] He was fined either £50 or £500, depending on which source you consult.

However, Hetherington insisted he had not broken any law. To prevent a repeat, the government of the day passed a law banning citizens from wearing top hats.

9 It Is Illegal For A Moose To Enter A Saloon Via The Sidewalk
Fairbanks, Alaska 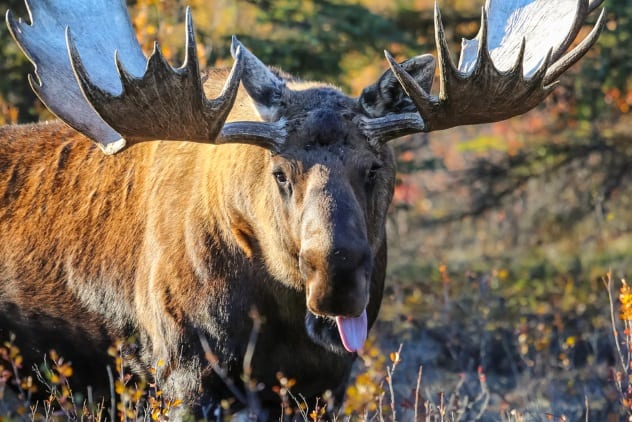 It is illegal for a moose to enter a bar through the sidewalk in Fairbanks, Alaska. The law was passed during the early 20th century because a tavern owner was fond of getting his pet moose drunk. The intoxicated moose often went on rampages, destroying property.

City officials soon had enough and passed a law banning moose from public sidewalks, thus meaning that the moose in question could no longer get into the man’s saloon. The tavern owner stopped bringing his moose to his bar but still got it drunk in his home. It is unknown why the town couldn’t simply outlaw getting moose drunk.[2] 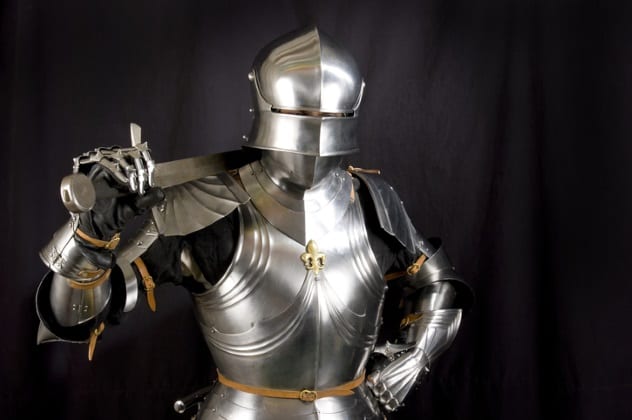 On October 30, 1313, King Edward II of England passed the Statutum de Defensione Portandi Arma. The law forbids MPs from entering Parliament with weapons or in full armor. The law is still upheld today and has been extended to bulletproof vests.

King Edward II passed the law after “certain individuals” interrupted and disorganized several meetings he’d had with members of Parliament. The king guessed the people were either disgruntled with the war with Scotland or over rumors that he was gay.

Today, coat hangers in the cloakrooms of the British Parliament are modified to hold the swords of members of Parliament. (It is unknown how many MPs currently carry swords.) Meanwhile, visitors and non-parliamentarians theoretically still are allowed to bring weapons and bulletproof vests into Parliament.[3]

7 It Is Illegal To Die Within Town Limits
Italy, France, Spain, And Norway 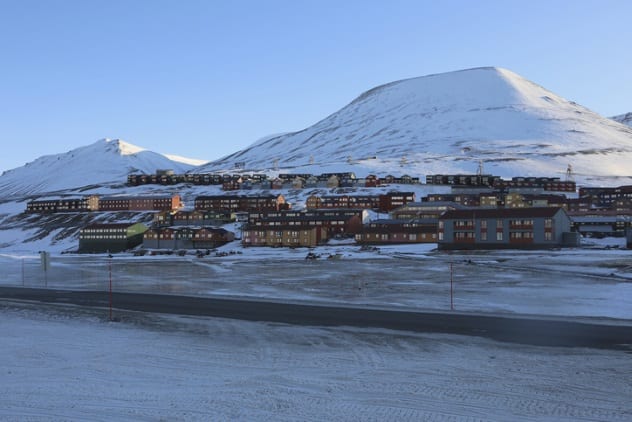 Several towns in different countries have permanently or temporarily banned townspeople from dying within town limits.

In 2012, the mayor of Falciano dal Massico, Italy, banned residents from dying within town limits. The mayor issued the ban after the local cemetery became full. He said people would only be allowed to die after a new cemetery had been built. At least two people died while the law was in force.

The town of Bordeaux, France, also issued a similar ban after the local cemetery reached capacity, and the court stopped the town from extending the cemetery. The mayor mentioned that only people with burial plots at the cemetery were allowed to die and promised severe punishment for defaulters.

The town of Lanjaron, Spain, also banned people from dying within town limits for the same reason. The mayor ordered that townspeople pay attention to their health and suspended their deaths until the town acquired new land for a cemetery.

One town with a permanent ban on death is Longyearbyen, Norway, which has banned residents from dying since 1950. The town is considered the world’s most northernmost city (as in having more than 1,000 residents) and is covered in permafrost. The ban was issued after residents discovered that the dead simply froze in the cemetery the instead of decaying. This meant dangerous pathogens could survive in the cadavers and possibly re-infect the living. Old and sick people are usually transported off the island to live their last days.[4]

6 It Is Illegal To Use Cell Phones In Banks
Argentina, Brazil, And The Philippines 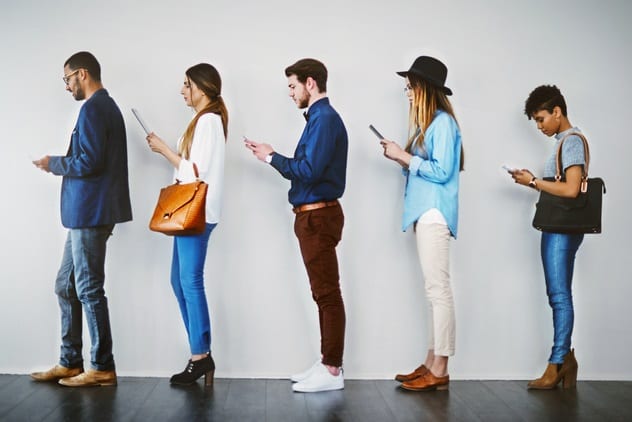 The governments of Rio de Janeiro, Argentina, and the Philippines have passed laws banning customers from using cell phones inside banks. The bans were attempts to reduce bank robberies.

Criminals would sometimes enter banks and monitor customers withdrawing money and leaving the bank. Once a target was spotted, the robber would use his cell phone to instruct other gang members outside the bank to rob the client.

These sort of robberies had been reduced by 23 percent in Rio de Janeiro two years after bank customers were banned from using cell phones and radio transmitters. They were reduced by 20 percent in Argentina. However, some skeptics doubt the efficiency of the ban, since most bank robbers trail the customer and rob them outside the bank.[5]

The Philippines also proposed a similar law, which was quickly adopted as a rule by banks even before the law was passed. Called the “Cell Phone in Banks Prohibition Act,” the law bans clients from using communication gadgets, including cell phones and laptops, within bank premises.

Bank workers are permitted to use their devices but not in the presence of clients. However, doctors and emergency health personnel are allowed to use their cell phones while responding to emergencies or consulting with patients.

5 It Is Illegal To Use Cell Phones And Many Other Devices
Green Bank, West Virginia 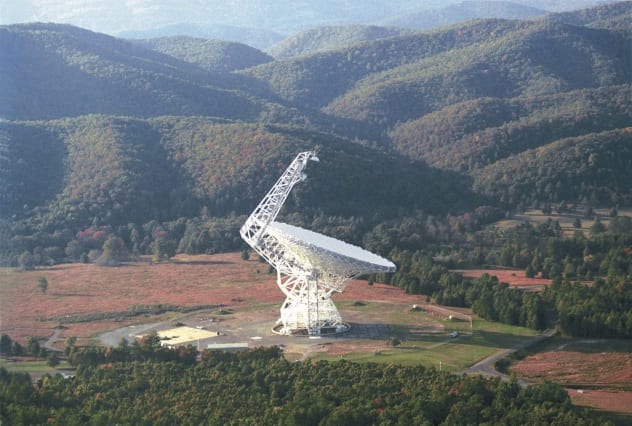 It is illegal to use cell phones, Wi-Fi, radios, or microwaves in the small town of Green Bank, Virginia. This is because the town contains the world’s largest fully steerable radio telescope, which is operated by the National Radio Astronomy Observatory (NRAO).

The NRAO telescope receives radio signals from faraway stars and galaxies. The signals are often very weak, and nearby radio signals would interfere with its operation. So in 1958, Congress passed a law banning radio devices around the observatory.

The law declared a 16-kilometer (10 mi) radius around the observatory to be radio device-free. The law also mandated that radio wave devices be regulated within a larger 33,700-square kilometer (13,000 mi2) zone that extends into neighboring Pennsylvania and Virginia.[6]

4 It Was Illegal For Women To Drive
Saudi Arabia 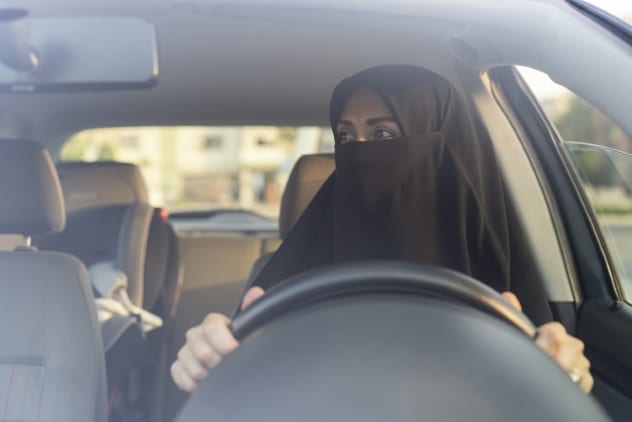 Women were not allowed to drive in Saudi Arabia until 2018. To be clear, Saudi Arabia never explicitly formally banned women from driving. However, it did not permit women to drive or get licenses, either. Women who dared to drive were arrested and fined.

Women were not allowed to drive because Saudi Arabia follows the strict Wahhabism version of Islamic law. Wahhabism demands that women cover themselves and be kept separate from men. It also requires every woman to have a male guardian.[7]

3 It Was Illegal To Eat Swans
United Kingdom 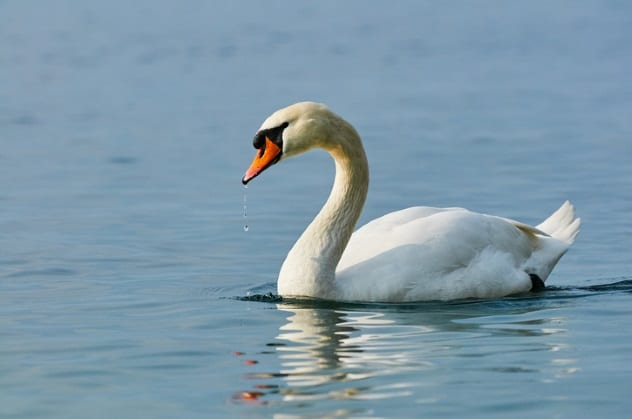 It is illegal to keep or kill mute swans (which are the stereotypical swans most people envision) in the UK. The ban was issued under the 1981 Wildlife and Countryside Act, which was passed to protect native animals. However, an earlier law had banned British citizens from eating swans. That law was only repealed in 1998.

Unlike the 1981 act, which is concerned with conservation, the older law was concerned with reserving the swans for the aristocrats. European nobility developed a taste for swans in the 12th century, and it soon spread to England, where it became a symbol of riches and nobility and was frequently served at royal feasts.

In 1482, the British crown was so concerned with protecting its swan supplies from the commoners that it passed a law limiting ownership of swans to the nobles. Hunting, selling, and killing swans attracted harsh punishments, as did did stealing their eggs.

However, the monarchy allowed rich landlords, organizations, and institutions to own swans. Only the richest of the rich could afford the rings used to mark ownership. The crown left their swans untagged, while everybody else tagged theirs. Swan-eating fell out of style by the 20th century.[8]

2 It Is Illegal To Freely Serve Ketchup In Schools
France 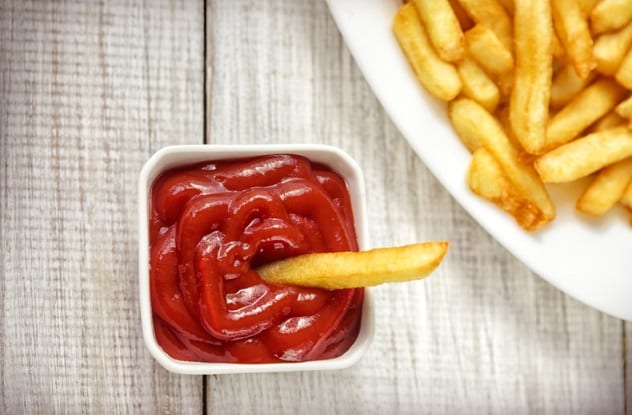 In 2011, France passed a law mandating that sauces (such as ketchup, mayonnaise, and so on) must not be freely accessible to students but served according to various dishes. So, a portion of ketchup can be served with, say, French fries, but students can’t just slather whatever they want with as much ketchup as they want. This sauce mandate was meant to improve the overall dietary quality of meals.

Various news outlets reported this as France banning ketchup in schools altogether.[9] While some did report that the “ban” was for health reasons, there were also claims that the French government outlawed ketchup in order to promote French dishes and culture.

1 It Is Illegal To Play Online Games Between Midnight And 6:00 AM
South Korea 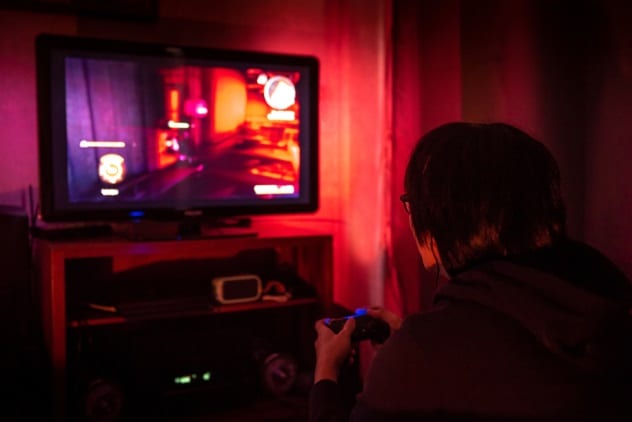 In 2011, the South Korean government passed the Shutdown Law (also called the Cinderella Act) to curb excessive gaming among teenagers. The law requires that teenagers below the age of 16 to be shut out of online game servers between 12:00 AM and 6:00 AM. However, they can continue to play offline games on their personal consoles, phones, tablets, and laptops.

Game players above 16 are required to access game servers using their social security numbers. The ban was later amended so that teenagers below 16 could play online games past midnight with their parents’ permission.[10]

Read about more crazy laws on Top 10 Ridiculous Laws That Are Still Enforced Across The World and 10 Absurd Laws From Around the World.