In TV shows, films and other such forms of media, there are usually extras in the backgrounds to show the size of the universe the main characters live in or to act as stand-ins for the leads to interact with. But sometimes there are just those background characters who catch a person’s eye and become part of popular culture, gaining their own moments in the spotlight and affection from audiences. Here are ten such background characters who have earned the attention of audiences and become popular.

A recurring background character in the Roger Moore era of Bond films, this drinking tourist appeared in The Spy Who Loved Me, Moonraker, and For Your Eyes Only. During each film, the tourist encounters James Bond doing something extreme. These include emerging from the sea in his submarine car, driving through Venice in a land-based gondola, and escaping assassins in the Alps whilst on skis. The punchline of the gag is for the tourist, who is drinking at the time, to look at his alcohol and ponder whether or not he has been drinking too much. This brand of humor has been done in other media, but the Drinking Tourist, played by the films’ assistant director Victor Tourjansky, does it the best. 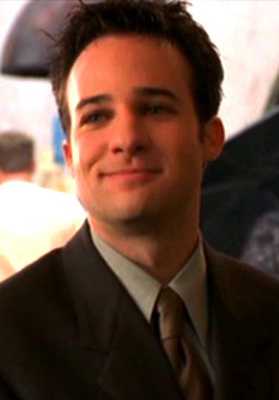 Going from background extra to having a major recurring role, Jonathan was the target of both bullies and monsters alike throughout the show, and was little more than a guy who always ended up in the wrong place at the wrong time. However, he gained a breakout role in the episode “Earshot” where it looks like he’s going to shoot people, only for Buffy to learn he planned to commit suicide for being such a loser. However, Buffy is able to convince him life is worth it, and they become distant friends. Jonathan made several more appearances in the show, and eventually became a not-so-threatening villain in the sixth season, with his good nature winning through. Unfortunately, Jonathan got killed off in the seventh season by his own friend Andrew, but his memory lived on through Andrew who was forced by Buffy to face his own guilt. 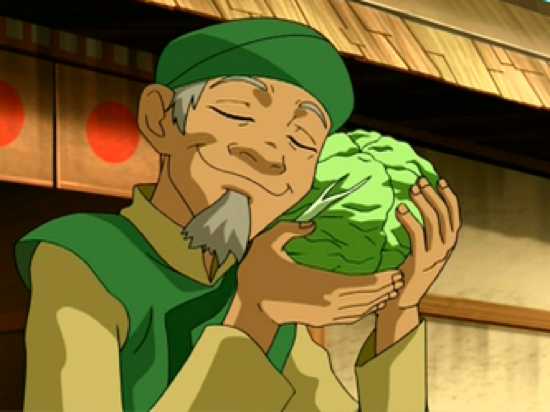 Avatar: The Last Airbender was a popular cartoon series for its engaging, complex characters, plot and animation. Its humor was also another source of entertainment, mostly from the gags the main characters got into, with Sokka providing much of the comic relief. But there were some characters designed to be walking gags; most notably the Cabbage Merchant. A simple salesman who made a living by selling cabbages, this poor man had a tendency of running into Aang and his friends, which usually resulted in the destruction of his goods. Traveling around the Earth Kingdom, the Cabbage Merchant could not escape Team Avatar and their enemies, and each time screams “My cabbages!” In The Legend of Korra, the merchant’s legacy lives on in the company Cabbage Corp, where a statue of him stands outside, but his descendants still have trouble with the Avatar. 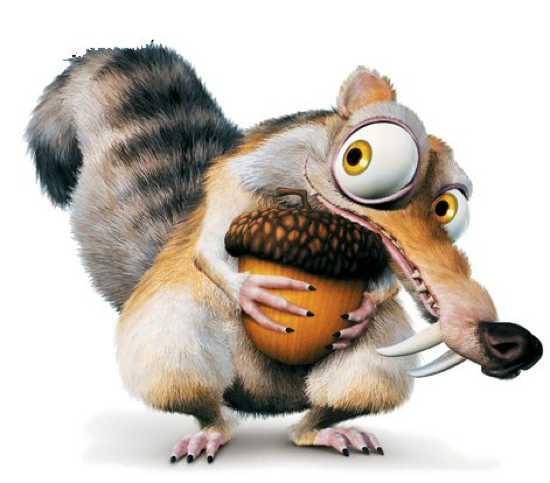 A bit of a debatable choice, since Scrat has such a huge presence in the Ice Age films. Scrat is a “saber-toothed squirrel” who spends the whole of the films trying to protect and bury his acorn for safekeeping, but fate, and usually the main characters intervene and separate Scrat from his beloved item. The situations Scrat continues to get in become more and more imaginative and hilarious, from causing a huge ice float to chase him, to fighting a school of piranha for his acorn, to falling in love with a female saber-toothed flying squirrel named Scratte. Whether or not Scrat counts as a background characters is debatable, since he plays a large recurring role in the film series, but only interacts with the main characters on an occasional basis and has never been a part of their core group. He follows his own plot, whilst his encounters with the heroes seem to be pure coincidence.

Scrat’s date of origin is disputed, with cartoonist Ivy Supersonic trying to sue 20th Century Fox under the pretense she created the character in 1999, but lost in court. In another act of coincidence, in 2011, archaeologists discovered a mammal called Cronopio, described as a cross between a saber-toothed animal and a squirrel, bearing a resemblance to Scrat. 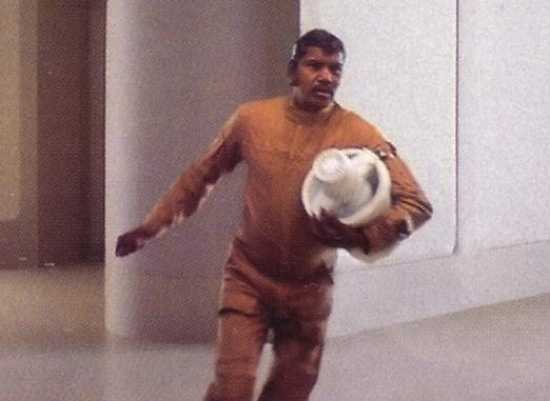 Virtually every character in Star Wars is recognizable and iconic, even the background characters. One of them is Ice Cream Maker Guy. This extra appeared in The Empire Strikes Back when Lando Calrissian warned Cloud City’s citizens of the Empire’s presence and told everyone to flee. Ice Cream Maker Guy was seen running away in the background, carrying a large, white object with him. People joked that the item in question was an ice cream maker, hence, how the character got the nickname. Eventually, writer Benjamin Dawe wrote a story revolving around Ice Cream Maker Guy and other characters, giving him the name of Willrow Hood, as well as a backstory, personality, etc. Most notably, what the alleged ice cream maker was carrying was actually a computer’s memory core, as part of the rebel alliance against the Empire.

5
Figwit
The Lord of the Rings 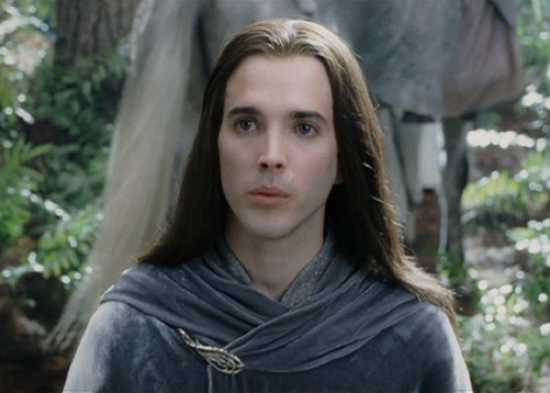 An elf that appears in The Lord of the Rings film trilogy, Figwit appeared as a background character in The Fellowship of the Ring, played by Bret McKenzie of Flight of the Concords fame. Figwit was spotted by Tolkien enthusiast Iris Hadad, his name actually based on Hadad’s reaction upon seeing the character – “Frodo is great…who is that!?” – the first letters of each word making up his name. Hadad and others eventually set up a fan site based around Figwit and his popularity grew quickly. Peter Jackson gained wind of Figwit’s popularity and gave him a speaking role in the third film as a nod to fans. Figwit’s popularity has grown over the years, with McKenzie gaining an extra role in The Hobbit film, but as a different character. 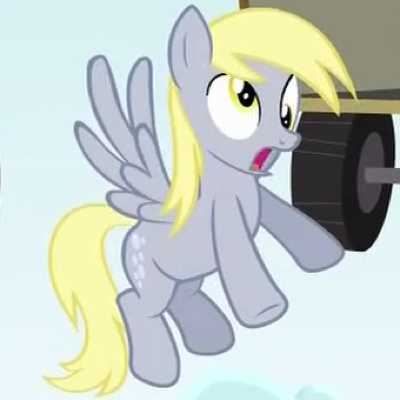 Another character who gained immediate attention and popularity was Derpy Hooves in My Little Pony: Friendship is Magic, a highly successful show with male audiences for its complex and diverse characters. With a large cast of one-time and background characters, the fan took the opportunity to give names and personalities to every single one of them – from a horse named “Doctor Whooves” for resembling David Tennant and having an hourglass as a “cutie mark,” to a pony DJ named DJ Pon-3 who only appeared for about two seconds. The most iconic is Derpy Hooves, who has appeared as a background since the pilot episode, and is notable for her crossed eyes which is apparently due to an animation error.

Pointed out by a user of 4chan, Derpy quickly accelerated to being the most popular character on the show after the core characters. The shows creators eventually acknowledge Derpy’s nickname and gave her a speaking role in the second season. Fans were ecstatic. However, Derpy’s rise to acknowledgment quickly ended due to some complaints that Derpy parodied disabled people and her name was edited out of the episode she appeared in, and her voice re-recorded. While fans campaigned to restore Derpy’s original voice, the episode’s writer sent a letter to the fan base explaining why the character was altered, in relation to her own son having disabilities in reflection to the complaints of the troubled viewers.

The Simpsons has a huge cast of characters, and many fit the role of either supporting characters or background characters. With popular characters like Flanders, Apu, Moe, Barney, Krusty, Mr. Burns, Professor Frink, and the school staff often getting focus, there are other recurring characters who can provide humor for the audience. There are way too many characters to go through but some of the most recognizable characters include Bumblebee Man, Crazy Cat Lady, Disco Stu, police officers Eddie and Lou, Gil, Herman, Jasper, Dr. Marvin Monroe, Captain McCallister, Sideshow Mel, Squeaky-Voiced Teen, the Wiseguy, and the “Yesss” Guy.

The best background character in the show is Hans Moleman, a seemingly elderly old mole-like man who has a tendency of getting into bad situations with hilarious results. He is in fact 31-years old, implying his elderly appearance was caused by drinking alcohol. During his amazing career as a comic relief character, he has been “de-programmed” to think he was Bart Simpson, has had a large variety of careers throughout the years, filmed himself getting hit in the crotch by a football, and Mr. Burns drilled a hole into his head whilst under severe medication. He’s had numerous scrapes with death – he’s been left in an x-ray machine for a whole weekend; had his Gremlin car blown up with him still in it; somehow crashed another car into the side of Springfield’s Planet Hollywood; and was set on fire thanks to the powerful magnifying effect of his glasses. 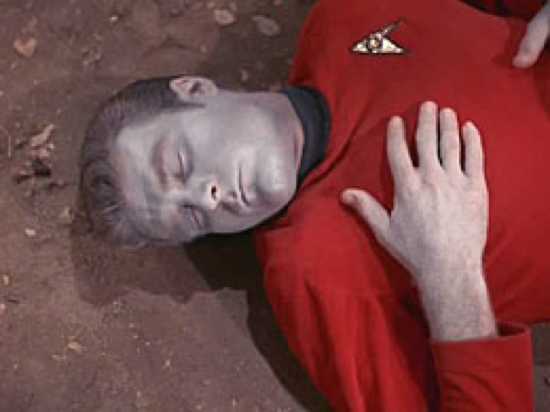 The term “red shirt” is used when a character is killed shortly after being introduced, and is most common in Star Trek. It was traditional in the original Star Trek show to involve extras dressed in red shirts to accompany Captain Kirk, Spock and Dr. McCoy to alien worlds only to be quickly killed by an antagonistic force. While some main characters wore red shirts, it was only the extras who died. The most notable red shirt is Lt. Leslie from the original series, who was killed off in one episode, only to be revived and appear in later episodes. The tradition continued in the later series, although not as frequently. The most recent was in the 2009 film where an arrogant red shirt accompanied Kirk and Sulu to destroy the Romulan drill weapon, only to meet an unpleasant end in the drill’s heat ray.

When a character is literally designed to be a background character, no one else but Wally (or Waldo) could be number one. The Where’s Wally? books have been a popular series of children’s books since 1987, with readers being challenged to find the elusive Wally in a large, crowded scene with tons of visual gags and other characters. But Wally was not alone, he’s also joined by his friend Wenda, Wizard Whitebeard, troublesome Odlaw who wears yellow and black in opposite to Wally’s red and white color scheme, and Wally’s dog Woof, who is even trickier to find than Wally since you can only see his tail. Wally gained a short-lived cartoon series, and even talks of a live action film adaptation. Wally’s ability to hide himself in crowds is a legacy in its own, and I hope Where’s Wally? continues for many years to come. 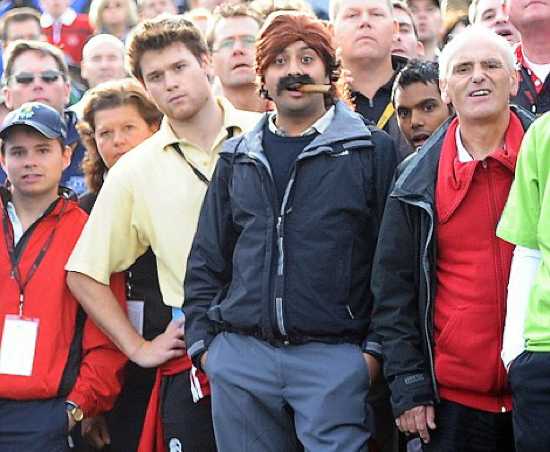 Cigar Guy is an internet meme who became popular for having an outstanding appearance. Cigar Guy was pointed out in a photograph of Tiger Woods, sporting a ginger wig, a Groucho Marx-styled mustache, whilst chomping on a cigar. It turned out Cigar Guy was paying homage to Spanish golfer Miguel Ángel Jiménez. The search was on for Cigar Guy’s identity, and he was eventually identified as British man Rupesh Shingadia, who admitted he was “slightly embarrassed” by his new-found popularity, even though he ended up appearing on The Today Show.