Many people have claimed that television has rotted people’s minds. However, some people learn extremely important information from TV. The following shows helped people save either their own lives or the lives of those around them.

The Simpsons Saved My Life

Ten-year-old Alex Hardy was eating lunch in his school cafeteria when he started to choke on his ham sandwich. Hardy struggled to breathe, and he turned purple. Lunch ladies patted him on the back to try to dislodge the sandwich, but they were unsuccessful.

Then Hardy’s best friend, fellow 10-year-old Aiden Bateman, walked over to his choking friend. Bateman picked up Hardy and performed the Heimlich maneuver. The sandwich popped out of Hardy’s mouth.

Bateman had learned the lifesaving technique from The Simpsons‘ third-season episode “Homer at the Bat.” During the episode, Homer chokes on a doughnut while his coworkers try to figure out how to help him. A poster explaining how the Heimlich maneuver works is behind him, although his coworkers overlook it.[1]

Hardy and Bateman reenacted the event for the documentary The Simpsons 20th Anniversary Special—In 3-D! On Ice!, which showed how The Simpsons has affected people’s lives around the world. 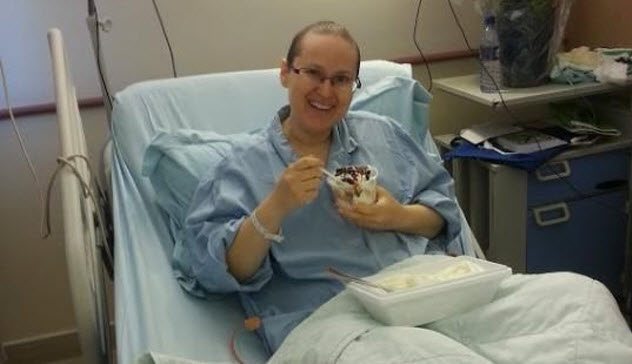 Sarit Fishbaine noticed a lump on her breast. She had it checked out by a doctor, who told her everything was normal. The lump was likely to be milk because she was breastfeeding.

Six months later, she still felt the large lump even though she had finished breastfeeding. Fishbaine dismissed her concerns until she saw an episode of Grey’s Anatomy. During the show, a mother had to have a mastectomy after her cancer was mistaken for milk.

Fishbaine could not fall asleep that night. She spent the entire night feeling her lump and worrying. The next morning, she made an appointment with a breast specialist. The examination lasted a long time, and the doctor sent her for an urgent mammogram and biopsy. The tests showed that she had cancer.[2]

Fishbaine started chemotherapy right away. It was followed by a mastectomy and radiation. The treatments were successful. She is now cancer-free and has undergone reconstructive surgery.

Mark’s tumor is back

Angela Cooper suffered from frequent migraines, increased forgetfulness, and occasional tongue-biting. She assumed that her symptoms were the result of the stress brought on by her recent divorce and raising two children while she went back to school.

Then Cooper watched an episode of ER. During a scene, TV character Mark Greene underwent testing for brain cancer. Greene was asked to stick out his tongue. It deviated to one side, which indicated that he had brain cancer.[3] Cooper realized that her symptoms matched Greene’s, and she decided to do the test. She stood in front of a mirror and stuck out her tongue. It moved to one side.

Cooper hurried down to her local emergency room. She went in and told them that she had a brain tumor. At first, they were skeptical. Then she told them about the test, and she stuck out her tongue.

They took her seriously and performed a few tests. Cooper was diagnosed with head and neck cancer. She underwent two rounds of chemotherapy and radiation, and her cancer went into remission. 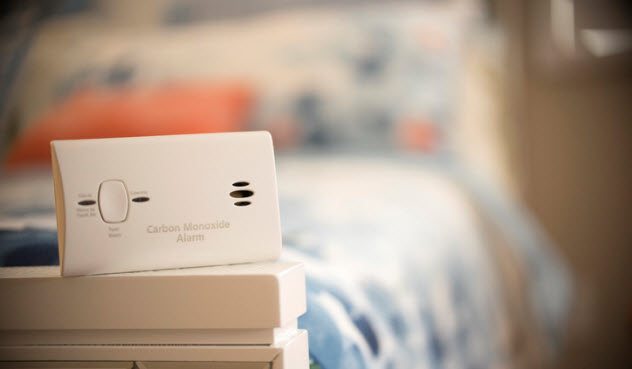 Beth Cordingly had spent more than a week suffering from severe headaches and general sickness. She visited a doctor, who recommended that she get her eyes tested. It did not help, and she started to feel worse.

Her only relief from the pain was her favorite soap opera, Hollyoaks. She sat down to watch an episode. During the show, several characters became drowsy and dizzy and they developed severe headaches. They nearly died before realizing that they were suffering from carbon monoxide poisoning caused by a leaking gas boiler.

Cordingly realized that her health problems matched those of the characters. She called her gas supplier, and an official discovered a leak. After he fixed the leak, Cordingly still felt ill. She went to the hospital.

Doctors discovered that the levels of carbon monoxide in her blood were still dangerously high. The hospital staff told her that she was lucky to be alive. If she had waited another 24 hours for treatment, she would have died. It took two more weeks for the gas to fully leave her body.[4]

6 Save My Life: Boston Trauma 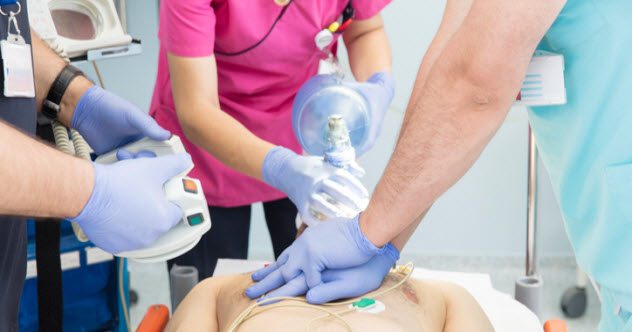 Dana Mower woke up one morning feeling a bit sick. He assumed that he had heartburn or indigestion. Mower drank ginger ale and sipped chicken broth for several days, hoping to feel better. His diet was successful. He felt much better after three days.

Then Mower sat down and watched Save My Life: Boston Trauma with his family. The episode featured a man, Manny Couto, who thought he had indigestion, but he was actually experiencing a heart attack. The man had to have surgery to save his life.

Mower realized that his symptoms mimicked Couto’s. The next morning, Mower went to the hospital. His cardiologist was the same physician who had treated Couto. The doctor realized that Mower was experiencing a heart attack and he needed emergency surgery.[5]

Mower underwent the surgery, and he recovered. He credits the hospital and the show for saving his life. They both prevented a major heart attack. 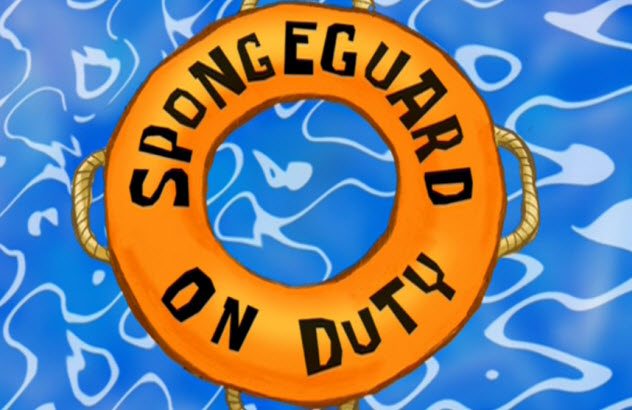 Five-year-old Andrew Gentile was struggling to stay afloat in a lake. The boy had been playing in a shallow area, but he had wandered into deeper water.

His mother noticed her drowning son. She dove in to save him. However, she panicked when she realized how deep the lake was. She could not touch the bottom of the water, which was 1.8 meters (6 ft) deep.

Eight-year-old Reese Ronceray remembered a lifesaving scene from the SpongeBob SquarePants episode “SpongeGuard on Duty,” and he was certain that he could save Gentile.[6]

Ronceray jumped into the water. He grabbed the boy, tucked him under his arm, and started to swim. However, Gentile pulled them both under the water, and the pair started to sink.

Ronceray was briefly terrified, but he kept moving his arm and legs. They managed to make it to the surface, and Ronceray swam them to the shore. 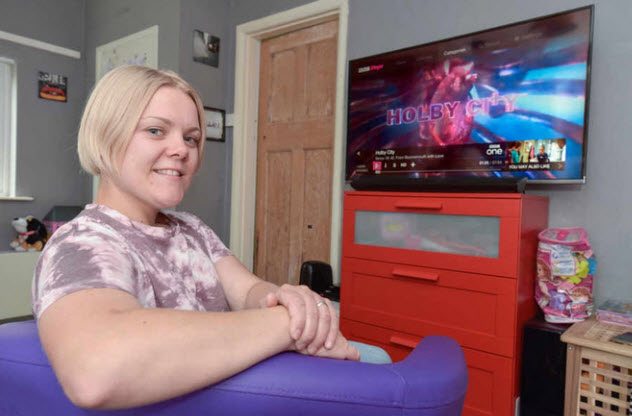 Rachael Green had ignored a mole on her leg for more than two years. She had considered getting it checked out many times, but she did not believe that it was dangerous.

Then Green sat down and watched an episode of Holby City. A character on the show had a mole that resembled her own. The character had noticed that the mole’s shape had grown and had it tested. The diagnosis was skin cancer.

Green decided to have her mole examined. Doctors biopsied the melanoma on her leg, and they later confirmed that she had skin cancer. Surgeons had to remove the skin around the cancerous lump.

The surgery was successful, and Green was cancer-free. However, she was advised to avoid the sun and cover her skin fully to avoid any future cell mutations.

Green credits the show for saving her life.[7] Without it, she wouldn’t have had her mole checked and it is likely that her cancer would have spread.

Theresa Booth was driving her nine-month-old daughter, Emily, to daycare when her car hit a patch of slushy snow. The car slid off the ice and fell into a watery ditch. The icy water began flowing into the car.

Booth crawled into the backseat. She unstrapped her daughter from the car seat. All Booth could think about was keeping her daughter out of the freezing water.

Booth tried to open the door, but it would not budge. She was starting to panic when she remembered an episode of MythBusters. In the show, host Adam Savage had been in a similar situation. He could not escape a car until the pressure equalized in the vehicle.

Booth decided to try Savage’s idea.[8] She waited until the pressure equalized in the car, and then she tried to open the door. It easily opened. Booth held her child over her head, and she made her way to the road. Neither she nor her child suffered any injuries. 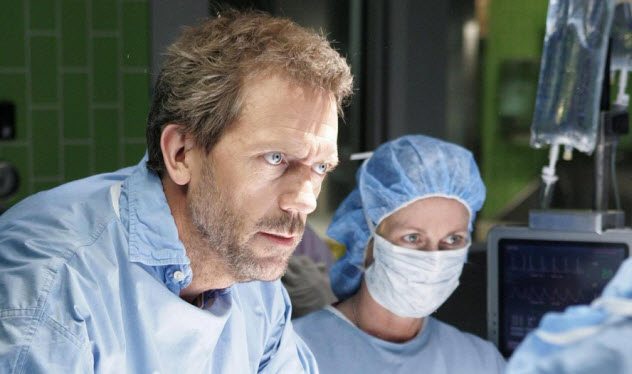 A German man began having severe health problems. He had low thyroid hormone levels, inflammation of his esophagus, and a fever of unknown origin. The man became nearly blind and nearly deaf. His heart weakened so much that it could not pump hard enough to supply blood to his body. Doctors did not know what was causing his health problems.

The German man went to a clinic run by Dr. Juergen R. Schaefer, who specialized in puzzling cases.[9] Schaefer was a huge fan of House and often used the show when he was teaching. He realized that his patient’s symptoms matched a case on the show, one in which a woman had cobalt poisoning from her artificial metal hip.

Schaefer’s patient had an artificial hip. Schaefer tested the man’s cobalt level and discovered that it was a thousand times the normal level. A scan showed that the metal in his hip had eroded.

The man’s hip was replaced with a ceramic one, and his cobalt levels plunged. The man’s heart improved, and his fever and esophagus problems went away. Unfortunately, he remained partially blind and deaf. 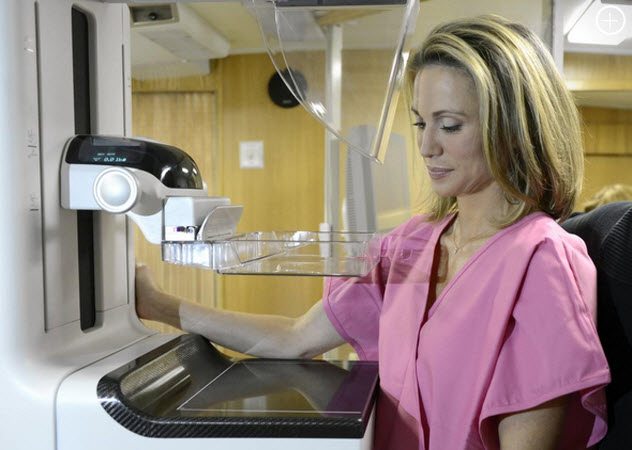 Amy Robach, an anchor on Good Morning America, had avoided a mammogram screening for more than a year. A producer for the show called her and asked her to undergo a televised mammogram. At first, she was hesitant. However, she decided to do it to inspire other people to get tested.

Robach allowed the show’s cameras to film her as she was tested. Afterward, she received her results and was shocked when the test showed she had cancer. Fortunately, she had caught the cancer early. Her doctors told her that the mammogram saved her life. Robach underwent eight rounds of chemotherapy, a double mastectomy, and reconstructive surgery. She was finally cancer-free.

Robach’s televised mammogram managed to save other people as well. She received letters from eight women who said they found their cancer because they were inspired to get mammograms after they saw what happened to her.[10]

Read about more TV shows that revealed information that could save lives on Top 10 Criminal Cases Solved By TV Appearances and 10 Eye-Opening ‘Vice’ Documentaries.

10 of the Least Sexy Sex Scenes in Modern Movie History