They say that the only guarantee in life is death. This completely fascinates me. Some of us see it coming, some of us don’t. Some of us choose how and when it happens, and some of us barely experience life before it’s taken away. There have been a slew of deaths in the last decade that I feel are exceptionally horrible ways to leave this earth. None of them are particularly worse than another, however that’s up to you to decide. I’m also almost certain none of these will be repeats as I’ve read all lists, especially the ones about death, dozens of times. I hope this list will leave you wondering why, if there is a reason, these people chose or were chosen to die this way. 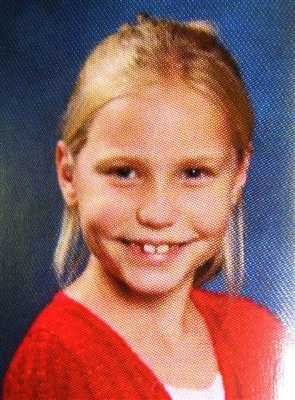 Savannah Hardin’s 9 year-old life was ripped away all because she fibbed about eating a candy bar. On a Sunday afternoon in Alabama Savannah was forced to run for 3 hours by her grandmother and stepmother as a form of punishment which inevitably would have lasted longer had she not collapsed and had a seizure. She was put on life support, however her father decided it wouldn’t bring her back. Her father was out of the country when the abuse took place. Both parties involved have been charged with murder. I don’t understand why these two thought a 9 year-old could do something they physically couldn’t and were at all shocked at the outcome. Why this young, avid reader and happy go-lucky child had to die due to insufferable cruelty is beyond me. 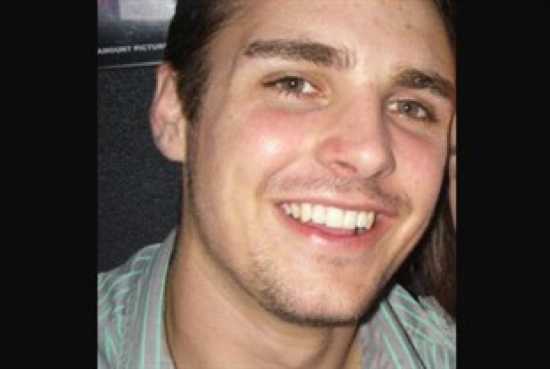 Yep. It’s finally happened. Planking has killed someone. Acton Beale from Australia died when he fell from a seven-story balcony in an attempt to “plank.” Specifically he was trying to lay face down and flat as possible on the railing of his apartment when he somehow lost his footing. Paramedics’ attempts to revive him fell short as he died from his injuries minutes later. Planking for me is something I don’t care much for however for those who enjoy it and get a rush I’m sure none of you would agree it’s worth an abrupt ending to a life. Many sports and activities these days all run a high risk, but just about any time this sport includes no prior training and to position yourself riskily on a high platform, I’m going to say it’s time to find something new. 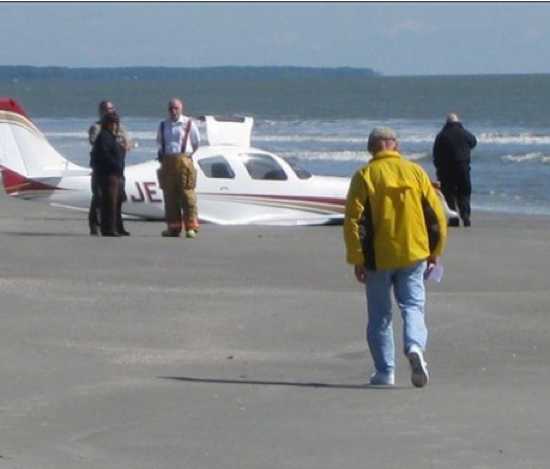 I don’t know about you, but an early morning jog on the beach with an iPod in tow doesn’t get much more peaceful than that. Unfortunately for Robert Gary Jones, it was anything but. The 38 year-old husband and father was in South Carolina on business and was excited to return home to Georgia for his daughter’s third birthday. The plane apparently had lost its propeller and smeared oil on the windshield making it hard to see. The pilot made an emergency landing en route to Chesapeake, VA on what he thought was a deserted beach. Had the plane had flotation devices it might have been able to make a landing instead in the sea, but it obviously was Jones’ unlucky day. It’s been argued the pilot still should have been able to see him but whether or not it would have been in time we’ll never have a way of knowing. As an avid jogger I feel uncomfortable listening to music while doing so after reading this. A car, a person, heck, even a train – but a PLANE? 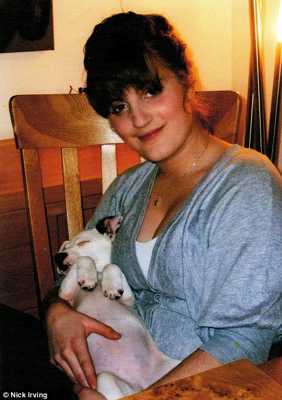 This one is for all of you hairdressers out there, but first for all the smokers: SMOKING DOES KILL! This teenage hairdresser was driving leisurely on a country road on her way to do her mother’s hair. With an upcoming wedding and what I’d describe as a stable career, Jennie had a lot to look forward to before the horrific turn of events. As she went to light a cigarette while rolling down the window, this had a combined effect with a leaking bottle of hair bleach containing hydrogen peroxide which instantaneously turned her car into a fireball. She burned alive while her car veered off the road. One man reported running immediately to the scene to try and save her and feeling hopeless as all he could grasp were her screams. What an awful way to go. As someone who may or may not have a cigarette on certain occasions, I absolutely had no idea these two chemicals together were so volatile and I must say if I’m in a car and someone wants to light up I’m probably going to strongly suggest making sure of what’s in the car first. 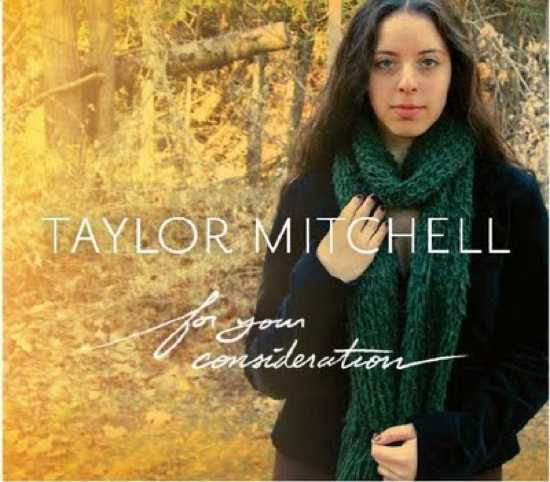 As far as I know Taylor and Jennie have no relation to each other – besides the fact they each experienced horrific deaths. Mitchell, a folk musician from Canada, was hiking alone in a National Park when she was attacked by at least two coyotes and had multiple bite wounds covering all of her body when an official finally arrived to the scene. She was airlifted to a hospital in critical condition yet sadly died the next morning. Now I don’t know if you know anything about coyotes but they usually, no, never attack humans. They’ll attack your dog, your bunny, cats or whatever animal you choose to leave outside in the night, but it’s basically unheard of them to attack a person. Especially in the daytime. I already don’t like hiking but now it seems I have another excuse as I live in the Pacific Northwest where coyotes are rampant. Also after Mitchell’s death, her album “For Your Consideration” was put on iTunes if anyone would like to check it out. I did and I really enjoyed it. 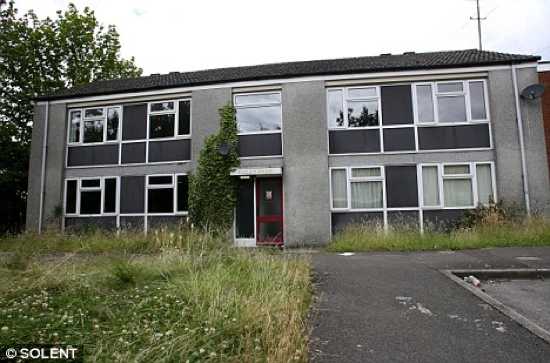 This one is pretty grisly and even more so because he did it to himself. Phyall had received an eviction notice he fought several years to avoid and for a lack of better words, wasn’t going to move out over his dead body. Phyall took an inordinate amount of pills and then timed a chainsaw to go off once he was knocked out setting it on his neck as he lay down and closed his eyes. His plan was very effective as he was discovered 10 days later by cops and paramedics in a state that I’m sure is still haunting them all to this day. It seems that many were offered permissible accommodations, including Phyall, but for some reason for him this was a better solution. This is not only bizarre but the definition of extreme and while I may at my lowest of moments fractionally understand an impulsive decision – sawing off one’s head? I’m not sure of his intention but if it was to make the housing association feel terrible, I’m sure they most certainly did and now would do what they could to prevent this untimely adversity. 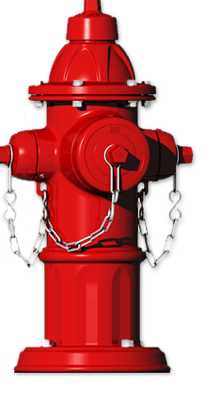 Humberto Hernandez had just recently moved to the states settling in Oakland, CA with his wife and after purchasing her flowers in cherries on their way to dinner he was a part of a freak accident. An SUV, allegedly after blowing a tire, careened into a fire hydrant that flew at a 45 degree angle into the back of Hernandez’ head. He was just a few steps in front of his wife and a motorcycle officer said if he was one step behind or one step ahead the fire hydrant would have missed him. If this isn’t bad luck, I don’t know what is. What should have turned into a leisurely day left his wife a widow on top of having to see her husband die. I have had a tire blow out on me while I was going about 45 mph and I suppose I was fortunate to not have something like this happen to me as I’m sure the young 24 year-old did not deserve to die this way. It’s interesting how many everyday impediments can sometimes be so deadly. 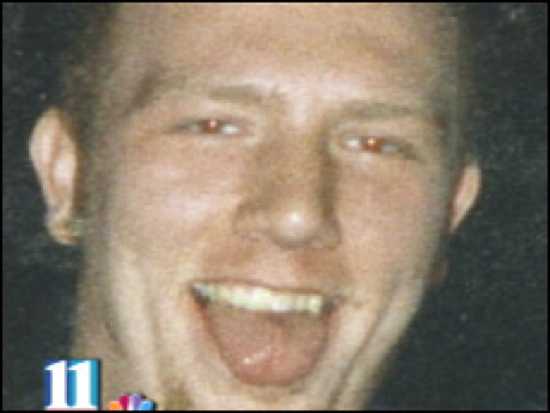 The night started off considerably normal as two male friends went to a bar, had some drinks and then one of them inebriated got behind the wheel and began to drive home. This is where things went downhill. John Hutcherson veered off the road and hit a telephone wire somehow not noticing it decapitated his friend who was hanging out of the window haphazardly. Hutcherson continued to trek the 12 miles back to his house where he went straight to sleep with blood covering his clothes. A neighbor out the next morning with his 1 year-old discovered the lifeless body of Brohm inside the truck in plain view and promptly called the police. I must admit I’ve done my fair share of drinking and am far from bragging when I say there are things I can’t remember so clearly, however I don’t know how drunk you would have to be not to notice this. I conclude this to be an example of a worst case scenario to getting in the car with someone under the influence and I would hope none of us would do this in the future or be the one’s endangering others with stories like this floating around. 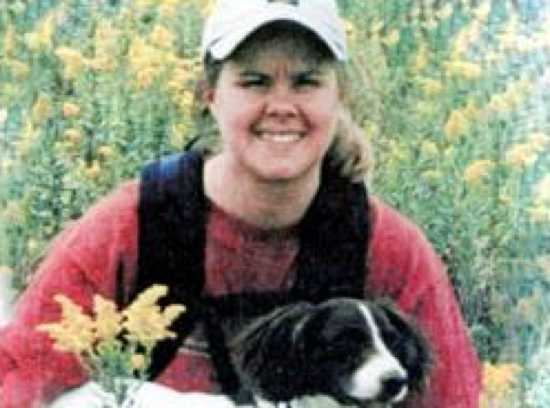 The newlywed worked at a hospital in Minnesota when she walked into an autoclave and was killed. Now I don’t know if you know what an autoclave is because I sure didn’t, so I’ll describe it. Basically it is a high pressured sterilizing machine that functions sort of like a dishwasher. For 15-20 minutes saturated steam reaches a temperature of 180 degrees. It basically would scald you to death. Apparently there had been complaints that the machine was a danger but for whatever reason the hospital wouldn’t replace it. Part of Kraling’s job was to use it to sterilize cages and things of that nature as she worked in the animal research laboratory. For whatever reason, the door shut and instinctively turned on leaving Kraling trapped inside. The hospital ended up being fined about $75,000 but in my opinion there should have been more consequences enforced. In one report I read, it was said everyone is trying to move on and forget about the “accident.” Kraling’s life certainly meant much more than that. 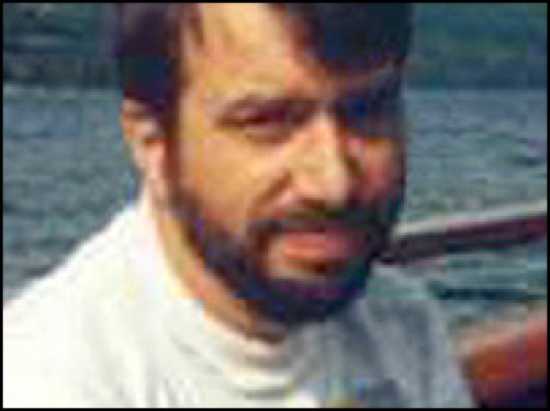 Richard Sumner from England had been afflicted with the well-known schizophrenia when he decided for a fourth time to take his own life. Sumner, also a gifted artist, handcuffed himself to a tree and threw the key out of reach. His skeletal remains were found three years later by a woman out walking her dog in the forest. Sumner apparently tremendously struggled in a last ditch effort to save his life based off the markings on one of his arms. I don’t know how long it would take for a person to die this way but I’d have to imagine there’d be an infinite amount of time to regret such a decision. Sumner apparently was depressed after his disease took a toll on his personal life and had failed the prior three times he attempted to take his life because he didn’t want to upset his family. I don’t know what was different about the fourth time than the other three besides the fact Sumner was successful, but no matter which way you choose to commit suicide I’m sure there is always a moment when you wish you could take it back.