A great popular science book needs to strike a balance between being accessible and entertaining to the general public, whilst being informative enough to satisfy the most inquisitive minds. When an author is successful in doing this, great popular science books are born. To ensure some diversity I have only included one entry per author and excluded books mentioned in other lists. Due to this many other great books by these authors weren’t included. Though most of these are best-sellers this is clearly a subjective list and I would love to hear your thoughts on what could be included in a follow-up list. The list is in no particular order.

10
A Briefer History of Time
Stephen Hawking and Leonard Mlodinow 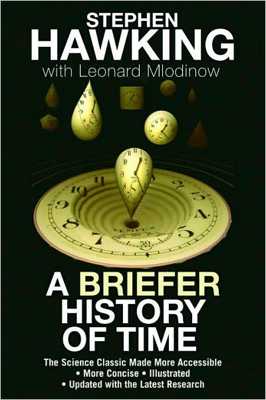 Stephen Hawking is one of the world’s most famous physicists. He is well-known by the general public for his extensive work in theoretical physics, cosmology and unfortunately his debilitating battle with motor neuron disease. A Briefer History of Time is an updated and easier to read version of his 1988 bestseller, A Brief History of Time. The book – like its predecessor – reads like a biography of the universe, and is a great introduction to the world of physics. The Sunday Times sum it up best: “This book marries a child’s wonder to a genius’s intellect. We journey into Hawking’s universe while marveling at his mind.”

9
An A-Z Guide to the Elements
John Emsley 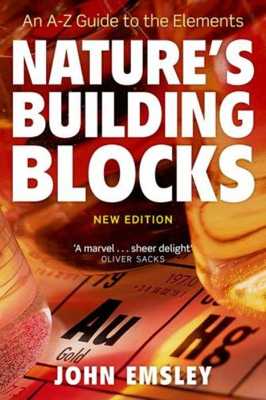 Full Title: Nature’s Building Blocks: An A-Z Guide to the Elements. A chemist and doctor of science turned full-time writer, Emsley is responsible for many popular science books. Nature’s Building Blocks looks at all the elements from Actinium to Zirconium discussing their role in nature, where the element originated, the common uses of the element, how the elements are used in health or illness and loads of other interesting and quirky facts around them. The book serves as a detailed and interesting essay on each element, much like and expanded and entertaining version of the periodic table. 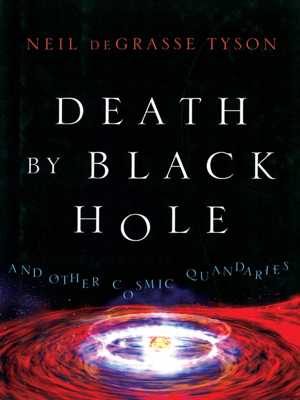 Full Title: Death by Black Hole: And Other Cosmic Quandaries. Tyson is a very charismatic, enthusiastic and entertaining fellow and that is very prominent in his works and media appearances. His book Death by Black Hole is no exception. In it he explores everything from the destructive nature of black holes to the gaffes made in science fiction films. His humorous nature and enthusiasm make this book a very enjoyable read. After reading this it’s easy to see how he got voted one of the most influential people in the world and perhaps even the sexiest astrophysicist alive, a few awards among many that he has accumulated over the years. 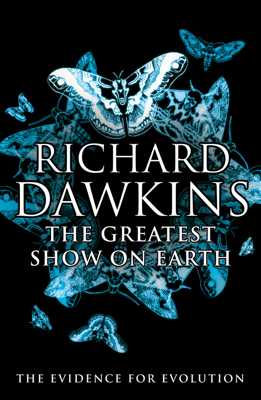 Full Title: The Greatest Show on Earth: The Evidence for Evolution. Evolutionary biologist and prominent atheist Richard Dawkins goes to great lengths providing evidence for evolution in The Greatest Show on Earth. From artificial to natural selection, fossil records, the human genome project and there’s even some plate tectonics for good measure. If you’re familiar with any of Dawkins other works then you already know what to expect from this. If not, then be prepared for a passionate, thorough, witty and depending on your views, perhaps even controversial look at the origin of our species. Also be sure to read the subplots that are in the footnotes for interesting side notes on the main content of the book. 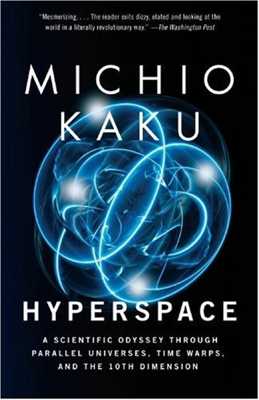 Full Title: Hyperspace: A Scientific Odyssey Through Parallel Universes, Time Warps and the 10th Dimension. Michio Kaku is a theoretical physicist, one of the founders of string theory and a well-known popularizer of science through books, radio, television and film. Much of Kaku’s work focuses on the hypothetical future of Earth and of science, making predictions about humanities future and the future of the universe. His bestseller, Hyperspace was voted one of the best science books of 1994 and it’s easy to see why. In Hyperspace, Kaku looks at string theories proposal of 10 dimensional space time and makes the complex subject approachable by using it to ponder the possibility of time travel and multiple universes. It is a must read for anyone interested in theoretical physics without being lost in the complexity of the equations involved. 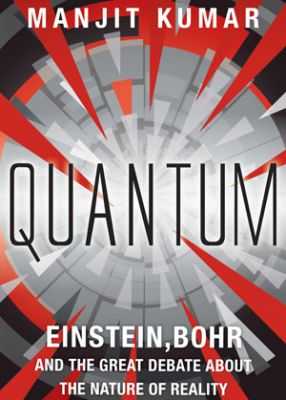 Full Title: Quantum: Einstein, Bohr and the Great Debate About the Nature of Reality. Another physicist and philosopher (there seems to be a trend here), Kumar had written scientific papers for journals, newspapers and co-written popular science books before venturing into his own book, Quantum. Quantum is a biography of quantum physics, centered on the debate between those who did and didn’t agree with quantum theory. The draw of this book is how the great minds of physics went head to head in a battle of the brains around what theory they believed was right. The book gives a history of how physics got to where it is and looks at other notable physicist such as Plank, Schrödinger, Bohm and Rutherford and the concepts and developments they brought to it. 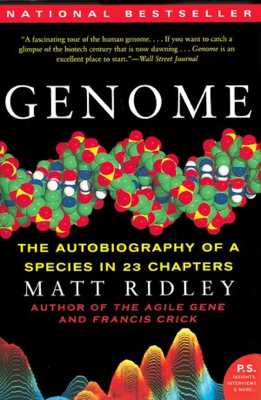 Full Title: Genome: The Autobiography of a Species in 23 Chapters. Matt Ridley is a science journalist and author. He is best known for his books on genetics, evolution and looking at human behavior from an evolutionary viewpoint. Genome has one chapter for every pair of human chromosomes, thus using the book itself as a metaphor for the human body. Each chapter looks at a different pair of chromosomes and Ridley picks a gene from each to discuss throughout the chapter. From looking at these genes he covers the rise of homo-sapiens, an individual’s likelihood of inheriting a disease, and even their ability for language. Genome is a great book to gain knowledge on genetics in an accessible and entertaining way.

3
A Universe from Nothing
Lawrence M. Krauss 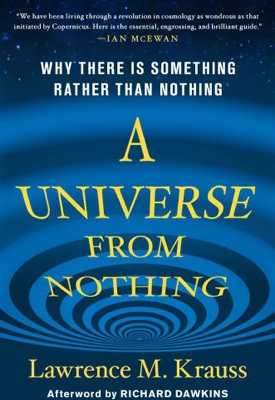 Full Title: A Universe from Nothing: Why There is Something Rather Than Nothing. Lawrence Krauss is a theoretical physicist known for his work on dark matter and for publishing several popular science books. A Universe from Nothing is a New York Time best-seller and the book stays true to the title looking at why and how the universe began from “nothing.” The book aims to be physics’ answer to philosophy’s questions and maybe after reading it you might, like Stephen Hawking, conclude that philosophy is dead at the hand of physics. Either way A Universe from Nothing is a very insightful cosmology book and well worth a read to come to your own conclusion on philosophy’s fate. 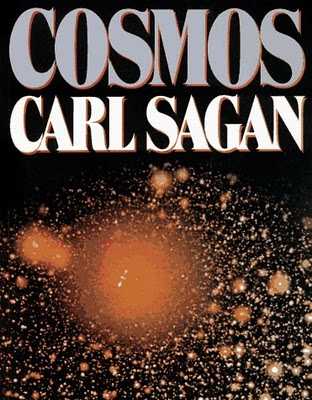 Carl Sagan was a world-renowned astrophysicist well-known due to his work with NASA on extra-terrestrial life. Sagan played a significant role in choosing the contents of the voyager golden record which is currently on-board the voyager spacecraft, soon to be the first man-made object to enter inter-stellar space. Sagan was also well-known for the television series ‘Cosmos: A personal voyage’ the series that this book accompanies and one I can’t recommend highly enough. Though Cosmos was published over 30 years ago it is still a relevant and intriguing read filled with amazing imagery of the universe. In it Sagan looks at the evolution of our universe, the evolution of science, and how people are quite literally the universe conceptualizing itself.

1
Wonders of the Universe
Brian Cox 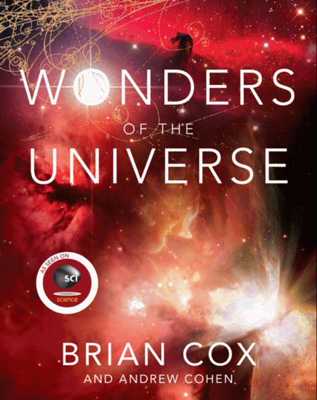 Brian Cox is a particle physicist, a familiar presenter of many BBC documentaries on cosmology and he was even a keyboard player for a pop band! His book Wonders of the Universe compliments his television series of the same name. Using materials found on earth and glorious illustrations throughout Cox makes it easier for his audience to understand the concepts in his book. The book explores the marvels of deep space looking at distant stars, black holes, the death of our sun and so much more. Just like Sagan’s Cosmos this book is also based on a fantastic television series, is beautifully illustrated, and would make a great coffee table book.