We live in a society that appreciates convenience over substance; this is true in multitudinous ways, but none so visible as in the way we eat. Being able to eat on the go and with little to no added effort or cost on the receiving end is a cherished attribute of living in the century we do. Unfortunately, this is done with little knowledge or regard for what actually goes into the trappings of that foil wrapper or styrofoam clamshell. The truth of the matter may be a little more than your stomach can handle (even if you did Supersize your order). Here are 10 questionable – and some downright scary – additives which can be found in your fast food, whether you like it or not. 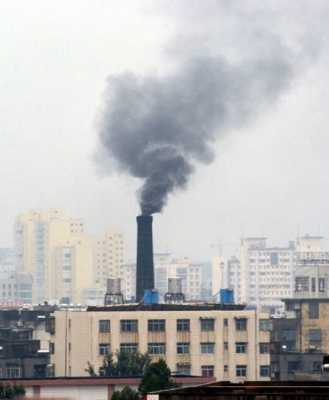 Used to prevent browning as a sort of bleaching agent, sulfur dioxide (a.k.a. coal tar) can be found in fruits and veggies, as well as soft and hard drinks. This preservative, however, has a vicious side: it destroys Vitamin B1 and has caused 12 deaths of individuals with a sensitivity to the substance. Here’s one chemical for which the negligible benefits aren’t worth the cost – or rather, the savings. 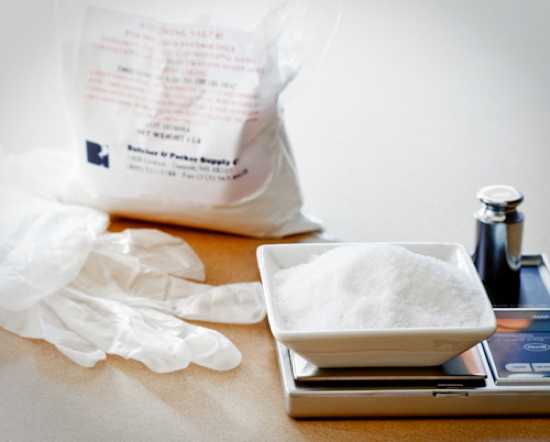 Used primary as preservatives for meat and cheeses – contributing to taste and color – they also can lead to some adverse side-effects for people who intake nitrates on a regular basis. They include: headaches, flushed faces, and difficulties in blood carrying oxygen. Sounding like the disclaimer of a prescription drug ad, here’s another good reason to go organic/grill your own burgers. 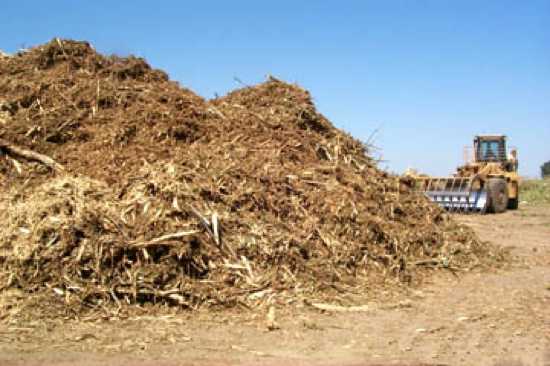 It comes from plants and is actually good for you, as a sort of high-fiber, low-fat substitute for flour and oils; it’s used to thicken foods and toppings like salad dressing, strawberry syrup, muffins, and cheese. The source, however, is a little fetching: processed wood pulp. That’s right, trees. The cellulose in powdered form is attained by either boiling the pulp in chemicals or, with certain types, by exposing it to acid. You’d be hard-pressed not to find some cellulose in whatever you just ordered at the drive-through. 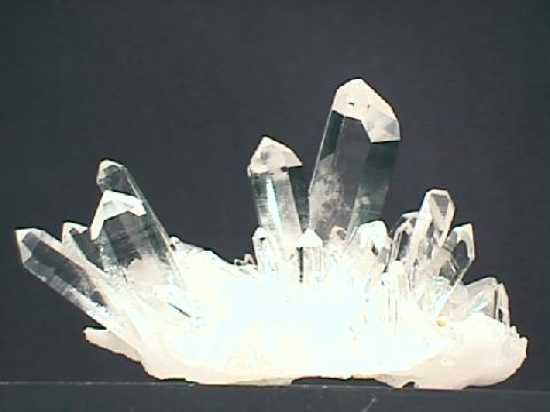 Also known as sand. Used to make glass and cement, it is also used as an anti-caking agent in the chili you can readily order at Wendy’s and Taco Bell. The – err – sand is used to keep the processed meat from sticking together. It isn’t harmful to consume, apparently, but it sure doesn’t sound edible. 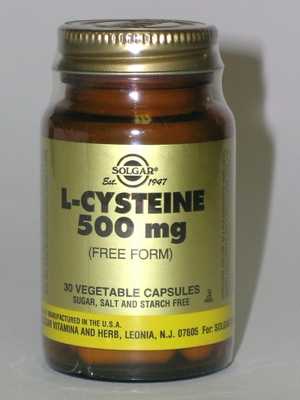 This is an amino acid which helps enhance the pliability of dough, which better suits the machinery. Its common source: human hair and duck feathers. Most fast food – about 80% – uses the duck feathers; it’s what MacDonald’s uses in its pies and rolls. But this wasn’t always the case, as human hair was the original source, making for a sort of quasi-cannibalism. Gross – even if it is just a hair in your food. 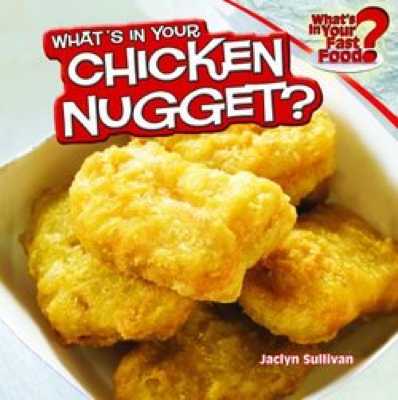 Also known as Silly Putty plastic. It is good for making hand-rolled bouncy balls, photocopying the funnies section of the newspaper, and – in the case of the fast food industry – preventing fryolator oil from foaming. Meaning that anything dipped into that scalding vat of oil – which is essentially everything in any given mall food court – contains a trace amount of your favorite egg-shaped toy growing up. 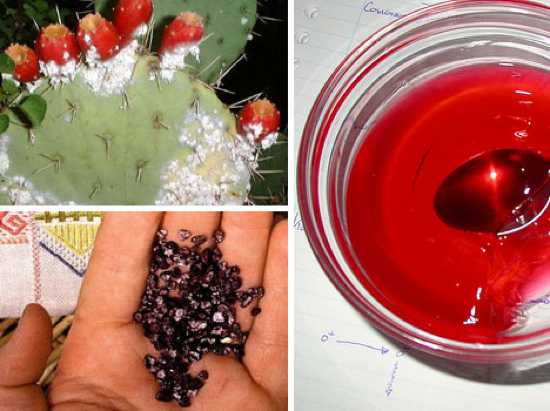 You might recognize this ingredient, a natural food coloring, by one of its many pseudonyms: Crimson Lake, Natural Red 4, Carmine, etc. It shows up in virtually everything, from soft drinks to desserts to jam and gelatin. But its source is a little irking: the cochineal. Go Google it right now. Yep, it’s a bug – in particular, a scale insect. The dye is derived from dried crushed females. Also in the same family of this insect is the Lac Beetle, which is where “confectioner’s glaze” comes from, as does shellac – you know, that thing your dad used to finish the coffee table with. 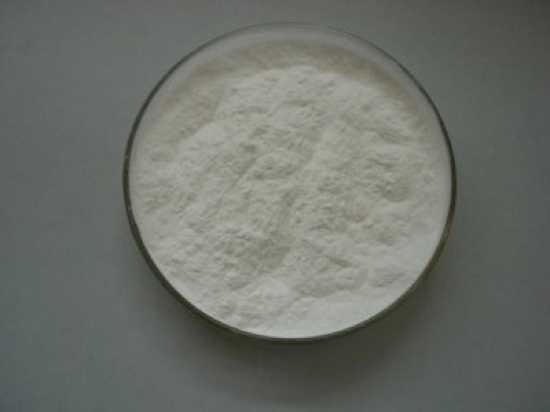 This petroleum-derived preservative shows up in beauty products, lacquers and varnishes, and most of what appears on the McDonald’s dollar menu – Fruit and Walnut Salad, the McGriddle, and Chicken McNuggets. 5 grams of this stuff can kill you, 1 gram can make you seriously ill, and while it’d take 11 pounds of McNuggets to even attain that much, it’s still horrifying to know that the FDA actually approved this stuff for general consumption (even if it is limited to 0.02% of the food item’s oil and fat content). 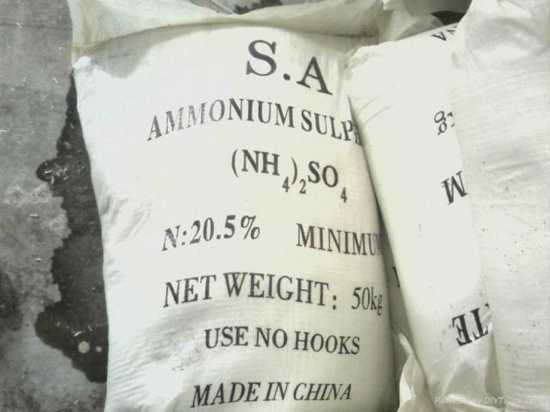 Distributed by chemical companies, it serves the role of a a sort of food for bread yeast (as if sugar wasn’t good enough). Its other purpose – ready the vomit bag – is as a fertilizer for alkaline soils. It is also used in pesticides to enhance their target effectiveness (not lethal by itself). And here you see how it’s not just the livestock and crops of a farm that goes into your food, but the very farm itself. 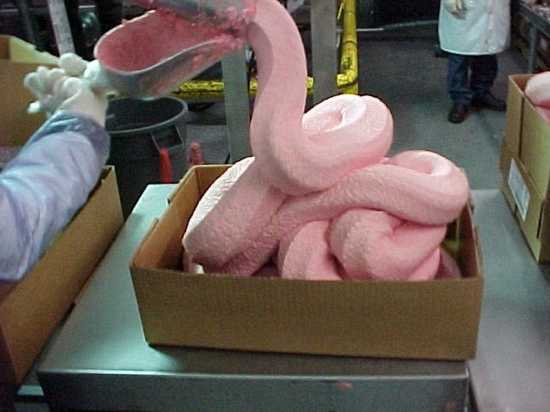 This vomit-inducing, Ghostbusters-ish fast food additive has been covered by many news sources. While it is legal (and regarded as “generally safe” by the U.S. Department of Agriculture), McDonald’s has decided to discontinue allowing it into their beef, probably for all the bad press – it should be noted that only after McDonald’s finally caved did Burger King and Taco Bell drop their Alfred E. Newman-esque “What me worry?” stance on the matter. The truth is, this pink slime is sprayed with ammonium hydroxide which is used to kill off any possible bacteria. It can also be found in myriad household cleaners, fertilizers, and even homemade bombs.

For fun I have included the list of ingredients in McDonald’s Chicken Nuggets here: