Fast food is such a convenience sometimes. Not only does it fill your belly but it also makes you feel happy. The crisp bite of a french fry, the delightful taste of fresh meat, and the oozing goodness of melted cheese. It’s enough to drive you crazy.

Occasionally, a customer knowingly plants something in his food to score a free meal or a cash settlement. If the fast-food chain catches on to a customer’s scam, it can have devastating consequences for the makeshift con artist.

Yet, in some instances, the customer isn’t the problem. Imagine finding a hair in your fried chicken wings. That wouldn’t be nearly as bad as finding a whole chicken head, fried to a crisp and perfectly intact.

Food contamination occurs more frequently than we’d like to believe. It can pose a health risk and seriously damage a fast-food chain’s image. Sometimes, these incidents happen due to the incompetency of the restaurant staff. Other times, the problem occurs at the fast-food chain’s manufacturing plants.

Either way, here are 10 of the most horrifying things ever discovered in fast food.

Warning: Some of these stories are gross. Don’t read while eating. 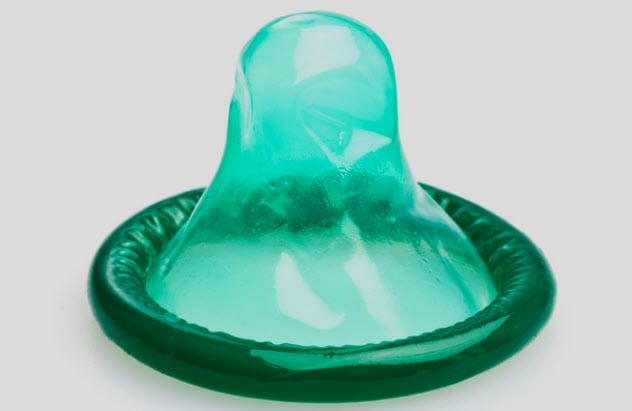 In Fribourg, Switzerland, a seven-year-old girl discovered what looked like a balloon in her McDonald’s Happy Meal. It was stuffed between her french fries. Being a curious little cub, she took it to her mom and asked why this “balloon” was so oddly shaped.[1]

Naturally, her mother was horrified. She called the police, who took the “balloon” for analysis to determine whether the condom was a health risk for the child.

The McDonald’s in Switzerland declined to comment on the matter because of the ongoing investigation. Perhaps the chef was a little too happy when he made the “Happy Meal.” 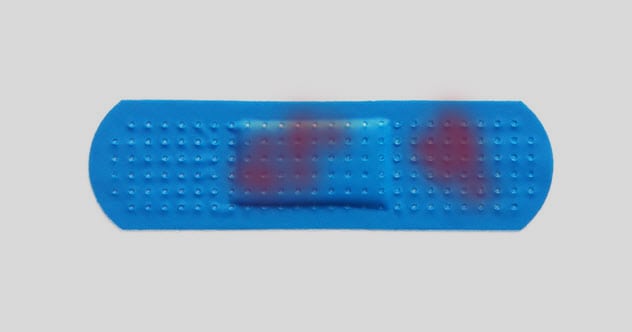 Although it can be upsetting to discover the wrong toppings on your pizza, Ken Wieczerza from Ballston Lake, New York, probably had it worse than most of us. He bit into a bandage (that still had blood on it) on his slice of pie.

Luckily, he noticed the texture and spat it out before he could swallow it. The bright blue piece of medical wrapping was baked into the bottom of the crust, concealing it from its unfortunate victim. He tried to sort out the matter with Pizza Hut, the company that owns the restaurant from which he bought the pizza, but company officials stopped returning his calls.

Wieczerza said that he wasn’t out to destroy the company’s name. He simply wants them to pay for tests on the blood found on the bandage to make sure it isn’t contaminated by any diseases. He kept the bandage in a freezer as evidence while he sought legal advice.[2] 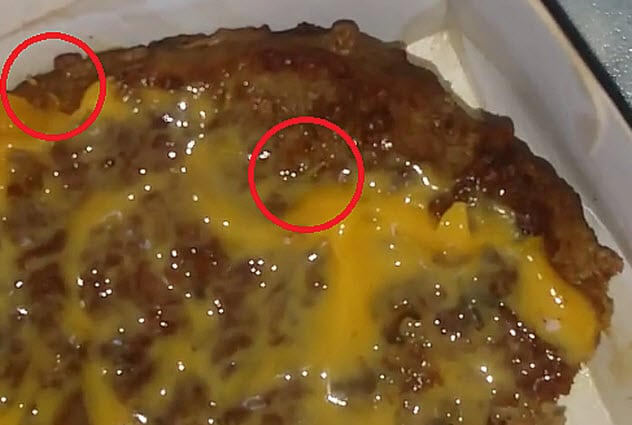 A woman from Sydney, Australia, went to a McDonald’s restaurant to enjoy a Big Mac with her friend Michael. After Michael had finished his burger, she started to eat hers. She took a bite and recoiled when she noticed small wormlike creatures crawling around in the meat patty. Regrettably, she showed it to Michael, who jumped up and raced to the bathroom to vomit.[3]

A spokesperson for McDonald’s Australia said that the maggots couldn’t have come from one of their restaurants as their food is cooked at “incredibly high temperatures.” Since the maggots could still be seen moving around in the meat patty, how did they manage to survive the intense heat of cooking? 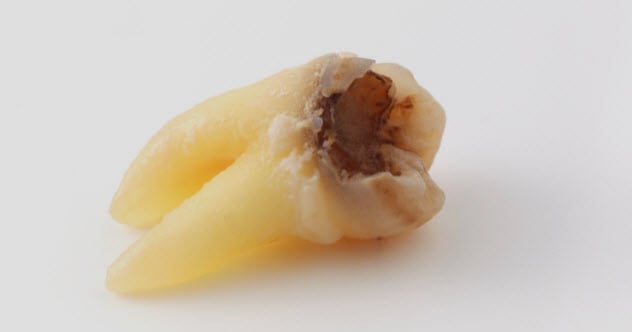 About four years ago, a customer from Japan complained after finding a human tooth in his french fries. McDonald’s has apologized for his experience. However, there are reports of other incidents that occurred at the same restaurant.[4]

According to what the restaurant has admitted, a different customer found a piece of plastic in an ice cream sundae, while another discovered a piece of vinyl in his chicken nuggets. McDonald’s Japan said that they’d work hard to stop such incidents from happening in the future. 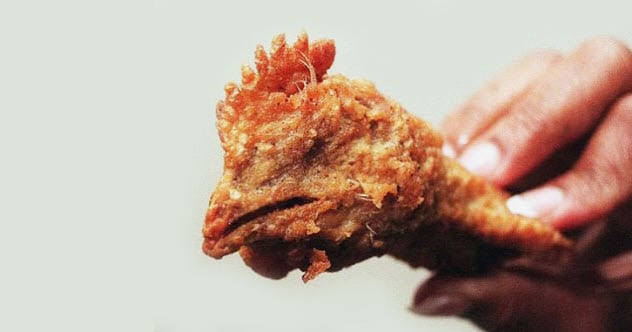 Back in 2000, Katherine Ortega purchased a box of chicken wings at a McDonald’s restaurant, only to find the head of a chicken battered, fried, and fully intact. She was dishing the meal up for her children at home when she noticed one of the wings had an odd shape to it.

The story spawned countless articles in newspapers and even earned a place in The Washington Post. Although many scenarios exist as to how and why this may have happened, a few excellent points have been made.

USDA employees had never heard of anything like this, but they quickly added that they don’t dismiss Ortega’s claims.[5] 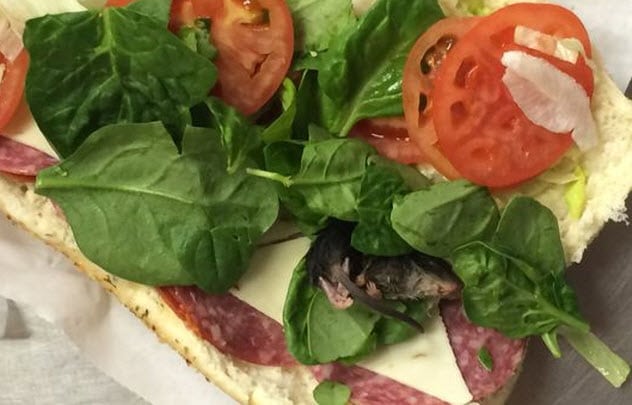 Customers of a Subway restaurant in Lincoln City, Oregon, may have unknowingly been eating spinach tainted by a dead rodent. The state health department said that the episode didn’t put anyone in danger of becoming sick, but it sure did make an impact on the business’s name. Health inspectors had consulted with physicians about the circumstances and concluded that the risk of becoming sick would be very low.

Matt Jones, who discovered the dead animal in his friend Jay’s sandwich, took a photo of it. His first reaction was to laugh because he was in utter disbelief about what was in front of him. His friend was obviously revolted at the sight.

According to the staff of the establishment, Jay wanted some spinach on his sandwich. The employee who prepared the food scooped the last bit of spinach out of the batch and slapped it onto the sandwich. That scoop contained the rodent. This means that everyone who ate spinach from that batch came into contact with food contaminated by a dead animal.[6] 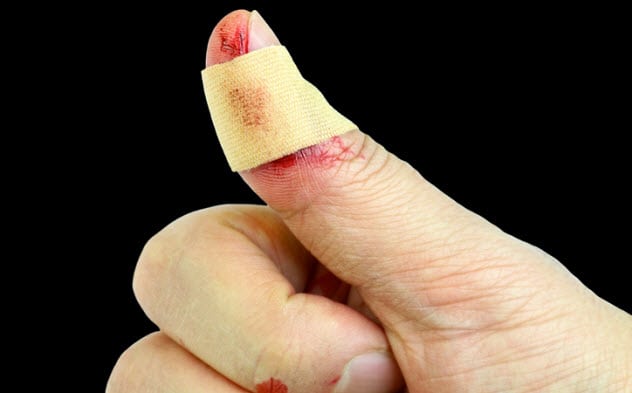 While eating a sandwich from the Arby’s restaurant in Tipp City, Ohio, David Scheiding discovered a slice of skin on his chicken sandwich. It was about 1.9 centimeters (0.75 in) long and looked like it had fingerprints on it. Scheiding felt sick and made a dash for the bathroom.

Miami County health inspectors had a chat with the restaurant manager. He was wearing a bandage on his right thumb, which was covered by a latex glove. He explained that he had cut his finger while shredding lettuce. He sanitized the area after the mini-bloodbath but didn’t throw away the lettuce. Scheiding’s sandwich had lettuce on it.

Scheiding filed a lawsuit against GZK Inc., the owners of that Arby’s restaurant, after rejecting a settlement offer from them. He sued the fast-food operator for more than $50,000.[7] Although many news outlets reported the filing of the lawsuit, we couldn’t find a story about the outcome. 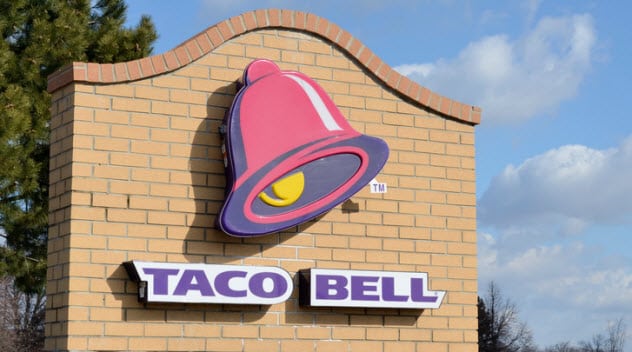 A woman from a Louisville KFC/Taco Bell fast-food establishment claimed that she found smears of human blood all over her order. This was after she and her one-year-old daughter dug into their meals on the way home. There was blood smeared all over the outside of the wrappers and even inside where the food came into contact with the bloody wrappers.[8]

Briana Ralston, the unfortunate victim of this case of food contamination, called the Taco Bell to complain. She was told that the blood had come from an employee who had cut her finger. Ralston went on to contact a lawyer, the health department, and the local media to make her story known. 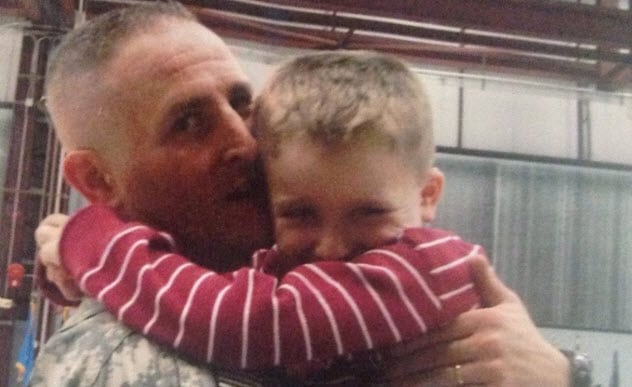 Clark Bartholomew, a retired soldier, sat down for a meal at a local Burger King on Schofield Barracks, Honolulu. He was treating himself to a Triple Stacker when he felt something strange pass down his throat. Thinking nothing of it, he kept eating, only to feel something pierce his tongue.

He had pricked his tongue with a (possibly contaminated) needle and swallowed one as well. The ingested needle managed to lodge in his small intestine.

Despite several settlement attempts by the restaurant, Bartholomew still wanted to sue Burger King. Eventually, he reached an out-of-court settlement with the fast-food chain.[9] 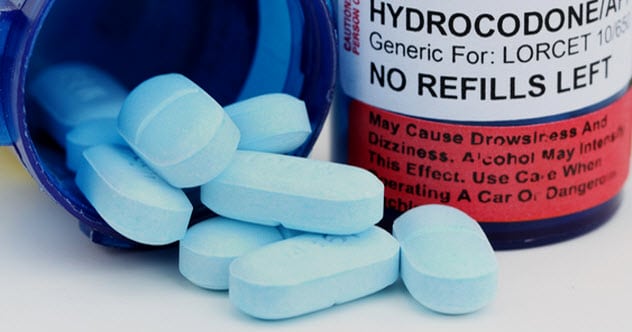 In 2010, two customers each found a mysterious blue pill in the meals that they had purchased from a Burger King in Jacksonville, Florida. One was a 21-year-old woman who called the police after she spat out the blue pill. Then she went to a local fire station to get checked out, unsure of what the blue pill’s effects could be. The other customer was a 58-year-old man who discovered the blue pill in a fish sandwich he had bought.

Turns out that the blue pills were hydrocodone, a painkiller. After an intense investigation, the police learned that an employee named Woody Bernard Duclos had prepared the sandwiches. According to a supervisor, Duclos had been suspended for misconduct unrelated to the case at hand. He was arrested and pleaded guilty on two charges of poisoning food with the intent to kill or injure someone.

Another Burger King employee was arrested in connection with the case on charges of purchase or possession of a controlled substance with the intent to sell. That employee was accused of selling three hydrocodone pills to Duclos for $10.[10]