In Saudi Arabia there are no specific statutes or laws to govern by. The sole constitution that is used is the Quran, which all judges have to interpret conservatively. Many actions that are considered illegal have no actual written laws to ban them – a lot of them are not even addressed in the Quran. Some of these bans also occur in other countries, but this list is specifically about Saudi Arabia since I was born there and I grew up (along with millions of others) shackled by these laws. The general rule in regards to the legality of something is that if it is suspected to be “haram” (forbidden or clashing with Islamic law or may lead people astray from Islam) then suspicion alone is grounds for banning it. 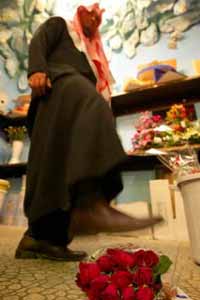 Banned: Selling or wearing anything red on Valentine’s Day

Every February 14th entails the same procedure; flower shops and gift shops are prohibited from selling red roses, anything heart-shaped or red for that matter on that day by the “Committee for the Promotion of Virtue and the Prevention of Vice” (CPVPV) otherwise known as the Religious Police. The penalty for violating that rule would lead to the store being shut down. Also on that day, schoolgirls are prohibited from wearing anything red – not even a red scarf. Any girl that shows up to school with a hint of red is barred from entry and is sent home to change whatever it is that is red. The usual reasoning for banning anything red on Valentine’s Day is to discourage people from celebrating it (as it is not an Islamic occasion and it may lead people “astray”) and to prevent people dating or from having any contact outside marriage. 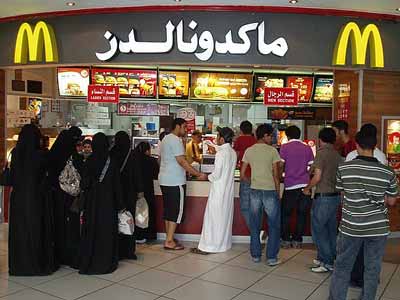 Banned: The mixing of sexes at malls and restaurants

In many malls in Saudi, only “families” are allowed. And by families, they mean either women visiting a mall by themselves, or men who are accompanied by women. Mall security would not allow a group of men or a single man to enter unless a woman is with them. This is especially true mainly for Saudi men, while many non-Saudi men (especially Western expats) are allowed in with no problems most of the time. As for restaurants, there are typically two sections: one for families and one for singles, according to the same designation as mentioned before. In a mall McDonald’s for example, there would be two separate lines for men and women. In a standalone McDonald’s restaurant, however, there are two completely segregated sections so the men on their own would not mingle at all with the women and men on the other side. 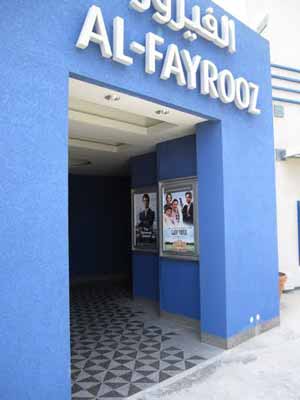 Movie theaters are prohibited and they are only located within private company compounds, such as theaters at Saudi Aramco residential camps. The usual reason given for banning them is that they allow for men and women to mingle unsupervised, leading to possible immoral actions outside the realm of marriage. For this reason, many Saudis who live close to the island nation of Bahrain drive over there on weekends to watch movies and drink, since alcohol is also prohibited in Saudi Arabia. 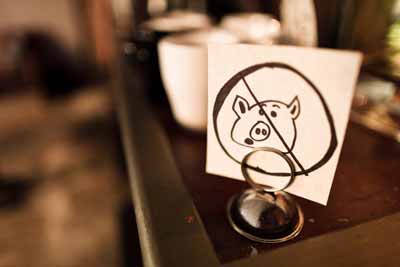 Since Saudi Arabia operates under Islamic law, all food entering the country must be “halal”. It is a country that considers all its citizens to be Muslim and any non-Muslim expats have to abide by its strict rules as well. Furthermore, because Saudi Arabia contains the two holy mosques, it considers having any pork inside the country desecration. Many other nations have similar laws restricting access to pork but they have never outright banned it, in order to accommodate their non-Muslim citizens and expats. 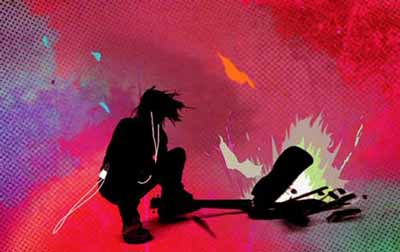 Music is legal in Saudi Arabia and there is an active music industry. However, there are no formal schools to teach music. The general attitude for many religious people is that music is forbidden; malls and stores do not have music playing through speakers in order not to offend religious customers.

Because of this attitude, schools and universities do not teach music (curricula have to follow Islamic law). Islamic classes have lessons outwardly proclaiming that music is forbidden. Those who master singing or playing an instrument either teach themselves, are taught by a tutor or learn abroad. Despite all this, there is an underground culture of rock bands and concerts hidden away from the eyes of religious officials. 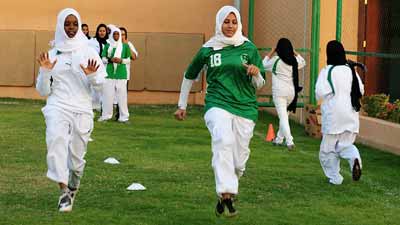 Banned: Gyms and sports for women

For a while, private gyms for women were allowed to operate until the Religious Police decided to close them down for good. In girls’ schools and universities, there are no gym classes or sports teams, and therefore there are no professional women’s teams. Saudi Arabia faces a ban from the International Olympic Committee for never sending out any female delegates and the Saudi Olympic Committee was only able to find two girls, one of whom was born and raised and trained in the United States. 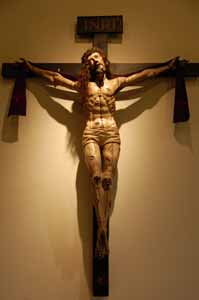 It is against the law for non-Muslims to worship in public in Saudi Arabia and there are no houses of worship to cater to non-Muslims. The main reason, yet again, is because the two holy mosques are located in the country and that is would be blasphemous for churches or other places of worship to exist there. If anyone converts from Islam or abandons religion, they face the death penalty. The ban is not just limited to places of worship but even extends to personal religious items such as religious books (Bibles, for example) and symbols, such as crosses and crucifixes. All of this is in an effort to prevent non-Muslims from sharing their ideas with Muslims and possibly converting them. 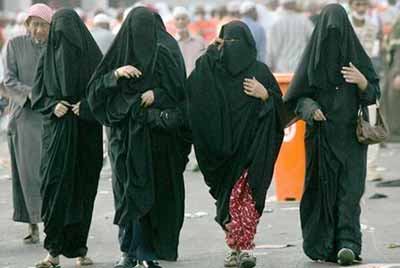 Women are not allowed to do most of the jobs that men can do in Saudi Arabia. Industry-wise, the sole company that employs female engineers is Saudi Aramco, the largest oil company in the world. Other companies would not be allowed to hire women as engineers. Most women work in either education or the medical field. Women have only recently been allowed to work as store clerks or at department stores. At the time of writing, a few hypermarkets have allowed women to work at checkout counters and some department stores have allowed them to work there as well. These companies require employed women to cover their faces at all times while working. One notable place of business where women are absent from is the lingerie store, which are still fully staffed by men. 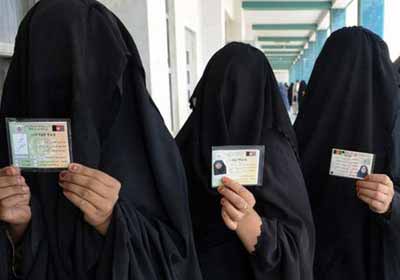 Over in Saudi Arabia, women cannot travel alone without a specific form or an electronic authorization. This ban is only lifted when a woman turns 45. Women under 45 must either travel with a husband or father or else hold a permission form signed by a male guardian. Recently, an online travel authorization system was initiated in which the male guardian can make these arrangements less bureaucratic. Many male family members are understanding and allow the women in their families full freedom in leaving or entering the country. However, a good proportion of society views freedom of mobility for women as something that could lead to immorality and thus strictly forbid women in their home from leaving the house, let alone the country.

1
Women Behind the Wheel 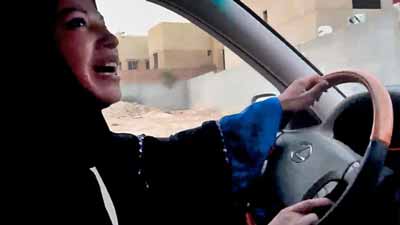 This is the most notorious ban involving Saudi women. Women have never been allowed to drive unless they drive in the desert or inside private compounds. Otherwise, families have to hire private drivers to take women to work and elsewhere if the men in the household have no time. The main arguments for preventing women from driving are that it may cause women to leave their houses more often than they need to (which is frowned upon); they may have interactions with unrelated males and the need to uncover their faces.

Every few years movements rise up calling for women to be allowed to drive, mostly in the form of a protest in which women dare to go out and drive their cars – risking arrest and job security, among other things. A number of women tried to obtain driver’s licenses, but were shocked to find out that the computers at license offices aren’t able to look up their information when their ID numbers are entered, as the database only includes men.