When it comes to things we use in our day-to-day lives, we’re largely aware of what they’re supposed to do without having to consult a manual. From simple things like toothbrushes to complicated machines like cars, there’s hardly anything we don’t know about them, as we’ve been using them day in and out for so long.

Many of those things, however, come with their own set of hidden and weird features most of us have no idea about, despite using them regularly. How many times have you looked at a strange hole or misplaced button in something you frequently use and wondered what it’s for? The answer may well be “absolutely nothing” for a few of them, but in general, those oddities are conscious design choices that serve specific purposes.

10 The Tiny Holes In Plane Windows Are Crucial 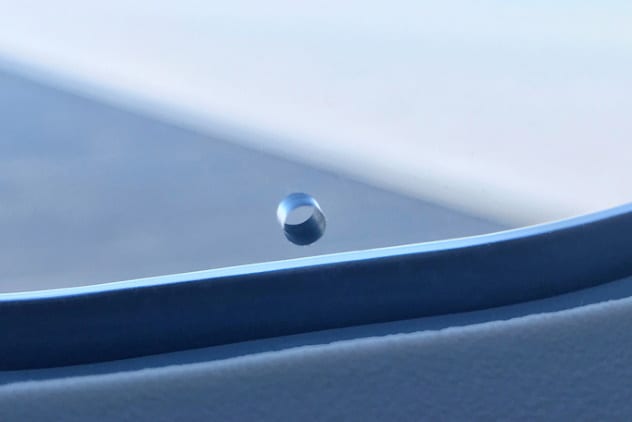 If you’re one of the people who always go for window seats in an airplane, chances are that you’d have spotted a tiny hole in the window. Now, having a hole anywhere on an airplane is risky business, let alone at the one place that seems most likely to break in case of an emergency. So, what gives?

The holes are almost always on the outer layer of the windows and serve a few important purposes. For one, they keep the windows from fogging up like cars during winter, as the temperature outside is almost always lower than cabin temperature. More importantly, though, they minimize the pressure on the outermost windowpane by distributing it among the inner layers, as the difference in pressure inside and outside the plane is quite massive. Without those holes, we’d likely see a lot more plane crashes due to cracked windows than we do now.[1]

9 The Tiny Buttons On Jeans Make Them Extra Sturdy 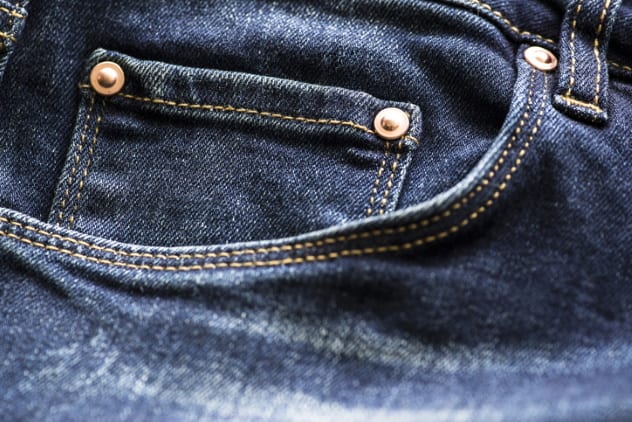 Denim jeans have remained largely unchanged since they were first invented in the 19th century, both as everyday attire and a high fashion staple. It makes sense, too, as jeans are sturdy and can be worn in almost any type of weather.

If you take a closer look at your favorite pair, you might notice quite a few tiny buttons around the pockets that don’t seem to serve any purpose at all. We just assume that they’re there to enhance the overall look of the jeans. Now, they may well do that—as jeans would look quite weird without them—but they’re actually there for another reason most of us don’t know about.

Known as rivets, those buttons were originally meant to keep everything together, as jeans of yesteryear were supposed to be more sturdy than fashionable. They had a higher chance of falling apart than other types of trousers, as they were largely worn by professionals carrying heavy tools in their pockets, like loggers and miners. The rivets protected the fabric from tearing under heavy load, which is also why denim jeans tend to stay intact around the pockets for a ridiculously long time.[2] 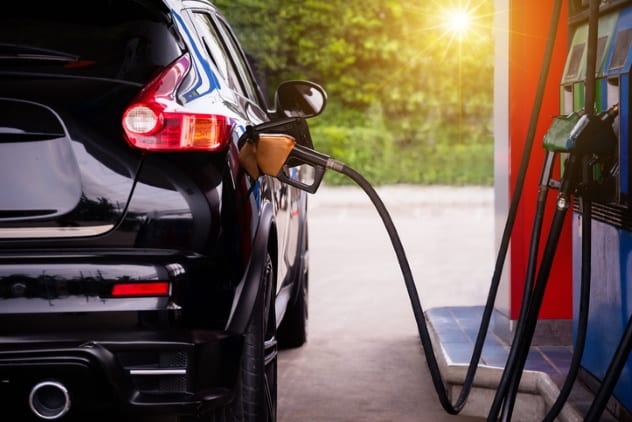 Ever wondered what would happen if someone drove off with the nozzle of the gas pump before it was safely detached from their car? It sounds like a dangerous outcome, as spilled gas could catch fire. A leak at a gas pump because some stupid person forgot to unplug the nozzle sounds like a recipe for disaster.

Thankfully, though, the manufacturers seem to have thought about it long before we did. Every gas pump nozzle has a breakaway device at its other end. If pulled on with enough force, the hose will come off, and the gas will be kept from leaking everywhere. It’s quite a frequent occurrence, too. Even if we don’t have the precise numbers on this—as human stupidity can’t be accurately quantified—one gas station owner who was interviewed said that someone drives off with the nozzle in their car at least once every month.[3] 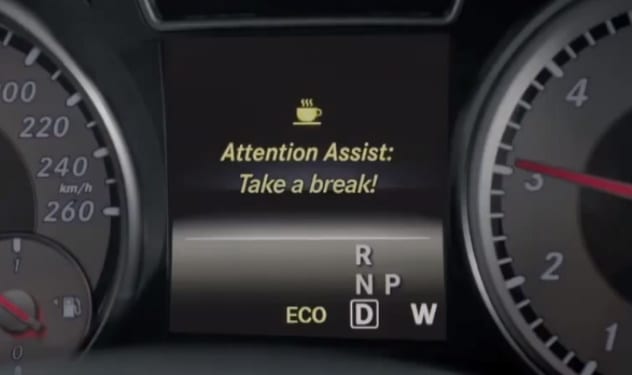 While this doesn’t apply to everyone, as it’s not yet a feature of all cars, it has quickly been adopted by many car manufacturers around the world due to its utility. If you own an Audi, Volvo, or Mercedes (among others), you may have occasionally come across a flashing coffee cup sign on your dashboard. It’s not just your car playing a prank on you; it’s the vehicle’s built-in mechanism suggesting that you take a break.[4]

Cars from some manufacturers come with their own drowsiness detection system. They monitor various things like speed, lane deviation, and wheel angle to determine when you’re about to fall asleep, as so many of us have felt like doing in the past. When the car detects drowsiness taking over, it makes an audible sound and flashes the coffee cup sign to alert you, as falling asleep while driving can indeed be quite dangerous. 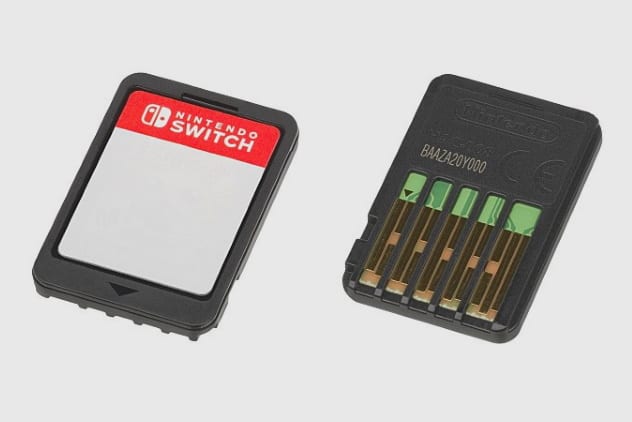 Accidentally swallowing game cartridges may not be a problem for you as an adult—unless you’re just a weird person—but it definitely is for kids. Infamous for putting anything they find in their mouth to see if it tastes any good, many children around the world have been sent to the ER for getting small game cartridges stuck in their throats. Or at least that was the case until cartridges became obsolete.

Nintendo, though, still makes cartridges and had to come up with a way to stop kids from choking on them. Nintendo Switch cartridges are intentionally coated with chemicals that leave a horrifyingly bitter taste in the mouth, as anyone who has ever (inexplicably) tried it out can tell you.[5]

5 Cars Have A Latch For People Trapped In Trunks 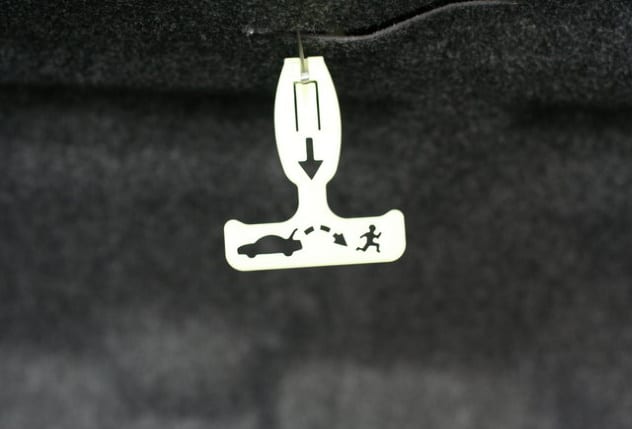 People getting stuck in the trunks of cars is a worryingly common occurrence in horror and crime movies. If you ever find yourself in that situation, just remember that all cars are required to have an emergency latch to open the trunk from the inside.[6]

The latch is designed so that even toddlers can open it, and the law to include it in all cars has been in effect since 2001 (at least in the US). The handle glows in the dark, too, making it easier to locate in case you unfortunately find yourself in a real-life murder mystery situation. It can even be pulled with the mouth if your hands are tied up. 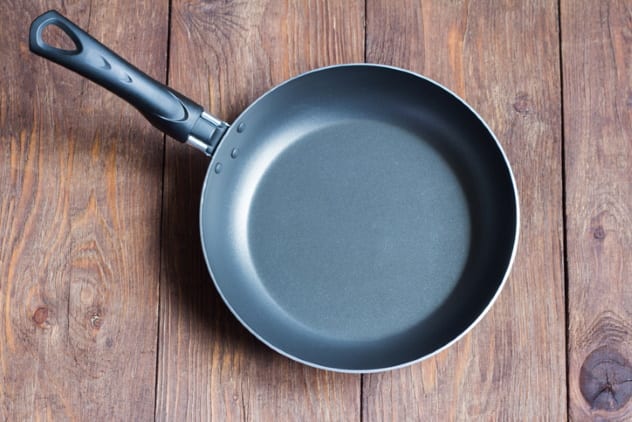 No matter where you go in the world, many pans have holes in their handles. It’s not a particularly pleasant-looking design choice, though it does make it easier to hang the utensils up on the wall when they’re not in use. While it can—and should—be used for that, it’s actually meant for another purpose altogether.

The hole is actually there to hold the messy spoon while you’re cooking, which is often a problem, as there’s frequently no other place to keep it other than in the pan. It’s especially handy for spoons made with plastic, as you can’t leave them in the pan for long periods of time.[7]

3 The Utility Knife Lasts Way Longer Than We Think

Almost everyone reading this has made use of a utility knife at some point in their lives, whether for primary school art class or fixing minor stuff around the house. Despite how frequently we use them, though, we still don’t quite get utility knives. Most people tend to throw them away as soon as the edge becomes blunt and useless, not realizing that they can just make a new edge whenever they want.[8]

If you take a look at the blades of most utility knives, you’ll see that they’re made up of many parallel sections. It’s common in knives found around the world and is definitely not an aesthetic design choice. Those sections can be broken off with the cap found at the bottom as soon as they get blunt. Then, you’ve got a brand-new blade you previously had no idea existed. 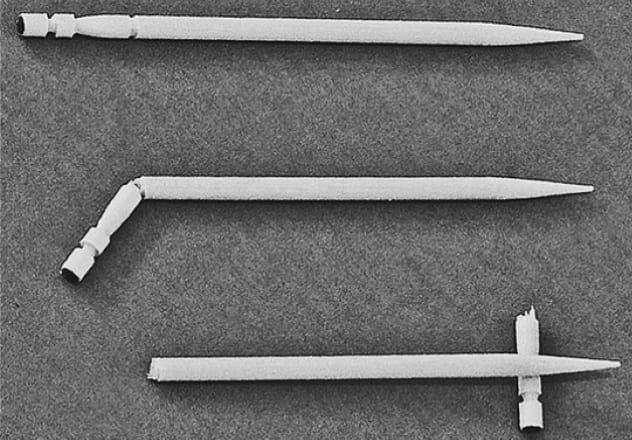 There are few things more annoying than getting something stuck in your teeth and not having access to your toothbrush to get it out. That’s where toothpicks come in, even if you have to be a bit sneaky about it or risk looking like a buffoon picking his teeth at a public gathering.

If you look at Japanese toothpicks, you’ll notice a small section at the blunt end. If you thought it’s there to give you a better grip, it’s not. In reality, it’s meant to serve as a stand for the toothpick while you’re eating, as everyone knows that it’s scientifically impossible to pick up a toothpick off a smooth surface with your hands. Just break that section off, place the toothpick on it, and put it on the table before you eat.[9] 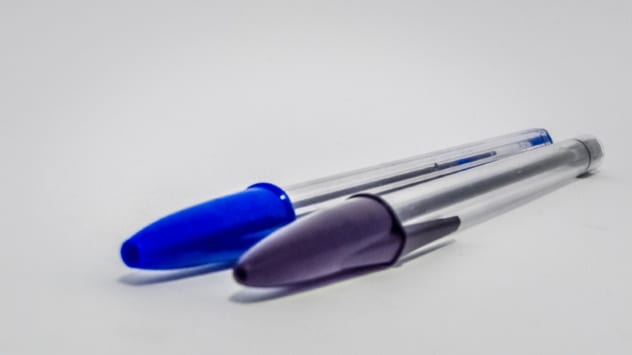 Many pens have caps with visible holes in them. If you’re really talented, you can use such a cap as a working whistle. They don’t seem to have any other utility otherwise, though, so why would pen caps have holes that don’t even look that good?

The answer is, like other entries on this list, “because of kids.” As many students tend to play with the cap while using the pen at school, they risk accidentally swallowing them. Without the holes, the caps would almost certainly choke anyone unfortunate enough to do that. The hole provides a passageway for the air to pass through until you can get emergency care.[10]

While some pen manufacturers don’t include them in their designs, most of them do, as a pen cap stuck in the throat without those holes can be fatal.

Read more surprising facts about things you see every day on 10 Explanations For The Color Schemes Used On Everyday Things and 10 Everyday Things That Were Invented By NASA.