Is there anything more nauseating than seeing a normal, everyday object re-made with added diamonds and covered in gold, quadrupling the value without adding any practical value? Ok, maybe a lot of things are more nauseating, but you have to admit it’s pretty gross. 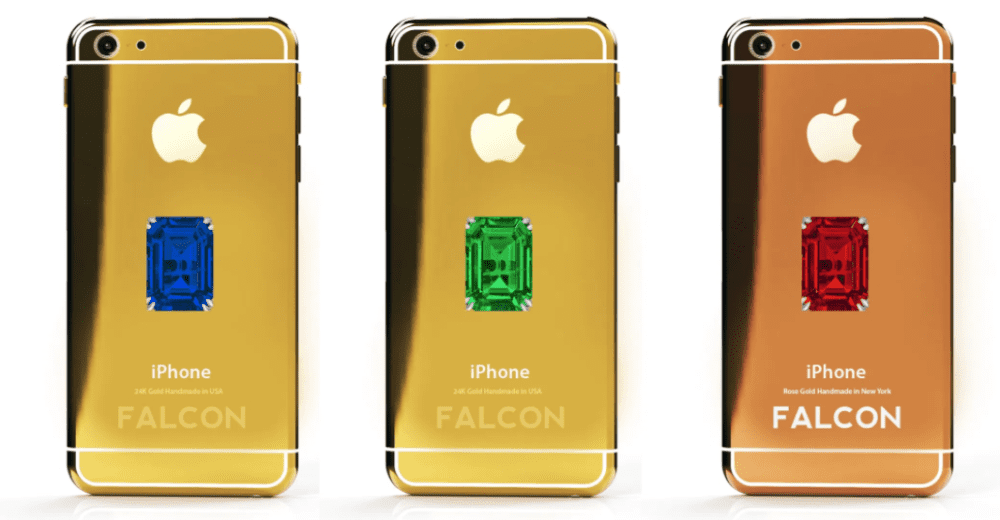 “What? You’ve still got your old iPhone 6? Jeez, get an upgrade” is not what you’d hear if you had this ridiculously expensive phone. If owning an Apple product wasn’t enough of a prime example of crass consumerist peacockery already, why not get one slathered in 24-carat gold, a platinum handset and a gigantic pink diamond plonked on the back? Oh right, the price tag.

Falcon, purveyors of luxury crap, released the SuperNova iPhone Pink Diamond and sold a grand total of 2 units (that the author is aware of – one was sold to the wife of India’s richest man and another to co-owner of cricket team the Mumbai Indians, Nita Ambani).

Just two units sold? That’s a pretty poor sales team – until you realise that this netted Falcon a cool $97 million. Add to this the fact that they probably sold more than two in reality (most buyers would probably want to keep the fact they own a $43.5 million near-obsolete phone on the down low), this is a great example of an overly-blinged item that’ll soon be as useful as a mink fur-covered minidisc player.[1] 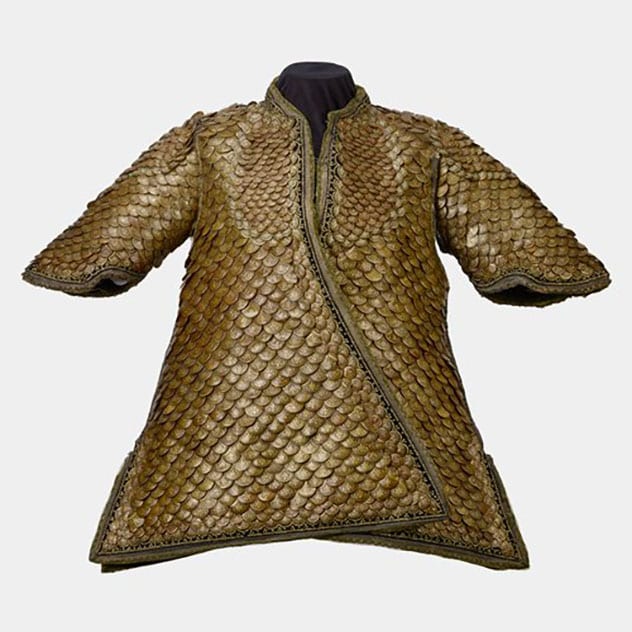 What do you get for the guy who has everything? How about some pangolin scale armour that has been lacquered then gilded? That’ll probably suffice.

Scale and lamellar armour have been employed by many cultures over the millennia – from the Scythians to the Japanese – the overlapping scales that mimic animals like reptiles and fish were an effective choice before metallurgical technology advanced enough and firearms gained greater prominence, making all armour save steel plate all but obsolete.

This coat of plates didn’t simply mimic animal scales, they were actual animal scales – one well-aimed crossbow bolt and old King Eddie would be toast. Given that this was 1876 and not 876, he wouldn’t so much as watch a battlefield from a great distance, let alone fight on one. Still, it’s very pretty, isn’t it?[2] 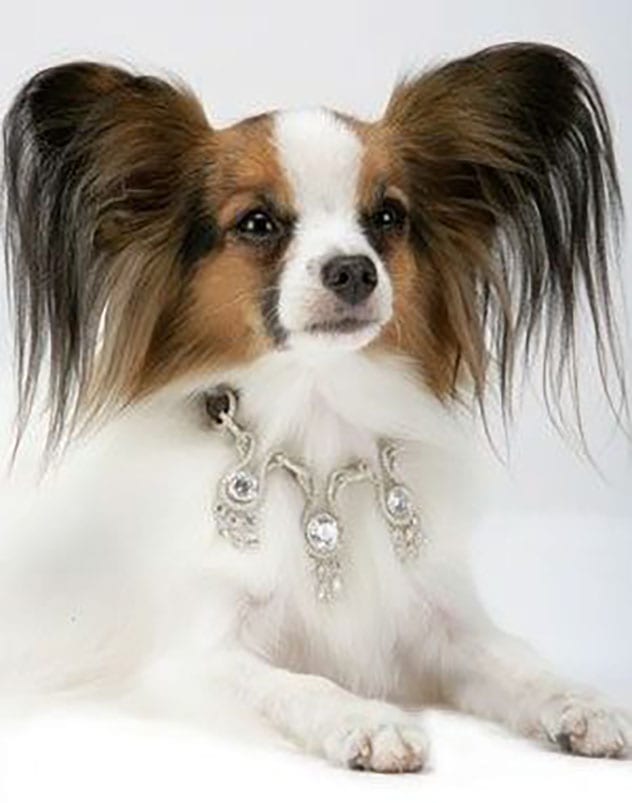 This collar has 52 carats of diamonds – most dogs would probably be happier with 52 carrots. Made by I love Dogs Diamonds, the necklace (I refuse to keep referring to this as a ‘collar’, given that there is seemingly no place to engrave your furry friend’s name and address) costs an eye watering $3.5 million.

The only way to justify this would be to hand this out as the main award for 2021s ‘World’s Ugliest Dog’ champion. Given that this year’s competition was cancelled, it’s the least they can do.[3] 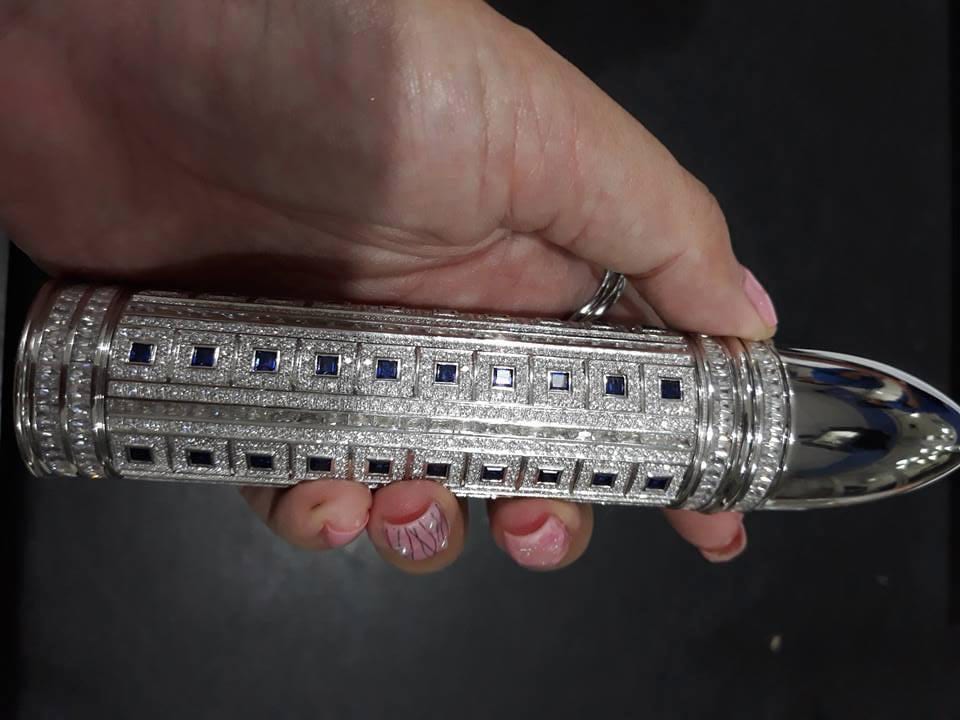 Great care should be taken when operating this shiny lady pleaser – diamonds are beautiful, but also the hardest natural material. One spasm-induced slip and, well, there’s no need to draw a picture here.[4] 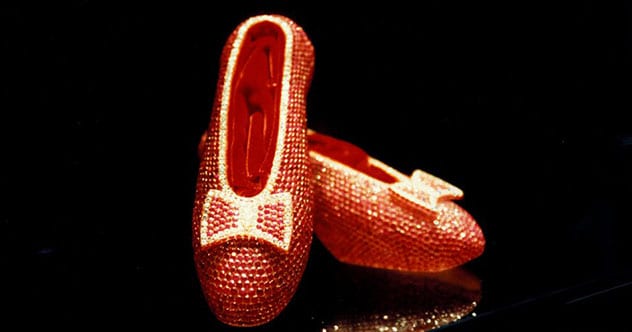 Many people take great pleasure in popping on some snugly slippers to chillax and veg out after a long day at work. With these gaudy attempts at movie nostalgia, we can assume that the wearer would be walking on eggshells rather than basking in comfort.

Inspired by the 50th anniversary of the iconic ‘Wizard of Oz’ movie in 1989, jeweller Harry Wilson decided to recreate the iconic ruby slippers. Instead of dainty little red sequins, Wilson added dainty little rubies – 4,600 of them. The total carat value of the shoes comes in at a whopping 1,350 in rubies and 50 carats of diamonds for good measure.

Provenance be damned, bling is king.[5] 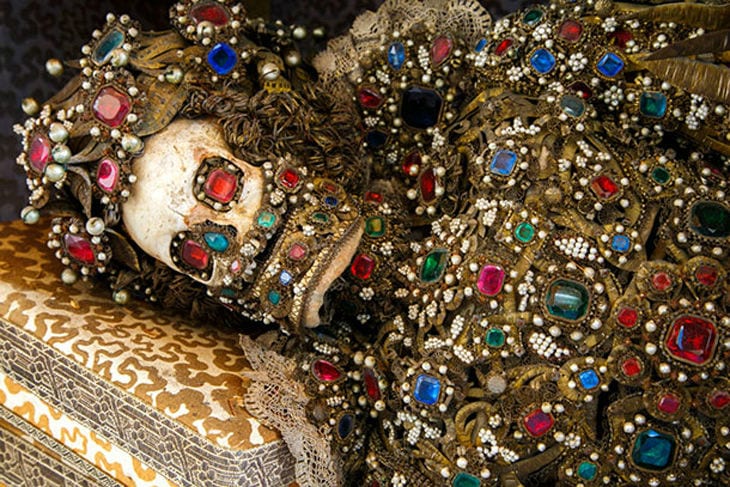 Whenever you get a cold sore or a bad case of dermatitis, it’s a struggle to go out in public. Indeed, many people will feign illness or a prior engagement to avoid leaving the home if they get a pimple on their nose! Imagine being seen with your skin, fat and bodily fluids putrefying and oozing all over the place. Mortified!

Well, these early Christian saints knew how to combat this affront to good grooming. In 1578, priests in Rome discovered a whole bunch of skeletons in some forgotten catacombs under the city. Due to the destruction of relics all over Europe during the protestant reformation, these skeletons, believed to be martyred Christians, were dressed up in bright, bejewelled garb and distributed to ravaged churches all over the continent.

These skeletons prove that bling is eternal, holy even. So you’d better go buy a diamond grill that reads ‘CLA$$Y’ and four Rolexes (one for each limb) so you can be buried with them and you’ll then end up in Heaven.[6] 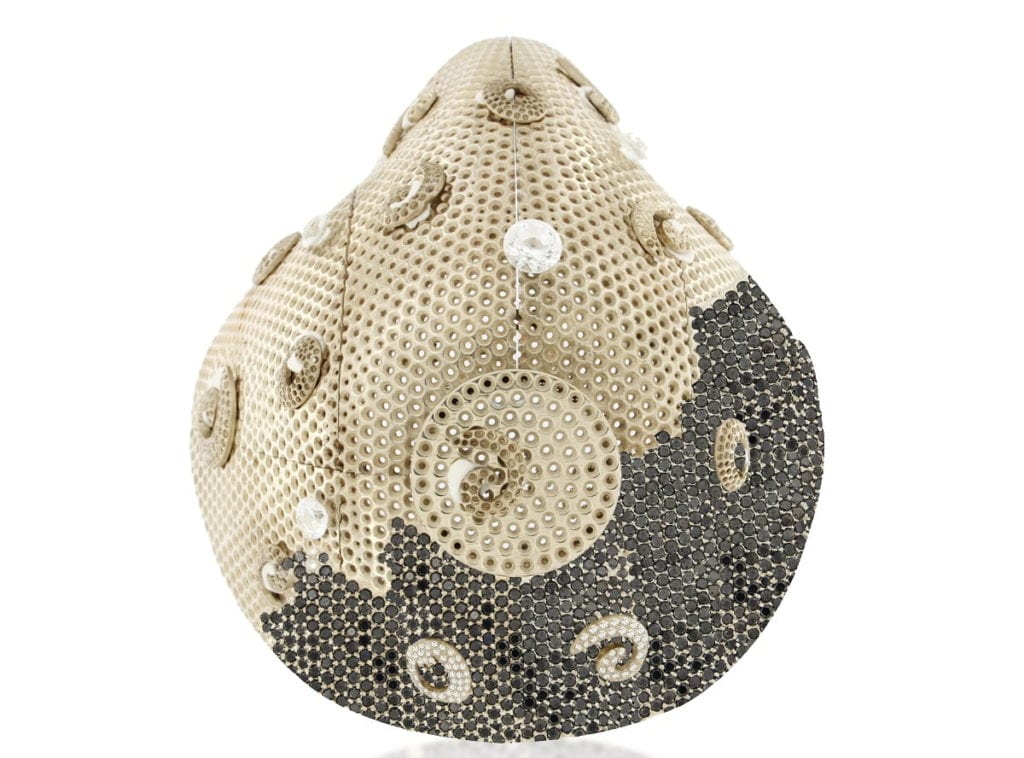 Nothing screams late-stage capitalism like facing a world-wide pandemic wearing a diamond studded face mask.. that’s not saying capitalism is coming to an end per se, but according to this guy I know, some disease is apparently on its way to ending the world (I don’t read the news, but he seems legit. I saw him read a book once)… so yes, capitalism will end, along with everything else apparently. Except Twinkies. 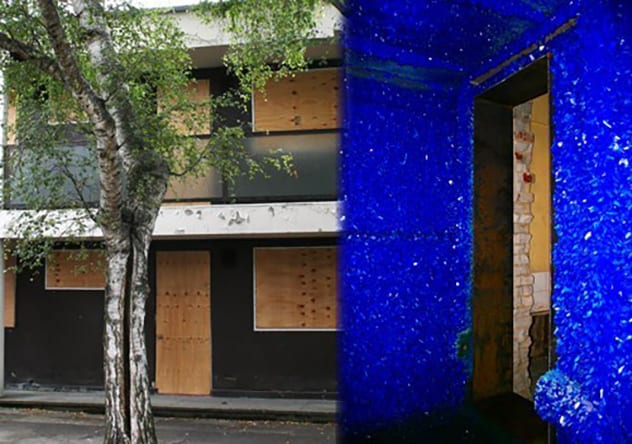 Once found on an abandoned housing estate in Southwark, London (near Elephant and Castle), this glittering art installation that looked like a colonic performed by Dr. Swarovski used to be a humble council flat, one of many on the estate. Artist Roger Hiorns got his hands on the place, he pumped it full of 75,000 litres of copper sulphate solution.
On top of probably killing every single rat, woodlouse and cockroach that had made the abandoned flat their home, the result was that the whole space was turned into exactly what it must have looked like inside Elizabeth Taylor’s mind. The work is called ‘Seizure’. Quite.

The estate has since been demolished and this magical work of art gone forever. Not the gaudy crystal-lined interior. No, that monstrosity was saved by the Arts Council Collection and is now on display at the Yorkshire Sculpture Park. I meant the gorgeous housing estate with all its beautifully drab, bleak beiges, browns and greys – alas – gone forever. That was the real hidden gem.[8] 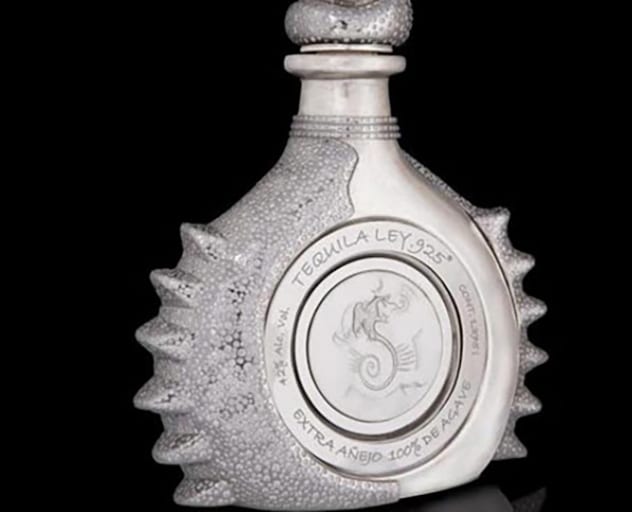 I think most of us need a stiff drink given how nuts 2020 has been. A quick nip of tequila before turning the news on has probably become a daily ritual for many folks across the globe. But instead of pouring yourself 3 fingers worth of Mexican gut-rot into the swilled-out measuring cap of a bottle of fabric softener, why not simply buy a bottle of Pasion Azteca by Tequila Ley?

The bottle is made from platinum and white gold, covered in 6,400 diamonds. The tequila housed within the bottle is blend of 100% agave, 42% proof, 3, 6 and 9 year old tequilas from the Los Altos de Jalisco plantations – the world’s premiere location for Tequila making.

Alternatively, you could always get some potatoes and let them rot in a disused bathtub for a while before skimming off the liquids and sipping it through a Nesquik straw. Both tipples will have pretty much the same effect on you. One probably tastes a bit nicer, though. The other may turn you blind.[9]

OK, these absolutely pointless accoutrements scream late-stage capitalism more than the diamond face mask. They serve no function other than to get people to go ‘wow, look at your eyes. Sparkly!’ Only for you to answer ‘Yes. They cost $15,000’. You may as well staple a wad of Benjamins to your forehead (CashHats™, hands off Kanye).

There is not a huge amount one can say about these sparkly contact lenses, save that they’re expensive and look a bit weird when worn. Perhaps that makes this entry the most apt on his list. Gaudy, blingy and oh so needlessly fancyfied. Congratulations.[10]