For millennia, travelers have told tales of fabulous lost worlds, and legends of hidden kingdoms. Many of these stories survive to this day. The first tales of unbelievable excursions to never before seen kingdoms and civilizations developed in an era when much was unknown, and all things seemed possible. From Plato’s story of Atlantis, to Mandeville’s tales of dog-headed men, the societies who ingested these legends found no good reasons to doubt their truth.

Even when Gulliver’s Travels was published in 1726, many parts of the world – such as Australia, Africa, South America and much of Asia – remained partly uncharted. As late as the mid-nineteenth century, “lost world” romances exploded via the tales of Jules Verne, H. Rider Haggard, Arthur Conan Doyle and H. G. Wells – even as it became clear that the locations in their stories never existed. Today, sadly, the allure of these romances have faded – but the attractive pull of these legends, though dormant, remains in our hearts and our collective psyche, ready to draw another generation towards a life of adventure. 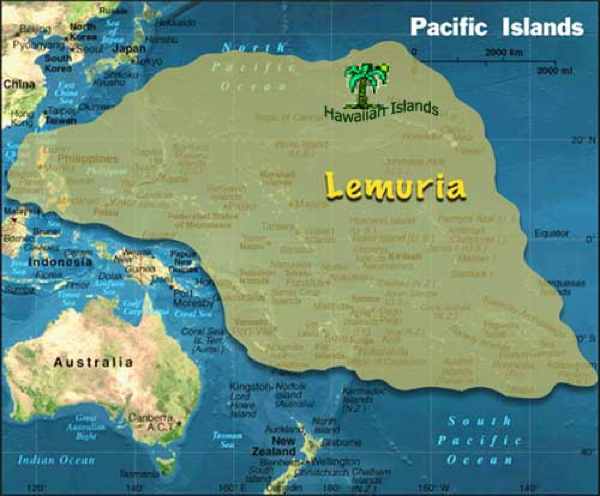 Lemuria, or Mu, is a continent said to have been swallowed by the sea, and to now lie under the Indian or Pacific Ocean. The famous Theosophist Madame Blavatsky claimed that the Lemurians were ape-like giants that had the gift of telepathy. In a book called “The Lost Continent of Mu”, one writer claimed that all of mankind has its origins in Mu, which once extended from Hawaii to Easter Island and Fiji. Supposedly, it was completely destroyed 12,000 years ago by an enormous earthquake, and sank into the sea.

Today, the Stelle group in the USA claims to be descended from the Lemurians. According to this group, the Lemurians escaped from earth following the catastrophe, and they have since been guiding the destinies of chosen groups such as themselves.

The 16th century Spanish conquistadores searched the North Americas for the legendary seven Cities of Cibola – fabled for their wealth and brilliance. Cibola was possibly related to Aztlan, the land of seven caves from which the Aztecs reportedly emigrated to Mexico. Antonio de Mendoza, Viceroy of New Spain, sent the first expedition to find these lost cities in 1539, after a certain friar claimed to have glimpsed them on the horizon.

In 1540, a second expeditionary force was sent, under the command of Francisco de Coronado. Encountering the Hopi people, the Spaniards were told that the tribe had for centuries been awaiting the return of the White Brother, Pahana. The group of Spaniards explored as far as Texas, but could not find any of the fabled, golden cities. This legend is comparable to the one of El Dorado. 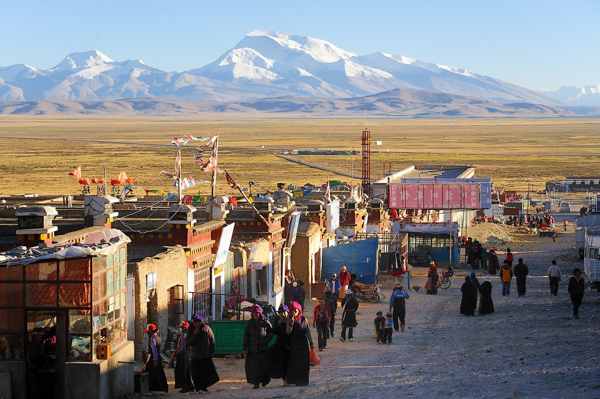 “Shambala” is the Sanskrit name for a mystical land, located between snowy mountains, with a golden city at its centre. It has been sought nearly everywhere. From the Gobi Desert to Tibet, Afghanistan to the Kun Lun Mountains of China, explorers have scoured – but in vain. Expeditions have sometimes disappeared without a trace. Apparently, one can fly over Shambala in an aircraft and still miss it, as its frontiers are carefully guarded and protected from being seen.

In 1928, Nicholas Roerich, the designer of Stravinsky’s Rite of Spring ballet, was told by a lama that Shambala belongs to another dimension, and that only those who are spiritually prepared will be able to find it – as it is lost, and found, entirely in the mind. Roerich also met a mysterious lama on the Darjeeling-Ghum road in India, and was later told by monks that this lama hailed from Shambala. 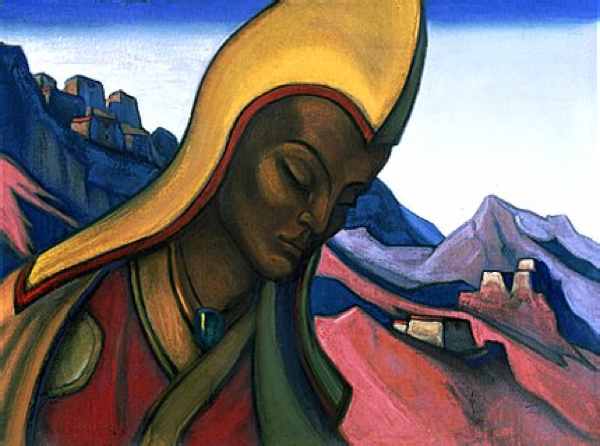 Legends tell us that Agharti is an underground world, linked to the four corners of the earth via an intricate tunnel-network. Describing a land inhabited by peace-loving and gentle people, who try to alleviate the exuberance of the people living above-ground, the myth appears to be very old.

Plato spoke of broad and narrow tunnels located underneath the earth, governed by a marvelous ruler who sits at the earth’s centre. A few hundred years later, Pliny mentioned people who fled underground after Atlantis was ruined. Some esoteric traditionalists still claim that Agharti really exists. According to these believers, the Atlanteans fled to Asia, where they tunneled under the Himalayas, waiting patiently for the day when they might once again emerge to rule the world. 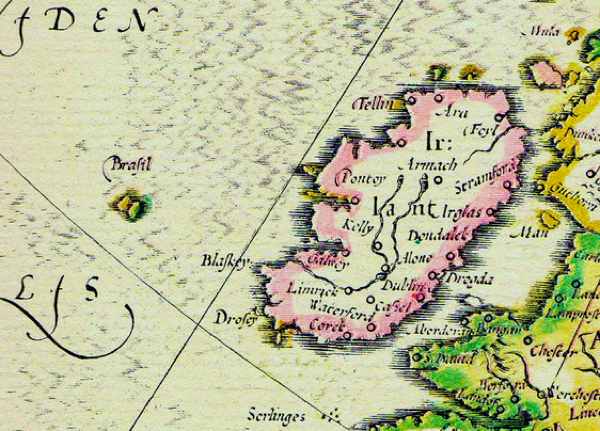 Europeans nurtured a long-held fascination over a mythical country, said to be located somewhere over the impassable Western Ocean. An Irish legend tells us of Hy-Brasil, an island covered in mist, which can only be seen once every seven years – but never reached. Expeditions left Bristol in the 1480s, but they always came back without proof of the fabled island.

In 1674, a captain by the name of John Nisbet claimed that he had seen the island during a journey between Ireland and France. He stated that the island was inhabited by large black rabbits, and a magician who lived in a stone castle. In recent times, however, it has been suggested that Hy-Brasil is actually Porcupine Bank, a shoal that actually exists, and can be found 200 kilometers west of Ireland. 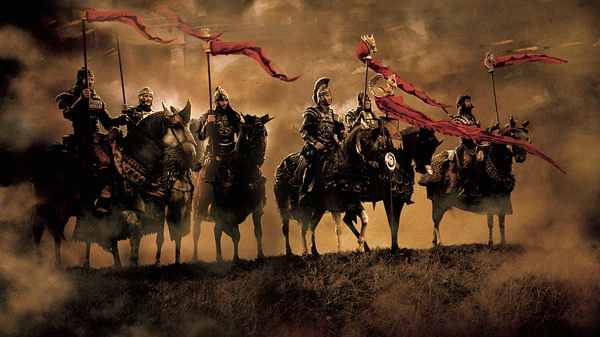 The home of Sir Tristan, one of King Arthur’s fabled round table knights, Lyonesse is a country in Arthurian legend said to be located close to Cornwall – although its exact location has never been specified. It is said to have sunk beneath the sea, just like the city of Ys according to Celtic tales. Lord Tennyson described Lyonesse as the site of Arthur’s final battle, in which he was mortally wounded.

As the legend of Lyonesse’s sinking appears both in Cornish and Breton mythology, it has been suggested that the story represents an extraordinary example of folk memory and the tradition of oral history; it is thought that the story might have its origins in the historical flooding of the Isles of Sicily and Mount’s Bay, near Penzance. Today, Lyonesse is firmly rooted to Cornwall’s traditions, so linking it to the Isles of Scilly seems the most logical step. Around the mainland, one can still find the fossilized remains an ancient forest, where beech trees still bearing nuts can also be found. 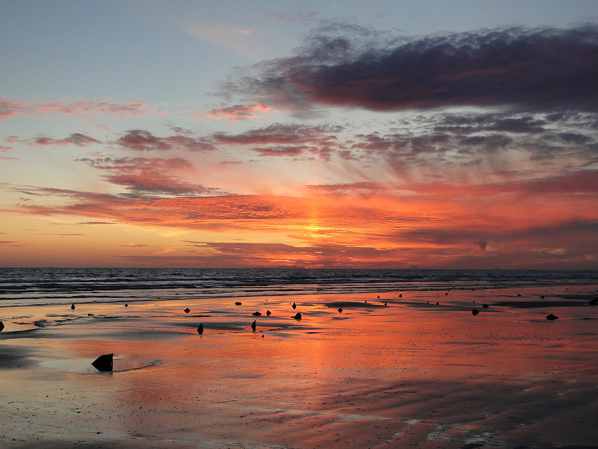 Cantre’r Gwaelod – the Welsh Atlantis – is a legendary ancient sunken kingdom said to have been located in the area between Ramsey Island and Bardsley Island, to the west of Wales. This kingdom features in folklore, literature, and song, and is believed to lie beneath the waters of Cardigan Bay. The most popular myth states that the land was fortified against the sea by a dyke. A prince called Seithenyn, described as a drunkard and a womanizer, was in charge of the dyke, and due to his negligence the sea swept through the gates and ruined the land. Even though there is no reliable physical evidence that Cantre’r Gwaelod lies under the bay, there have been several reported sightings of sunken human habitations, stone walls and causeways. 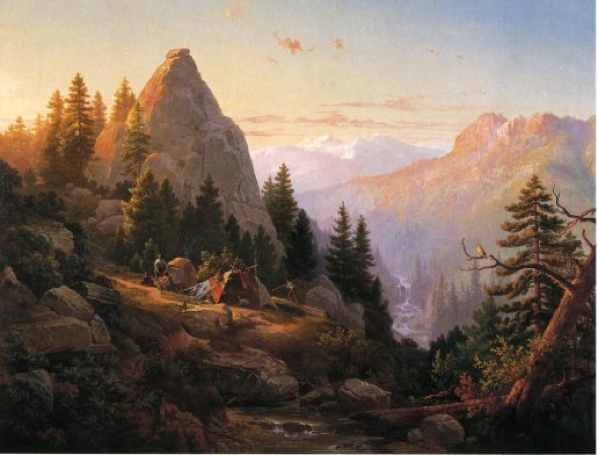 When the Spanish invaded Mexico in the 16th century, they heard rumor of a fabulous city paved with gold, ruled over by a priest-king called El-Dorado, or the Gilded King, whose body was said to be covered with powdered gold. Francisco Pizarro invaded Peru, and famously overwhelmed the Inca civilization with a series of murders, deceits, and dishonesties. He did find some gold in the end, but it did him no good – he was assassinated in 1541.

Even though there are some facts supporting this legend, no actual proof exists of “the” El Dorado, and in later years it settled into mythical tradition as a place in the Americas where a city of gold lay. Centuries later, the New World was still being plundered, and its inhabitants murdered, as the Europeans continued their search for the fabled city. Even today, many still believe that the city exists, waiting to be found by the right adventurer at the right time. 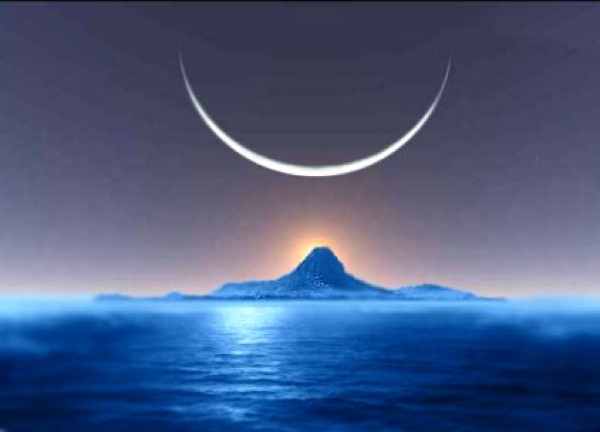 Most researchers believe Avalon was derived from the Welsh word afal, meaning apple. It is a legendary island, the place where King Arthur’s sword Excalibur (Caliburnus) was forged, and where Arthur was later taken after the Battle of Camlann to recuperate. In Welsh, Cornish and Breton legends, Arthur never died – and according to these traditions, he will return to lead his people once again. Avalon became associated with Glastonbury in 1190, when monks at Glastonbury Abbey claimed to have found the remains of Arthur and his queen. The writings of Gerald of Wales claimed that Glastonbury was in ancient times called the Isle of Avalon. Centuries ago, the area was also called Ynys Gutrin, which in Welsh means “Island of Glass” – and from these words, the invading Saxons later provided us with the place-name ‘Glastingebury’. 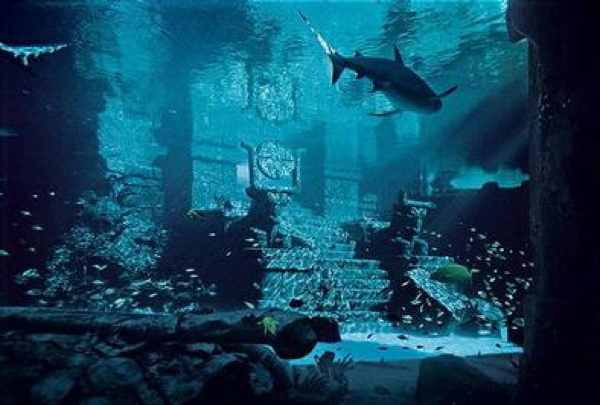 Perhaps the most famous lost city on this list, we all know of Atlantis’s demise 10,000 years ago, destroyed in one night by earthquakes and a flood. Several researchers claim that Atlantis really existed – that the empire embraced parts of Africa, Asia, Europe, and the Americas. Others firmly believe the Atlantean survivors were responsible for the construction of Stonehenge and the pyramids. According to Plato, Atlantis was ruled by ten kings; the royal palace had hot and cold running water; and the largest temple on the central island was dedicated to Poseidon and Cleito.

Most believers claim that proof lies in the island Antilia, which can be seen on 15th century Portuguese charts – supposedly the actual Atlantis that disappeared beneath the sea. Others believe that Plato mythologized what was actually a real event: that the historical eruption of Thera, which destroyed the Minoan culture of Crete, is the genuine basis for the Atlantis myth. Since each researcher firmly holds on to their own theory, all we can hope to do is study the material on the subject, and come to our own conclusions about this riveting topic – until Atlantis itself is found.