For months our Facebook fans have been begging for a new mystery list. Your calls do not go unheeded! Today I am presenting another curious list of mysteries – I have made a special effort to use only items never before found on the site. It is my hope that everything here is new to most of you. If you can think of other mysteries that have never featured here before tell us in the comments – but I predict you won’t be able to as I think we are starting to run out of mysteries of the world! 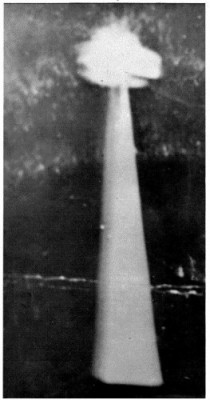 Solid light stories often occur around the time of UFO appearances. It is light which appears to have the properties of a sold object. Witnesses of UFOs have reported seeing a beam of light “unrolling” from the flying saucer and disturbing the ground beneath it physically. It is also said that these solid lights can enter buildings and turns corners. This is, of course, a concept completely unknown to modern science.

Dive into a horrifying world of alien encounters with Encounter in Rendlesham Forest at Amazon.com! 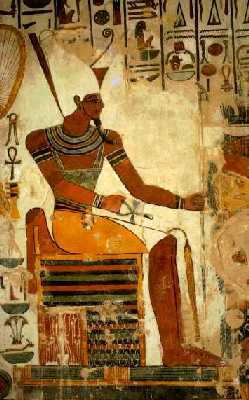 The Council of Nine is an alleged council of highly evolved beings who directly control the earth and its inhabitants. “Tom” who is identified with the ancient Egyptian God Atum is supposed to be the spokesman whilst the remaining members are connected to the remaining eight major Egyptian gods. It is believed that these nine planted humans on earth (creating a parallel with the idea of alien-origins for man).

One of the most well-known men who support the theory is Andrija Puharich who was apparently also involved in the CIA mind control program MKULTRA – and not as a patient – he was employed by the CIA as a researcher into the use of conscious altering drugs, brainwashing, and hypnosis. 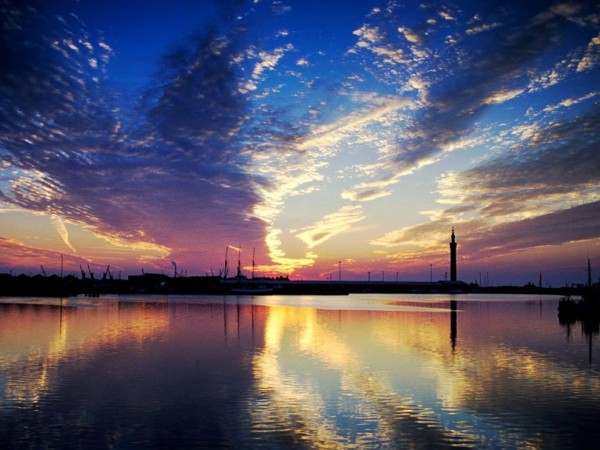 Since long before the advent of supersonic flight, immense booms have been heard emerging from clear skies. No explanation has been found for these so-called sky quakes. There is no sign of lightning (which can travel long distances – even in clear skies) and no other human explanation for why the sky suddenly booms at the earth.

Some believers may consider this evidence for extra-terrestrial activity while sceptics continue to try to find a scientific explanation. Scientists – so far unable to explain the phenomenon – have resorted to explaining it away as one or all of the following: radio waves, solar activity, and even submarine activity (despite the sounds being heard miles inland). 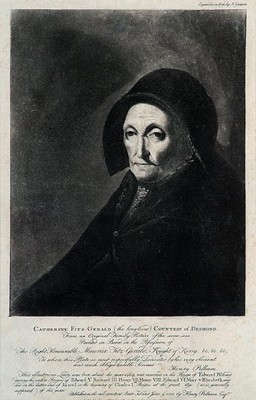 We have all heart of the mysterious Count of St Germain but not many of us are as familiar with the Countess of Desmond as people were in her time. The countess (Katherine Fitzgerald) died in the early 17th century and was reputed to be over 140 years old at the time. No one knows how this mysterious woman lived to such an age but she was very well known- so much so that she is mentioned by both Francis Bacon and Sir Walter Raleigh.

Bacon has this rather bizarre thing to say about her: “They tell a tale of the old countess of Desmond who lived till she was seven score years old, that she did [grow teeth] twice or [three times]; casting her old teeth, and other coming in their place.” Her death is rumored to have been from a fall when climbing a tree to gather nuts – not due to old age. Who this mysterious woman was and how she lived so long has remained a mystery since. 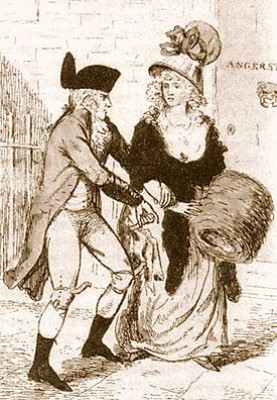 In the late 18th century more than 30 reports were made in London of a monster of a man who followed women in the dark and then attacked them slicing through the backs of their dresses with a sharp knife whilst screaming obscenities and throwing artificial flowers in their face. The “London Monster” became the cause of terror amongst Londoners and eventually a 100 pound reward was offered for this capture.

In time a man named Rhynwick Williams was accused of the crime because he had attempted to stab his fiancee and he was an artificial flower maker. Despite there being no evidence that he was the monster, he was found guilty and put in jail for six years. No one knows whether the monster was real or just a case of mass hysteria or whether he did exist in the form of Williams. 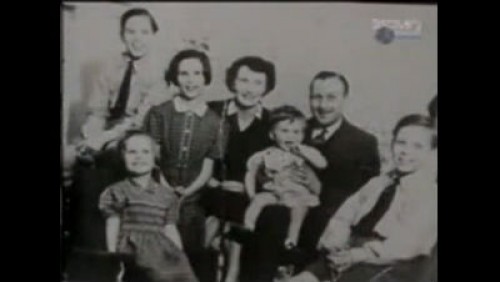 I don’t believe in reincarnation but regardless of beliefs, this is a strange tale. In 1958 Gillian and Jennifer Pollock were born – twins. Two years previously their sisters (also twins) had been killed in a car crash. Gillian was born bearing the same birthmarks as one of her sisters and as soon as the twins were able to talk they began to recount aspects of their sisters’ lives that they could simply not know.

Furthermore they recognised the house that their parents had previously lived in with their sisters and were able to each identify the toys belonging to their respective siblings. Even creepier is the fact that both twins could recount, in vivid detail, the events leading up to and during the fatal crash that killed their sisters. 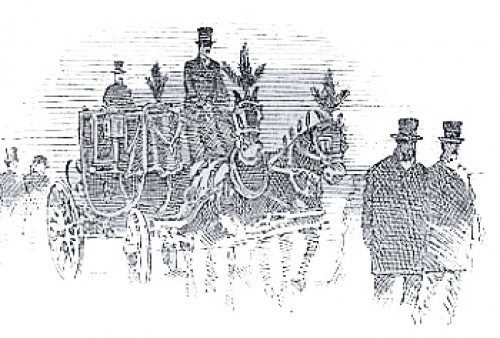 The tradition of phantom funerals dates back to at least the 17th century. When travelling in quiet areas apparitions of funeral processions are said to be seen by people who are in danger of death. These funerals are not just spooky visions but are often accompanied by sounds relating to funerals such as mourning songs floating on the wind and the sounds of embalmers working to prepare a corpse for burial. This is definitely not something I want to experience on a quiet road in the middle of the night. 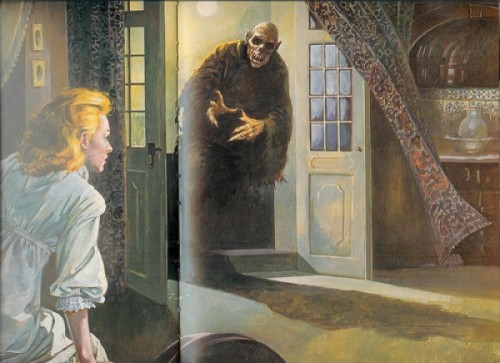 Croglin Grange was a house owned by the Fisher family in Cumbria, England for centuries. It was used as a summer home by two brothers and their sister. One summer when staying in the house Amelia saw from her window two bright lights in the distant graveyard that seemed to be peering at her. They began gliding towards the house over the graves and the lawn of the property. Suddenly a face appeared at the window which she described as brown with fiery eyes. The creature had a bony hand with which he scraped the lead away from the window allowing him to enter. He attacked the woman whose screams brought her brothers running. The mysterious man escaped through the window.

A year later the very same creature came to visit but this time they were prepared – they shot him in the leg but still he escaped. The next day the brothers went to the graveyard to find evidence and discovered a tomb full of coffins that had been broken into with their macabre contents scattered across the floor – but one coffin remained intact. They opened the lid and there lay the man that had attacked their sister. Believing their were dealing with a vampire they set fire to the body.

In 1978 a rash of UFO sightings occurred across the Southern Hemisphere. At the same time strange lights were reported in the foothills on the coastal mountains of New Zealand’s south island accompanied by reports of sheep being abducted. An officer at a Blenheim military base witnessed the lights and contacted the local air traffic control who not only also saw them but detected them on the radar. The police began receiving numerous calls from civilians reporting beams of light being projected onto the sea.

A cargo plane that took off around the same time also reported seeing lights playing on the sea and unexplained lights in the sky. The lights were tracked with scientific equipment and found them to be travelling at 1,930 kph (1,200 mph). An Australian news cameraman boarded a plane to film the lights which recurred over a period of nights. He filmed some of the most startling evidence of UFOs ever caught on film.

This all coincided with the mysterious disappearance whilst flying of Australian pilot Frederick Valentich. His last words were: “My intentions are – ah – to go to King Island – ah – Melbourne. That strange aircraft is hovering on top of me again (open microphone for two seconds). It is hovering and it’s not an aircraft.” 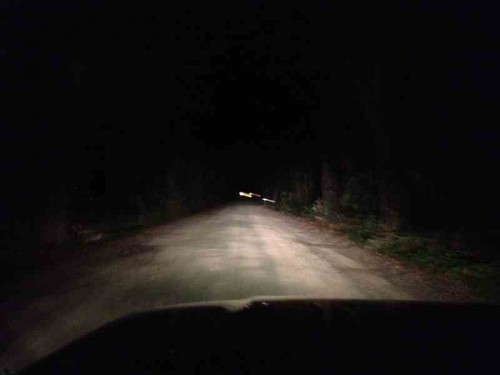 In the 1920s a spate of accidents plagued a lonely road crossing Dartmoor in Devon. All of the accidents were fatal and seemingly unexplained as there was nothing particularly strange about that part of the road. One evening another accident occurred but this time the driver survived. When he regained consciousness in hospital he was visibly shaken. He explained to the police what happened: as he approached the accident prone part of the road he felt a pair of rough hairy hands grab the steering wheel wrenching it from his control.

Further accidents happened and yet another survivor described the very same thing. Some time later a self-proclaimed psychic was driving on the road and as she passed the area she saw a pair of disembodied hairy hands crawling up her car window.