A free and fair press has always been a target for tyrants and criminals. As a result, reporters, photographers, and bloggers can find themselves in harm’s way while informing us of world and local events. Sadly, this situation has not improved much with time: as of this writing, 960 journalists have been murdered in the last 10 years.

The following are the “10 Deadliest Countries for Journalists”, as ranked by the Committee to Protect Journalists (CPJ). To humanize the grim statistics, each entry includes a passage describing a late journalist, randomly selected from victim rolls that are entirely too long.

NOTE: CPJ confirms a case only if it’s reasonably sure a journalist was murdered “in direct reprisal for his or her work, killed in combat/crossfire, or killed while carrying out a dangerous assignment.” Should you wish to contribute to its efforts, you may donate to the Committee to Protect Journalists. 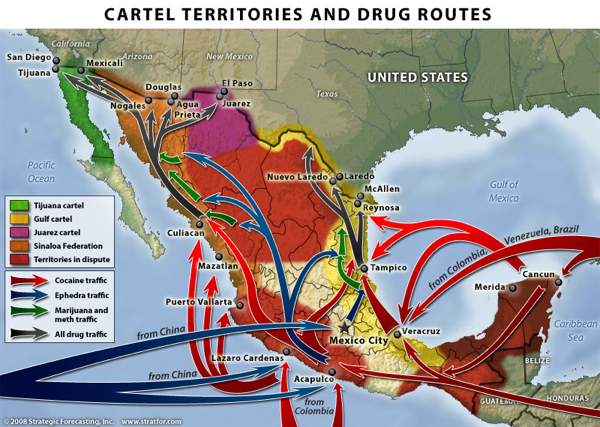 Since 1992, 89% of Mexico’s killed journalists were murdered, mostly by drug cartels and criminal gangs operating with near-total impunity. As could be expected from the failing drug war in Mexico, the victims’ beats typically focused on crime, with some overlap for covering government corruption.

One such victim was Luis Emanuel Ruiz Carrillo, a 21 year old photographer working for La Prensa. He was kidnapped along with his cousin (Juan Gomez Melendez) and a popular TV show host (Jose Luis Cerds Melendez). All three were later found dead with gunshot wounds to the head, next to fresh graffiti warning “Stop cooperating with the Zetas”. The Zetas are a major drug cartel, and operate with such freedom in Mexico that an armed Zeta walked into the police’s active crime scene and moved the bodies to a different location.

Ruiz was still in college, and winner of a journalism award the previous year. He had been on the job eight months. 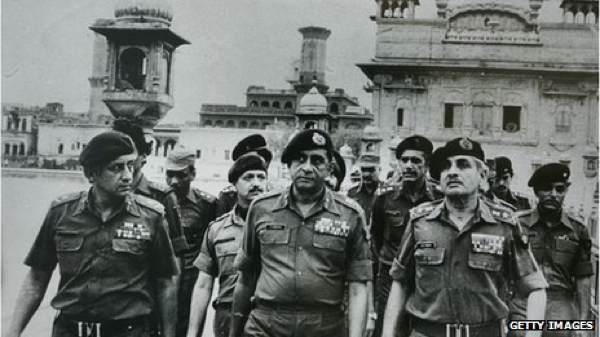 Age-old ethnic tensions and a war over Kashmir mean India can boil over at any time. Political groups are thought to be responsible for nearly half of all journalist murders since 1992, yet they commit these killings with a 94% complete impunity rating. Victims cover a wide range of beats, working primarily in print, some television, and very little radio.

M. L. Manchanda was one such victim in radio. According to the Freedom Forum Journalists Memorial, Manchanda was beheaded by Punjabi militant group Babbar Khalsa. He was kidnapped because he was the director of a radio station in Patiala, and the radicals demanded that all reports should be broadcast in Punjabi instead of Hindi. Manchanda was beheaded when the government refused to comply with the demand— soon thereafter, his torso was found in Patial and his head in Ambala. Gurdial Singh Babbar (one of the perpetrators) was pursued and killed in an encounter the very same day as the discovery of Manchanda’s body, and kidnapping mastermind Amrki Singh Kauli Babbar was found and killed soon thereafter. That’s the happiest ending we get on this list. 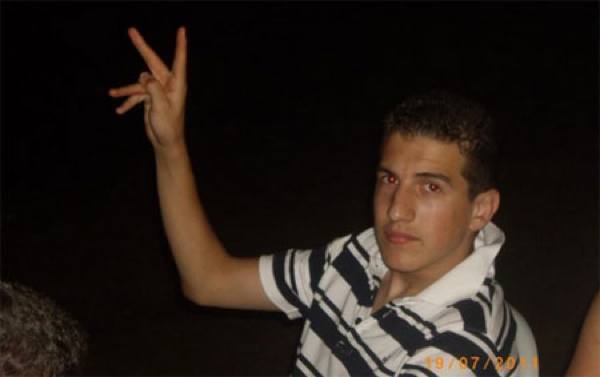 International attention to the uprising against the Assad regime has catapulted Syria into the top ten. The majority of killed journalists were Syrian citizens working in television and Internet media, although 15% were foreign correspondents. Most died in combat crossfire while covering human rights, war, and politics. Half of all suspected perpetrators were government and military officials, with political groups making up the other half. So far, all have committed their killings with total impunity.

Anas al-Tarsha, aka ‘Anas al-Homsi’ is one of these victims. He was killed in Homs, Syria while filming the shelling of the city’s Qarabees district. For three weeks, the city had been under daily attack as the Syrian government escalated its assaults on the opposition. Al-Tarsha uploaded his footage to YouTube, and news organizations depended on his posts because they were denied entry into Syria (part of the government’s blackout of independent reporting).

Anas was the fourth journalist killed that week. He was 17 years old. 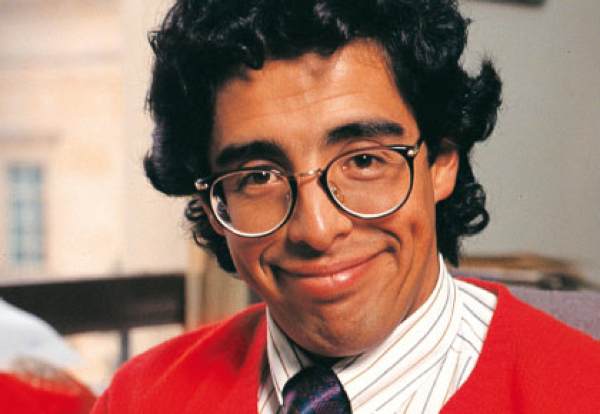 Murdered journalists in Colombia since 1992 have primarily been broadcast reporters working in radio, television, or commentators working in print. Corruption accounts for over half of the beats covered by victims, easily ahead of politics, crime, and human rights. Paramilitary and government officials make up half of the suspected perpetrators, 98% of which operate with either total impunity or partially applied criminal justice.

Political satirist Jaime Garzón hosted a morning radio show on Bogota’s Radionet and frequently contributed to TV news programs. He often used his celebrity to lobby for the release of hostages taken in guerrilla kidnappings.

Garzon was gunned down driving to work by two men on a motorcycle, who shot him repeatedly in the head and chest. Garzón had been the target of threats by Carlos Castaño, leader of the United Self Defense Forces of Colombia (AUC), a right-wing paramilitary group. The AUC has denied any knowledge of or responsibility for Garzón’s death, even though Garzon’s coworkers said he had scheduled a meeting with Castaño for August 14, 1999 (the day after he was killed). Moreover, the gunmen who shot Garzón were from ‘La Terraza’, a fierce criminal group Castaño had hired in the past for kidnappings. In mid-2000, the Columbian government charged Castaño with Garzón’s murder. 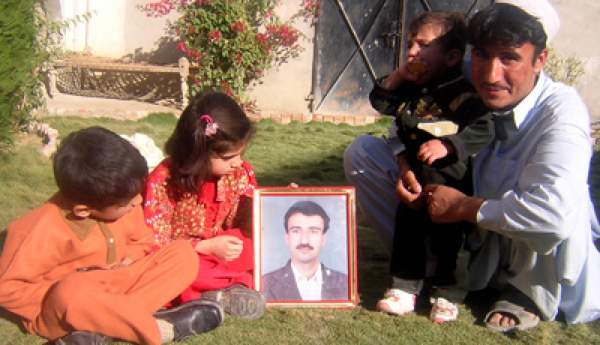 The War on Terror has been especially perilous for reporters covering the often lawless tribal areas of Pakistan. All victims since 1992 have been males working mostly for print and television, covering war, crime, politics, and corruption.

One victim was Hayatullah Khan, a freelance reporter in Miran Shah. He was kidnapped by five gunmen in December 2005, and his body was found handcuffed and shot several times six months later. The day before his abduction, Khan photographed the remains of a missile which struck a Miran Shah home, killing Hamza Rabia, a senior member of al-Qaeda. Khan’s photos were picked up by the European media, which quickly identified the fragments as parts of a Hellfire missile, contradicting the government’s cover story that Rabia died in a blast produced by explosives stored inside the house.

It was soon obvious that Rabia was killed by a U.S. drone, and Khan had broken the story. Immediately afterward (and all through his disappearance), government officials gave Khan’s family different accounts of his whereabouts. After the body was finally discovered, hospital workers said Khan had been detained in handcuffs typically used by Pakistan’s shady Inter-Services Intelligence agency. Pakistan’s ambassador to the US dismissed these findings as circumstantial evidence planted to incriminate the government. No autopsy was performed, and the High Court never released the results of its investigation. 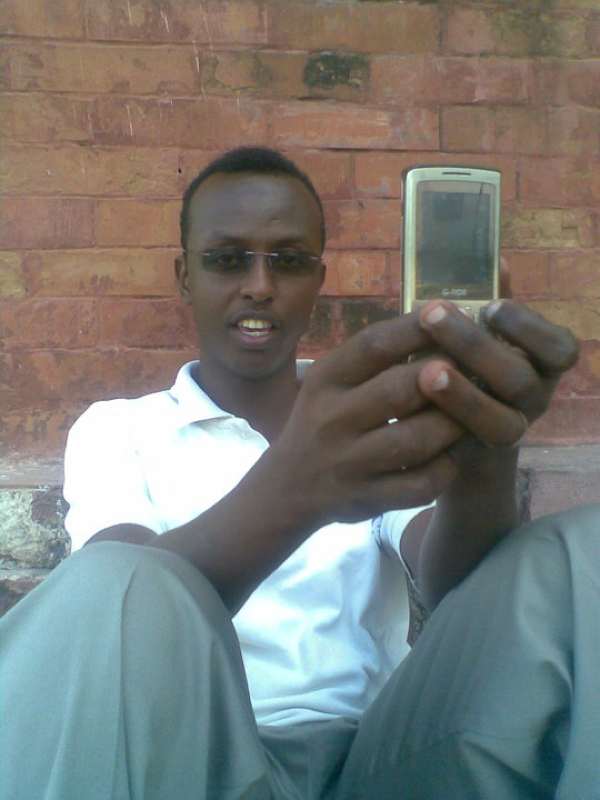 Foreign Policy magazine continually grades Somalia as a failed state, with no functioning government or civil infrastructure. So it should come as no surprise that civil and legal protections are non-existent for any journalist, be it a local reporter or foreign correspondent. Broadcast reporters and editors make up 69% of journalists murdered since 1992, but virtually anyone involved in making the news is at risk. Over half of all murders are suspected to be committed by political groups, and the next largest group is ‘unknown’. Murdering journalists with impunity in Somalia is a given.

Liban Ali Nur was one of those givens. He was killed along with three other journalists in suicide bombing of a Mogadishu café. Two unidentified men entered The Village café around 5PM and detonated bombs that killed 14 people and injured 20 more. A spokesman for Al Shabaab said their supporters— not Al Shabaab directly –were responsible for the killing.

The Village café was known to be a frequent haunt of the Mogadishu press, leading many to speculate that the media were directly targeted. Speaking on condition of anonymity, one journalist said “If anyone wanted to kill journalists en masse, that was the place and the time.” 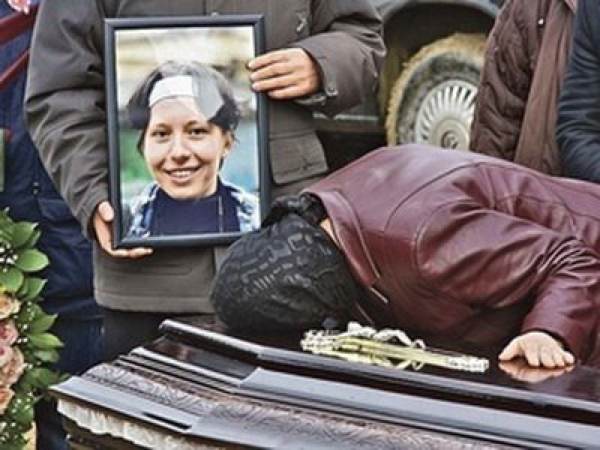 Print journalists make up 70% of all murdered journalists in Russia since 1992, and their beats cover a lot of ground, ranging from corruption and politics (same thing) to war, crime, and business (again, same thing?). Frighteningly, ‘unknown’ is tied with ‘criminal groups’ to lead the suspected perpetrator list, followed closely by government officials. Murderers of journalists in Russia enjoy a 91% complete impunity rating.

Anastasiya Baburova was a freelance reporter contributing to the Novaya Gazeta, a Moscow newspaper. She was shot at 3pm on a street within walking distance of the Kremlin on January 19, 2009. She had just covered a press conference by noted human rights lawyer Stanislav Markelov, who denounced the early release of a Russian Army officer convicted for abducting and killing a Chechen girl in 2000.

Markelov and Baburova were walking away from the conference when radical nationalists Nikita Tikhonov and Yevgeniya Khasis approached from behind and shot Markelov in the back of the head. Baburov tried to stop the attack but was shot and killed as well. The nationalists were later arrested in November 2009 and convicted soon thereafter. The Novaya Gazeta appreciates the court’s verdict, but calls for Russian law enforcement to pursue all accomplices as well. 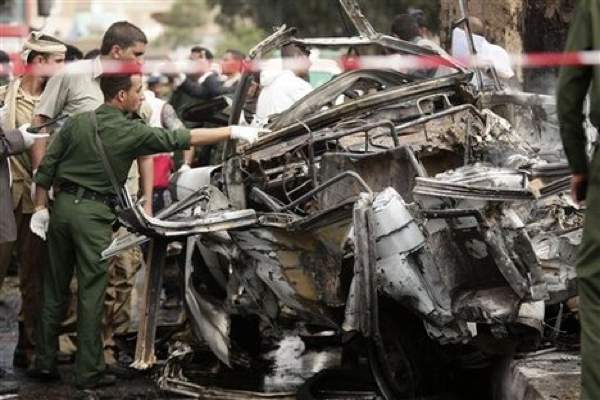 60 correspondents have been killed in Algeria since 1992, three quarters of whom were killed by ‘unknown’ attackers. The journalists’ beats covered a variety of issues, but unlike other entries on this list, reprisals for ‘culture’ pieces account for 17% of killings. Victims’ jobs run the gamut from camera operator to publisher/owner, and 98% of suspected perpetrators operate with complete impunity.

Reporters Allaoua M’barak, Mohamed Dorbane, and Djamel Derraz all worked for the daily newspaper Le Soir d’Algérie. They were killed in Algiers when a car bomb exploded outside a presses building. Three other daily newspapers had offices in the same building, and at least 15 other people died. In a rare moment of transparency, local authorities went on record and stated that Islamic militants were thought to be responsible. 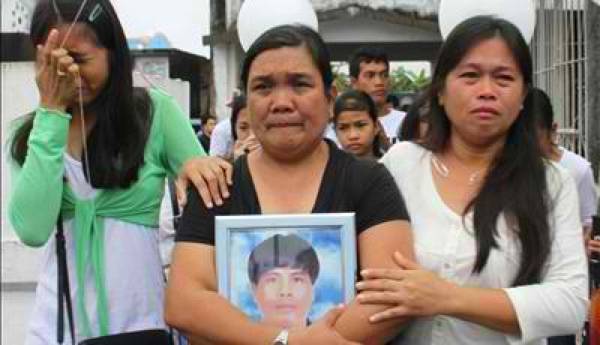 Shockingly (to this sheltered westerner, anyway), 73 journalists have been killed covering the Filipino corruption, crime, and politics beats since 1992. Almost half of all victims are taken captive and tortured. 69% of perpetrators are suspected to be government officials, and 90% of them operate with complete impunity (only 1% of cases ever receive full judicial due process).

Broadcaster Romeo Olea was murdered in Iriga City, Philippines on June 13, 2011, apparently in retaliation for harsh commentaries of a political clan during the May 2010 elections. Following death threats at his home, Olea’s wife Raquel begged him to soften his reports, but he told her ‘if he stopped doing exposes, nobody else will do the job.” Iriga City Mayor (and target of many Olea exposes) Madelaine Alfelor Gazmen condemned the killing, but also warned local media against any rush to judgment.

Olea left behind a wife and two children. The case is still unsolved, and a 500,000 pesos reward is being offered for any information leading to the arrest and conviction of Olea’s killers. 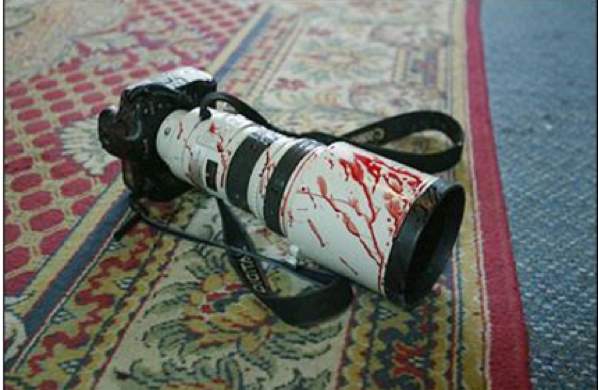 It’s not even close. With an ongoing war, open terrorism, and rampant corruption, Iraq leads the world as the deadliest beat for journalists since 1992.

As of this writing (surely out of date as you read this), 151 journalists have died covering Iraq. Leading causes of death are murder and combat crossfire. Television workers take the lion’s share of deaths, with 83% of all media deaths tied to political groups operating with total impunity.

In 2007, a rooftop sniper killed Adnan al-Safi, a correspondent for Kuwait-based Al Anwar, a moderate Shiite satellite TV channel covering Islamic issues and popular culture. Al-Safi had finished work for the day and was waiting at a Baghdad bus stop so he could return home. Fellow journalists think al-Safi was directly targeted, since no bystanders were injured in the attack. Al-Safi leaves behind a wife and three children.