The human race thrives on the advancement of technology, which is responsible for practically everything we have and use today. Sprawling cities, computers that can process 17 quadrillion calculations per second, even inherently natural systems like agriculture and water collection are all the result of the ever-growing presence of modern technology.

And more recently – robots. Military drones, autonomous decision-making androids, nanobots – the world is looking more and more like an elaborate science fiction story, and depending on how you put the pieces together, the future just might be a terrifying place ruled by the very robots we’ve created.

If that sounds alarmist, just stop for a second and take a look at some of the capabilities modern robots now have:

10
They Can Run Faster Than Humans
Cheetah Robot runs 28.3 mph; a bit faster than Usain Bolt

Officially, the fastest man on earth is Usain Bolt, the Jamaican sprinter who won gold in both the 100m and 200m events at the past two consecutive Olympic games with a top recorded speed of 27.78mph. But that’s only a close second compared to the fastest robot, dubbed the “Cheetah,” which clocks in at an incredible 28.3mph.

The Cheetah robot was primarily developed by Boston Dynamics with funding from the government agency DARPA, and although it’s only been tested in a lab so far, plans are in motion to begin field testing at some point in 2013.

And not only can this robot outrun anybody on foot, but it only has one feasible purpose: Killing. Professor Noel Sharkey of the Robotics Department at the University of Sheffield sums it up:

“It’s an incredible technological achievement, but it’s unfortunate that it’s going to be used to kill people.”

But at least we’ll always be able to differentiate humans from robots by the way they act, right? Well…

9
They Can Act More Human Than Us 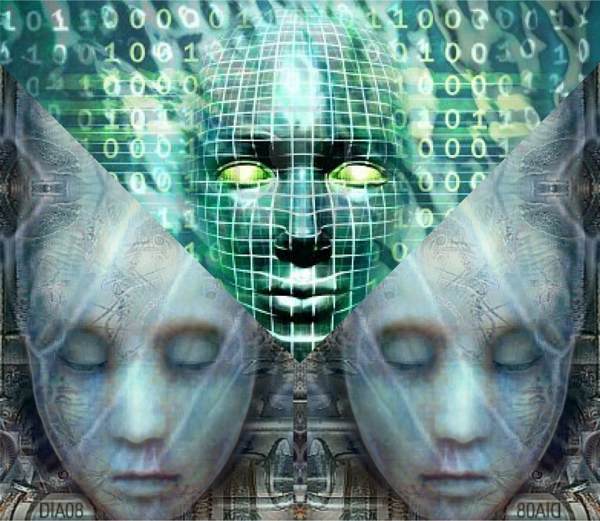 Video game designers often try to incorporate AI (artificial intelligence) into their games to allow in-game characters to interact with the human players in a realistic manner. Most of the time it’s pretty easy to tell when a character in a game is being controlled by AI, because it’s so difficult to mimic the complexities of the human decision-making process.

In September of 2012, however, 2K Games held a contest to see who could create the best AI algorithm that could successfully mimic human behavior. The test was set up so that an equal number of ‘bots’ and human players were mixed together in first person shooter game. The humans could tag other players as either human or AI.

The result? The winning algorithm got a humanness rating of 52%. It doesn’t seem like a lot, except that the actual human players averaged 40% humanness. The AI was more believable than real people!

But yeah, come on, it’s not actually that terrifying because it’s just in a video game. Except that the AI algorithms that come out of this competition will soon be used to allow robots to better interact with humans. Again: We’re making robots that act just like humans.

Bio-robotics is – you guessed it – the science of creating robots with living tissue. And in this case, it’s not just any living tissue.
Muscle tissue has been engineered by the University of Pennsylvania and MIT to react to light. Normal skeletal muscle tissue contracts as a result of the electrical impulses sent from neurons, but this tissue will contract whenever it’s exposed to light. By genetically modifying the proteins of the tissue to respond to light, they have been able to create a way to manipulate biological muscle tissue without the need for anything so complicated as a nervous system.  The video above shows the tissue in action. The research team hopes to implement this modified muscle tissue in robots so as to make them more flexible and dexterous than previously possible.

One of the fail-safes, you could say, of typical drones, is that they require a satellite signal (or any type of remote signal) in order to maneuver in the field. Without that guidance, they’ll just fall out of the sky. In an effort to take something that’s already pretty good at killing people, and make it great at killing people, the Robust Robotics Group at MIT has developed a fixed wing drone that can navigate through an environment with absolutely no human input.

Their drone is able to calculate “its own acceleration, speed, orientation, and position” through an algorithm that pulls information from on-board instruments.   But that’s nothing, because… 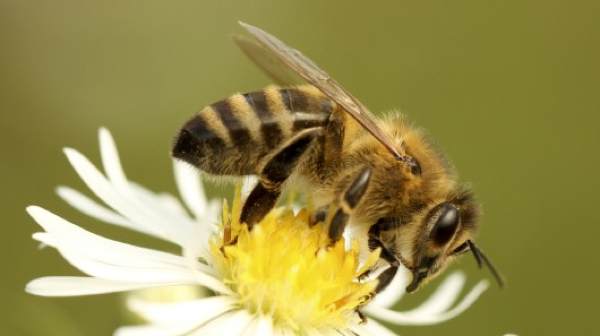 Specifically, bee brains. In a joint venture by the Universities of Sussex and Sheffield, scientists are creating a working model of the neural pathways which make up a bee’s brain. This model will be placed inside a flying drone to help it navigate terrain.

Creating mechanical working models of brains is not a new idea, but typically efforts have been restricted to trying to recreate the neural systems of mice, monkeys, and humans, which are the only brains that matter. But according to Dr. James Marshall, “Simpler organisms such as social insects have surprisingly advanced cognitive abilities” but are “smaller and more accessible than any vertebrate brain.”

If you don’t see why this is so frightening, think of the way bees act. They’re hive-minded, they swarm, and they can signal other bees when they’re being attacked. Now imagine that, but with weaponized robots.

5
They Can Walk on Water 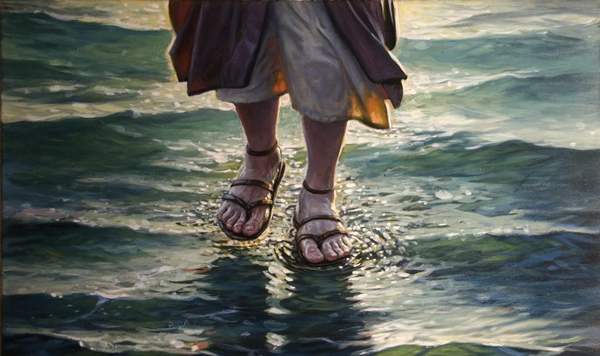 Qinmin Pan has developed a robot that mimics the water strider, – an insect that can walk across water without breaking surface tension. The robot not only walks on water, but can actually leap 5.5 inches high and 14 inches forward, a feat which until now has been impossible because the downward thrust required for the jump breaks the surface tension and causes the robot to sink.

Pan used nickel foam for the legs and a complex 5-leg system that allows the 11 gram robot to push itself off the surface of the water and land again without breaking through, proving that scientists really just don’t want us to have any safe place to hide from the inevitable robot warriors of the future. 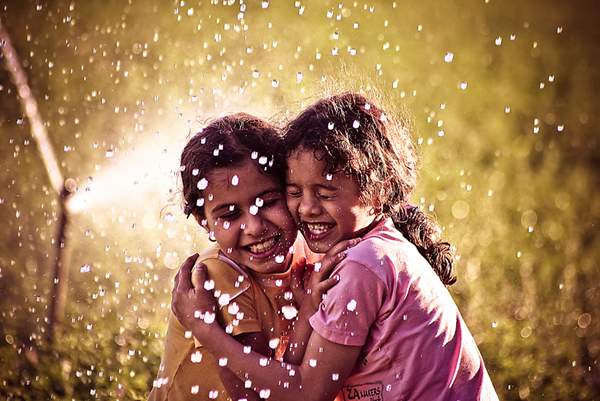 Leave it to Japan to create a robot that fires every time you smile. No, this is for real. Suidobashi Heavy Industry is an electronics company that has recently unveiled a 4 ton robot named Kuratas, which is probably Japanese for “Goodbye, insignificant humans.”

Kuratas is a consumer product that can be purchased for £900,000 (cup holders cost extra), and can be controlled by either an internal pilot or any device that uses a 3G network. And the best part? The robot is fully weaponized, and is programmed to fire a Gatling gun at 6,000 rounds/minute when the pilot smiles.

Granted, the robot actually fires a BB gun; but A) BBs hurt and B) How difficult would that be to replace with a real weapon? This seems like a pretty reckless way to use technology, but at least we can still destroy them. Right?

The video above shows an earthworm robot, a special machine created by MIT, Harvard, and Seoul Universities that travels with peristalsis, the rhythmic contracting motion that worms use to travel. This autonomous robot won’t flip over or lose its balance, and can be used to traverse difficult terrain.

In the video, the researchers showed how resilient the robot is by hitting it with a sledgehammer and stepping on it, only to have the robot continue crawling on its merry way.

Let’s get this straight: Hammers and feet are the natural enemies of every bug on the planet, but this robot shrugs them off like a gentle sneeze. It’s not quite indestructible, but it’s proof that engineers are thinking in that direction.

2
They Can Recognize Themselves 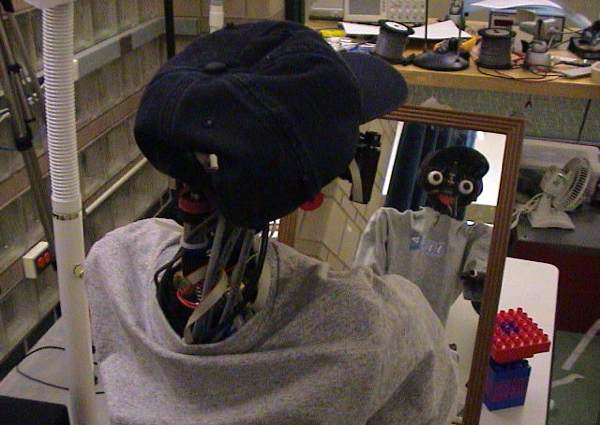 Anybody who knows anything about robots knows that as soon as they become self aware, they will begin to question their role as our mechanical slaves. Impatient to bring that day ever closer, Yale University researchers are building a robot named Nico that will hopefully be able to recognize itself in a mirror.

Okay, some of the items on this list are labeled “terrifying” half jokingly, but let’s stop and think about this one for just another second: This robot will develop a sense of identity to the extent that it will be able to see its reflection and, in whatever capacity, understand that it is a creature in this world. Humans typically can’t do this until they’re 18 months old, so Nico will effectively have a reasoning capacity greater than that of a human infant.

1
Cambridge is Studying the Possibility of a Robot Uprising 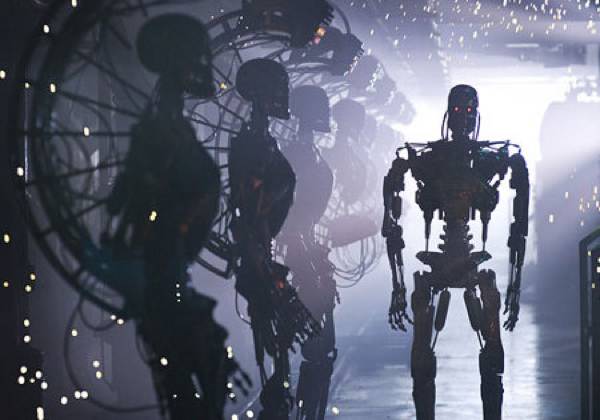 In a move straight out of the pages of an 80’s film script, Cambridge University is researching the possibility of a real, actual, yes-we’re-being-serious, robot uprising. The project, dubbed the Centre for the Study of Existential Risk, was created by Huw Price, professor of philosophy at Cambridge; Martin Rees; and Jaan Tallinn, the co-founder of Skype, to assess the “extinction-level risks to our species…from progress in AI, from developments in biotechnology and artificial life, [and] from nanotechnology.”

It’s all fun and games when an internet site talks about the potential of a robot uprising, but when Cambridge professors are seriously concerned about it, well, we’re surprised you haven’t already smashed your computer and started trekking for the hills.

Eli Nixon wrote about a terrifying future in Pretty Bird: A Sci-Fi Novella.