Did you hear the story about Ohio’s plans to arm the homeless; or congressmen taking children hostage; or the LAPD investing millions in jetpacks for its officers? Did you believe them? No, because you’re not a goddamn moron. But the media did; at dozens of respectable outlets, hack journalists wrote up those bullshit stories and passed them off as ‘news’. Here are 10 examples where a simple fact-check would have saved embarrassment: 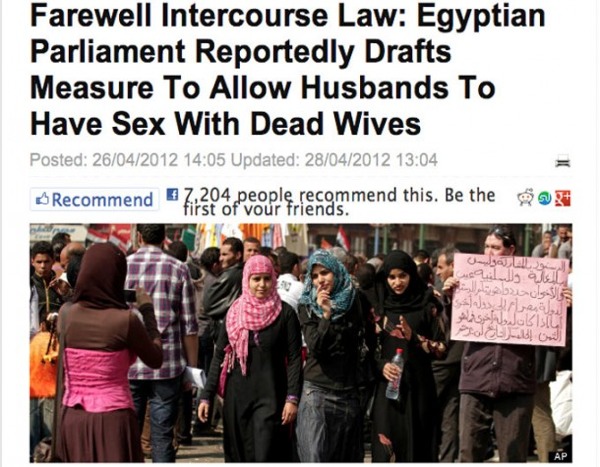 Imagine your girlfriend has died. What’s the last thing on your mind? If you said ‘having sex with her corpse’ congratulations, you’re a normal human being. Back in April, the media got wind of Egypt’s ‘Farewell Intercourse Law’; a clearly-fake bill that would allow husbands to have sex with their wives up to six hours after death. Fun fact: despite living very far away, Egyptians are regular people too. They sleep, they shit, they eat and they DON’T have sex with corpses. The media not only swallowed this racist bilge, they made vicious love to it and left it feeling dirty and used with a phony promise to call. Eventually the story was revealed as a hoax by a pro-Mubarak blogger, but not before everyone got to spend two days happily hating on Egyptians. 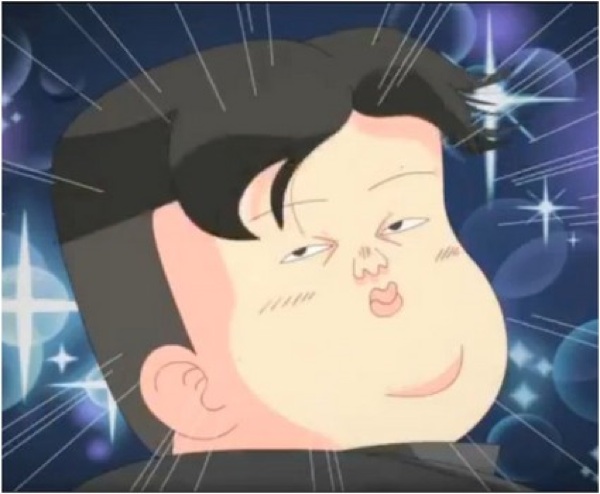 As pudgy dictators go, Kim Jong Un isn’t the fugliest. He’s also isn’t what you’d call conventionally attractive, but that didn’t stop China’s People’s Daily from running a story on the Pyongyang panty-wetter’s dynamite sex appeal. With the total lack of humour that can only come from working as part of an oppressive State organ, journalists reprinted an article from The Onion, alongside 55 pictures showing the jowly despot at his best. Instead of triggering the simultaneous orgasm of every woman on Earth, the journalists unexpectedly found themselves the targets of the sort of derision usually reserved for Carrot Top. Overnight the article vanished, leaving a Kim-shaped hole in the hearts of dictator-loving chubby chasers everywhere.

What began as a drunken discussion on the feasibility of 40 midgets taking on a lion spiralled out of control when a fake-BBC page set up to settle the argument went viral. Newspapers, talk shows and magazines all ran the story of a lion mauling ‘42 Cambodian fighting midgets’; even after the site’s owner posted a disclaimer explaining it was horseshit. For a while real life seemed to have fallen victim to one of those ‘crazy misunderstandings’ that powered 90% of 80s-era Ted Danson comedies; only even fucking stupider. As of 2012, people are still quoting the story as fact; proving that a good hoax never truly dies.

Last year, Chrome and Firefox users got their egos stroked by a widely-reported study that ‘proved’ IE users had low IQs. And I mean ‘widely’: Huff-Po, The Telegraph, CNN, Forbes; even the freakin’ BBC fell for it. Then someone noticed two things: first, large chunks of the study website had been copied and pasted from a French site; and second, the results were stupid. Aside from truck nuts, consumer products and intelligence have absolutely no correlation. Saliva dribbling morons are just as capable of purchasing an iPad or downloading Chrome as you are, they just might try to eat it afterwards. The story tanked when readers of the BBC website got fed up and did the journalist’s work for them, exposing the obvious flaws. 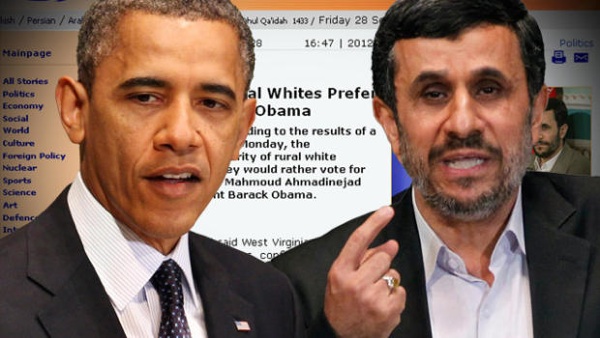 The first half of that sentence should come as no surprise, but the second should cause a definite ‘wha?’ moment. Not for Iran’s Fars News Agency: earlier this year they ran a piece claiming sixty percent of rural white Americans would rather vote for a homophobic nutcase than Obama; figures the GOP can only wish for. Like The People’s Daily above, Fars had fallen victim to an Onion hoax; where ‘fallen victim to’ means ‘stolen an article from and tried to pass it off as their own’. Conclusive proof, if needed, that Middle Eastern journalists are just as lazy as their Western counterparts. 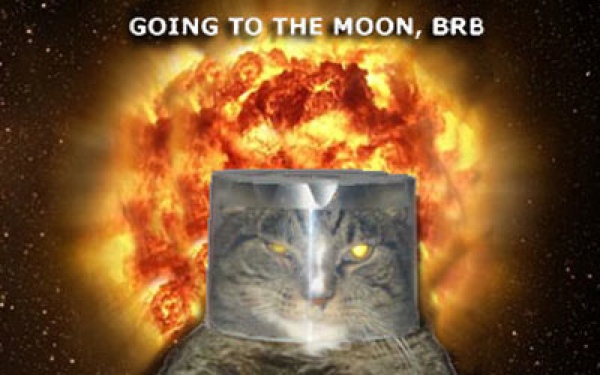 Back in 2008, idiots believed the apocalypse was upon us; a scenario likely unfamiliar to anyone living in 2012. The cause was the Large Hadron Collider, an expensive science project designed to smash things together really, really fast and see what happened. When worries were first raised, 98% of scientists in the world rallied round to assure us the experiments were perfectly safe. The media, being assholes, decided to report on the remaining 2%. Their dedicated scaremongering managed to get everyone terrified about collisions that naturally happen all the goddamn time; despite the non-existent chance of Armageddon. Thankfully, mass hysteria didn’t affect the switch-on and we now have the Higgs to show for it. 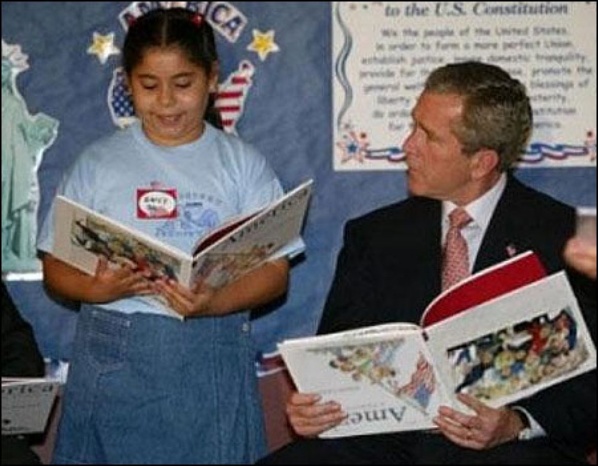 Unless you’re five years old or living with Tea Partiers, you’re probably aware that political allegiance isn’t decided by intelligence. Evidently Guardian journalists missed the memo when they reported on a study ‘proving’ George W. Bush was the dumbest president in 50 years. Ignoring such bullshit warning signs as the study institute being completely fictitious, or the results awarding Bill Clinton a higher IQ than Stephen goddamn Hawking, they ran the piece as fact; ‘cause it just sounds true, doesn’t it? To the utter chagrin of Liberal wets everywhere, it took the uber-rightwing Daily Mail to point out their moronic, glaring error. 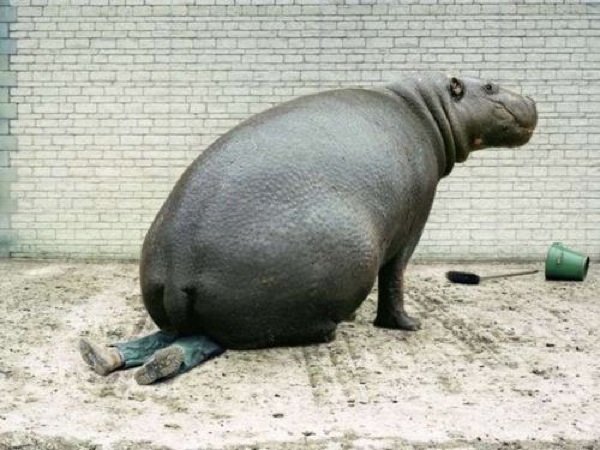 What is it about the word ‘midget’ in a story that makes us completely suspend our critical faculties? The story of a performing midget who trampolined into the mouth of a yawning hippopotamus has been doing the rounds since 1994 and keeps on popping up in actual, reputable newspapers. Like an exhausted horror movie franchise it just won’t die; with Snopes reporting it going to print as late as 2006. Even after 18 goddamn years, you can bet someone is writing it up for publication right now, because what’s journalistic integrity when you’ve got lunch in five? 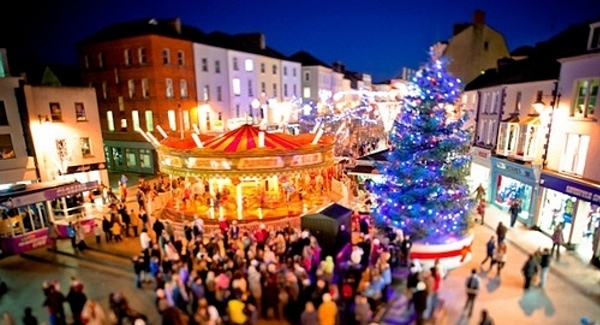 Let’s get one thing straight, there totally was a ‘Winterval’: it ran for two years in Birmingham city centre, encompassing the whole gamut of seasonal festivals. What it never did was replace Christmas. Not that you could tell that from reading UK newspapers or listening to government ministers. For 14 years the press insisted politically correct killjoys were attempting to rebrand the biggest holiday of the year, despite creator Mike Chubb repeatedly insisting he was simply trying to coin a catchy term for the November-February celebrations; a period which, you may have noticed, includes whole months completely devoid of fucking Christmas. The myth was finally put to bed in 2011, thanks to the smallest, least apologetic clarification in the history of churnalism. 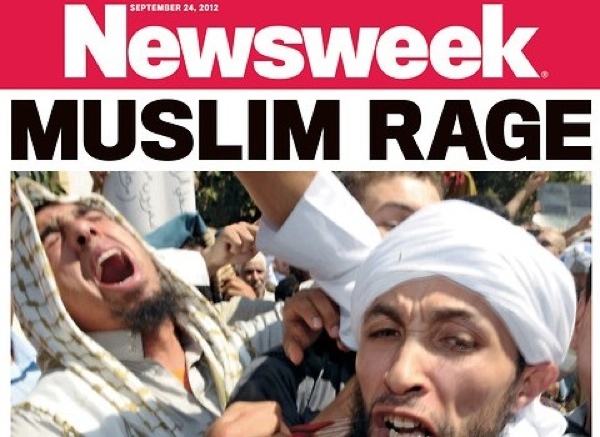 A guide on how to survive ‘Islamic hate’, Newsweek’s answer to accusations of quality journalism managed to cram more lazy racism into a single issue than Glenn Beck manages in 50 outbursts. Conflating minority protests with majority opinion, the piece ignored such events as the unarmed Libyan uprising that drove the militia out of Benghazi; or the election of an Islamic human rights advocate to the Tunisian presidency to portray all Muslims as hate-filled and intent on killing anonymous Midwest families. Luckily for Newsweek, a group of inexplicably non-violent Muslims decided the only way to respond to stupid was with more stupid and promptly ‘hijacked’ their earnest #muslimrage twitter hashtag. You can see some of the best responses here, here and here.

10 Lightning-Fast Facts About The Flash