Ever think you’re going through a crisis, only to find the issue dramatically overstated? Perhaps your kid is bleeding profusely but it turns out to be a small paper cut, or maybe you’re running late and your car won’t start (until it does).

Well, 911 gets a lot of close calls like that, only theirs are actual emergencies…until they get there. Here is a list of some of the more absurd emergency call misunderstandings and miscommunications. 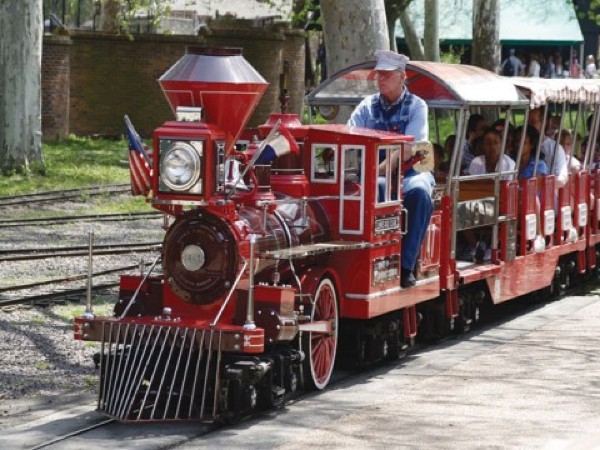 Two ambulances and the cops are dispatched to a miniature train accident.

Usually when someone describes something as a train wreck, it’s not a good thing. Even at your most optimistic, you are sure to imagine nothing short of carnage. So what if you thought there was an actual train wreck?

The 999 dispatch in Essex, UK received a call reporting a “military train accident,” and sent two ambulance crews and a police car to the reported accident site. They would have brought the big guns, but bad weather didn’t permit the airlift.

9
Woman Sees Sleeping Mountain Lion Next Door, Is Half Right 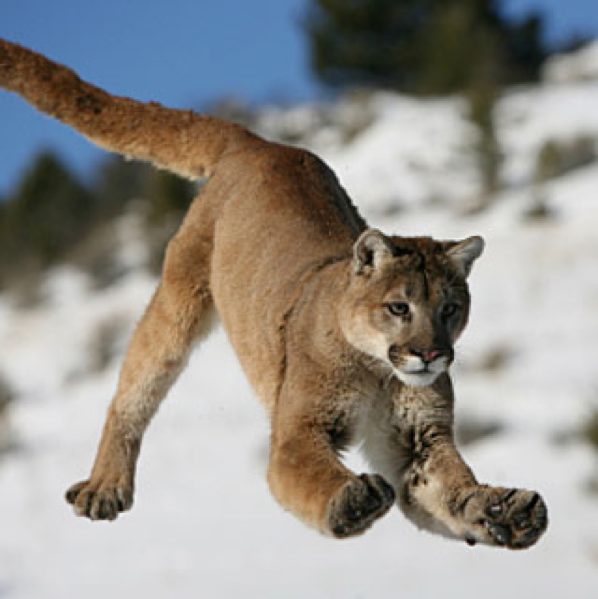 Generally, having a mountain lion in the area is cause for local authorities to be on their toes a little bit. You want the neighborhood to be safe, and cougars aren’t a great thing to have around.

Beverly Bradham had heard recent reports of a wild bobcat or some such terrifying creature snatching up local cats in the area, and as the internet will tell you, that’s a bad thing. So when she walked out onto her deck one morning and saw a sleeping mountain lion, she naturally freaked and called 911. “I’m waiting for it to move,” Beverly said in the emergency call. “Surely there’s no way that it’s something fake that somebody left up there.”

Authorities came out and after a brief investigation (which presumably involved poking the cat with a stick) discovered the animal was, in fact, something fake that somebody left up there. 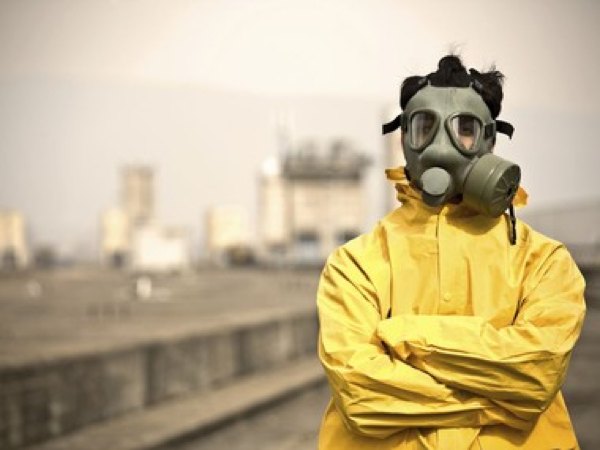 A lot of people like to dress funny nowadays. We see people with giant ear gauges and absurd hair and people who choose to wear next to no clothes at all. And those high-schoolers? Man, they dress scary.

Brandon Jurasin is a New Jersey high school student who was walking around a mall, and wearing some scary-looking clothing. Like, gas mask and armor scary. Scary enough that a woman called the police on him, who searched the mall for the boy matching the description.

Police were prepared for the worst, because a gas mask in a crowded mall would usually be bad news. When police found him, he was dressed as Bane for The Dark Knight Rises movie premiere. Police asked Brandon to change clothes, and he was happy to comply. At least until that cranky woman left the mall, we’re sure.

7
Attacked By A Dead Water Buffalo 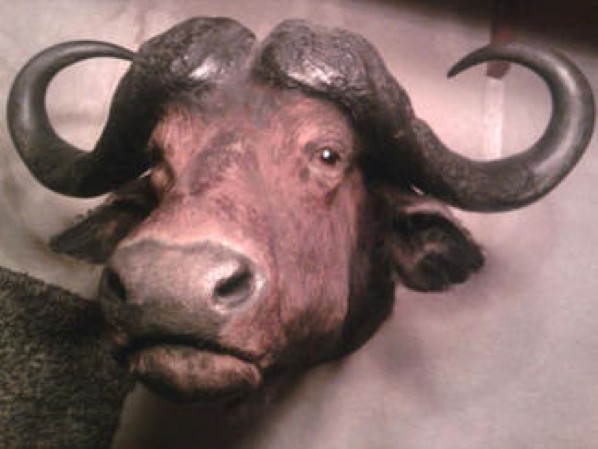 Man calls 911 when a stuffed buffalo falls on him

Vicious animal attacks are the stuff of nightmares – though probably not often involving water buffalo. But once an animal is dead, you pretty much expect it never to bother you again.

At least, that’s what Florida resident Jim Harris thought. He was sitting in his recliner one day enjoying a glass of milk and watching the news, when all of a sudden he was pinned to his chair by a water buffalo. Or more specifically, the 200 pound stuffed head of a water buffalo. Harris was unable to get up, but managed to grab his cell phone and yell obscenities at the 911 operator. ”I think a f**king buffalo fell on me,” he told them.

After being “rescued,” he immediately removed all dead stuffed animals from his house. Harris doesn’t quite agree with the phrase “karma’s a bitch.” He knows for a fact that karma is a buffalo. “I didn’t even shoot him,” he told reporters.

6
The Most Adorable Bomb Ever 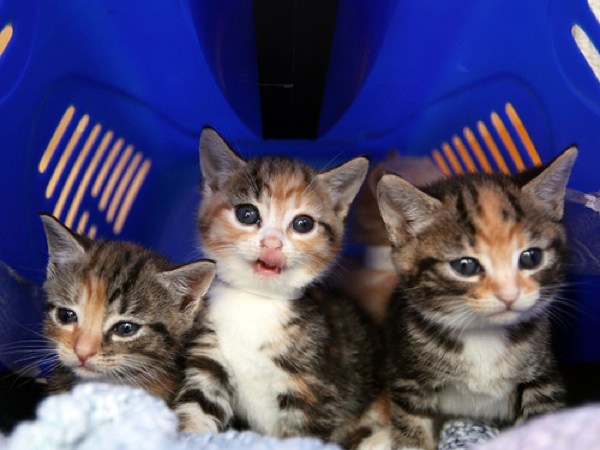 The bomb – that was actually a box of kittens

We’ve all had that little fantasy where some man in a trenchcoat hands you an unmarked package, and all of a sudden you know exactly what to do, because inside that package are the keys to your new spymobile and… never mind. Unmarked packages are usually cause for concern in the real world.

A Social Security office in Florida called 911 in to report a suspicious unmarked package. A bomb squad was immediately dispatched to the scene, ready with emergency detonation equipment and everything. However, upon closer examination, the bomb squad determined that it was about to explode with cuteness. Instead of beeping or ticking, they heard a calm mewing sound, and found that it was a box containing two kittens. One ran away (suspiciously) and the other was taken to an animal shelter, where it was put up for adoption. 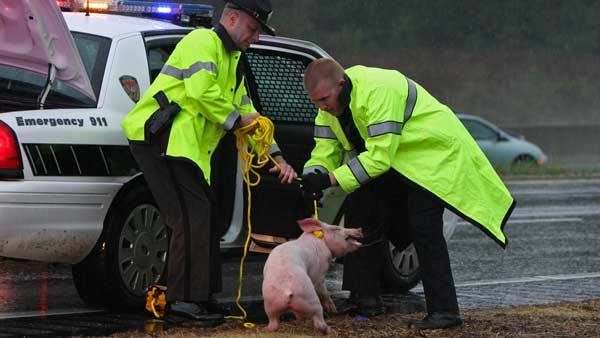 Everyone hates traffic. They hate it. There’s nothing worse than an unnecessary stoppage. And a lot of times, that stoppage comes from people just slowing down to gawk at whatever scene a police car happens to be attending. Those pigs ruin everything, don’t they?

One morning during rush hour, a number of people starting calling 911 to complain about some pigs. Pigs everywhere. They’d been falling out of the back of a truck and had started wandering around the highway during already bad traffic. It ended up taking police over an hour to round up all the pigs (good thing they weren’t greased), who were pretty much unharmed. They were kept at an animal shelter to be held until claimed or auctioned off.

4
Family Gets Lost In A Corn Maze 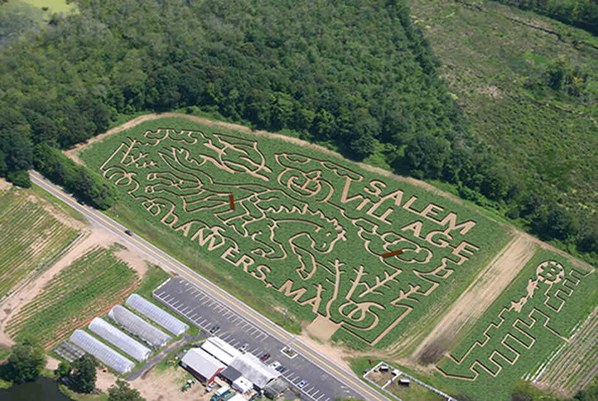 Autumn is such a lovely time of year, and during the daytime, we see the beauty of seasons changing and can embrace it for all it’s worth. But it’s often the dark and mysterious part of fall, Halloween and the like, that give us the most memorable autumn stories.

One day, a woman with her husband and 3 week old child decided to go to a corn maze. Stop and let that sink in for a minute. This woman gave birth less than a month ago, and she’s already taking this child out in the cold where you can almost certainly get lost. What happened? They got lost. The woman called 911 and police were dispatched to them while her husband’s eyes probably rolled all the way back in his head.

Thankfully, it didn’t take long for police to escort the family to safety. When found, they were less than 25 feet away from the exit. 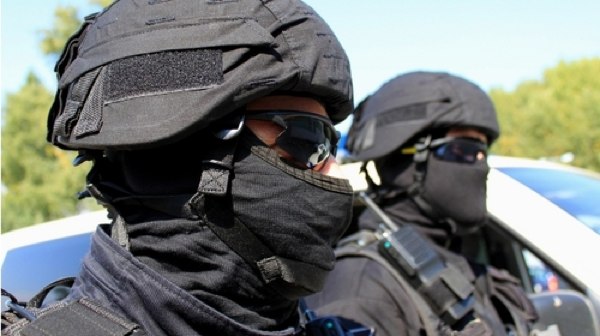 A SWAT team responds wrongly to a hoax call

Crime dramas are fun to watch because we get to see teams of elite trained specialists going in, breaking down doors, and kicking some ass. The bad guy gets pinned, the innocent victims are safe, and all is good. They’d never get an assignment like that wrong would they?

Stephanie Milan was sitting at home watching TV one day, when all of a sudden a stun grenade went off. The front door burst open, and a SWAT team went in prepared for a total showdown. They’d received anonymous bomb threats against the city of Evansville, Indiana (a city totally worth blowing up), and traced it back to the Milan residence through an IP address. Except they got the wrong house. Stephanie Milan had nothing to do with what turned out to be hoax emergency calls, serving as a valuable lesson to us all about the dangers of unsecured Wi-Fi.

2
The Sexiest Bomb Ever 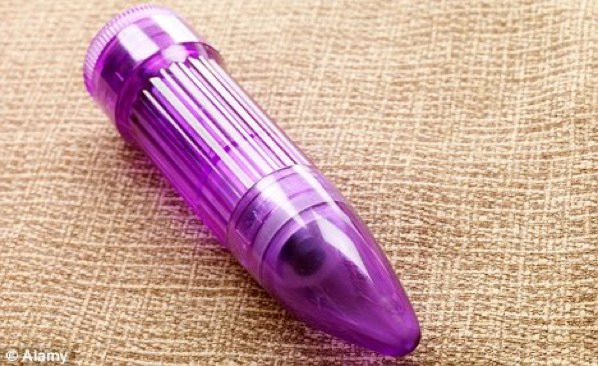 No, this isn’t another little package of kittens, and sorry to disappoint, but it didn’t involve a model bursting out of a package either.

A post office in Russia called in anti-terrorism experts when they noticed a package emitting a strange buzzing noise. Because again, suspicious packages are a very bad thing. Especially if they’re making noises. In what was probably the most exciting thing to happen to this little post office ever, a bomb squad was dispatched, the building was evacuated, and the area was put on moderate lockdown. Still super scary and exciting for those post office workers, right? 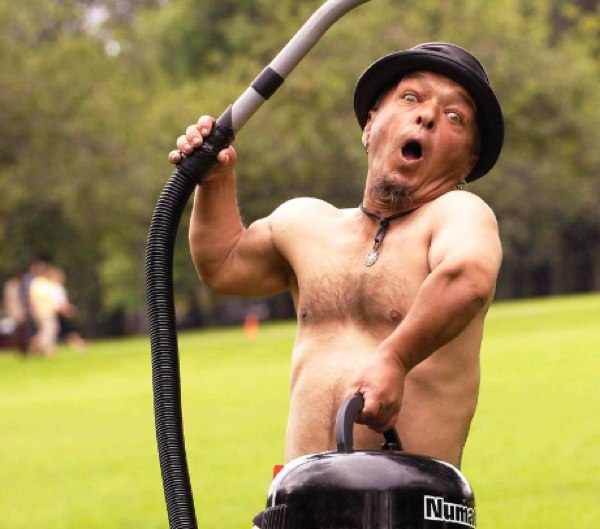 Clown gets his crotch stuck in a vacuum – permanently

If you’re a male and you just read the title of this entry, don’t worry, every other male on the planet would make the same face you just made upon reading something like that.

A dwarf circus performer fell victim to a circus act gone bad and had to have an ambulance called. When the circus comes to town, the hospitals in the area are immediately on red alert; it just comes with the territory. But there probably wasn’t a ton of preparation for this type of, uh… accident.

Part of his act involved a vacuum sticking to his crotch region (this is why people go to the circus, right?), but the attachment used for the illusion broke before the performance. He hastily superglued it together backstage, but due to a tragic glue miscalculation the attachment was more permanent than intended, resulting in hospitalization. It’s totally understandable if you’re not laughing right now.

Gabriel is a Workshop Moderator over at Cracked.com, and his work there can be found here. He also does internet radio here