If you watch a lot of film or TV, you probably have a pretty good idea of what prisons are like: Life is lived in an eight-by-ten cell – with a cellmate who may or may not make you his girlfriend; a cruel, power-mad warden; a constant need to be on guard for sucker punches in the cafeteria, the exercise yard, and especially the shower.

Of course, not all prisons are like the ones on screen. Here are ten that’ll ruin your idea of what a prison looks like; they’re some of the most bizarre prisons in the world. 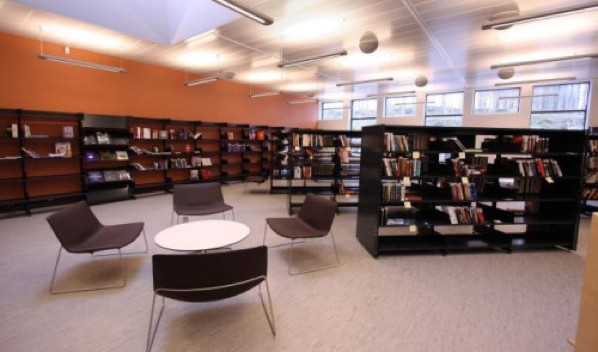 Some prisons are known for being violent and treating prisoners like animals, leading to inhumane and unethical tactics for keeping the peace. Leave it to the Scandinavians to go in the complete opposite direction, with Halden Prison. It has been referred to as the most humane prison in the world.

Located in Norway, Halden is often described as peaceful and relaxing. The prisoners are treated to good food, hot coffee, and cells that boast televisions, mini-fridges, private bathrooms, and scenic views of the surrounding forest. It must be a minimum security facility, right? Nope. Halden is home to some of the worst criminals in Norway. So if you’re ever struggling to get by in that part of the world, maybe an armed robbery could get you a ticket straight to paradise. 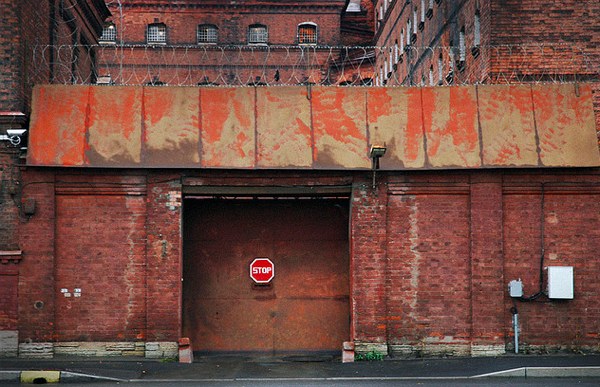 And now from one of the most humane prisons in the world to one of the least: Kresty Prison, located in St. Petersburg, Russia. Built in the 1730s, Kresty looks like everything you’d expect from an old, foreboding Russian prison. It was dark and gloomy, and severely overpopulated. I say “was” because – thankfully for the prisoners – it was effectively shut down with plans to turn it into – what else? – an entertainment and hotel complex.

In the 1990s, it was estimated that 12,500 inmates were imprisoned in Kresty, a staggering figure when you take into account that it was designed to house just 1,150. Cells originally designed for solitary confinement were packed with up to twenty inmates at a time, forcing them to take turns for access to the bunk beds. 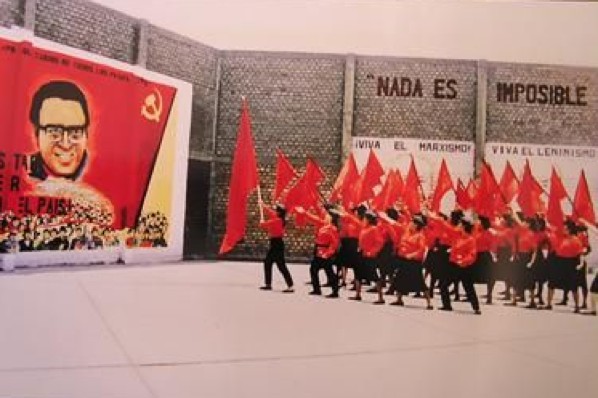 Also known as the “Shining Path” prison, Canto Grande Prison in Peru was a unique prison of a sort usually only seen in movies like The Dark Knight Rises or epic classics like No Escape. It was a prison run by the inmates.

Oh, there were guards there – but they quickly became obsolete as Shining Path took control of the prison and followed their own schedules and created their own rules, including work and study. The education and studying consisted of the works of Lenin, Marx, and Mao, so it makes sense that this Communist group would take the power back for themselves and rebel against the recognized authorities. This was truly a case of the inmates running the asylum.

Located in the Philippines, Cebu Provincial Detention and Rehabilitation Center is a prison you’ve probably seen without realizing it. That’s because back in 2007, the inmates of Cebu became a worldwide phenomenon when they staged a choreographed version of the Thriller dance, which has since become one of the biggest viral videos of all-time.

What you may not have realized is that the Thriller video was not the only choreographed routine the more than 1,500 prisoners have worked on. Since 2005 the prison has actually become well known for this rather unusual method of rehabilitation-by-dancing – even though around 70% of inmates are supposedly violent offenders. 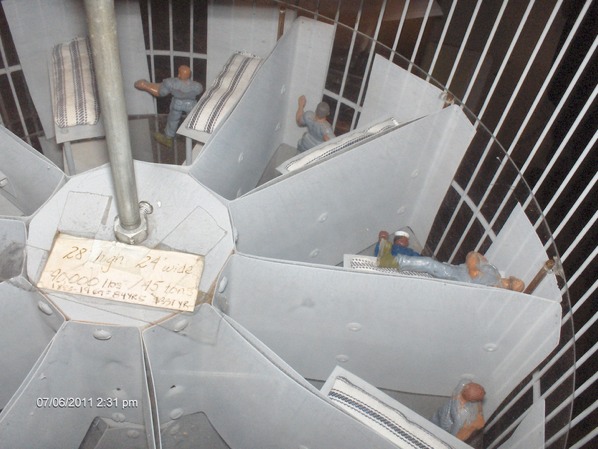 The Squirrel Cage Jail in Pottawattamie County, Iowa, has been closed since 1969 – but in its lifetime is has had one of the most unusual designs ever for a correctional facility. From the outside, it looks like a normal small-town jailhouse. But the inside is another story.

That’s because it features revolving cells. These were designed with the intent of having “maximum security with minimum jailer attention” – meaning that a jailer could sit at the center of the circular structure and, without doing any rounds, keep an eye on all of the prisoners at once. 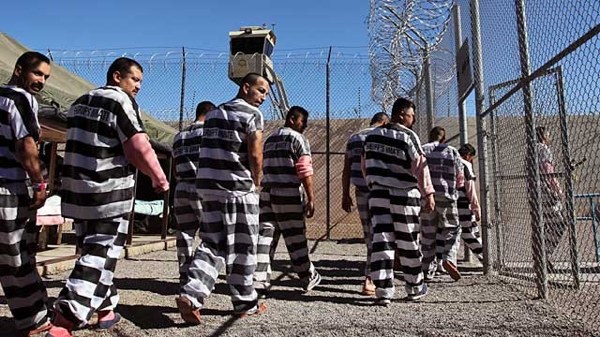 Maricopa County, Arizona has a sheriff named Joe Arpaio, a man who marches to the beat of a different drum when it comes to law enforcement. He’s decided that the best way to treat prisoners is to keep them out in the 110 degree heat and humiliate them in his Tent City Jail.

Tent City is exactly what it sounds like, in case you were wondering. The prisoners of the Maricopa County Jail, both male and female, are kept in canvas tents outdoors in the Arizona heat. This has predictably led to numerous protests against this treatment, often described as inhumane.

Arpaio’s response to all of this is to say that if the US armed forces can take the heat in Iraq and Afghanistan, the prisoners of Tent City can, too. 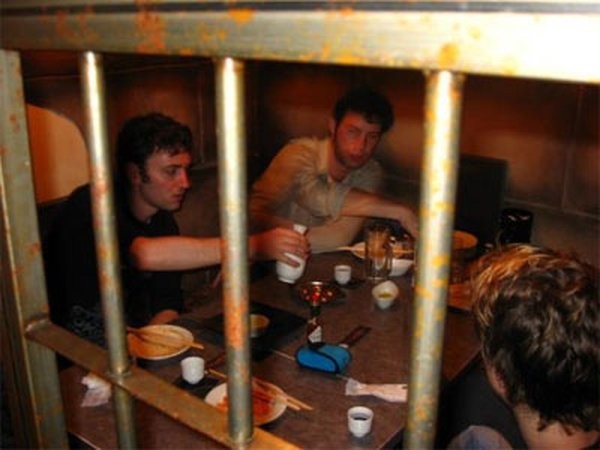 Italy is famous for many things, not the least of which is its fine food. So it should come as no surprise to find out that one of its prisons, Fortezza Medicea, boasts the type of cuisine you might find in a four star restaurant. What is probably a bit more surprising is that the meals are prepared by the inmates themselves – many of whom are serving life sentences for murder. Even more surprising? Regular, law-abiding citizens frequent Fortezza Medicea to sample the menu.

No, they aren’t going and sitting down in some prison cafeteria and risking a shank from an imprisoned Mafioso. Rather, they are getting served by those same Mafiosi who are working in the restaurant that is open to the public on the grounds of Fortezza Medicea. While I’m sure the food is indeed excellent, I would advise against asking for ketchup.

Prison is no place for children. That is, of course, unless the prison in question is Aranjuez, located in the Spanish town of the same name. Aranjuez is home to real, hardened felons serving long sentences for various crimes – but it is also home to a rather unusual secondary group of inmates: their families.

Inside the walls of Aranjuez, the prisoners live with their families in an effort to allow small children to bond with their incarcerated parent, while going to school and living an otherwise pretty normal childhood. The children stay with their parents in the prison until age three, when they are sent to live with relatives.

The cells, as you’d expect, are very different from normal prison cells. They are up to 150 square feet and feature private bathrooms and are typically child oriented. On the plus side, when it’s time for the kids to go to a real school, they’ll already have more street cred than anyone else on the jungle gym. 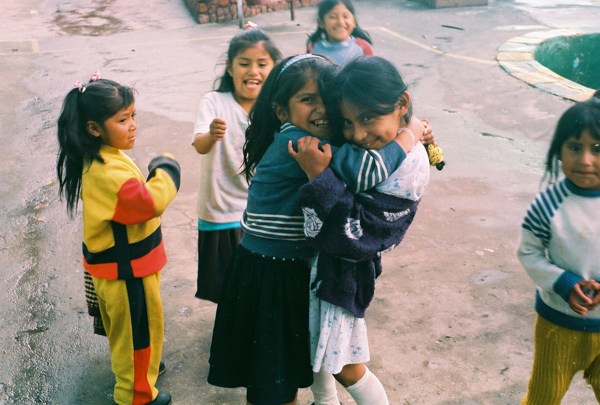 San Pedro Prison is a thriving community – and believe it or not, a bona fide tourist attraction.

The prison – located in Bolivia – is split up into sections and classes. The “rich” prisoners are able to buy what would pass for luxury: cells with a private bathroom, cable television, a kitchen, and sometimes even a Jacuzzi. It will cost a prisoner between $1,000 and $1,500 to buy one of these cells, which they’ll “own” until their sentence is over. There are children in San Pedro, along with markets and shops, and – amazingly – absolutely no guards. The prisoners devised a system of rules and laws which they enforce themselves with minimal outside interference. 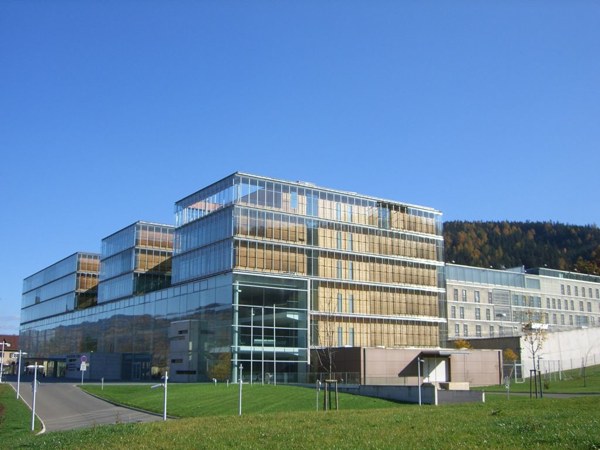 I began the list taking about the most humane prison in the world, and I’ll end it by talking about the most luxurious. Justizzentrum Leoben, or Justice Center Leoben, is located in Austria – and it’s much nicer than where I live. It’s often referred to as a five star prison, and is more like a resort than a detention facility.

It’s a grand, beautiful, and ultra-chic building boasting a modern design and fantastic amenities and landscaping. It almost makes you forget about the razor wire adorning the tops of the walls – just about the only reminder that it’s actually a prison. The cells are spacious and comfortable, more like upmarket dorm rooms than prison cells. Of course – if you ask most college students – they’ll tell you that those two things are pretty much the same.