We’ve already seen how robots are going to enslave and kill the entire human race, but let’s go ahead and drive the final nail into that coffin. The following robots are more advanced than anything we’ve seen so far, reaching levels of logic, dexterity, and construction that – in some cases – even surpass the wildest dreams of their designers.

In a world where everything from our cars to our jobs to our very organs are controlled by robots, why wouldn’t you be terrified? Here are 10 more reasons the robopocalypse is just around the corner.

10
They’re Keeping Track Of Our Habits 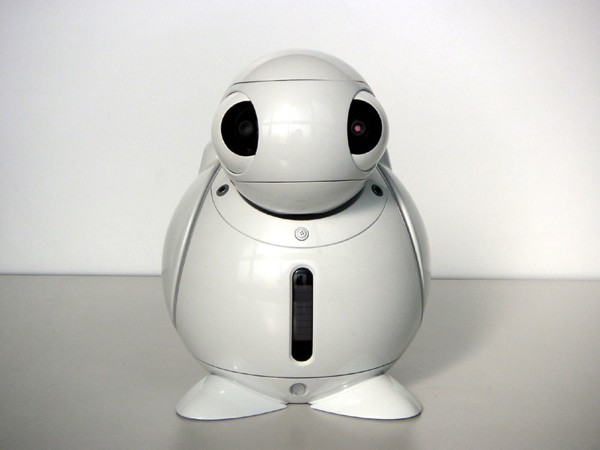 It looks innocent enough, but beneath the adorable exterior of the ApriPoco robot lies a cold, calculating memory bank. Though it was designed as a remote control for your home theater, the technology has far-reaching implications besides remembering which channel HBO is. The robot sits silently in your living room and – whenever you use a remote for anything, such as turning on your stereo or changing the TV’s channel – it will ask what you just did. You then tell it, and ApriPoco will remember the IR (infrared) signal that corresponds with that action.

Then, when you want to repeat that action, you tell it something like “Turn on the Blu-Ray player,” and it will do what you ask. Right now it’s only designed to work with IR devices, but there’s no reason why the memory and logic processing technology couldn’t be applied to physical commands in the future, such as “Open the front door” or “Kill that human.”

The video above shows a cockroach being directed by electrical pulses delivered to its brain. The “Roach Biobot” is being developed by the iBionics Lab at NC State University. The pulses override the natural navigation system of the cockroach to make it think that there are obstacles in its path, causing it to turn. Throw in a different pulse and the roach turns the other way, allowing you to steer it.

To induce forward motion, they trick a small sensor at the back of the cockroach that signals the presence of a predator. When it activates, the roach runs forward to escape the danger. The NC State team isn’t the only research group exploring this line of technology either – The University of Michigan, in conjunction with DARPA, has been developing their “Hybrid insect Micro-Electro-Mechanical-System” using a similar technique on a unicorn beetle. Their approach is to embed the electrodes during the pupal (caterpillar) stage. Then, as the beetle develops, its tissues will grow around the mechanical device, creating a true insect cyborg.

In addition to the sensory manipulation, DARPA is also placing electrodes along the wing muscles, allowing them to control the beetle in flight. They plan to develop remote-controlled “insect swarms with various sorts of different embedded…sensors.” Uh oh.

8
They’re Getting Complex Biological Circuits – At the Cellular Level 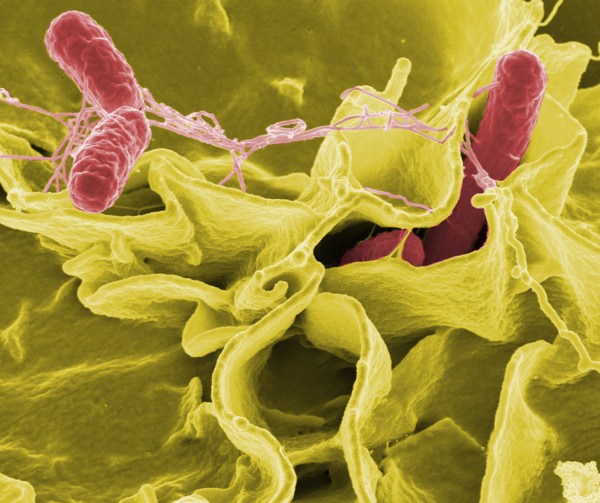 One of the things we humans have going for us is that we can repair our bodies and reproduce – and until machines can do the same without human-built factories, we’re relatively safe. Unfortunately, we’re fixing that problem for them too. Researchers at MIT have nearly perfected a cellular circuit that takes its parts from actual genes. This has been done before, but the problem with using genetic parts is that the genes sort of mix together and get in the way of each other. As the head researcher on this project, Christopher Voigt, put it, “The cell is sort of a burrito. It has everything mixed together.”

To solve that problem, they looked at the way the salmonella bacterium interacts with human cells. What they’re doing now is creating layers of nano circuits that communicate through specific proteins rather than electrical impulses, allowing each layer to complete its job without risking cross-communicating with the other layers in the circuit. At the time, they’re using this to create a sensor to be implanted in yeast, which will allow the yeast to monitor the surrounding environment and “adjust their output accordingly.”

So to recap: the bacteria itself will be aware of what is happening around it. Imagine if that was used in a virus or a bacterial pathogen.

Let’s look at another obstacle in the way of a robotic uprising – construction. We have buildings, forts, defenses, places to hide – and even though they can still nuke those into oblivion, it’s at least something. But as it turns out, it’s much easier for a robot to build a structure than it is for us. All you have to do is upload a blueprint into their hard drive along with coordinates for placement of the building materials, and they’ll take care of it with brisk, machine-like precision.

The video above shows a small quad-rotor fleet constructing a 20-foot (6m) tower, piece by piece. And keep in mind, they aren’t being remote controlled – each quad-rotor is acting entirely on its own, using the blueprints already uploaded to figure out where to place each brick.

Engineers at the University of Colorado are hard at work putting together the world’s smallest supersonic unmanned aerial drone, which will measure roughly 7 feet by 5 feet. To put that into perspective, that’s about the size of Shaquille O’Neal (although at 110lbs (50kg) the drone weighs much less). The head researcher on the project is Dr. Ryan P. Starkey, who has just tested the world’s smallest supersonic jet engine, the one which will be used to propel the craft.

Among other goals, the research team hopes to set a new airspeed record – which will make this drone the fastest thing in the world.

5
They Can Scale Vertical Walls
RISE

Correct me if I’m wrong, but this is a technology that we haven’t even made for humans yet, which means that we’re giving robots the most state of the art gear – because, honestly, they can use it better than we can anyway.

The robot, aptly named RISE, is the joint effort of the robotics engineering dream team: Boston Dynamics, Carnegie Mellon, Berkley, Stanford, and U Penn, with funding from DARPA. It uses micro hooks on its feet to grip the tiny grooves and peaks in seemingly flat surfaces – like concrete walls – much the same way a gecko climbs walls.

Its body is flexible, allowing it to adjust its posture in relation to the way the surface is curved. So, for example, it can climb a flat wall just as easily as a curved tree trunk. RISE moves slowly enough right now, but we have the basic technology, so it’s only a matter of time before it’s improved enough to allow for increased speed – allowing that giant scorpion bot to run up those walls and straight into your bedroom.

4
They Can Think…And Learn 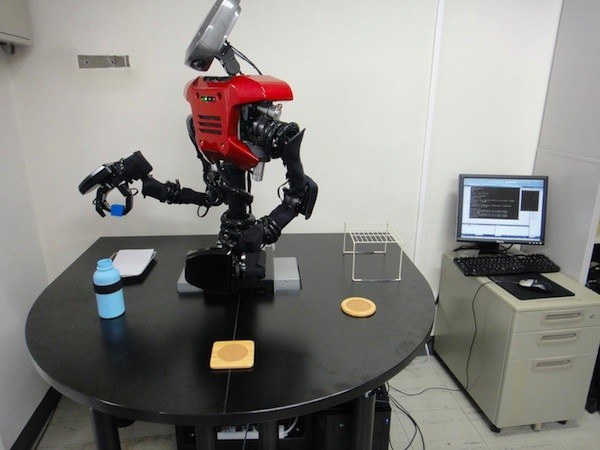 When you hear the phrase “self-replicating neural network,” it is your natural human right to be terrified out of your mind. Well, it’s here. The Tokyo Institute of Technology has developed a robot that uses advanced artificial intelligence to learn from past experiences, make educated guesses, and decide the best sequence of events to use to complete a task.

In one experiment, the researchers told the robot to make a glass of ice water. With no specific programming to teach it those motions, the robot poured a glass of water, placed the glass on the table (realizing it had only two hands), and used its free hand to pick up ice to drop into the water.

But it gets even scarier: The robot uses its own sensors to pick up data from its environment, but it can also communicate with other robots to learn from THEIR experiences, and then adjust that data to be relevant to its own environment. Here are the words of one of the researchers, explaining how a Japanese robot would learn to make tea:

“Suppose, for example, that a robot in the UK tells it how to make British-style tea. We think this robot will become able to transfer that knowledge to its immediate situation, and make green tea using a Japanese teapot.”

Tea is one thing, but imagine Nico, the self-aware robot from my first article, starting to question his existence as a robot, and then passing that information on to other robots. Now picture Skynet. That might be the reason why… 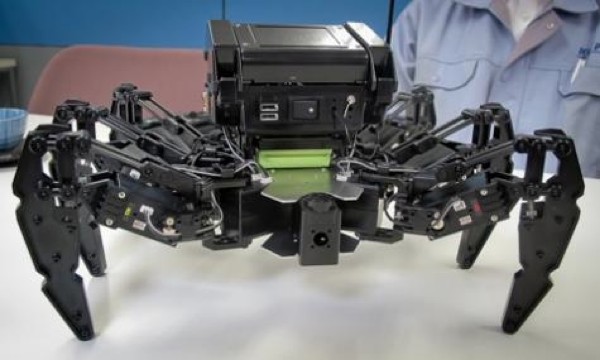 For some reason, scientists seem to think that robots that can learn and think aren’t scary enough; now they’re just designing them to be as utterly frightening as possible. Take, for example, the Asterisk, a six-legged robot that – just like a two foot wide metallic spider – can stop and use any two legs as arms to pick something up.

Or how about the sand flea bot, which looks safe enough at first, until with a sickening POP it launches itself 30 feet into the air to land on a roof of a building. Then there’s this talking robot mouth (#12), which seems to have no purpose other than giving you nightmares.

Finally, we have the Kondo Hexapod, a six-legged bot that sounds even more terrifying than it looks as it scuttles across the top of a table and throws up an arm as quickly as you can put your hand within reach.

The video above shows a robotic hand made by Japan’s Ishikawa Komuro Lab – a hand that can perform complex feats of dexterity so quickly that you need a high speed camera to even see what it’s doing. Some of the things it can do include twirling a pen between its fingers, dribbling a ping pong ball between individual fingers, and catching flying objects in midair – feats that require not only lightning-fast servos, but the ability to track and analyze environmental objects in a fraction of a second.

According to this site, the hand is capable of making a fist in only a tenth of a second. But really, it’s all pretty silly. As much as we can fear monger about some sort of robot uprising, common sense dictates that it’s never really going to happen, right? Well, except for the fact that… 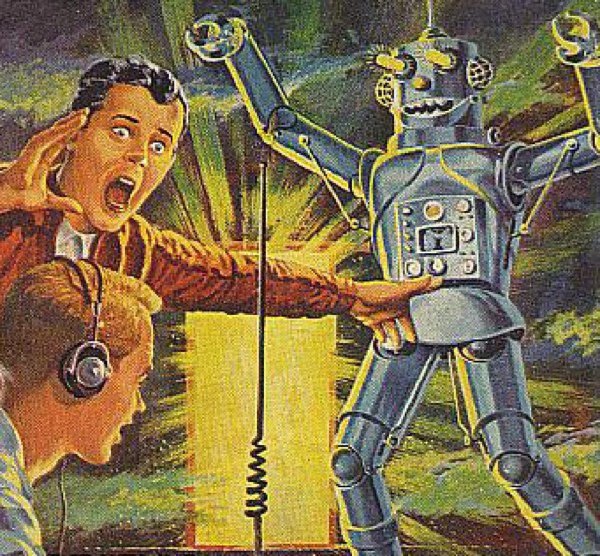 In 2007, a man in Sweden was attacked and nearly killed by one of the industrial robots at his workplace which was normally used for moving large rocks. This quote is an actual account of the malfunction:

“Thinking he had cut off the power supply, the man approached the robot with no sense of trepidation. But the robot suddenly came to life and grabbed a tight hold of the victims head.”

That exactly describes the scariest moment in any horror movie: The machine comes to life even after it’s been unplugged, going straight for the nearest person with murder on its mind. In this case, the police investigated the mishap and seemed to think the fault lay on the factory for not instating proper safety procedures – maybe the power disconnect didn’t fully immobilize the machine – and granted, it’s possible that the worker didn’t disconnect the power himself. But even accounting for both of those possibilities – there’s no ignoring that robot still went straight for the worker and latched onto his head.

Who’s to say any of these robots couldn’t do the exact same thing?

Eli Nixon wrote about a terrifying future in Pretty Bird: A Sci-Fi Novella.