Modern people are skeptical by nature. Maybe that’s because we grew up reading, listening to, and watching fantastical stories, only to discover the real world isn’t as exciting. Monsters are not real. Magic is not real. Santa Claus, the Easter Bunny and Hanukkah Hank. But just because Santa isn’t a magical elf overlord, it doesn’t mean there wasn’t a real life individual who did some breaking and entering and left gifts in his wake.

Let’s give our skepticism a dose of reality and take a look at ten (and a bonus and competition) supposedly mythical things that actually existed, or that have had real world equivalents.

Theories as to what inspired stories of dragons include lost crocodiles and dinosaur bones, but we can’t call these real dragons because humans never encountered dinosaurs, and crocodiles are too small. That’s where the Megalania comes in, an ancient relative of the Komodo Dragon that terrorized the Aboriginals of Australia. It grew to lengths of up to twenty-six feet (eight meters) and weighed up to 4,300 pounds (1.9 tons). Its poisonous saliva contained a blood thinner that caused its victims to bleed to death. 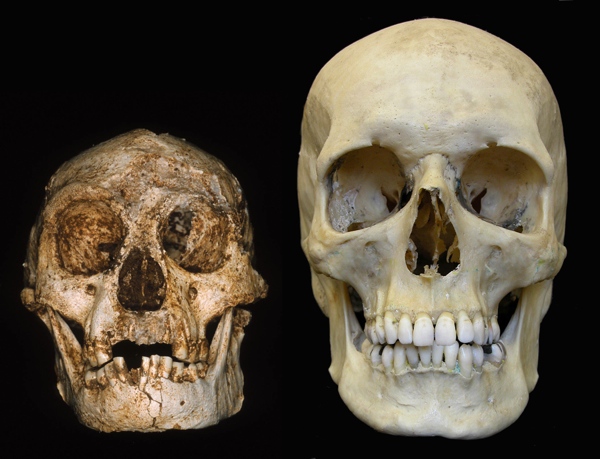 Excavations of a limestone cave on the Indonesia island of Flores uncovered a three-foot-tall skeleton with a skull one third the size of a normal human—a hobbit. Researchers discovered the bones of nine such people, the youngest of which dates back about 12,000 years. They also found tools and other signs of civilization. There are skeptics who believe the hobbits are simply humans that suffered from a growth inhibiting condition such as microcephaly, but the popular opinion among scientists is that the hobbits are a separate species like Neanderthals that shared a common ancestor with humans. Also, Indonesia has active volcanoes, which you could, say, throw a ring inside if needs be . . . 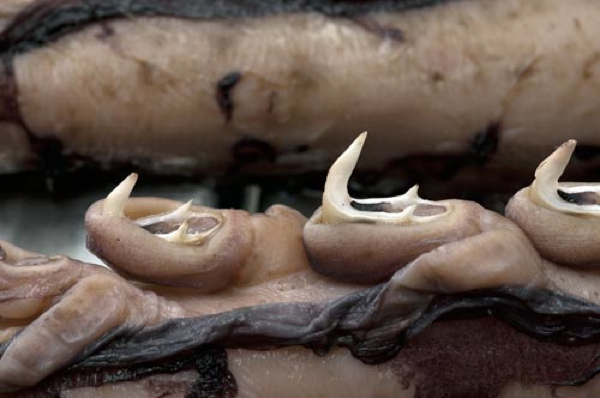 The Kraken is widely believed to have been inspired by a giant squid. That’s a little bit of a letdown, isn’t it? With eyes like beach balls, a giant squid is big for sure, but it lacks a certain . . . monstrosity. It’s not something we could see tearing a boat apart.

But recently a Colossal Squid was discovered in the Southern Ocean. It’s estimated to be about forty-six feet (fourteen meters) in length and its beak and eyes are bigger than that of a giant squid. What sets it apart from other squids: in addition to suckers, its limbs are lined with sharp hooks, some that swivel and others that have three points. Now that could do some damage. 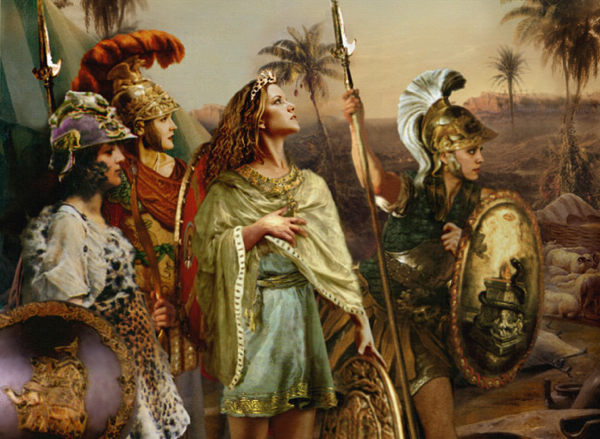 You’ve no doubt heard of the Amazon’s—exclusively female tribes of fierce warriors who are best known for getting wild with Hercules. The Greek historian Herodotus wrote of the fate of the Amazons, saying that they were captured, relocated, overcame their captors, became shipwrecked, and then ended up on the Eurasian Steppe where they fought the Scythians. Thinking the Amazons would make strong wives, The Scythian men decided to fight the next battle on the field of love. The dwindling Amazons eventual agreed to inter-marry with the Scythians as long as their daughters were encouraged to continue the proud tradition of the woman warrior.

Herodotus has been known to embellish history, so it’s best not to believe him unless he’s backed by archaeological evidence. And he is. Ancient graves unearthed in the Eurasian Steppe reveal that a good portion of the Scythian women had battle-damaged bones, and that they were buried with swords, bows, daggers and other staples of the warrior. 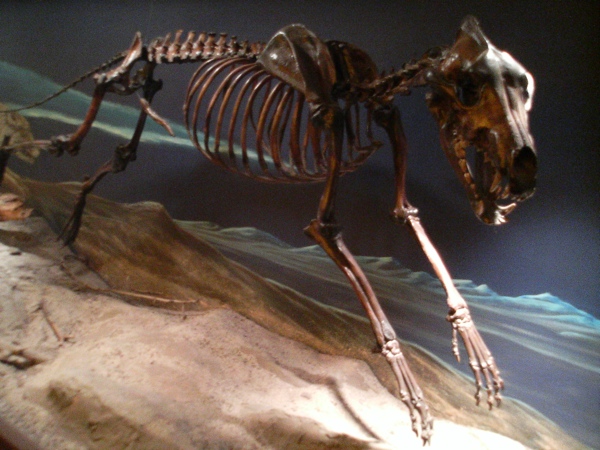 The Dire Wolf has appeared in many role-playing games, and maybe you’ve read (or seen) them most recently on Game of Thrones. In real life, dire wolves existed alongside early man and the mega-fauna in the Pleistocene Age. They were larger than the average wolf, stronger, and had sharper teeth.

But when the mega-fauna began to go extinct, dire wolves lost their primary food source. They were too slow to hunt the smaller prey that modern grey wolves feasted upon, which forced them to become scavengers—something they weren’t really built for. Eventually they died out. 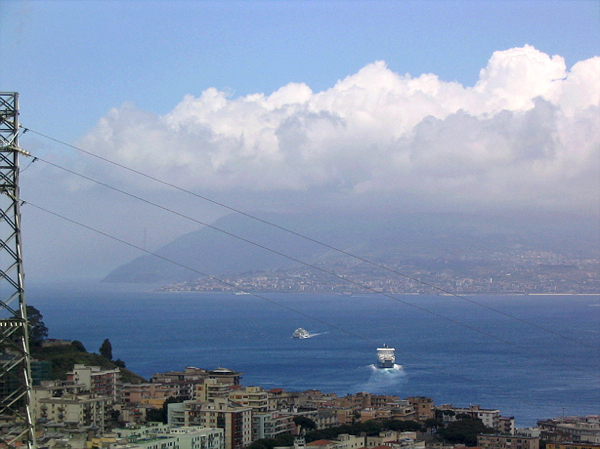 On Odysseus’ voyage, he had to steer his ship through a narrow strait that had a monster close to either shore. On one side was Scylla, a multi-headed beast that plucked crew from the deck. On the other side was Charybdis, a sea monster that sucked ships to the depths using a whirlpool. Odysseus opted to sail nearby Scylla, thinking it would be better to lose a few men instead of the whole ship.

The Straits of Messina run between Sicily and the Italian mainland. It is here that Scylla and Charybdis lived. Charybdis is an actual whirlpool minus the monster, and its current is weaker than the legends would have you believe. On the other side of the strait are rocky shoals believed to have inspired the heads of Scylla. In reality, it looks like Odysseus might have been better off choosing Charybdis. 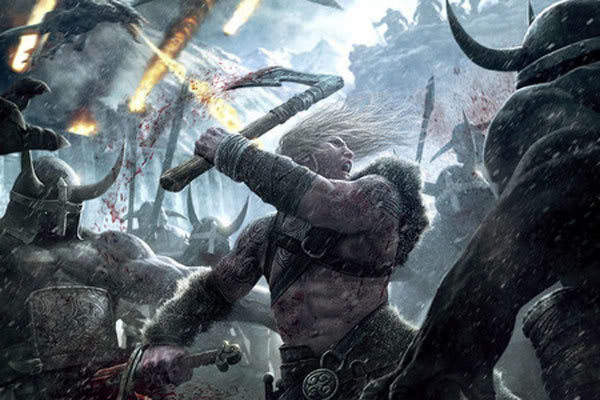 Berserkers aren’t just a character build from Skyrim, they first appeared in old Norse poems and were feared warriors in their day. But how did they obtain supernatural strength and invulnerability? Surely their legendary battle frenzies were not more than embellished stories? The stories were true. Berserkers achieved their frenzy by chasing a dragon of a different sort. They took intoxicating drugs before battle—most likely hallucinogens—that made them fearless, stronger and dull to pain and danger. Researchers have discovered that the drug bufotenine is capable of reproducing the berserk rage. 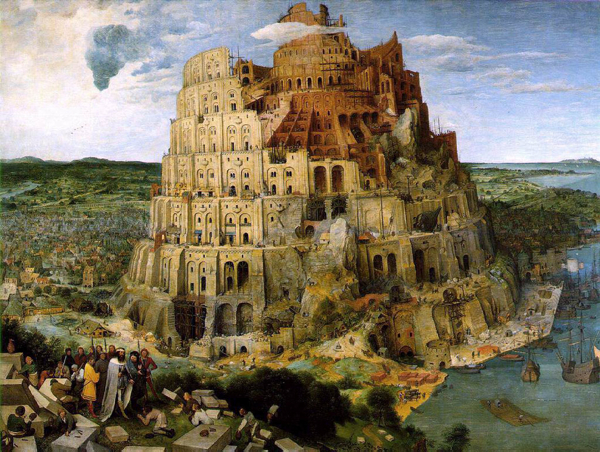 Unlike the Hanging Gardens, there is archaeological evidence at the dig-site of Babylon to support that Nebuchadnezzar II commissioned the Tower of Babel. You can see its remnants here.

Only it wasn’t a place of babbling gibberish that was destroyed by God. It was a ziggurat named Etemenanki, a temple to the god Marduk that was later destroyed by Alexander the Great. He wished to rebuild it in his image, but died before that could happen. Many people subsequently tried to rebuild it in their own images, each time tearing down what had been rebuilt to start anew. But nobody ever finished it. It looks like this place ended up representing humankind’s inability to work together after all. 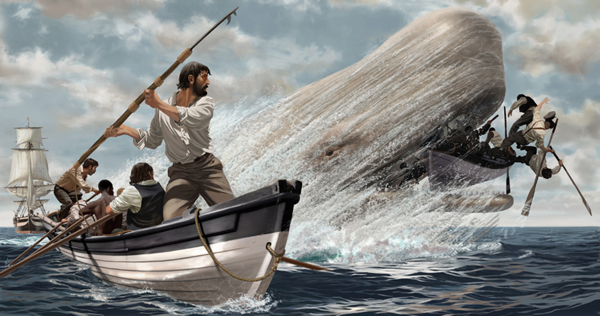 Not only was Moby Dick inspired by an actual giant white sperm whale, but the real one was infinitely more badass. He was named Mocha Dick, perhaps because he lived near the island of Mocha. He came off victorious against a hundred whaling ships, sending some in splinters to the bottom of the sea. He also took on three whaling ships at once and won.

Captain Ahab was also inspired by a man living around the same time as Mocha Dick. Captain Pollard didn’t seek revenge after his ship was wrecked by a whale, forcing him and his crew to resort to cannibalism to survive, but he did go back out to sea as the captain of a new ship . . . that also was sunk—this time by a storm. He spent his remaining years as a night watchman.

Korean legends speak of Imoogi—enormous pythons believed to be juvenile dragons. It is said that the Imoogi lived in water or caves, and had to survive for a thousand years before they could ascend to heaven and become true, fully-formed dragons.

Although it existed in South America and not Korea, there was a python of such gigantic proportions that we might mistake it for a young dragon. The Titanoboa was roughly 46 feet (14 meters) in length and weighed over a ton. It constricted at a force of 400psi, which is like having 1.5 times the Brooklyn Bridge on top of you, and it could swallow a human without even showing a bulge. They went extinct long ago, but we like to think that they ascended to dragon-hood. 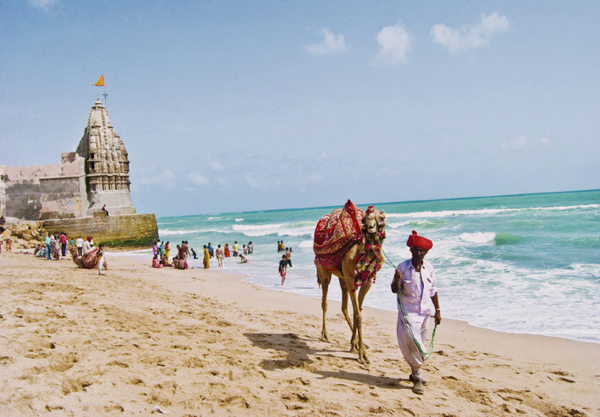 According to legend, Krishna (Hindu equivalent of Jesus) ruled over the city of Dwarka—until it was swallowed by the sea. For Hindus, finding the Lost City of Dwarka would be like finding the Holy Grail or the Arc of the Covenant.

Archaeologists have discovered a sunken city off the shores of India. Stone reliefs found in this city have not only indicated that it is in fact Dwarka, the oldest city in history, but that it was ruled by a flesh and blood Lord Krishna. 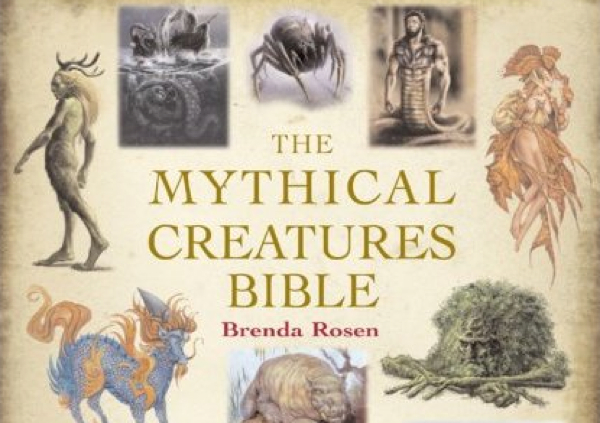 Mythological creatures: we all love to read about them. So we have a competition to win the book The Mythical Creatures Bible. It is chock full of fascinating tales and incredible illustrations. To enter the competition you simply have to comment on this list. Your comment should be related to this list and should not be an obvious attempt to win—in other words, don’t comment just for the sake of commenting. When tomorrow’s lists are published, the five comments with the highest upvotes will be chosen from this list to win the prize—so you get to pick the winners with your votes! We will notify the winners by email (if registered) or via a reply here. We will also name the winners on the Listverse Facebook Page. There is no limit to the number of comments per person. You can click the “Facebook” button directly below this to share it with your friends – remind them to vote for your comment.

Matt is a freelance editor. His first article at Cracked is due to appear in the near future. Follow the link to see if it’s out yet (articles appear under the about section)