Canons of beauty change over time and what might be considered appealing to the eye at one point in history can quickly become run-of-the-mill in another (just ask the Victorians who covered up their piano legs). One thing that does seem to remain static however, especially in recent times, is most people’s views of beauty pageants. Often seen as vulgar institutions propping up a society obsessed with ‘perfect’ beauty the following ten pageants go some way to dispel that myth. Behold, beauty pageants with a twist… and some pretty darn good ones too. 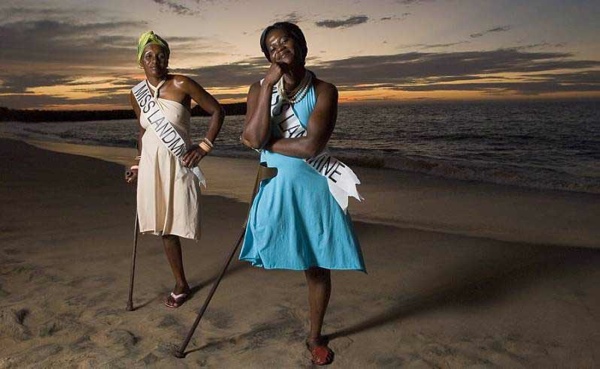 At first glance a contest to find the most beautiful mutilated Angolan woman was always going to be a hard sell. But this is a classic example of look before you leap, thought-wise. Despite only running for one year in 2008 the contest did exactly what it set out to do—shock and surprise so as to court headlines and raise awareness of land mine victims in Africa. The brainchild of Norwegian theatre director Morten Traavik, from the outset, the contest was accused of being exploitative—a modern day freak show. However, Taavik believed the contest championed ‘pride and empowerment over physical perfection.’ What did the winner get? First prize was a gold painted, top quality leg prosthesis, but the land mine victims of Angola were the winners overall.

Traavik developed the idea when he noticed the amount of land mine victims in Angola, a repercussion of the 20-year civil war, whilst on holiday there—he also noticed the hunger for ‘beauty’ pageants held in the backstreets by kids. Marrying the two together, and with the support of the EU, the Norwegian art council and the Angolan de-mining commission—as well as the country’s first lady—Traavik created Miss Land mine. From the off the show was set up as a way of creating a support network for victims—nominated land mine victims provided and coordinated information about health care and education to other women in their designated province.

Certainly in Traavik’s eyes, the contest was an unmitigated success, as it sparked conversation about land mine victims the world over. The show was planned for Cambodia the following year but whereas the Angola government embraced it, the Cambodian government shut it down in an emergency meeting hours before it was due to start.

At the Star Trek convention, TrexTrax in Atlanta you can literally do anything Klingon. There’s the Klingon Family Feud game show; Klingon Karaoke; Bat’leth Demonstration (that’s the Klingon weapon for all you non-geeks out there); a lecture on Klingon language, including how to say ‘Where’s the toilet?’; and last but not least, the Miss Klingon Empire Beauty Pageant. Winners have been known to celebrate by cutting off the runner-ups head… or at least threatening to in true fan-fiction fashion. 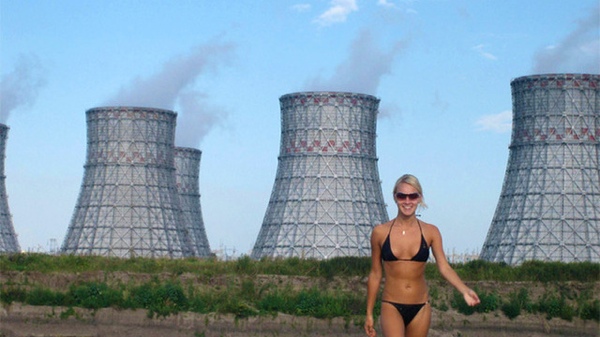 Stan Lee missed a trick here. Miss Atom certainly sounds like the sort of superhero to adorn the covers of Marvel in the 90s. But in actual fact, Miss Atom was an internet beauty contest run by Nuclear.Ru, a nuclear energy company based in Russia. The purpose of the contest? To highlight the charming ladies that worked within the nuclear energy industry (from research centers to federal nuclear power stations—and even students studying nuclear energy could enter) and to encourage others to see it as a viable career choice. The contest ran for over eight years (2004-2011) and featured Atom Girls from Russia, Ukraine, Belarus, Kazakhstan and Lithuania. The organizers hoped that the association of beautiful women with the generally-seen-as-negative world of nuclear power would help to rebrand the industry and would even go some way to reclaim the word ‘atom’. We’ve heard some excuses to look at partially dressed women—albeit, partially dressed women stood in front of huge concrete power stations—but this one certainly takes the radioactive biscuit. 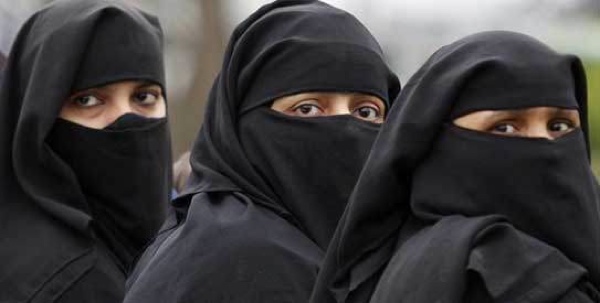 How can a pageant be all about beauty when the face is covered you cry? Ah. What about inner beauty, hmmm? This Saudi Arabian contest is slightly different from the usual beauty pageant because the contestants are completely covered—apart from their eyes—in a black abaya. In a complete change of pace compared to other pageants, contestants are judged on moral, family and social values. But here’s the kicker—they’re judged over a three-month period. The winner gets cash, a diamond watch, a pearl necklace and a trip to Malaysia.

Granted. In the Western world we revere the condom as well—what respectable man hasn’t got a ten-year-old Durex embalmed in the depths of their wallet? But in Thailand, the love of the rubber one is all about the promotion of safe sex, and we’re talking well beyond the normal sex education lessons once a month at school. Showcasing twenty women from four different countries, the contestants of Miss Condom had to show off their condom blowing-up skills and dazzle judges with their knowledge of HIV (although, thankfully, they were not required to try to fit a condom on their head). Set up by Senator Mechai Viravaidya, aka Mr Condom (seriously), the pageant aimed to remove the stigma surrounding condom use in conservative Thailand and was one of a litany of stunts by the Thai government to promote safe sex—another of which was getting policemen to hand out condoms to drivers in traffic jams. 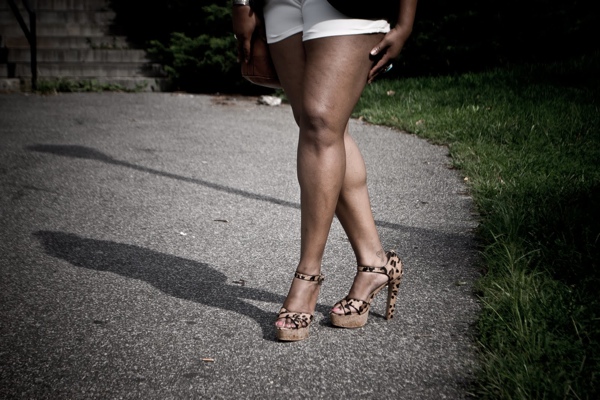 At the Great Texas Mosquito Festival in Clute, Texas the mosquito is celebrated in all its oddity. Held smack bang in the middle of mosquito season with the little blighters buzzing around all over the place there’s everything from Senior Citizens Bingo to Haystack Diving. But the pièce de résistance has to be the Mr and Miss Mosquito Legs competition. Quite simply, contestants don a pair of shorts and strut their stuff and the best pair of legs wins. Who said mozzies weren’t fun? 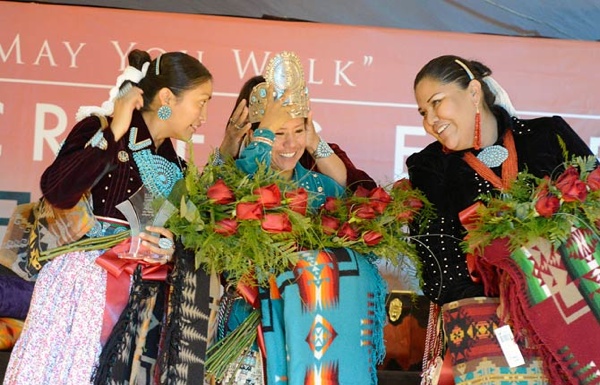 Yes, you might look good in a swimsuit but can you butcher a sheep? Believe it or not, mutton butchery is one of the requirements of Miss Navajo Nation—the beauty pageant which has been running since 1952, although things have changed a lot since then. Originally the winner would be selected after a simple applause test, a clap-o-metre if you will, but some sixty odd years on things aren’t so simple. The winner of Miss Navajo Nation (a merging of Miss Navajo and Miss Modern Navajo) must display superior skills in both traditional and modern Navajo ways of life. Contestants mush speak both Navajo and English; have a good knowledge of the Navajo culture and tradition; show an ability to demonstrate two or three traditional (weaving, butchery or corn grinding for example) and contemporary (singing, dancing or gymnastics for example) Navajo skills; and must represent womanhood through the ‘grandmother, mother, aunt, and sister’ roles. Once elected, Miss Navajo Nation is awarded a plush new apartment and is even paid for an entire year to travel the world to teach the Navajo way. 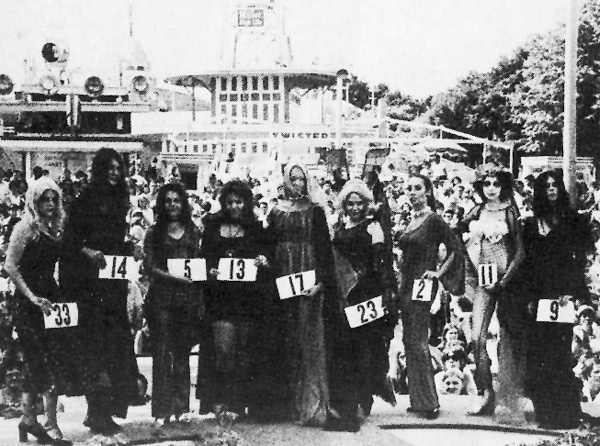 Anyone would think that the vampire obsession age was the one which accompanied the Twilight saga but not so. In 1970s America, it was Dark Shadows which stirred up everyone’s lust for the blood sucking, fanged folk of Transylvania. Miss American Vampire was borne out of a light bulb moment to promote the 1970 spin off movie The House of Dark Shadows. The eventual winner—crowned on national telly—was Sacheen Littlefeather who, rather bizarrely, only a couple of years later in 1972 would receive the Oscar award for Best Actor on behalf of Marlon Brando. 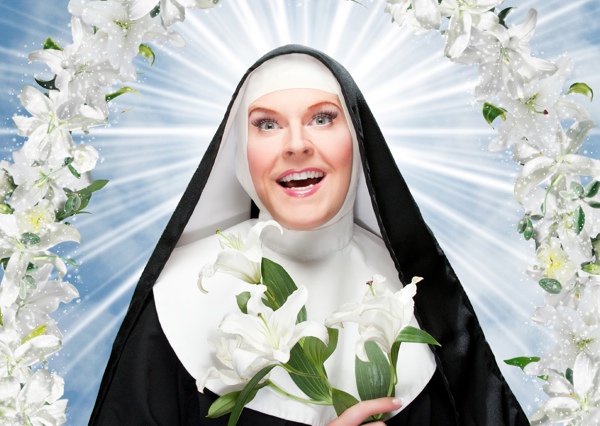 Is it ever alright to admit you fancy a nun? Probably not. And the stigma is presumably greater if you’re an Italian Catholic priest. But this didn’t stop Father Antonio Rungi. In fact, rather than whisper it to his fellow priests between the pews, Father Rungi decided to set up a competition on his blog in 2008 to find the most attractive nun. Open to ladies of the cloth aged to 18 and 40 each nun was represented with a picture and a ‘spiritual profile’. However, despite insisting his motives for Miss Sister Italy were to celebrate the women’s inner beauty, Father Rungi, and the competition, were swamped in controversy, and his church superiors cancelled the event. Perhaps they were worried there would be a swimwear section?

Also known as ‘Gay Christmas’, until 2012, AMI had been an annual fixture for the last eighteen years in Dublin. The event prided itself on shining a light on ‘gender augmentation’ and alternative beauty and performance; it was also open to all entrants from ‘men, women and anything else’. Over the years participants talents have ranged from lying down on a bed of nails to snorting cocaine and the winner would get their mitts on the much coveted Medusa Crown of Shamrocks. AMI may have gone but it’s legacy lives on—the event raised well over 300,000 Euros for HIV and AIDS awareness in Ireland.